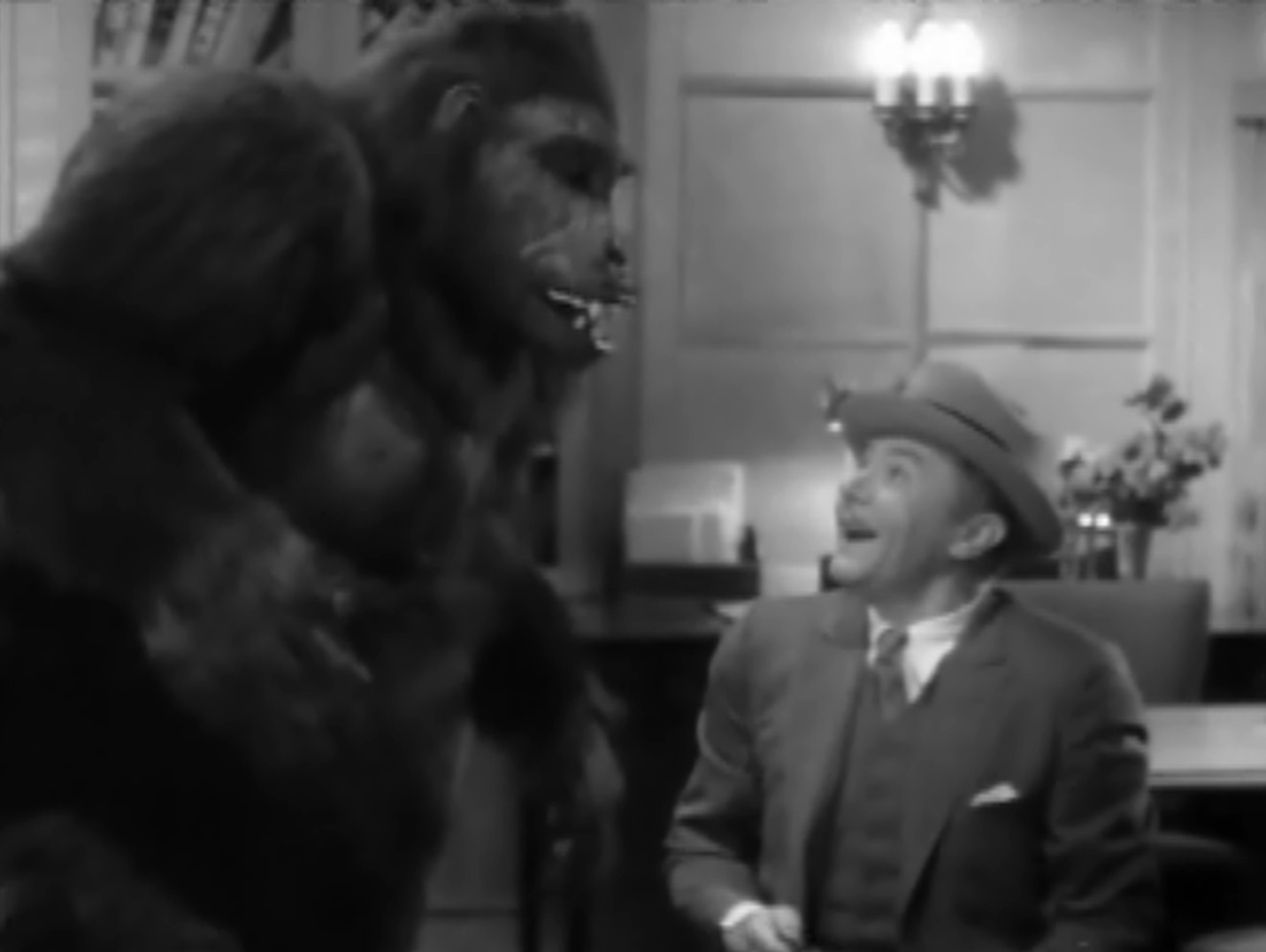 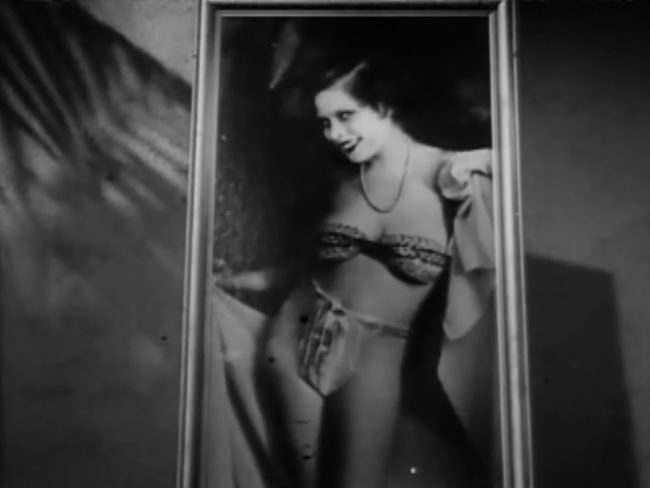 Murder in the Private Car: Off the Rails

“Does that face look familiar?” 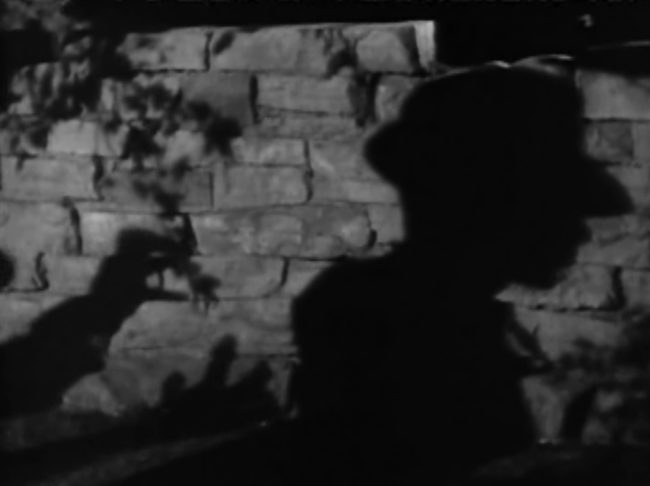 A run-of-the-mill switchboard operator named Ruth (Carlisle) suddenly discovers that she’s a missing heiress. She’s summoned east and brings along her best pal Georgia (Merkel). Also tagging along is a wealthy scion and wastrel, Scott (Ruggles), who fancies himself a crime deflector; he intercedes before a crime can be committed. He’s not very good at it, which isn’t very surprising. There’s a long roster of suspects, from Ruth’s boyfriend to her bodyguard, and they’re all trapped together in a custom railroad car that seems to have been designed by a grumpy Tod Browning.

Let’s not mince words; if you’re here for the mystery, leave. Despite the intensive setup during the film’s second half, you’re treated to characters disappearing, faceless men murdered, and a surprise reveal that’s more of a ‘huh?’ than anything– but more about that in a bit. In the same year where The Thin Man made comedy-romantic-mysteries trendy, Murder in the Private Car skips being a delicate mixture and instead heads straight to ‘frappe’. 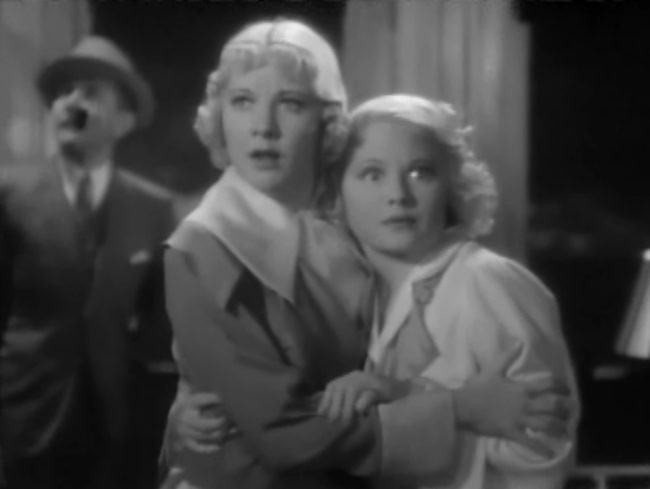 Case in point: this movie has filler. Yes, this is a 65 minute movie with a good 5-10 minute stretch where Charlie Ruggles is surveying the wreck of a circus train. He nods at one lion, smiling “Hello, Leo, any good pictures in town?” He’s also handed a kangaroo, to whom he makes a few wisecracks. And then that’s where the escaped gorilla comes in.

First, between this and Murders in the Zoo, was there some sort of focus group that insisted Charlie Ruggles had to banter at annoyed looking animals in all his films? Second, why have the ape subplot in the film? The actual plot to the movie could use five minutes of everyone sitting around and just hashing out what’s going on. Though, I have to admit, this sequence does lend an unevenly humorous movie its biggest laugh. At one point during the animal’s rampage on the train, there’s a knock on Ruth and Georgia’s door. Ruth freaks out, screaming “The gorilla!!” Yes, rampaging gorillas, famous for their polite knocking. 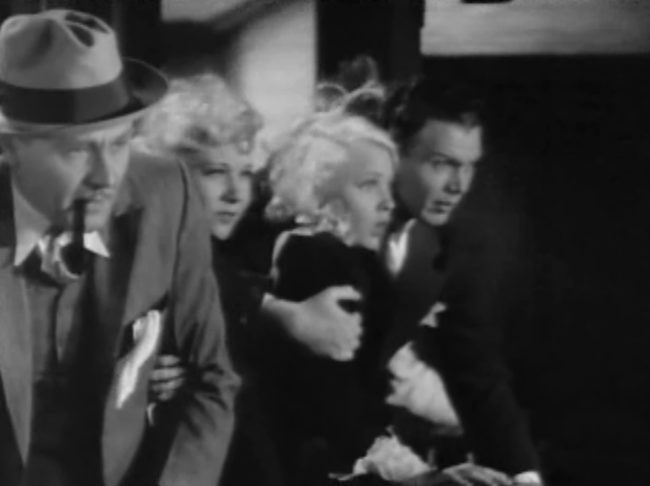 The gorilla’s death is surreal, because it’s not often you see someone run through a glass door, fall off a train, and then bounce off the bridge and into a river. This movie does nothing in half measures, that’s for sure. The reason the gorilla charges is because he catches sight of the train’s porter, Titus (Fred Toones); this a movie with such contempt for the black porter that during the death-defying climax, they almost leave him behind.

Okay, so real quick, there’s one thing I really want to bring up, because I’ll be remiss if I didn’t. 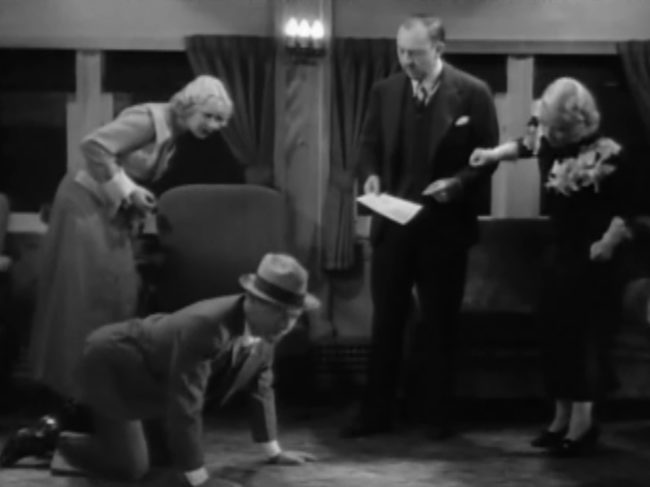 So the killer in the film is revealed to be Ruth’s uncle, out to revenge himself on his brother for cheating him out of a fortune. It’s further revealed that the

Because it reeeeeally seems to me that Charlie Ruggles was actually behind the whole thing. I know, bullshit postmodernism fan theories are awful and only make the world a worse place… but, still, hear me out. First off, how does the uncle, screwed out of a fortune, afford building a deathtrap murder car? Ruggles’ Scott is a buffoonish scion, either a genius or an idiot, who could certainly have the time and inclination to fashion a plot to try and get either Georgia or Ruth into a situation where he is the dashing hero. Further evidence: Scott corners and shoots the film’s villain completely off-screen. And that creepy voice that taunts Ruth as the train car becomes an explosive death trap– doesn’t that sound like Ruggles with a flat voice? 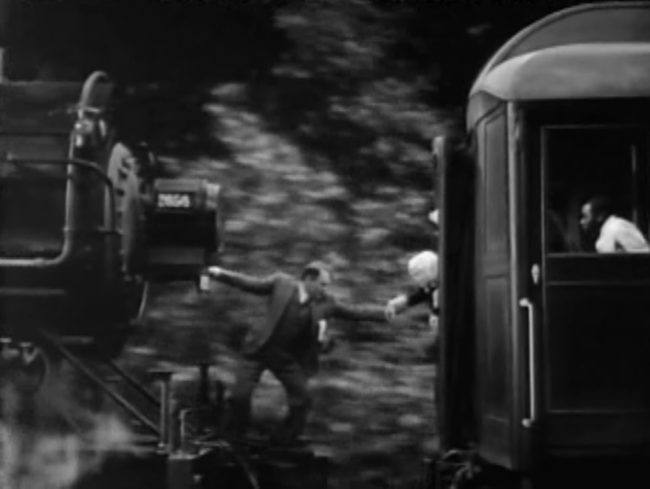 I mean, for a light comedy, I knew that wasn’t going to be the real ending. But, considering all the disjointedness of the whole affair, it makes more sense than the actual conclusion.

Outside of that, the film’s climax is rather action-packed. There’s a runaway train car and nitroglycerin, allowing the MGM special effects department to go hog wild with the rear projection. It only adds to the confused nature of the film. It has something for everyone, though any one person will probably find it a bit too much.

The acting is fine from Ruggles and Merkel, who make this kind of comedic stuff come easy. Carlisle and the rest are at the mercy of the film’s constant whiplash. It looks fine, but it’s completely crazy. I wanted something, anything to latch on and enjoy. Frankly, I’m just glad to be alive to tell the tale to you– so watch at your own risk.