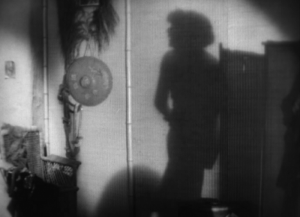 Bright Lights: In A Big City

“I don’t believe in misrepresenting myself to the press for the sake of publicity!”

By 1930, Dorothy Mackaill had been on the movie screen for nearly a decade. She’d played through silent films, both dramatic and comedic, against some of the biggest stars of the era as one of those flappers we’ve all heard so much about. She’d also made a name for herself as a light comedienne at First National Pictures. And, when sound came in, Dorothy came right along with it.

This resulted in a spate of films, some comedies, some musicals, and some dramas. Bright Lights falls into the first two camps, a musical comedy romp that includes a a murder just for fun. Mackaill plays a woman who’s worked her way up from dance halls to a big Broadway variety show and finally snagged the trophy at the end of the tunnel– a rich man.

This is much to the consternation of Wally Dean (Frank Fay) who’s been with her from the start and is deeply in love with her. But there’s another problem, besides the stiff playboy who adores Mackaill’s Louanne without expressing an ounce of emotion. That’s an old suitor named Miguel, and by suitor I’m using code for ‘sleazy importer who tried to molest and rape her back in the day who she brutally scarred and is now back for revenge’. You know, that old story. 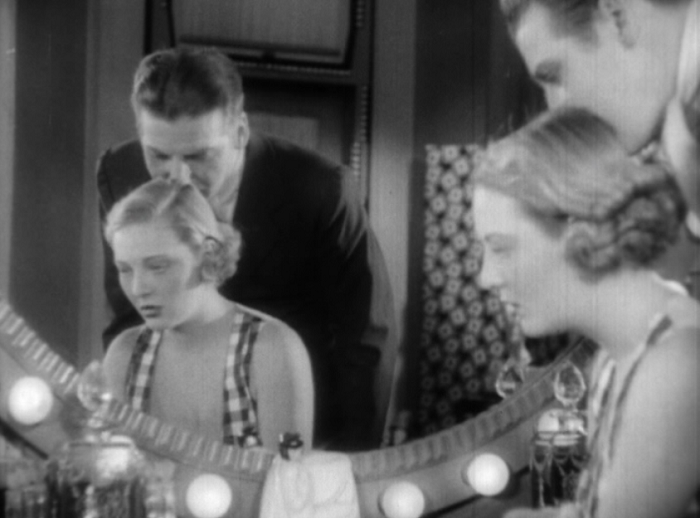 Dean intervenes and Louanne doesn’t even recognize Miguel before he’s dead on her dressing room floor. The murder is even more complicated since, as it’s the final night of the show’s performance, no one can be bothered to actually stop the show to sort out this whole thing.

That’s just the main thoroughfare of Bright Lights though. There are plenty of comedic sidekicks to keep the audience amused between the lengthy, and often impressive, musical numbers, which feature everything from an overview of New York, a college cheering section letting loose in choreographed semaphore, and Mackaill busting out the tails and top hat to be a man about town– only to switch to a magnificent gown shortly thereafter, and onstage to boot. Released almost a year to the day after the Wall Street crash, the film’s first number, a long ode to New York has lyrics like, “Wall Street, street of gold; millions lost, millions won, everyone has lots of fun!” So it ain’t Shakespeare, but its grandeur is undeniable, especially considering the number of female dancers with paper mache bear heads on. 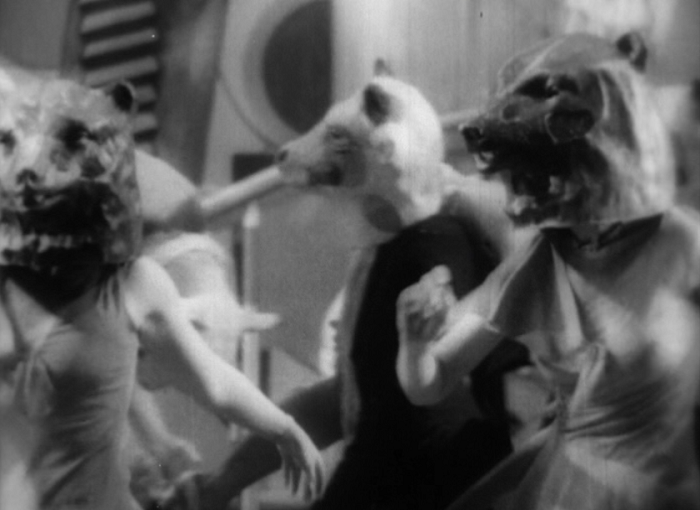 Can’t make this shit up.

But back to the sidekicks who compromise most of the film’s funnies. Peggy (Inez Courtney) and Connie (James Murray) are in the mold of Louanne and her rich beau, only Connie is being a bit more coy in giving a wedding ring to a chorus girl. Then there’s Mame (Daphne Pollard) and Tom Avery (Tom Dugan), a feuding married couple; Tom tries to murder Mame at the end of the movie with a sandbag, missing by a few inches only to break the fourth wall and assure the audience he’ll have better luck next time.

The entire show, though, is almost completely stolen by character actor Frank McHugh and his usual high fey laugh. He plays a well-marinated Broadway reporter who is there basically to pick out the blonde chorine with the best legs and do his best with them between gulps from his hip flask. Besides being humorously indifferent to the whole thing, he’s much more interested in annoying the blue bloods attending the performance than reporting anything about it. He also turns out to be the lynchpin of the film’s story, happy to falsify an account to the police for a night out with the haughty chorus girl. After all, Miguel sure seemed like kind of an asshole, right?

The completely callous treatment of murder in the movie is part of the fun, though. It’s a lark for the most part, with only the creepy relationship between Dean and Louanne. I’m defining creepy here in that Louanne catches him smelling her hair and finds him to be a jealous jerk who keeps getting her into trouble, but can’t help but desire the sweet lug anyway. Frank Fay, who is today best remembered as Barbara Stanwyck’s first husband and the one who successfully helped launch her career in the movies, comes across as arch and offputting for much of his role. He reminded me greatly of Robert Preston (from The Music Man), only lacking in the ability to summon any sincerity or charm. 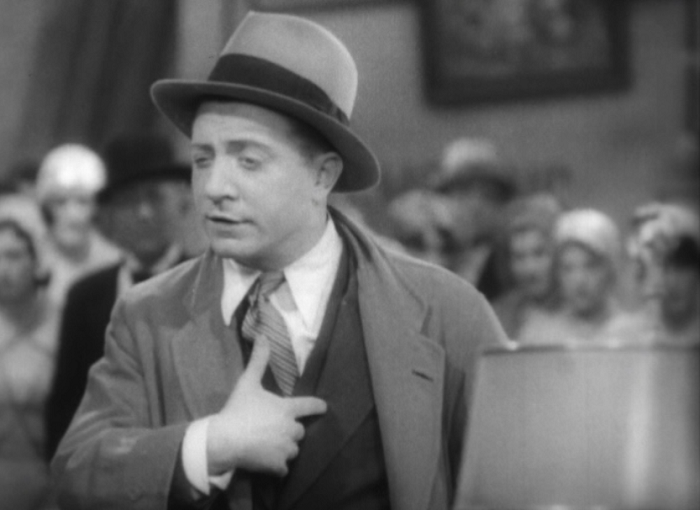 Shot through the heart.

That may feed into another of the film’s flaws: despite being the leading lady, Mackaill easily gets short shrifted in the film. Louanne never recognizes Miguel until he’s a corpse, and her only major decision in the movie is to switch boyfriends to guarantee Dean a happy ending. While she’s undeniably vivacious, she’s also buried under all the co-stars and gags– I wouldn’t be surprised if she was in front of the camera for less than half the movie’s run time.

First National was one of the biggest studios at the end of the silent era, but were taken over by Warner Brothers in 1928. The reduced prestige of First National was inherited by their stars, and Dorothy Mackaill soon found her career on the skids. Why Mackaill didn’t make it in talkies probably comes down to two things– while she was a good comedienne with a sweet set of dance moves, she was notably less glamorous than the crop of 1930s movie stars who came in with the talkies. Her pictures stopped making as much, and while she was forced into the same formulas as many of the other stiffs like Bette Davis and Joan Crawford, Warners obviously didn’t push her or give her many strong leading men.

But Crawford made the transition from flapper to star– why didn’t Mackaill? My best guess is that she simply didn’t want it as much. Considering she spent her 50+ year retirement taking only a handful of roles and enjoying her life on the beach at Waikiki, I have a feeling that she made as much as she needed, saw the writing on the wall, and left. Say what you will about stardom, but a peaceful, happy retirement spent simply enjoying life (and the occasional game of gin rummy) is nothing to sneeze at. 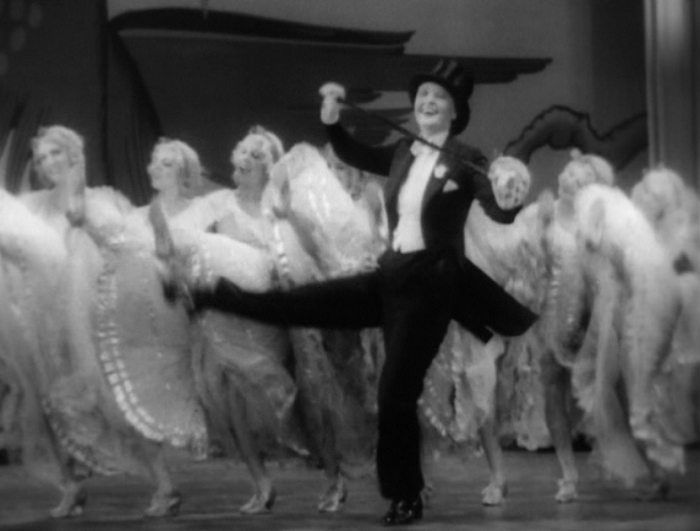 While Bright Lights could certainly earn comparisons to later pre-Code musicals like Busby Berkeley’s 42nd Street or the musical/murder mystery Murder at the Vanities, it will unfortunately not earn higher marks than either of the mentioned films. While the numbers are big, Mackaill’s dancing delightful, and most of the comedic sidekicks pretty funny, the movie itself is as much of a variety show as the one on stage– it never finds a tone or mood. It’s still a lot of fun though, and when you see Mackaill shaking her tail feathers with a big smile on her face, it’s easy to see why the world was once so in love with her. 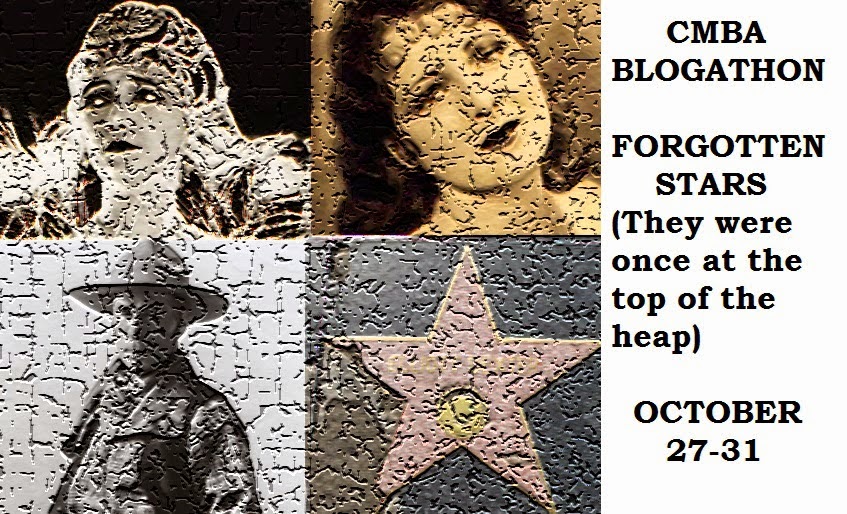 Great post, Danny. Dorothy Mackaill is a familiar name to me, but I have to scratch my head to try and remember her performance in anything. I think the only think I saw her in is “safe in Hell,” which was pretty raw. I think you are right about desire, especially at the dawn of the talkies. However, a 50+ year of retirement on the beach sounds pretty darn sweet.

A 50+ year retirement sounds pretty great right now, and I barely work right now. 🙂 Thanks for coming by, Marsha!

You had me at “especially considering the number of female dancers with paper mache bear heads on.” I have to see this. Leah

I didn’t talk about it too much, but the numbers are pretty great. Very creative, though not as out there as the Busby Berkeley stuff a few years later.

Enjoying life doing doing, but an occasional game of gin rummy sounds rather nice. I like knowing that a few stars actually opted for that, rather than continue in the cutthroat competition. Interesting read, Danny. I knew next to nothing about Mackaill so this was particularly enjoyable. And, Bright Lights sounds like it’s right up my alley – fun for fun’s sake.

Thanks, Aurora! I also updated my Mackaill biography for the event too. The more I see of her, the more I like her.

I have only seen Dorothy in a couple of films, none of them “Bright Lights”, but look forward to seeing more and envy her her luxurious retirement.

No surprise that McHugh steals the flick. That was his thing, wasn’t it?

McHugh has a nasty habit to steal movies that don’t belong to him, and he definitely gets away scot free here!

Sad to say I have never heard of Dorothy Mackaill before reading your post…which shows why it’s important to have this blogathon. It’s sad to think that she didn’t become a big star in the 1930s.

Thanks for posting this tribute to Ms. Dorothy!

Thanks. Hope you check out some of her films, they’re interesting little time capsules. Thanks for coming by!

Bear heads? Tell me more! Great post. I’m not at all familiar with Dorothy, and I confess I knew Fay only as Stanwyck’s first husband. Thanks for putting this film and its stars on my radar!

If you want to know why Dorothy is so well remembered today, definitely seek out Safe in Hell— it’s a virtuoso role and performance. Fay doesn’t come off very well here, and considering how stuffy he is (and his drinking), it’s no surprise he didn’t last long.

Okay, so there are two obvious bear heads on the dancers in the screen cap, but what is that animal in the middle? It looks vaguely rodent-like. Count me among those who’d never heard of Dorothy before this. A lengthy retirement in a tropical paradise sounds fun, but then, I was briefly “retired” for several months and was climbing the walls inside of a few weeks. (But then, I wasn’t in Waikiki either…) Anyway, a musical comedy featuring murder and performers in surreal animal masks can’t be all bad… : )

They’re wolves, I think. It’s during a big number on Wall Street, so there were lots of bears and bulls dancing around. It’s about as weird as it looks.

And I imagine Waikiki could make a lot of things palatable, even boredom. Thanks for coming by!

Didn’t anyone notice John Carradine making his screen debut, in the role of a Telegraph newspaper photographer among the crowd of newshounds listening to Dorothy’s wild stories, which of course we later learn are true.

I watched this on TCM the other day when it was shown instead of Joe E. Brown’s Bright Lights from 1935. It’s available on demand in the Watch TCM app until June 22.