“This death ray in the hands of Roxor means an end to goodness. An end to all that is noble. All that is sane.”

1932’s Chandu the Magician may be one of the most modern movies I’ve reviewed for this site. It’s the story of a magician with superpowers who fights an evil globe-trotting villain who is pursuing a massive death ray, and you can easily see its place in the worlds of Raiders of the Lost Ark, Romancing the Stone, the remake of The Mummy and the stirrings of just about every superhero film committed to the screen.

It’s a deeply silly movie, and burnishes that with pride. Edmund Lowe is CHANDU (formerly Chandler, a British army officer) who has trained under the mystic yogis of the far east. He can walk through fire! He can make people see things that aren’t there! He can make a rope float in mid-air, make some kid climb it, and then make both disappear with no mention of what just happened to the kid! He’s just that good! 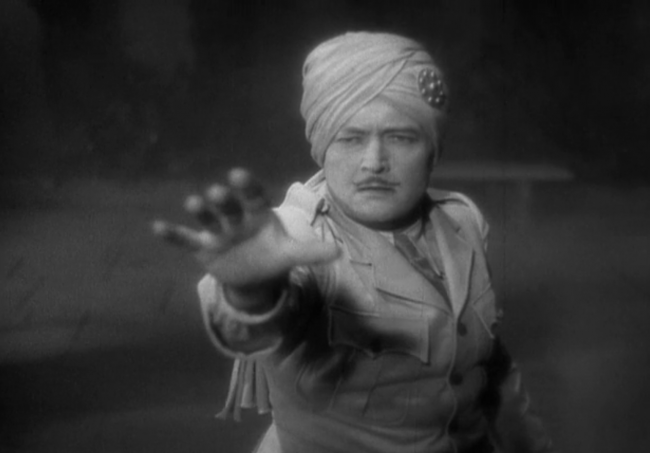 “Luke Skywalker has got jack on this.”

Chandu’s finally completed his training when his boss yogi takes him into the den and has him check out a crystal ball. There’s trouble in Egypt. Chandu’s brother-in-law has recently moved there with his family to complete his life’s work. Chandu muses:

“Yes, for years, my brother-in-law has worked to perfect a death ray, strong enough to destroy whole cities… but he’s never found it…”

Oh, you know. As brother-in-laws are wont to do. Unluckily, brother-in-law Robert (Walthall) has aroused the attention of Roxor (Lugosi) who is on a whole tangent about controlling minds, ruling the world, etc. Roxor kidnaps Robert, and it’s up to Chandu to swoop in and protect the family while trying to stop Roxor from getting control of an immense destructive force. 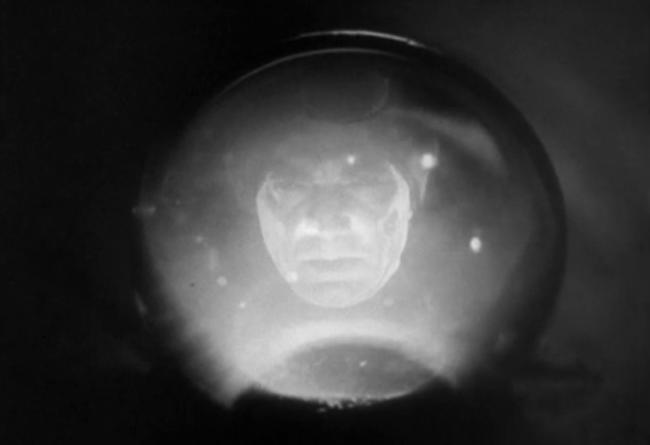 Chandu isn’t very good at it, even though the astral bells play every time danger nears (and an angel gets its wings, I’m sure.). Things get even more confused when he reacquaints himself with Princess Nadji (Ware), an old flame of his who clearly reciprocates the feelings. Nadji’s an interesting character, bold and playful. The only difference between her and a modern heroine is that she throws fewer punches and isn’t given a villainous underling of her own to maim.

There’s a lot of other shockingly modern attributes to the movie as well. There’s the strict adherence to the action movie formula, and the dopey reliance on special effects to keep things moving. Even Lugosi’s vaguely Eastern European accent helps to modernize the proceedings (when’s the last action movie you watched that was missing one?). The only thing it’s lacking is a sense of irony. Chandu is enjoyably sincere. 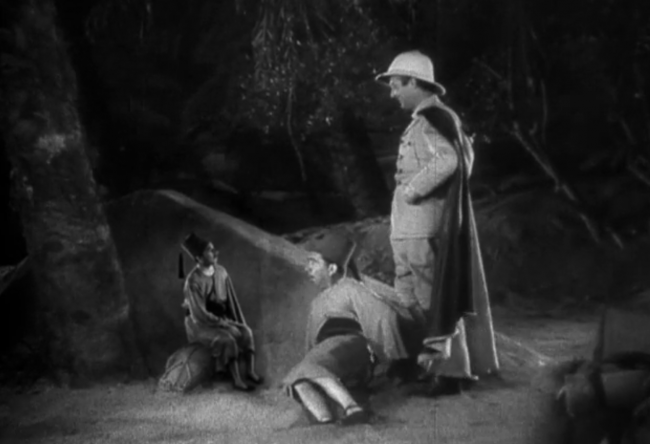 “It’s hard to believe you’ll be in Calvacade next year, eh, Mundin?”

Chandu the Magician is also a great fucking looking movie. Co-director William Cameron Menzies makes this one of the first films to actually closely mimic the pulp comics of the time, and the detail is stunning. Besides a great use of shadows to convey the sinister and the haunting lighting he uses all over Lugosi, the movie has a fascinating connection to textures. Sandstorms whip through, and the skin of the natives is often muddy and grainy. This is heavily contrasted by the sleek whiteness of the film’s heroes, especially June Lang who is to be auctioned off to a crowd of aroused Egyptians while her silky smooth nightgown clings to every curve.

(And if you’re just now picking up that there may be racist undercurrents in a movie about a white guy using mystical powers of the east to mind control a bunch of Egyptians, congats.)

It’s actually physically impossible for me to write about this movie without mentioning two Boris Karloff movies that came out around the same time, The Mummy and The Mask of Fu Manchu. (And I know, I know… Karlofffffff.) This film serves as a weird bridge between the two. It has all the racial paranoia of Fu Manchu plus the same exquisite scenes of torture and a great deal of white panic. But it also focuses more on the mysticism and the eerie unknowable world that so haunts The Mummy. Chandu improves upon both with a plot that runs like a sleek machine, keeping the dopey thrills coming one after another. 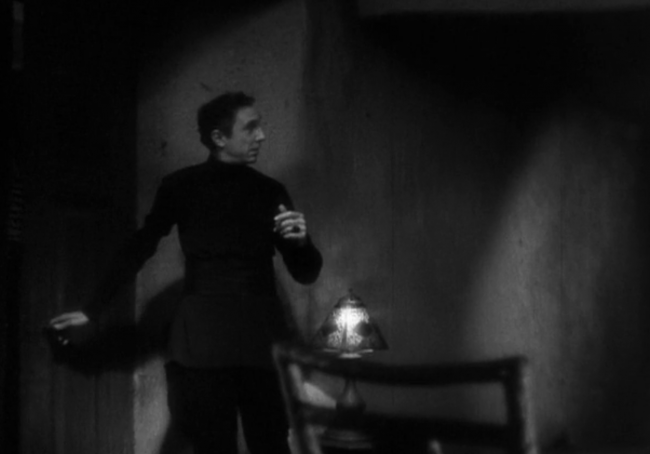 “It must be sexy Bela time. I love that time!”

Edmund Lowe, as the lead Chandu, delightfully underplays his role, making the character a charmer who seems to have just gotten mixed up in the whole yogi thing out of a belief in good rather than any devotion to Eastern ideals. (This seems especially noticeable when he makes absolutely no value judgements on his brother-in-law building a death ray. Not even a, “Hey, that is kind of weird, isn’t it.” sort of pronouncement.) Bela Lugosi is very Bela Lugosi-y, still young and vibrant and absolutely dashing in a weird sort of sense. The rest of the cast is fine, with Irene Ware being one of the more capable-seeming action heroines of the time, even if she doesn’t even get to throw a punch.

Chandu is enjoyable pulp, and, once you see it, you’ll be shocked at just how new it feels. … And maybe a little saddened, too.

On the radio the nightly recital of Chandu’s adventures contrived, in the well-remembered manner of Pauline and Elmo the Mighty, to open with an escape from an impossible dilemma and to close with a plunge into a more impossible one. Not unexpectedly, this screen version has the same clutter of climaxes from which the great Chandu emerges every five minutes with the same facility. The result is whooping entertainment for the children and a series of naïvely juvenile escapades for the grown-ups.

The imagery in this film is bloody brilliant – I mean, check out that phallic-looking snake in the last GIF 😉

And any movie that contains “sexy Bela time” is a movie for me!

I watched this nutty film with my husband (a research scientist) recently, and he says he never understands movies featuring a scientist who wants to rule the world. He said in his experience, scientists don’t even want to manage their own staff.

Ok where’s the link to watch this public domain for free? The other 2 Chandu are online, why not the original?
Please upload ASAP!!!!!!

Things I did NOT see:

Wait the blog owner has… A wife? Danny or danni? Bi weekly or jut “bi” *wink* dunno of any straight guys preoccupied with “sexy time” when watching Béla Lugosi but whatever floats your sarcophagus, bro! 😉

What I did see: a long boring film with un-charismatic actors, most of them ugly, (except for the women) that I thought would never end. Even Herbert Mundin wasn’t at his usual best and could not save this one. I rate it much lower than IMDb’s 6.3 (seriously? Drunk IMDb voters fail yet again!)

Been searching high and lw for this one for weeks. What a huge disappointment. I think Béla Lugosi must have been as bored with this one as I was: he never really brings it and I nearly fell asleep watching this droneville!