The Animal Kingdom: Chewed Up

The Animal Kingdom is what we can refer to as ‘a sophisticated drama’, one which fulcrums on sex and desire and money and power, all told with emotionally charged dialogue and relationships scrunched up into an inch of their lives.

Tom (Howard) is a spoiled rich kid with artistic leanings– leaning so far as to keep an intimate mistress named Daisy (Harding). Daisy is an artist who does magazine covers but strives for more. While the sex has been agreeable, neither see much of a future for a relationship until Tom falls for socialite Cecilia (Myrna Loy), whom his father heartily approves of. The only trouble is that he’s about to tell Daisy of his engagement to Cecilia the same night Daisy reveals her true feelings for Tom. 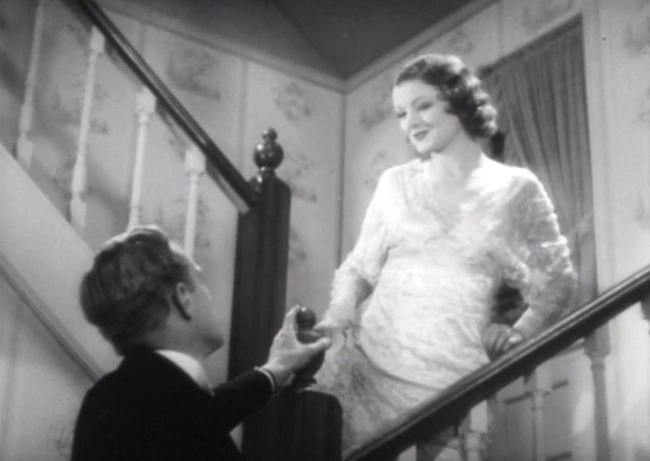 “Why don’t you come up and see me sometime?”

One of those ‘missed connections’ romances ensue, where no one is quite in the right place at the right time to truly be in love. This is leavened, to a degree, by William Gargan as ‘Red’, a former boxer that Tom keeps as a valet to add some color to the picture and to try and make Tom seem less insufferable, to mixed success.

What it comes down to is a rather trite ‘snobs versus slobs’ allegory– rich Cecelia versus down-to-earth Daisy. Tom is briefly tempted to the pampered life by Cecilia’s allure (my entire character note on him reads “super-horny Leslie Howard makes some mistakes”), but, in the end, he’s just too cool for those stuffy losers. This ideal of art triumphing over money continues to be a liberating one in films– all those punks upstairs have is a gilded whorehouse– but here it lacks much depth or intrigue. 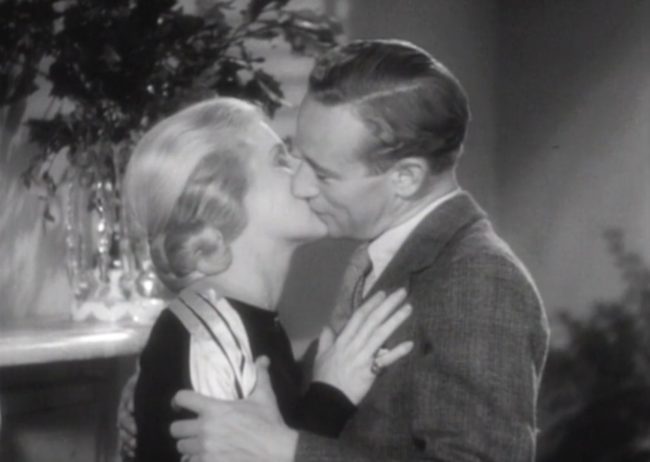 Tom’s charms are lost on me, with Howard lighting up far more with Gargan than either romantic lead. Meanwhile, Daisy is, as played by Harding, too fluttery to really have been anything but transparent in her affection for Tom.

Loy’s Cecilia is the brightest attraction, figuratively and literally. Still in transition between her exotic roles and her more sophisticated fare, here she is blatantly naked in her intentions and desires. She is willing to use sex to whip her deadbeat husband into what she considers a successful one– a man who fits into the mold his father had made him. 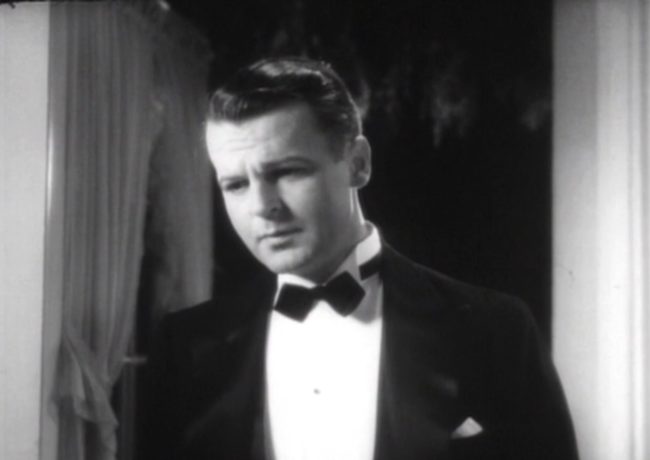 One big problem that I kept coming back to was in comparing it to another Ann Harding and Myrna Loy film from a couple of years later, When Ladies Meet. That is a far more textured and nuanced exploration of women competing for a man who certainly doesn’t deserve their attention. It’s not as easy to get a hold of, but very much worth the trouble.

The Animal Kingdom is talky and sly, but not exciting. The most memorable visual was the a full length shot of Howard standing in a room in grim reflection, which is not exactly dynamic cinema in action. While it is a very serious movie about some serious ideas, it’s simply a puzzle with too few pieces. 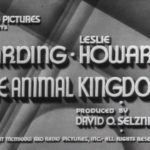 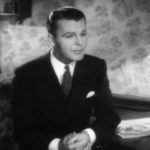 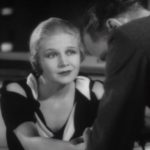 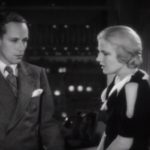 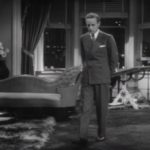 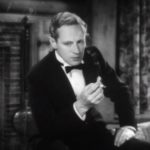 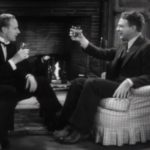 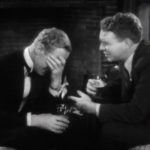 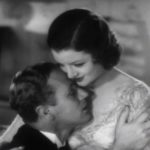 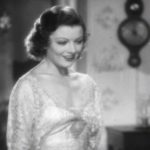 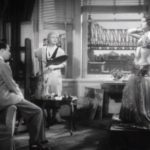 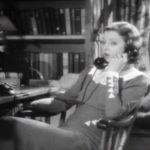 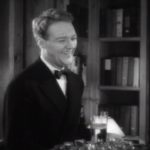 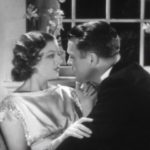 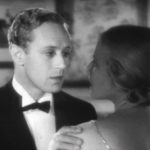 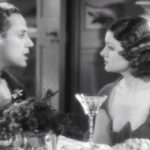 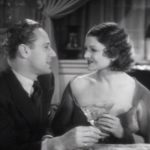 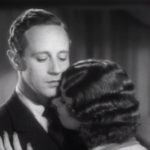 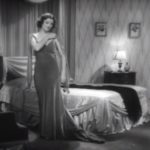 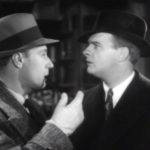 Still, before she was awarded the role in The Animal Kingdom, Loy had to make a test. Director Griffith talked Leslie Howard, the film’s star, into acting opposite her. Loy recalls that her “wonderful Mexican maid, Carolla, who always pampered me, fixed scrambled eggs laced with garlic sausage before I left for the studio.” The test went fine, although Loy noticed that Howard – who would later come to adore her – seemed a bit stand-offish. When she asked Griffith what Howard thought of her, the director replied, “He thought you were very good, but wondered if you always eat so much garlic.”

According to files in the MPAA/Collection at the AMPAS Library, RKO considered re-issuing Animal Kingdom in 1935 and 1937, but was informed by the PCA that they would not approve the film for censorship reasons.

Hi, Danny — I liked The Animal Kingdom a lot more than you (in fact, it was my pre-code pick for this month!), but I absolutely loved your write-up. I not only admire your turn of phrase, but you made me laugh, too! And first thing in the morning on a rainy, 60-degree summer day in Chicago, laughter is much appreciated! 🙂