“I wonder who killed him…”

The Life of Vergie Winters is another one of those films about how you should never trust a man who says “Don’t think, just love me!”. It’s a beautifully made RKO production, one of those kitchen sink dramas that siphons everything from Forbidden to Strange Interlude. It’s got a lot, sans much excitement. 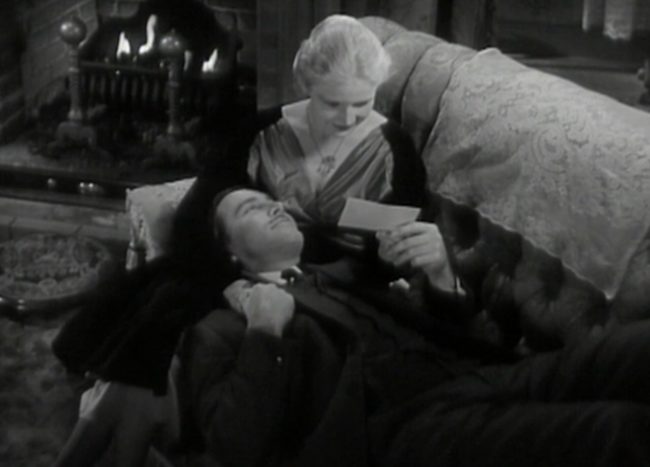 In a small town in Illinois, Vergie Winters is in prison for murder as Senator John Shadwell’s body is being laid to rest. Dozens of people muse on what’s led to this sad end, and, through flashback we see how this town’s fortunes had changed in the previous 20 years– booming, aviation and war led the rich to get richer and put a deeper and sharper wedge between Vergie and her lover– John Shadwell. Vergie has a daughter whom John and his wife, Laura, adopt the girl and raise her. John and Vergie keep their passionate love affair secret, but it’s constantly threatened to spill out,

The movie creates a town filled with life– the gossip mongers, the kindly rich woman with a kind streak, the lusty men, and the various romantic rivalries that ensnare reality. There are a lot of details and double crosses hidden within, as the film carefully detail’s society’s urge to grind people into dust. The biddies who plague Vergie, Laura’s casual cruelty, John’s political rivals who get a dopey kid killed, all of them seek out their own self satisfaction with a complete lack of empathy. Of course, the leads are in their own selfish world of romanticism, but at least they like each other. What a statement. 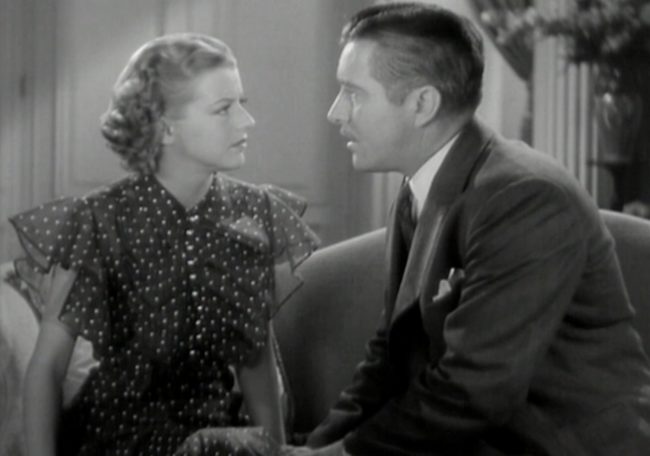 After an interesting start, the movie never quite coalesces. This may because much of the film is mostly composed of scenes of women wondering in and out of Vergie’s millinery and sharing gossip. The affair itself is mostly just general hanging out and a few brief snuggles on the couch.

The film is well made, but it’s still awash in issues. For example, it’s hard to imagine a person less interested in being a politician than Shadwell, and Boles just showcases his love for Vergie in and out and only. My biggest beef, though has to be that the film ends with an off-screen deathbed confession I 100% don’t believe in, which leaves a bad taste. Laura and John’s marriage has no internal life, and Vergie lives only for John. There’s not enough turmoil; Vergie’s almost too gleeful about her awful circumstances; it’s not hard to suspect she’d rather have John as the object of obsession than actually have him. 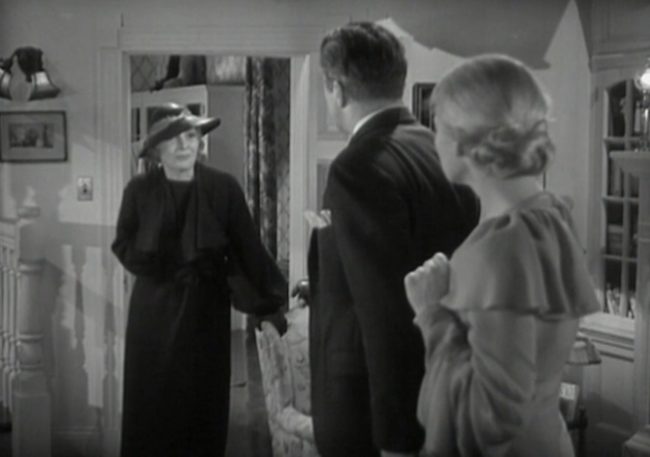 Ann Harding is good, but a bit sedate. Betty Furness is RKO’s stealth great young actress who deserved to go bigger, but sadly never did. Everyone else is okay, including a young Lon Chaney Jr. And Helen Vinson is probably the best among the main cast for playing someone so shallow but also unimaginably cruel.

But while there’s a definite class to this production, it’s overall effect is middling. It’s a very devout movie to a certain kind of love, but that love is so two dimensional that it’s impossible to get invested in. This one is for completists only.

Joseph I. Breen, Director of Studio Relations of the MPPDA, warned writer Jane Murfin and producers Pandro Berman and William Sistrom in a March 27, 1934 letter that the film probably would be denied approval because it tended to “justify adultery.” After several “final” scripts were sent to Breen, he gave his approval on April 27, 1934. In July 1934, The Life of Vergie Winters was included on the Catholic Church’s “films to be boycotted” list, which was published in Hollywood Reporter. In addition, the film was banned by the censorship board in Chicago, as noted in a Film Daily news item.

One Reply to “The Life of Vergie Winters (1934) Review, with Ann Harding and John Boles”