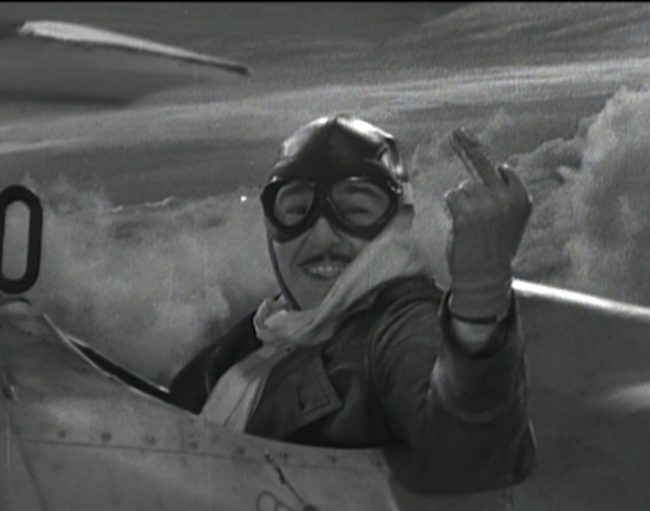 “One for all, and all for one. To the squadron.”

“To the birds that were lost.”

They say history repeats itself, first as tragedy and then as comedy. The flyers of The Lost Squadron are far too privy to that, seeing their noble service as the surviving aces of the first World War suddenly cast large on the big screen at the service of silly melodrama. 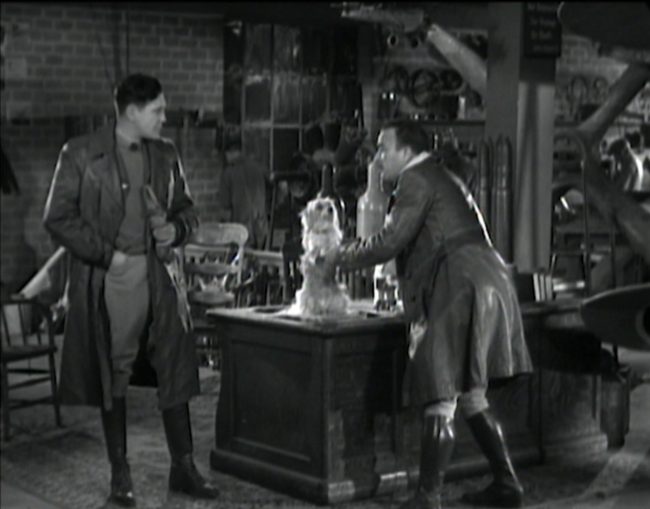 The men are the last surviving original members of their squadron– their leader Gibson (Dix), the sarcastic blowhard Woody (Armstrong), the young hotshot (McCrea), and their loyal if dopey mechanic Fritz (Herbert). They fight up until the last minute of the war and leave it ecstatic– they’ve done their bid for king and country, and now the rewards are theirs to reap.

But to students of history, we know that’s not what they ended up with. One by one, they’re blamed, bankrupted, and cuckolded. They end up on the road and the years into Depression. Jobs come and go, but the squadron sticks together, for the most part. Woody disappears, but finally resurfaces in Hollywood where he’s a stunt flyer in the pictures. They reconnect, and suddenly the possibility of doing what they love for a good wage doesn’t seem so remote. 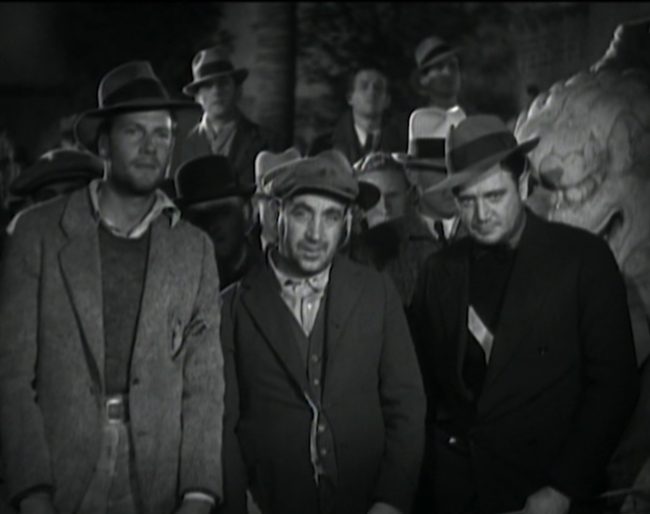 Thanks to pictures like 1929’s Wings and 1930’s Hell’s Angels, aerial combat was big business in Hollywood, a move that the flyers and The Lost Squadron finds pointedly ironic. The pilots in this film are much like those in Hollywood at the time– real life daredevils who  find themselves in a  burlesque of the war they fought through.

After signing up with Woody, they quickly find a further irony– they’re now risking their necks at the whims of a tyrannical German director named Von Furst (von Stroheim, satirizing his own image as an unforgiving auteur). They accept this twist of faith with good humor, though Von Furst seems eager to push the boundaries– especially as his wife, Follette (Astor), is Gibby’s former flame and seems to have a few regrets about how the affair had ended.

The film’s last act involves the squadron covering up a murder that gets the movie a bit astray from its emotional core, but it does connect up with how camaraderie is the only real thing these men have after all of the cruelties and embarrassments that the world has handed them.

There’s much to enjoy in The Lost Squadron, as it skewers both Hollywood and the then-current political climate. There’s a streak of disillusionment that’s a mile wide, bolstered by Richard Dix’s grim determination and Robert Armstrong’s gleeful profaneness. Hugh Herbert has a nicely understated role, too, as a lifelong screw-up who is good natured about it and just happy to have found a place to belong.

The film’s finest feature are the number of dizzying stunts it showcases, with some of the best stunts of the era on display. Real care and detail went into the dogfights, and, as appropriate for the story, many are jaw-dropping.

(One brief digression– while the casting of von Stroheim as a imperious director was certainly meant as a jibe at his own personal history, was the same meant when they cast Mary Astor? Her husband, Kenneth Hawks, had been killed in a plane crash only a few years prior. Considering the number of plane-related fatalities in the film, this seems unlikely to be a bleak coincidence.)

The Lost Squadron does well in capturing not just the feeling of abandonment that many veterans felt post-War, but how society actively profited and ridiculed the work that they’d done. The movie could have been a little more merciless to make its point, but it stays true to its core squadron. Now they survived history as a tragedy, and they’ve survived history as a farce; what comes next?

A special mention goes to the fearless stuntmen behind the incredible aerialfeats in The Lost Squadron. Daredevil pilot Dick Grace not only wrote the storyupon which the screenplay was fashioned, but he was also the lead flier. His fellow stunt men were Art Goebel, Leo Nomis and Frank Clarke. Before computers and graphics manipulation, these men were the real deal. Imagine them showing up at the tiny Wilson airport in Van Nuys, California in the cool of morning, in 1932 to do their scenes. Imagine them as they climb into their aircrafts, which now look like ancient artifacts or boxes with wings – the Waco 10, the Bristol Fighters and others. Then imagine these men as they fly higher and higher into the sky, performing gravity-defying feats while risking their lives for the sake of a motion picture. For once the PR people at the studio were being truthful in their pre-film publicity for the film: “Wingmen of the Hollywood skies courting death.Plunging, zooming, climbing, crashing that a madman below might create on film the supreme thrill to shock the world.”

The film is based on a story by real-life stunt flier Dick Grace that had originally appeared in Liberty magazine. RKO bought the Grace story in August 1931 and early notes from Film Daily also hint that they had planned to star him, though that doesn’t seem very likely. Grace did appear in the film as a flier—can anybody point him out?

One Reply to “The Lost Squadron (1932) Review, with Richard Dix, Mary Astor, and Erich Von Stroheim”