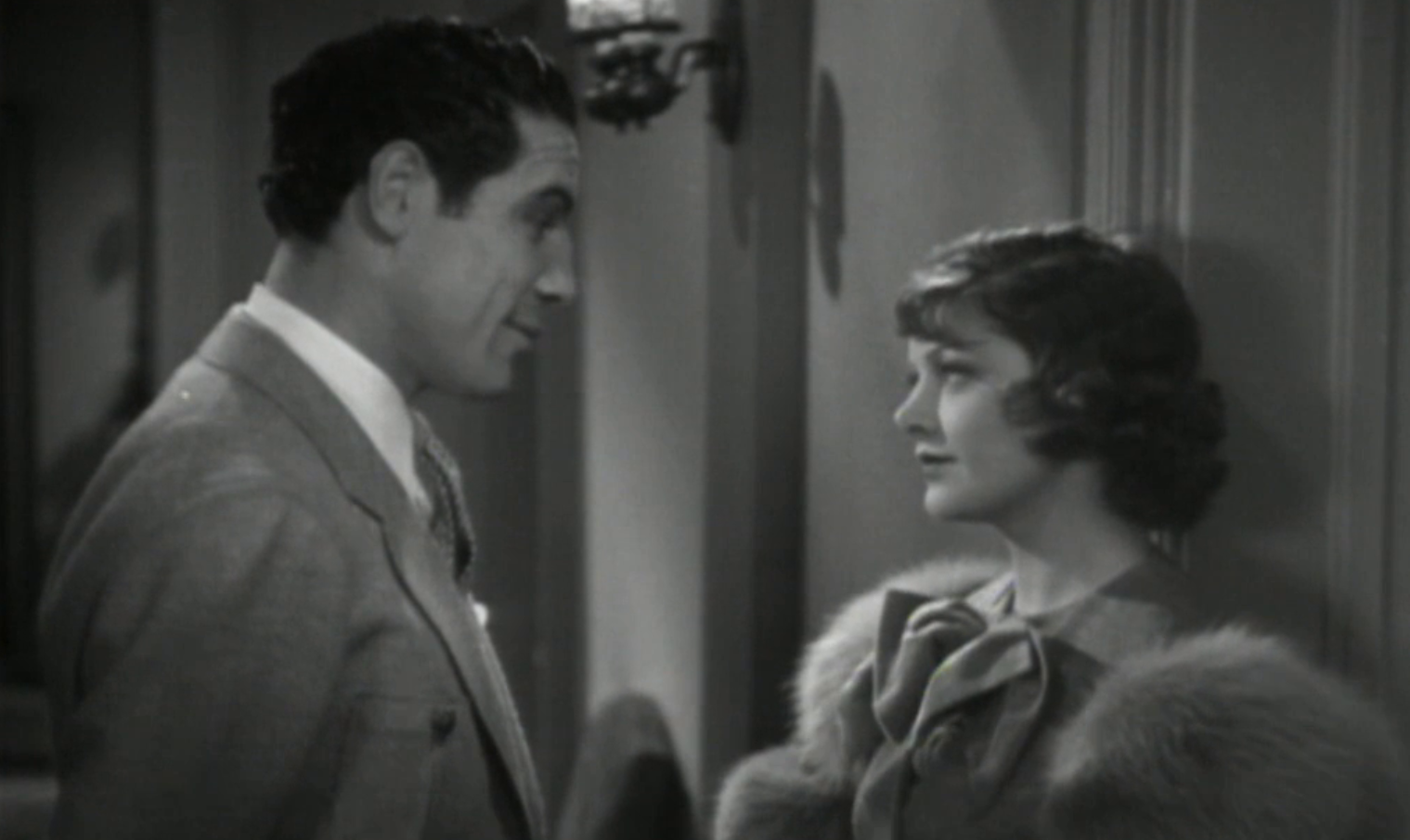 Prizefighter and The Lady: Down for the Count

“What are we going to do with this little boy of ours?”

So I have a kid now. Will all of my movie reviews somehow circle back to that? Sure, why not. The thing they don’t tell you about having a kid is that that wide variety of products meant to sail your tot off the land of nod will, in fact, make you very, very sleepy as well. So as strains of lullabies get through my headphones, they gently sync up to the film on the screen. It was hard not to snooze.

The Prizefighter and The Lady is a pretty basic film. A gangster’s moll (Loy) meets and falls for clean cut but egocentric boxer Steve (Baer). The gangster (Otto Kruger) graciously bows out, while Steve goes under the tutelage of the Professor (Huston), a reformed drunk who sees his big chance. Steve becomes a big star but becomes too big for his britches, pursuing more than his fair share of comely dames. He drives everyone away until his big bout with the world champ, at which point he gets the crap beat out of him and everyone forgives him.

There’s really no flavor to the affair, as I think the movie actively took away from my knowledge of boxing as a sport. That’s kind of funny since the main attraction for this film is its star, Max Baer, a real life boxer and the inspiration for the villain in the movie Cinderella Man. He would become the world heavyweight champ a year after the film was released, but while it was being made, he was a boxer with personality. Novelty athlete casting was all the rage– Nat Pendleton, Buster Crabbe, Johnny Weissmueller, etc.– and Baer was on the low end of that particular bell curve. He’s sympathetic, but thick. There’s a certain quiet desperation in his smirking, and the film’s desire to make even his flaws seem flawless is aggravating.

Baer even gets his own extended musical number just because he’s so great. It’s a ridiculous little thing, a pantomime about how strong and awesome he is that features a dozen cuties dancing around him in a simulacrum of his workout routine. It’s bizarre– even weirder than Myrna Loy’s two (obviously dubbed) numbers. The number is a showcase for Baer, but in reality just demonstrates his (or his character’s, if we’re going to be generous) wooden chops. He also rarely gets a closeup, as his craggy face is certainly the recipient of many more hard knocks than his character Steve ever gets in the film.

There’s also a bevvy of other boxers who make cameos in the film, including Steve’s final opponent Primo Carnera, who manages to come off with a bit more charm than the lead. The rest of the cast is good– I mean, it’s Myrna Loy, for Christ’s sake. Huston’s part is pretty basic, but he gets the point across. And Otto Kruger’s wide eyed madness when confronted with losing the woman he loves is one of the highlights of the film.

Though I should note that for a 100-minute film, the highlights are sparse. Though W.S. Van Dyke and his cast all perform the tale with a great deal of warmth, they’re humoring the material. This may be the closest I’ve been to seeing MGM as a whole slumming it.

[Screenwriter Frances] Marion dismissed the story idea as warmed-over pudding, but was ordered to proceed by studio head Louis B. Mayer. After working on the script for weeks, Marion turned it in only to find out that Clark Gable was no longer available to do the film. Instead, the studio had signed the real-life boxer Max Baer to star, with the story’s focus shifted to the world of the boxing ring. Major re-writes were needed to accommodate this significant premise change in the newly re-titled The Prizefighter and the Lady, and Marion wanted nothing to do with it. “Gene Tunney (Heavyweight Boxing Champion 1926-28) is my friend. He married a beautiful society girl – and they might think that I have exploited their love affair,” she pleaded with a studio supervisor as remembered in her 1973 autobiography Off With Their Heads. “Just tear up that manuscript and find another story – dozens of that genre have been published.” The studio supervisor reminded her not-so-nicely that she was contractually obligated to do as the studio said, so she re-wrote the script to accommodate the new boxing angle.

Professional heavyweight boxer Max Baer made his screen debut in the film. At the time of the film’s production, Primo Carnera, who also made his screen debut in the picture, was the world’s heavyweight boxing champion. Baer was considered the main contender for Carnera’s crown, and in 1934, he defeated Carnera for the title. Variety notes that Carnera refused to be knocked out at the end of the film and agreed to the draw decision in the script only after the studio added an extra $10,000 to his $35,000 salary.

What’s strangest about the scene is the film’s relationship with the viewer–it certainly appears the audience is supposed to be cheering Baer win, after spending forty minutes of him acting like a complete jerk and however much time before with him acting like a moderate jerk. […] Whatever lesson Baer’s supposed to have learned through the running time, whatever change he’s going to make to his life, whatever development… the film’s indifferent. He’s a hero because he’s a real-life boxer; he’s not accountable for his actions.

3 Replies to “The Prizefighter and The Lady (1933) Review, with Myrna Loy, Max Baer, and Walter Huston”