The Telegraph Trail (1933) Review, with John Wayne and Frank McHugh

“Don’t get too close! Remember– women is tricky!”

A bit of giddiness overcame me during the playful introduction to The Telegraph Trail. Fran McHugh in a low budget Western! How’d he sneak in there?

And he’s a boon to be sure, even if the film really feels its reused footage. This Western sees John Wayne and loyal horse Duke traveling to help finish connecting the continental telegraph wires. Tagging along is McHugh as comic relief and woman hater. Unfortunately, the Indians are against the wires that threaten to bring even more white soldiers their way, and the imperious Gus Lynch eggs them on. Lynch also has his eyes on Alice (Day), though she falsifies a story about he-man Wayne that makes him out to be her lover even though they’d never met. The relationship has a nice edge to it that most of these soapers seem to lack. 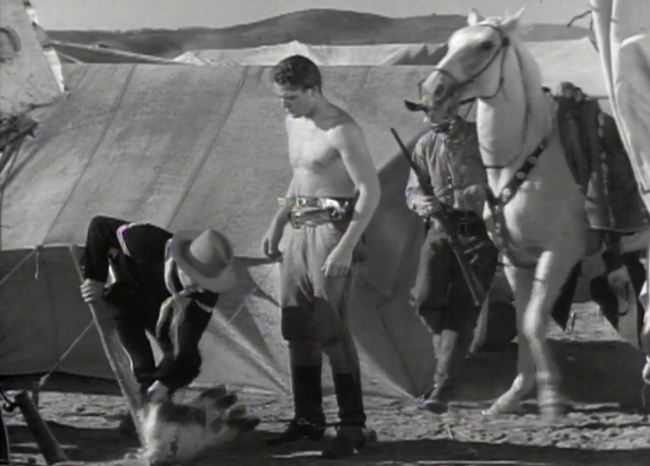 “My disguise was flawless!”

However, much of the second half of the film is an Indian attack on a set of circled wagons, but it grows deadly dull fast. Of course Wayne will make the call in time for the cavalry to come out and of course Wayne will… uh, put on a headdress and sneak through enemy lines pretending to be an Indian. Well, maybe that second half isn’t predictable, but it’s still rather dull considering how often these movies managed to kid themselves a bit. Even good ol’ Duke only gets to kick a few Indians towards Frank McHugh’s rifle butt, saved from heavy lifting this go around.

It’s too bad, since the movie is so promising. But by the end the low budget and low expectations shine through, and it’s all endless, numbing spectacle. Along with its treatment of Natives as simple dimwits, it eventually becomes unpleasant to even watch. The movie is just too dumb and not enough fun. 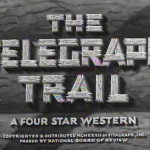 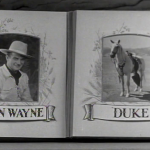 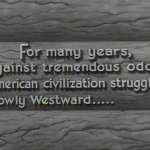 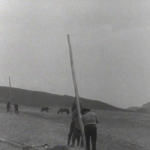 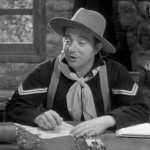 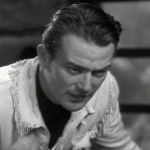 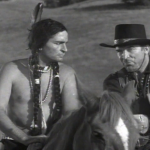 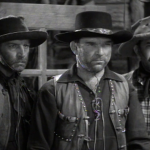 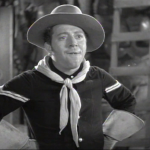 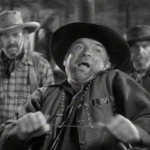 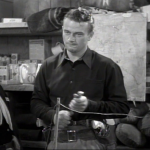 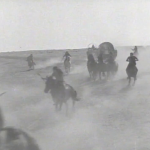 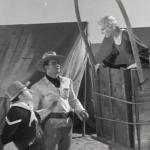 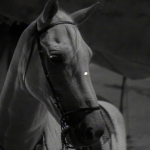 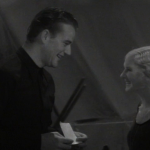 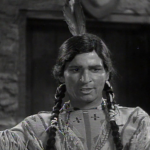 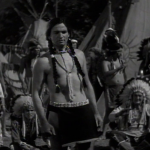 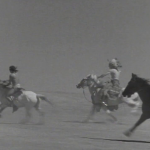 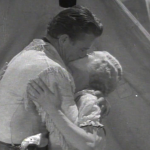 It was Wayne who suggested bringing in “Yak” Canutt, his pal from the Mascot serials, to play High Wolf and to handle the stunts in The Telegraph Trail. Canutt, a former champion rodeo rider, would become a legendary stuntman and second-unit director, noted especially for his handling of the chariot race in Ben-Hur (1959). He would win a special Oscar in 1967 for his contributions to film. He was a stunt double for Wayne through the 1930s, and the two became great friends. They enjoyed razzing each other, and Wayne kidded Canutt about his sparse hair by saying, “You’d better grease some color into your hair if you’re doubling me!”

It is said that Wayne based his Western-hero character upon Canutt in some ways including that rolling swagger and the quiet, terse way of talking. Wayne biographer Mike Tomkies wrote that the actor also patterned his portrayal of anger after Canutt, telling him “I’ve seen you when you’re really mad, and I know you’re tough. It’s a kind of smile and a straight way of looking at a guy and the voice drops low… I’m going to copy you when you really get mad.” Canutt also helped Wayne refine his graceful style on horseback.

And once again, someone has given Frank McHugh’s character a name that makes him sound like a pet dog. Tippy?