The Truth About Youth (1930) Review, with David Manners, Myrna Loy and Loretta Young 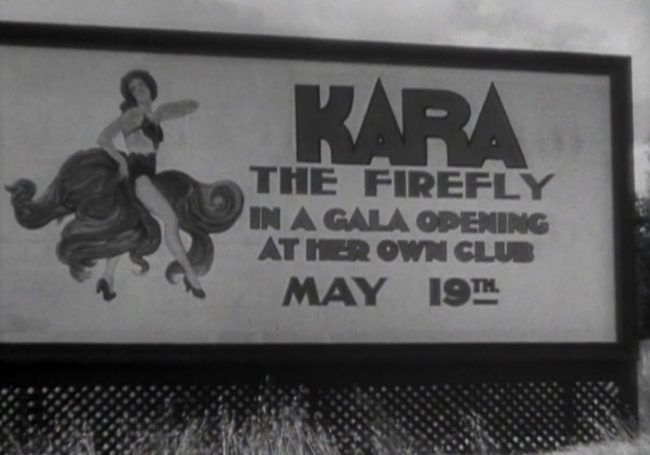 “For youth must have its fling, lad, and every dog its day.”

I finished a book last night called A Field Guide to Lies. Most of it is a peon to skepticism and a bunch of Statistics 101, but one part stood out to me. When discussing counter-knowledge– conspiracy theories or other fanciful solutions to problems that rely on circuitous questions rather than answers– the book posits the surest way to know something isn’t true is when the subject declares up front that it is true. Think about all the websites that quickly assert to have the real truth behind any number of things, and you’ll know what it means.

That’s why it’s unsurprising that The Truth About Youth is nothing of the sort. If you take the title at face value, it implies that fresh faced youngsters are fools (fair enough) and sexy young teenagers get really hot and bothered for grumpy 50-year-old men (ehhhh). Elektra complex, here we come. 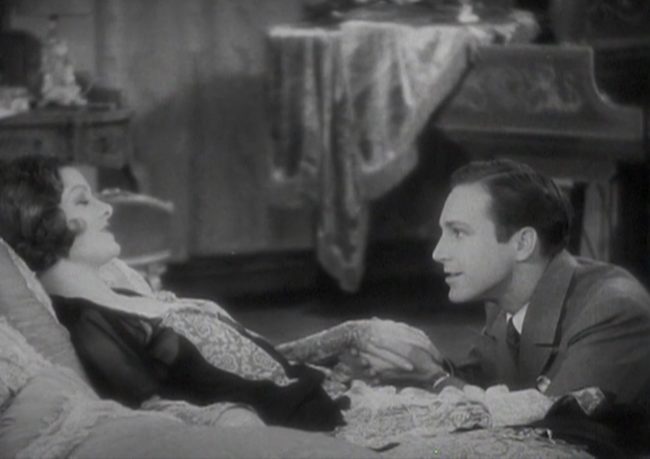 David Manners couldn’t possibly have appreciated this position as much as I would have.

The plot: Richard Carewe (Conway Tearle) is a veteran of the Great War and has made a fortune before losing it in the stock market crash. He has a son that he’s adopted from a deceased comrade, nicknamed Imp (Manners), who still behaves as if the family coffers are overflowing. This includes the pursuit of Kara, AKA The Firefly (Loy), a rampant gold digger/singer/dancer/seductress and all around firecracker. Imp keeps this on the down low, though, because Richard has designed things to pair Imp with his maid’s daughter, the revoltingly perky Phyllis (Young). Phyllis, in the film’s only twist, is actually crushing hardcore on Richard, even if Tearle looks like Bela Lugosi was left out in the sun too long and melted.

There’s a misunderstanding and Phyllis thinks that Richard is set to marry Kara, but it turns out that Imp has a secret wedding with the woman before she finds out he’s really destitute. Loy turns in a grade A meltdown here, and, really, is the central joy to this pretty static 1930 picture, as she dances, connives and generally flouts her immorality– getting away with it all, too. It is a pre-Code after all. 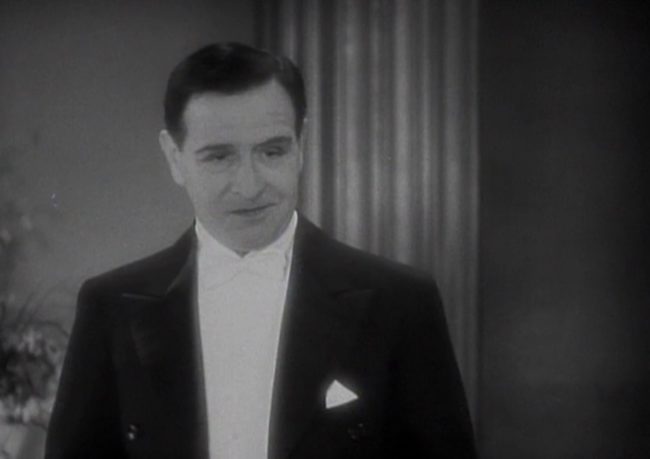 “So the premise of the movie is that 17-year-old Loretta Young is mad in love with this guy.” “And it’s not icky father figure stuff?” “… is it okay if I lie and say ‘yes’?”

Richard, unaware of the marriage, decides to pay Kara to pretend she’s interested in him, forcing Imp to head back to Phyllis. Complications ensue, including Phyllis showing up at Kara’s nightclub and the two women wrestling over the man they love– or are paid to pretend to love at least.

The Truth About Youth is framed from Richard’s perspective, as a man who won a war, won a fortune, and then lost his friend and the money to boot. He holds onto his memories and desires with fortitude but is no match to Imp’s recklessness. Imp’s youth teaches him a harsh lesson, while Richard’s experience gives him the opportunity to make the right decisions– and nail a 17-year-old. It’d be charming if it weren’t so explicitly gross– every bit of it seems self serving, like a letter to the flapper-era Penthouse forum.

If you do track this one down or stumble upon it, Myrna Loy is a lot of fun here. She gets to let loose, and has an energy that performers in 1930 really tried to tie down in fear of offending the Vitaphone. Instead, her charismatic, primal energy makes it the only real reason to sit through the blasted thing. 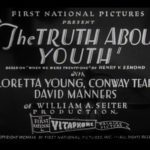 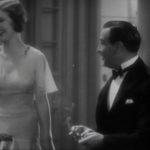 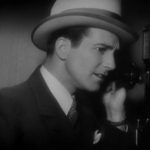 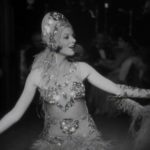 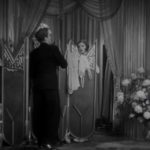 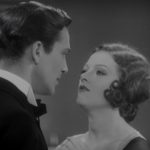 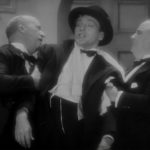 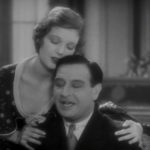 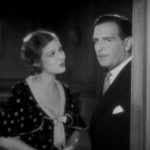 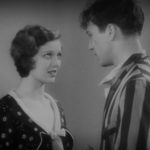 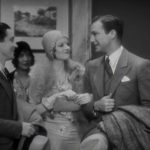 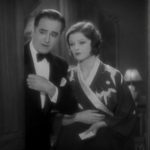 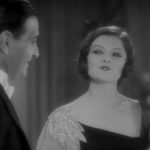 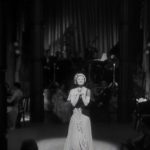 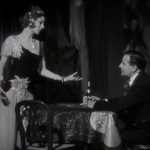 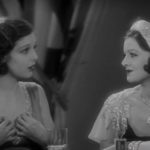 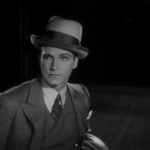 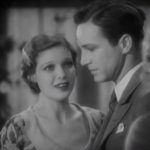 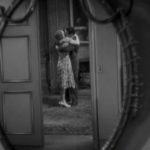 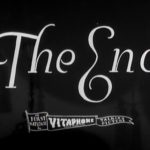 Young would recall Loy as “one of the substantial, one of the very important, people in the motion-picture industry. Even when she started out, she had a quality about her, but by the time she got to MGM she was so well-seasoned. I loved that part of her career. That had real elegance, I thought. That’s when she realized her full potential, because Myrna’s one of those rare people with humor in our business… She was always a little bit wiser, more compassionate and sophisticated.”

The code would make living happily ever after with girls half your age fairly difficult, unless you were Gary Cooper, say, or Cary Grant and safely inside a Billy Wilder movie, which is why here it’s so vital, cool, and necessary. Time and again, Seiter lines up the cliches, then bowls them over with a wry compassion that doesn’t need to rely on bourgeois railings. 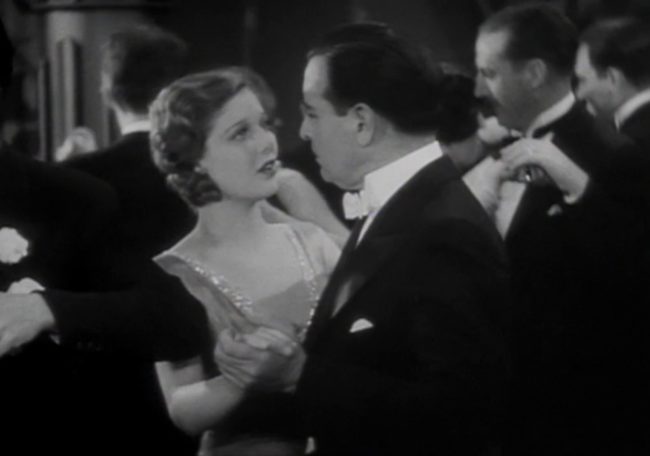 You can tell it’s real love by how much his goiter is inflating.

The Truth About Youth is an enjoyable picture. Mixing comedy, drama, and romance, it keeps a steady pace and illuminates male-female relationship expectations of the period. DM captures the essence of his character well and has a great scene when he, returning from his birthday night out, arrives at home “blotto.”

I just saw this film and agree with you. Myrna Loy is the only reason I watched it even though the short run time seemed to drag on forever. I’ve watched quite a few of Young’s films and find her dull. I think the best Manners ever did was his role in Miracle Woman.

Mr. David Manners was one of Hollywood’s most gorgeous-to-look-at actors ever. Hew was a deeply philosophic and intensely introspective man, as well as an artist, poet and essayist. He left this mortal coil at about 100 years of age.