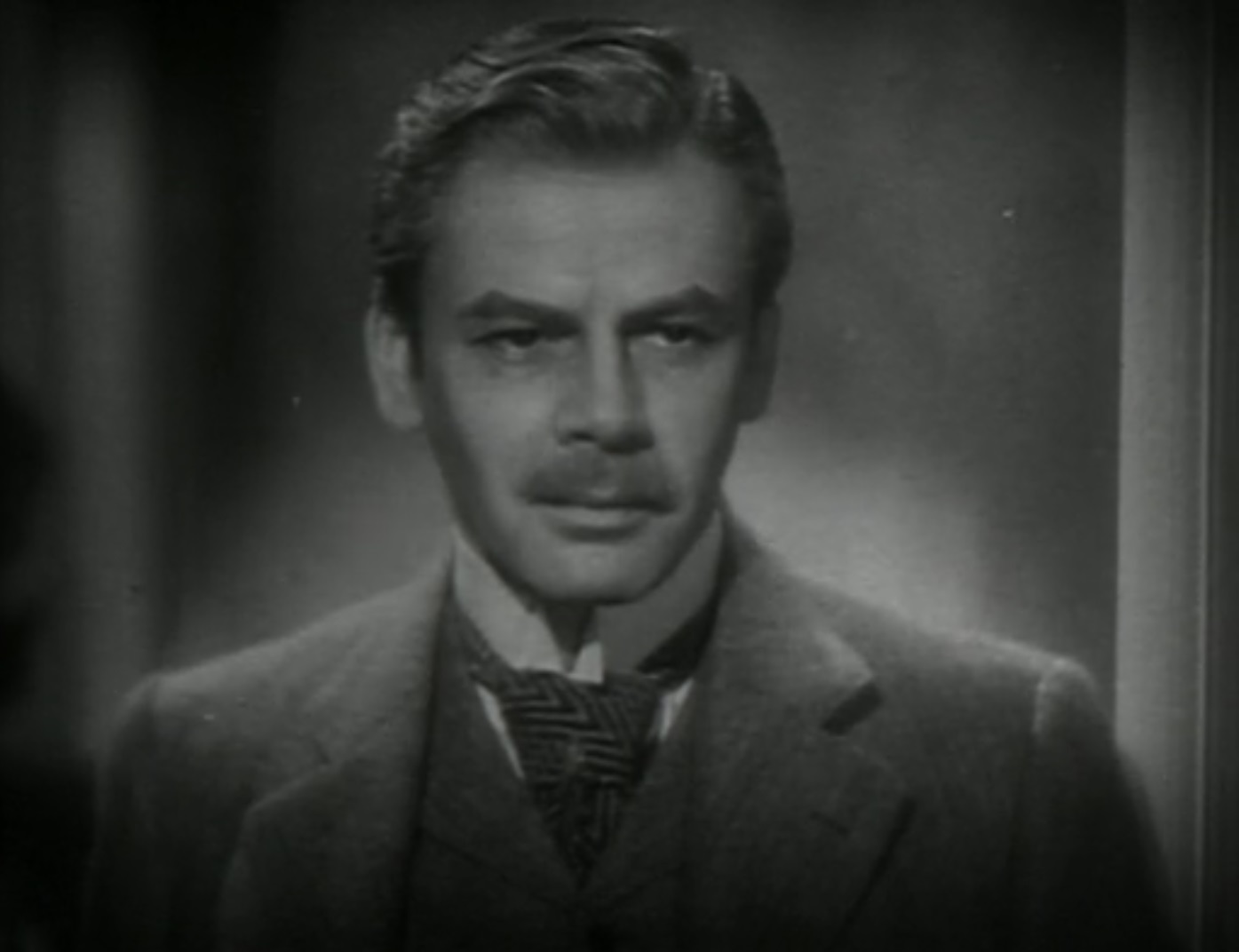 The World Changes: Never for the Better

Usually my quote right there, above this block of text, is something from the film that clued me into the movie’s thesis. Something hopefully profound or connected to the spirit of the movie. That quote for The World Changes is the only quote from the film I wrote down during my viewing, and it was admittedly out of stupefaction.

A multi-generational story, The World Changes starts with the Nordholm family settling in the Dakotas. They are very much attuned to the American ideas of freedom and rugged self-responsibility, with the matriarch Anna (MacMahon) downright cheery when she discovers her small town completely missed learning the Civil War was happening altogether.

Anna’s son, Orin (Muni), can’t stand being bottled up in Orinville– his parents named the town after him– and he heads south to Chicago to work his way up in the meat-packing industry. He meets a meat-baron’s daughter, Ginny (Astor), marries her, and then begins a quest to become one of the biggest meat-barons in all of the land.

That is a lot of meat, and the movie features Paul Muni wading into pools of fat that leaks out of his slaughterhouses. Orin becomes obsessed with using every bit of the cow, and doing the then-unthinkable– shipping already butchered meat across the country.

He does this by inventing refrigerated train cars to transport meat. While surely this was a revolutionary idea, the movie’s portrayal of this momentous event is laughable. Muni is laughed at by his bank, and is left alone, starring at a train car in his office. All of the methods have failed him, but an underling remarks, “It’s too bad we can’t just put iceboxes on wheels.” HOW WAS THIS NOT STEP ONE. HOW DID WE NOT START WITH THAT VERY BASIC IDEA AND GO FROM THERE.

Sorry, got a little excited. But not as excited as Paul Muni, who begins fist pumping and screaming like he’s lost his frickin’ mind. Cue another montage and he now rules the meat-packing world.

That ‘cue the montage’ portion of the sentence is important, as a movie that covers 100 years of American history is replete with them. While these serve to connect the film’s century-spanning, they also constantly break up the flow. The movie stutters and stops the first 45 minutes, asking the audience to suddenly adjust to blonde-haired Paul Muni before we’re shot forward and suddenly Mary Astor is screaming and losing her damned mind.

The second half of the film is filled with family betrayals, disappointing children, and one of the most doomed weddings I’ve seen. It’s much better, as Orin’s offspring, all estranged, follow his pursuit of the elite status afforded to old, established money to their natural 1929 consequences.

It’s impossible to talk about The World Changes without comparing it to 1931’s Best Picture winner Cimarron, another film with a century-spanning family saga. While Cimarron is routinely considered one of the worst Best Picture winners (or at least it used to be– I’d trade it for 90% of the winners from the last 15 years), it does do a couple of really good things, especially in how it wraps up Richard Dix’s story. The World Changes tries to tell a similar saga with more of a Warner Bros. style– more urban, more nakedly bitter at the force of money in the world. But it’s unbalanced.

The stink and the smell of the butchering plays a large role in the film, and is only mildly effective– the movie is too restrained to show the mess of butchering. This leaves a film about the meat packing industry mostly reduced to “you smell like blood” missives that sound good but lack the visual follow-through. For all of how the stain of blood and smell of shit is connected to a lust for wealth, none of the imagery here is as effective as a few moments spent with Wallace Beery patiently killing cows with a hammer to the skull in MGM’s The Secret Six.

The acting is fine in the film, though Muni is hard to buy as an innocent early on. He more than makes up for it as he turns into a grumpy old meat-baron, showcasing his ability to pack on age both physically and emotionally. Mary Astor has a great turn as Ginny, fierce and proud but finding her ambition for social power contrasting sharply with her husband’s single-minded focus on butchery.

This movie is probably peak-sexy Aline MacMahon, which is probably not what you were expecting me to say, especially as she makes it to her 90s in the film, running a sanctuary for Nordham family members ready to take her life lessons of thriftiness and self-sufficiency to heart.

Though she’s absent for much of the movie, MacMahon’s Anna is held in favorable contrast to Orin. Her fierce independence and work ethic is the ideal. While Orin’s ambition is fine enough at the start, he becomes obsessed with market share and control, forcing him into high stakes competition throughout his life. Anna lets her son choose his own life, while Orin tries to force his children into his chosen path. Anna can be candid, Orin is wrapped up in his own frustrations.

The last half of the film, which is the Nordhams unravel out of jealousy, recklessness and greed, is so satisfying because it shows how weak ambition is when its wielded tyrannically. It’s a shame the film takes so long to set up all of the pieces– it can’t quite make everything stick.

As if in karmic retribution, Muni’s kids grow up snotty and spoiled and Astor goes Lady Macbeth over the realization her privileges are paid for in oceans of abattoir run-off, shit and blood commingling and Muni wading in with a bucket to collect the pools of fat off the surface to feed back to the stock and the stench of her husband’s clothes chokes her high society airs, and every morning he’s still stomping through the manure and mud and measuring ways cattle can be crammed in closer and closer to make more and more money and more and more and cattle tighter and tighter, more more! All the expensive French perfume in the world can’t disguise that smell. But all the time more money, and Chicago gets bigger and bigger and one is very grateful this isn’t in color or smell-o-vision.