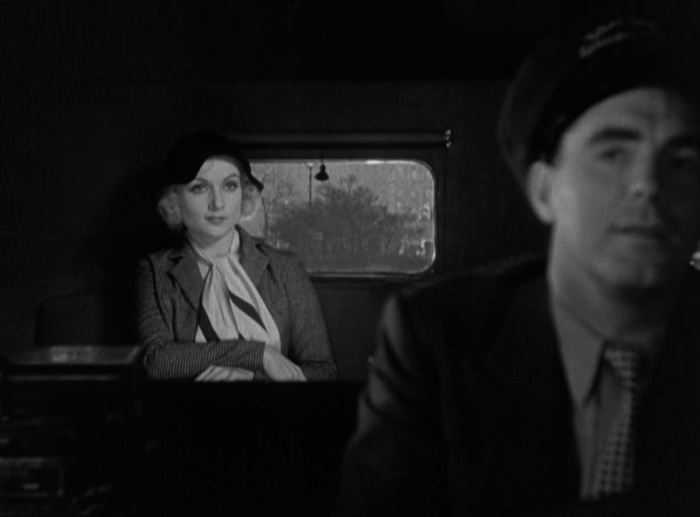 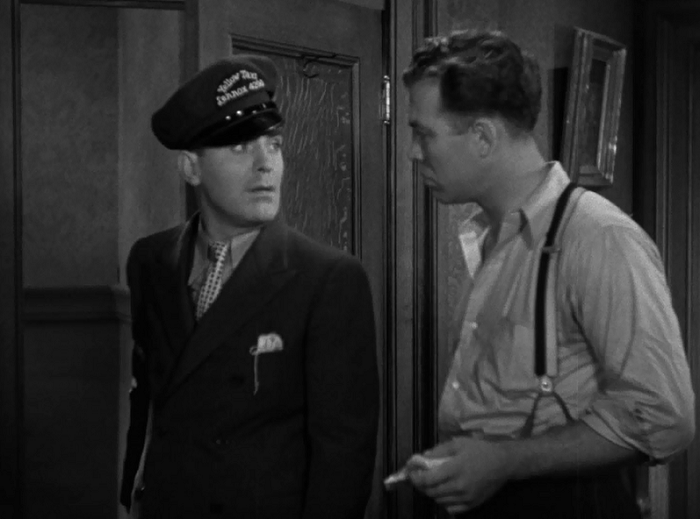 “I want a girl who’s as white as the lily snow… at cost!” 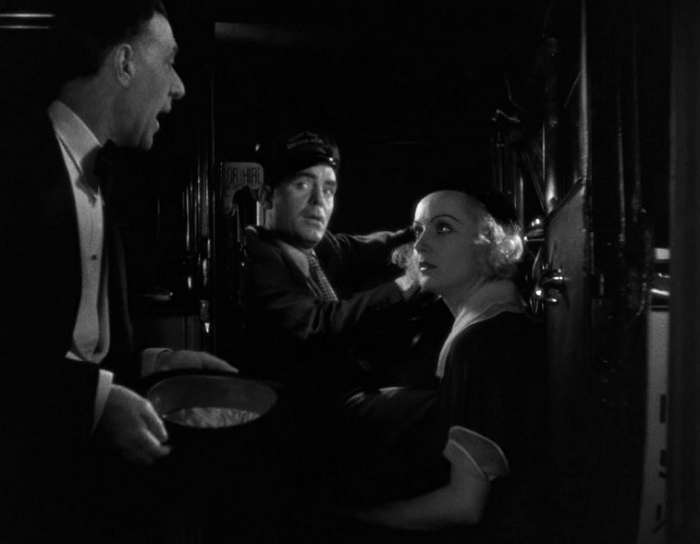 That brief hopeful look in her eyes is just killer. 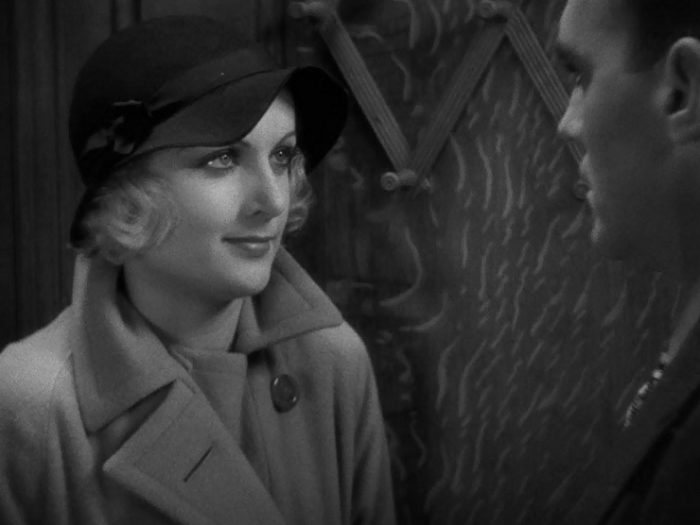 My balls just jumped back into my body. 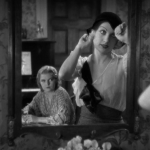 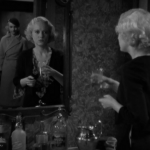 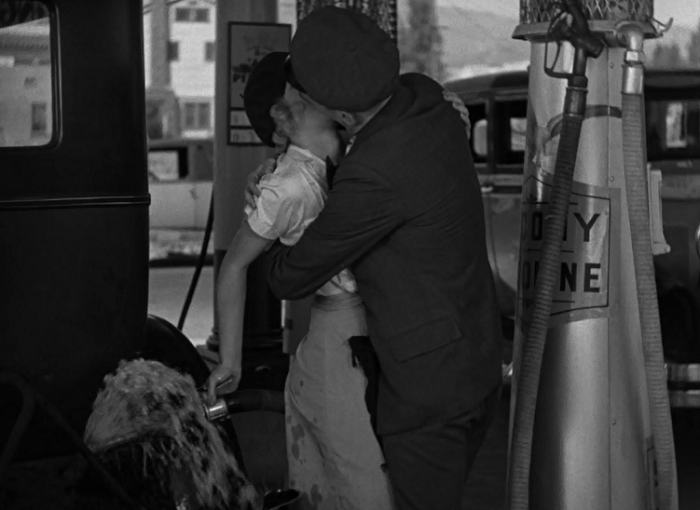 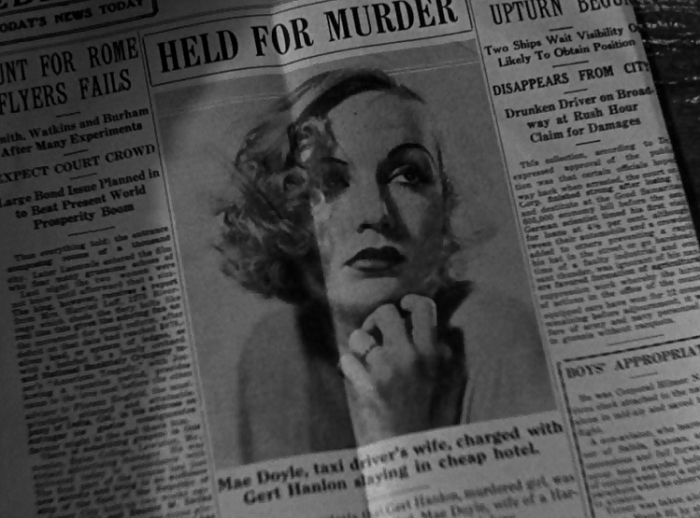 I was going to make a snarky comment about glamorous portraits of murderers in the newspaper in the 1930s, but, yeah, that probably did really happen. 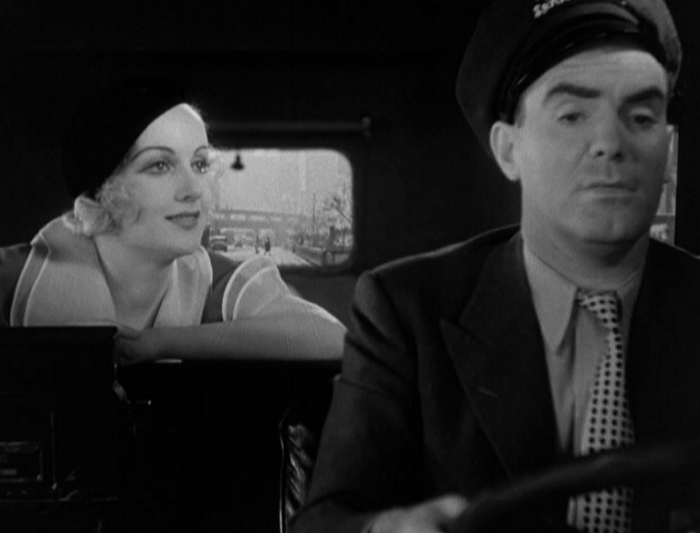 Again, another mirrored scene. Compare this shot to that of the one at the top. She’s changed, he hasn’t.

Terrific job, and love the many screenshots (also, thanks for the compliments about “Carole & Co.”), but one minor clarification: “Virtue” was filmed a few months prior to “No Man Of Her Own”; in fact, it was Lombard’s first of five movies for Columbia. (On the whole, she received better treatment there than she did at her home studio of Paramount, which really didn’t give her first-rate material until “Hands Across The Table” in the second half of 1935.)

Thanks for the correction, I appreciate it and added it up into the article proper. And I’m always happy to link to your cool blog. 🙂 Thanks!

According to Margaret Talbot’s fabulous book about her father, Lyle Talbot, THE ENTERTAINER: a few years before they started going together, Gable tried to pick Lombard up at a nightclub. “Say, who do you think you are — Clark Gable?” she sneered.

Hehe! I think Gable/Lombard romance is one of the most fun to hear about, if only because Carole was such a vivacious personality.

Just cranked out an entry on this review:

Thank you so much for your review of this delightful movie, and for your whole blog. Really a treat! Just wanted to say that film critic Nell Minow and I are screening “Virtue” next Friday the 22nd, at 7, at the Hill Center in Washington, D.C., as part of a pre-Code series, “Tough Dames in Satin Slips.” If any of your readers happen to be in the D.C. area, I hope they’ll come see it on the big screen.http://hillcenterdc.org/home/programs/1455
(And thank you to Le Faustin above.)

Thank you for the heads up! I’ll put a post up later this week about your event. And thank you for all the kind words, I really appreciate it!

What a terrific movie!! And please, Danny, can you explain how Columbia ended up with this magnificent cast?

You are absolutely spot on with Carole Lombard’s performance, but can we also take a moment to acknowledge Pat O’Brien? This may be his most vulnerable effort ever. Wow.

There’s some great stuff here. Not knowing off the top of my head, I can say that studios would loan stars to Columbia for one of two reasons: 1) to make a quick buck on someone they’re not utilizing at the moment or 2) to punish them for something they’ve done (Columbia was known for being kind of an unpleasant place). Knowing both actors and their careers and personalities, it could have gone either way!