As You Desire Me: Solving a Problem Like Maria

“I didn’t know there was love like this. That there were men like you… I couldn’t be just a woman who comes back. Would you help me to create her again?”

“You can only do it by… by believing in me. Then, perhaps, I can be… as you desire me.”

As You Desire Me is a weird beast. On the surface, it’s about identity, about whether someone’s history is what makes them who they are or if they simply embody the ideals another person desires. It plays along the same lines as Vertigo would several decades later, but below the surface it has far less grace. 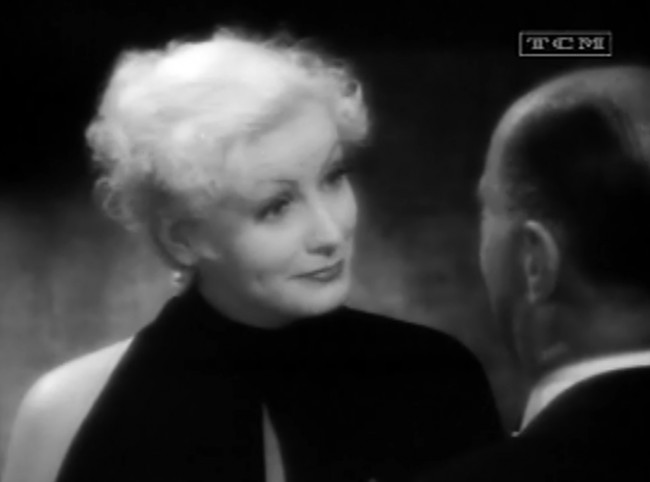 Here you have Zara (Garbo), a cabaret singer who, in the sweeping opening shot, leaves men men either entranced, giggling, or unable to control themselves. She always gathers a cadre of admirers and drinks heavily after a performance, much to the chagrin of the sadistic novelist Salter (Von Stroheim) who keeps her under his roof. The two bicker and barb over past sins and sexual slights, almost as if they’re getting ready to invent George and Martha from Who’s Afraid of Virginia Woolf? three decades early.

Zara (whose odd platinum blonde locks in the film’s opening seem like a goof on Garbo’s popular rival, Marlene Dietrich) has completely given up on finding happiness among her decadent trappings. That’s when a man enters named Tony (Owne Moore) enters– he’s spent the last decade tracking her down. But that’s because he believes she’s an Italian countess named Maria who disappeared during the war. 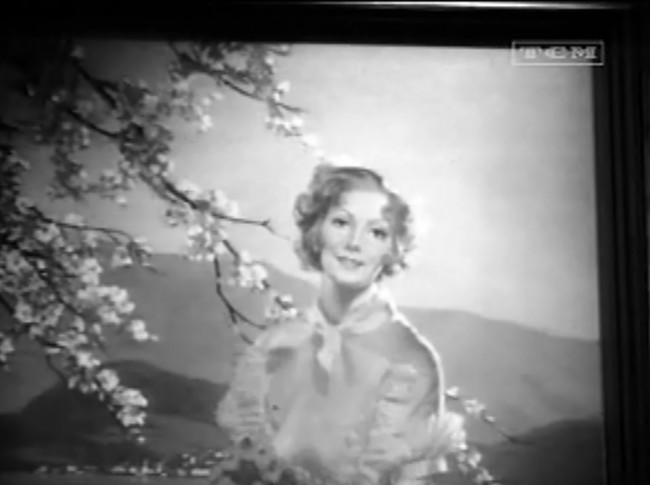 Is Zara Maria? Zara’s past is shaky, hazed my a mixture of amnesia, drink, and torrents of male abuse. Zara decides to go along with Tony back to Maria’s estate, eager to pretend to be Maria at the very least to escape the dreary cycles of her life. Salter– Salter just waits for her to come back. In Italy, Zara finds herself embraced by Bruno (Douglas), Maria’s former husband who has obsessed over her memory for a decade hence. There’s no doubt in his mind that they’re the same woman. But, to Zara, she’s never sure of who her charade is for the benefit of– herself or him.

So the rest of the movie becomes about unmasking Zara’s identity, which leads to a rebirth of sorts. Encountering passionate, forthright love (AKA the Melvyn Douglas variety), she suddenly finds her guard let down and those Italian sunrises suddenly become something more meaningful. She still doesn’t remember being Maria, but, having found the woman’s diary, uses it to further cement her status with Bruno. The other household staff has their doubts, and Zara’s avoidance of Maria’s sister, Ines (Hedda Hopper), further complicates things. And then there’s Salter, still lurking, and then there’s the amnesiac he has retrieved from the local sanitarium… 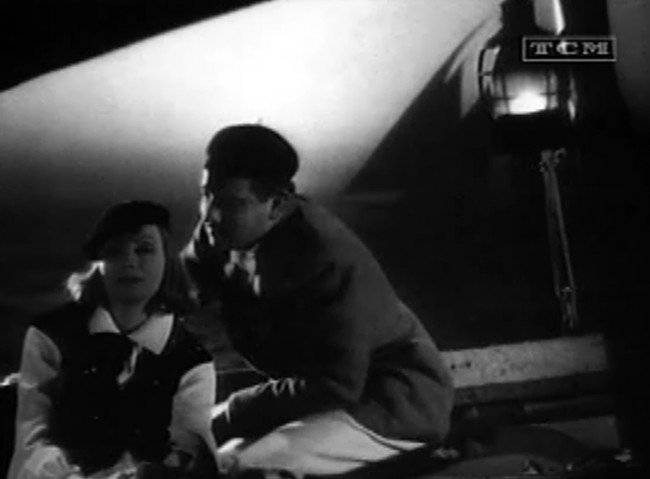 Garbo, who had been forced into the same sort of formulaic pictures about fallen women finding love (save for Grand Hotel) since the talkies came in, excelled in these roles… but you can see was starting to bang against the ceiling of them. Since Anna Christie, she was the weary woman of the world who’d been through sexual hell until one man arrives with the goodness to redeem her. As You Desire Me is this formula to a ‘T’, right down to the romantic foreign lover with a rather noticeable American accent. Where this one attempts to break from the rest is in the haziness of memory, using Zara’s own faltering past to give her a new future, instead of the usual need to build one wholesale.

It’s interesting, and maybe in with a stronger script, it could have turned into a serious meditation on identity. Unfortunately, As You Desire Me, despite some rather deft camera work and a beautifully placed thunderstorm at the film’s climax, feels like patchwork. It’s difficult to parse whether Zara is forging a lie or really believing in it herself. If the movie took a closer look at things from Bruno’s perspective, maybe a sense of mystery could have been gained. But instead it’s murky as the audience isn’t left just wondering if Zara is Maria, but who knows, why they know, what they know, and a host of other distracting complications. 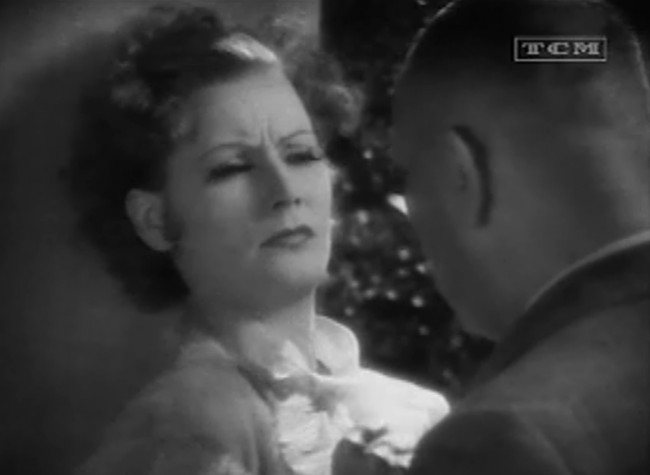 Some of the performances may be part of this. Von Stroheim’s character never really gets past the sadistic stage, and the movie isn’t stylized enough to imbue him with a true sense of danger. He comes across as a petulant child rather than a threat. Douglas is alright, though all we ever learn about him is that he’s really, really in love with his wife, and the film’s attempt to make him seem like he may be chasing Zara to nab a large inheritance doesn’t work– his wide eyed protestations of love ring too true.

Garbo herself is okay here, but, try as she might, the muddied transformation is probably both from the script and her own inability to sell the metamorphosis. As You Desire Me feels like an attempt to craft something newer and a bit more stylish for the star, but it ends up cutting out the parts that we need– more examination from Bruno and Zara on what truth is and why that is or isn’t important. Instead, As You Desire Me layers on the melodramatic twists. It’s a curiosity among Garbo’s early talkies, but nowhere near a success. 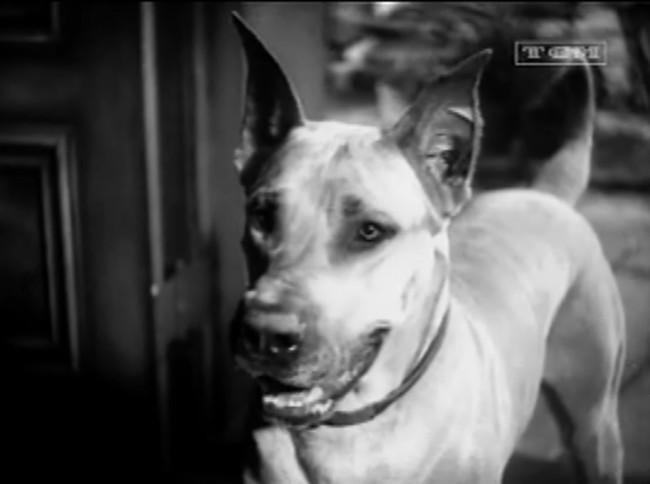 MGM couldn’t have been pleased with the public’s relative lack of interest [in the film], especially since Garbo had cleverly manipulated both Louis B. Mayer and Irving Thalberg during filming. As You Desire Me went into production very quickly because Garbo’s contract was about to end, and MGM wanted to squeeze another film out of her… a move that left her decidedly cold toward the studio. Her irritation was further compounded when she requested von Stroheim for the role of Salter and Mayer and Thalberg flatly refused.

Von Stroheim, to say the least, had had a difficult past with MGM. He was a demanding but brilliant actor-director who’d been humiliated by Thalberg when the MGM mogul irrevocably altered his epic masterpiece, Greed (1925), by removing and burning several hours of footage. Knowing full well what she was asking of her bosses, Garbo insisted on von Stroheim’s participation. MGM grudgingly relented, but the chess match with their star had just begun.

Von Stroheim hadn’t directed a film since The Wedding March (1928),and he’d been stuck acting in mostly second-rate pictures. He took a hugely unjustified fall from glory, a situation that left him with crippling nervous attacks. Several times during the filming of As You Desire Me, he phoned Garbo, telling her that he couldn’t find the courage to work the next day. Garbo would then call Thalberg, informing him that she wouldn’t be able to film, thus protecting von Stroheim from Thalberg’s wrath. 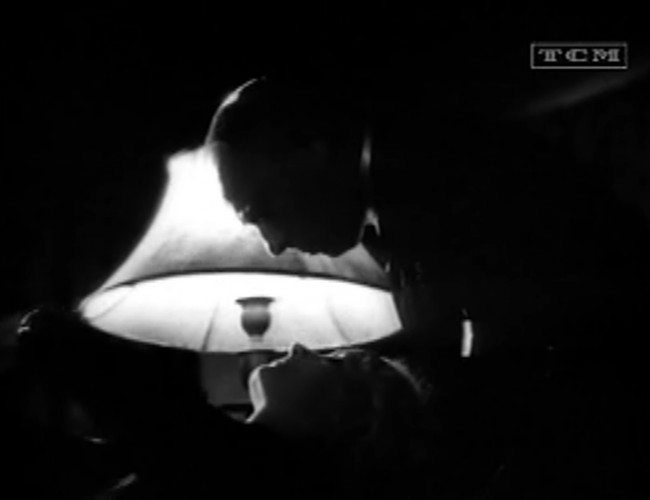 A spy on the set of As You Desire Me reported that Garbo did not like Stroheim watching her after he had finished his shots. She told the assistant director that there was something about Stroheim’s face that interfered with her concentration, and she asked him to leave the set. Stroheim clicked his heels and walked off. A few hours later, when Stroheim was doing his own reaction close-ups, he noticed Garbo watching him from the sidelines. He stopped in the middle of a line and announced that she was distracting him. “Forward, like some Norse goddess of vengeance, came Garbo,” said the on-the-set spy. “What’s this?” Garbo asked. Stroheim answered that he could not do his best with her staring at him.

“You’re the only person in the picture business who has any guts,” said Garbo, and with that, she left the set. After this exercise in ego, their work went smoothly, with both performers bringing a worldly flourish to their scenes.

7 Replies to “As You Desire Me (1932) Review, with Greta Garbo, Melvyn Douglas, and Erich von Stroheim”