Heroes for Sale: No Time to Breathe

“The country can’t go on this way. It’s the end of America.”

Heroes for Sale is a bravura piece of social commentary in a tightly wound seventy minutes of film. It’s something rarely seen before or since, a movie with so much to say that it simply can’t shut up.

It begins on a rainy night in the trenches of World War I. Tom Holmes is assigned to lead a suicide mission behind enemy lines to capture German officers for a prisoner exchange. He takes ten men, all he can afford to lose. One of those men is Roger Winston, who panics at the gunfire and who watches the men get murdered one by one. With only him and Holmes left, he refuses to leave cover, cowering in the mud. Holmes calls him a coward, bravely dodging gunfire and making his way behind the lines. He captures a German lieutenant and brings him back to Winston before being shot in the back. 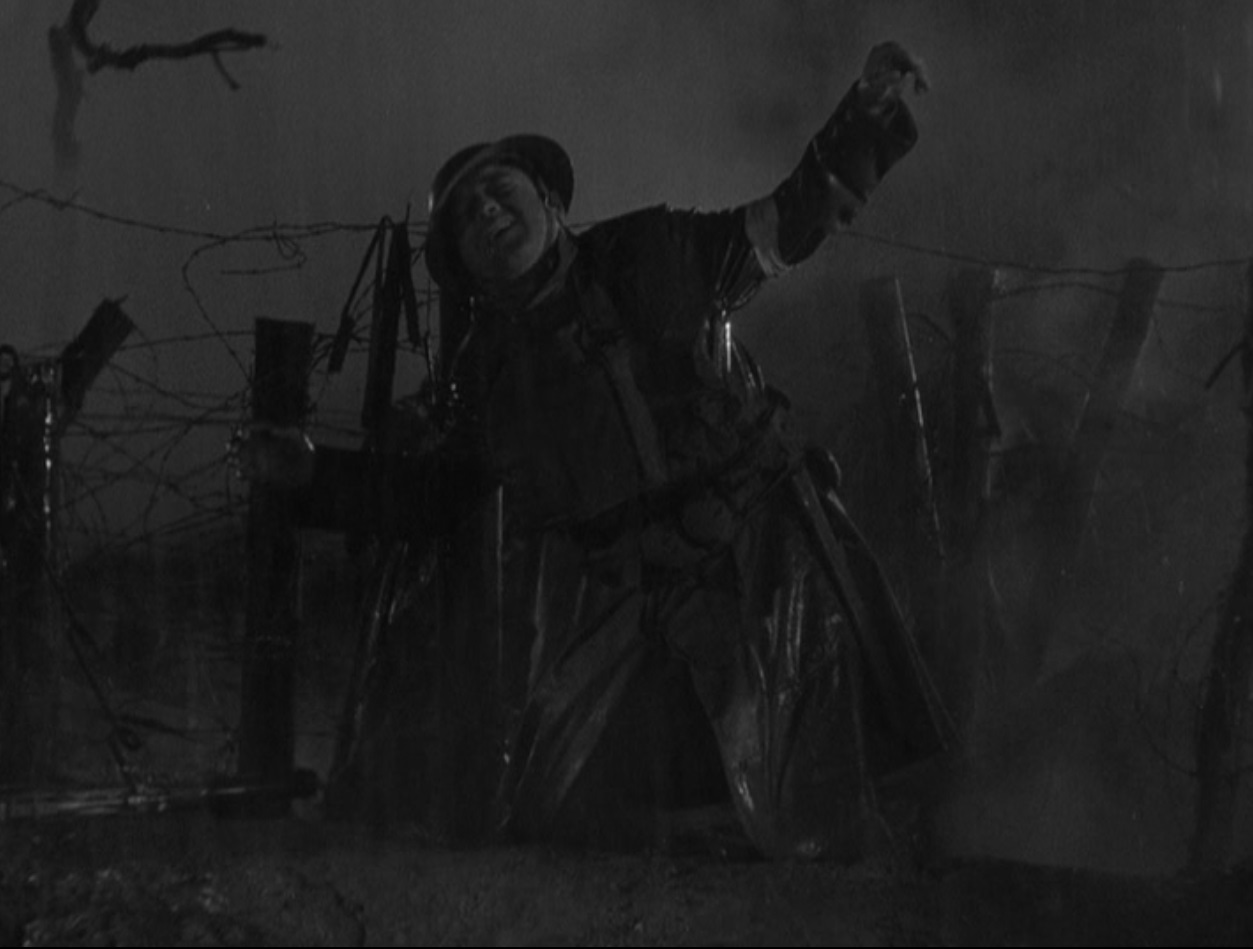 Winston, still shaking, takes the German lieutenant behind the lines. A pair of Germans find Holmes still alive and take him back to Germany to sit out the rest of the war and recuperate, which also involves a good amount of morphine. On the way back across the Atlantic at the end of the war, Holmes and Winston meet again, Winston a decorated hero for supplanting Holmes’s heroism, and Holmes a morphine addict with a red POW mark on him.

Back in America, we find Holmes living with his mother, while Winston, the son of a wealthy bank owner, given parades in his honor. Winston is ashamed of stealing Holmes’s glory, and gets him a job at the family bank. However, the morphine addiction becomes too demanding, and, though Holmes never steals the money to pay for his addiction, once it’s uncovered, the bank owner dismisses him with a sneer (“It’s time for you boys to realize that the war is over!”), and Winston quietly complies. 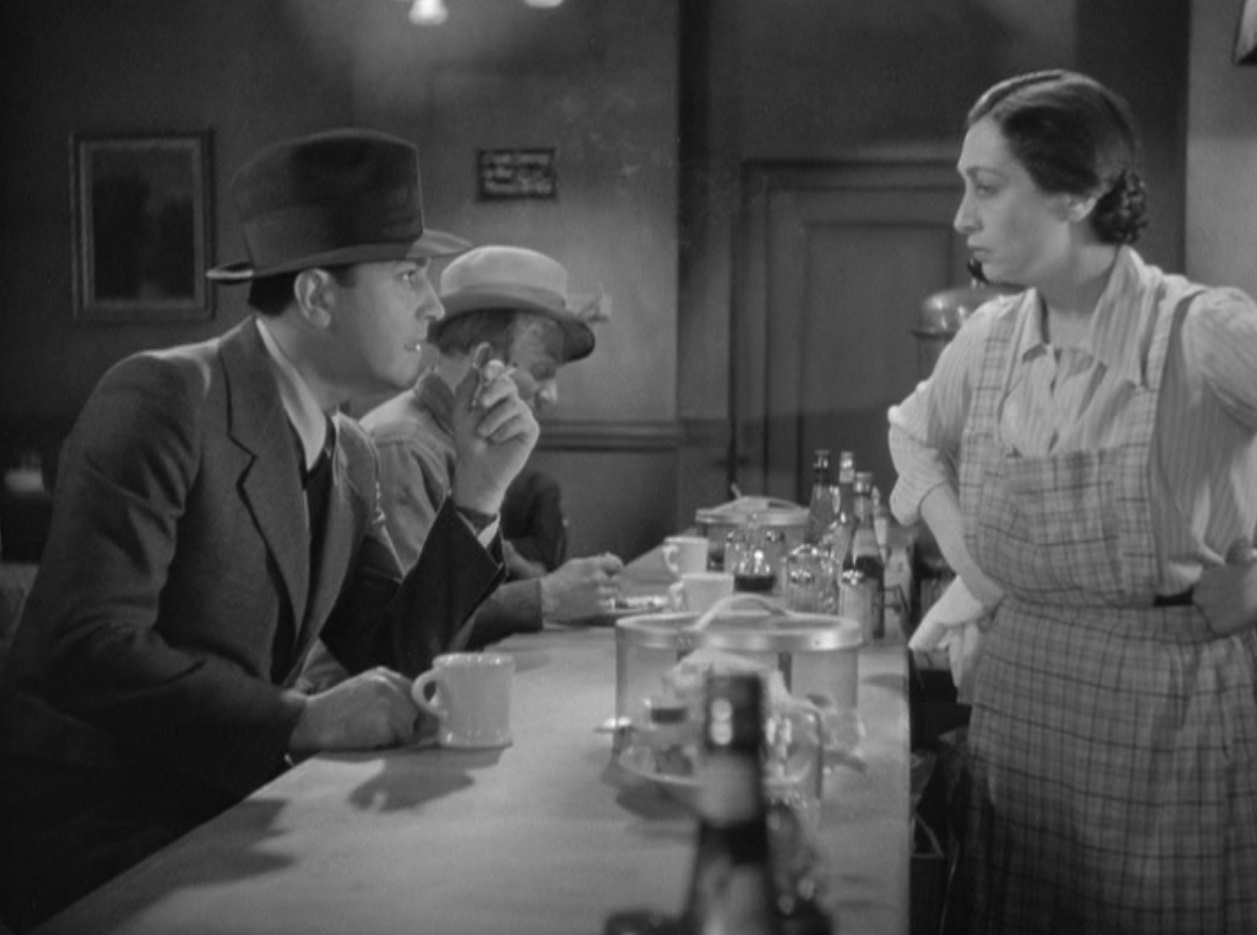 And while the movie could almost end here as an indictment of the repulsiveness of bankers (and it’s nice to know some things never change), we’re barely ten minutes in. We continue to follow Tom as he makes it through rehab and quits cold turkey. He finds himself working in a launderers soon, making a small wage and the object of affection by both the owner of The Poor Man’s Diner downstairs and a lovely boarder a few doors down.

He’s also accosted by an eccentric German named Max who lives in the same boarding house. Max is a self proclaimed Communist who derides Tom’s working conditions (even though Tom is pretty happy with his job). This changes once Max invents a machine that automates much of the laundering process; they both agree to put in money towards it, and license it to the kindly man who owns the laundromat under the condition that no one will lose their job because of it. 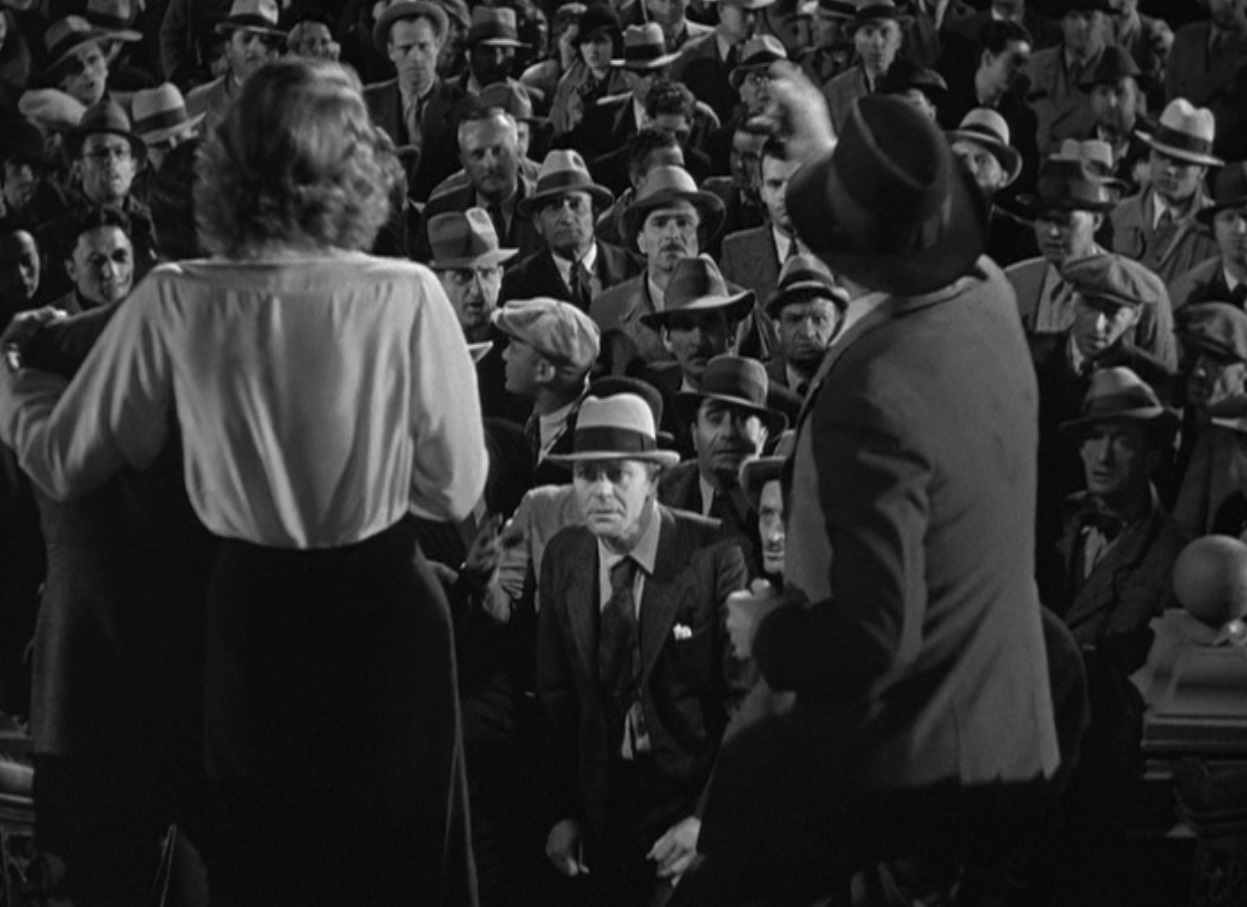 This doesn’t last long, as the kindly old owner passes on and the new management, seeing their chance to increase profits and pad their own wallets, release most of the staff. The furious workers denounce Holmes and his invention, and march to the launderers to burn it down and destroy the invention that has thrown them out of work.

The ensuing riot puts Holmes, who’d followed the workers and tried to dissuade them, in jail for five years for incitement, and leaves him lost as his wife is killed by a policeman in the shuffle.

From the outside, Max brags about their new found wealth. His color has gone from red to green. When Tom asks him about capitalists, Max replies, “I hate them, I despise them! But I’m willing to make money with them.” 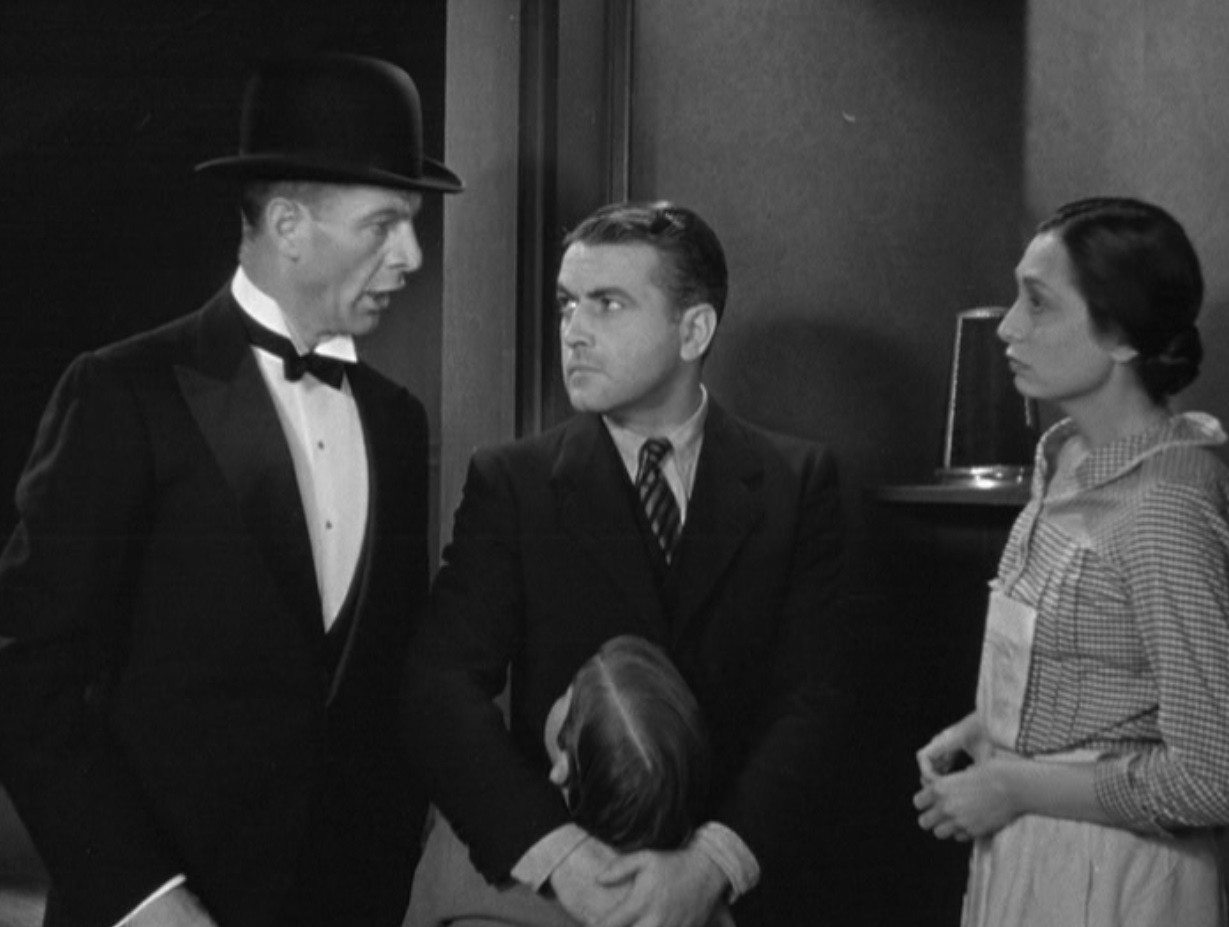 If that is lot of plot summary, it’s because this movie contains a lot of plot; it’s a dense, sour cocktail of the world of 1933. Made a scant four years after the crash of 1929, where most films at the time seemed to hold themselves to the drawing rooms of the rich and richer, this film wallows in the mud. Inside, it’s the story of a man who finds that every time he does a favor in pursuit of wealth or money that his life is shaken to its core, resulting in disgrace, dishonor, and the loss of his loved ones. It’s not until he does a truly selfless act, one of charity as he himself becomes dispossessed, that he begins to see the sense in the world.

There’s a final speech from Holmes about America and what Roosevelt said in his inaugural address; I won’t spoil the optimistic beauty of those words here, but it’s an interesting contrast to the more ominous notes taken a half a decade later by Tom Joad in The Grapes of Wrath. Both Toms, both Holmes and Joad, vanish into the dark night, tumultuous men who promise to do some good in some way.

And in worlds of unbridled greed, unemployment, and misery, sometimes that’s a hell of a nice thing to imagine.

If that ringingly pro-proletarian work, and soul mates like The Cradle Will Rock, seem bolder-contoured and more proclamatory, films such as Heroes for Sale — half-digested as they are, ring more true, more powerful, strike a deeper chord precisely because they are less self-consciously message films, and more like daily newspapers being slammed out under deadline pressure. They simmer with tabloid vigor, fielding the realities as they unfolded in America’s collective experience, with no time to digest them or reflect upon them. It’s very much reactive cinema, not reflective cinema. As such, it avoids the pitfalls of message-mongering, letting texture and details  not speeches — carry the message.

There are at least two more acts to go in Heroes for Sale, gritty and terrible, but Wellmann does not tip his action over into melodrama. This is a drama, end-stop. It shows its characters, flaws and all, and follows them on their bumpy journey through life, and through a time of great upheaval in American history. 1918 to 1933 saw a lot of changes, and the worst was yet to come, but Heroes For Sale, while it could be seen as a piece of propaganda (“Can’t we do better for ourselves? Can’t we do better for our returning veterans? Can’t we just treat people better?”), it is also an examination of the economics and transformations that went down during that time, all seen through the eyes of people we come to care about deeply.