Up for Murder: Unfit to Print

“If you keep your word, we’ll save Bob. But if you talk, it’s just like putting the noose around his neck.”

Ink-stained Robert (Ayres) works at the printing presses of a big city paper but has often dreamed of becoming a reporter. He finally gets his break when he loans alcoholic writer Collins (McHugh) two bucks and suddenly finds himself sitting dutifully in the corner of the newsroom, waiting for something to happen. 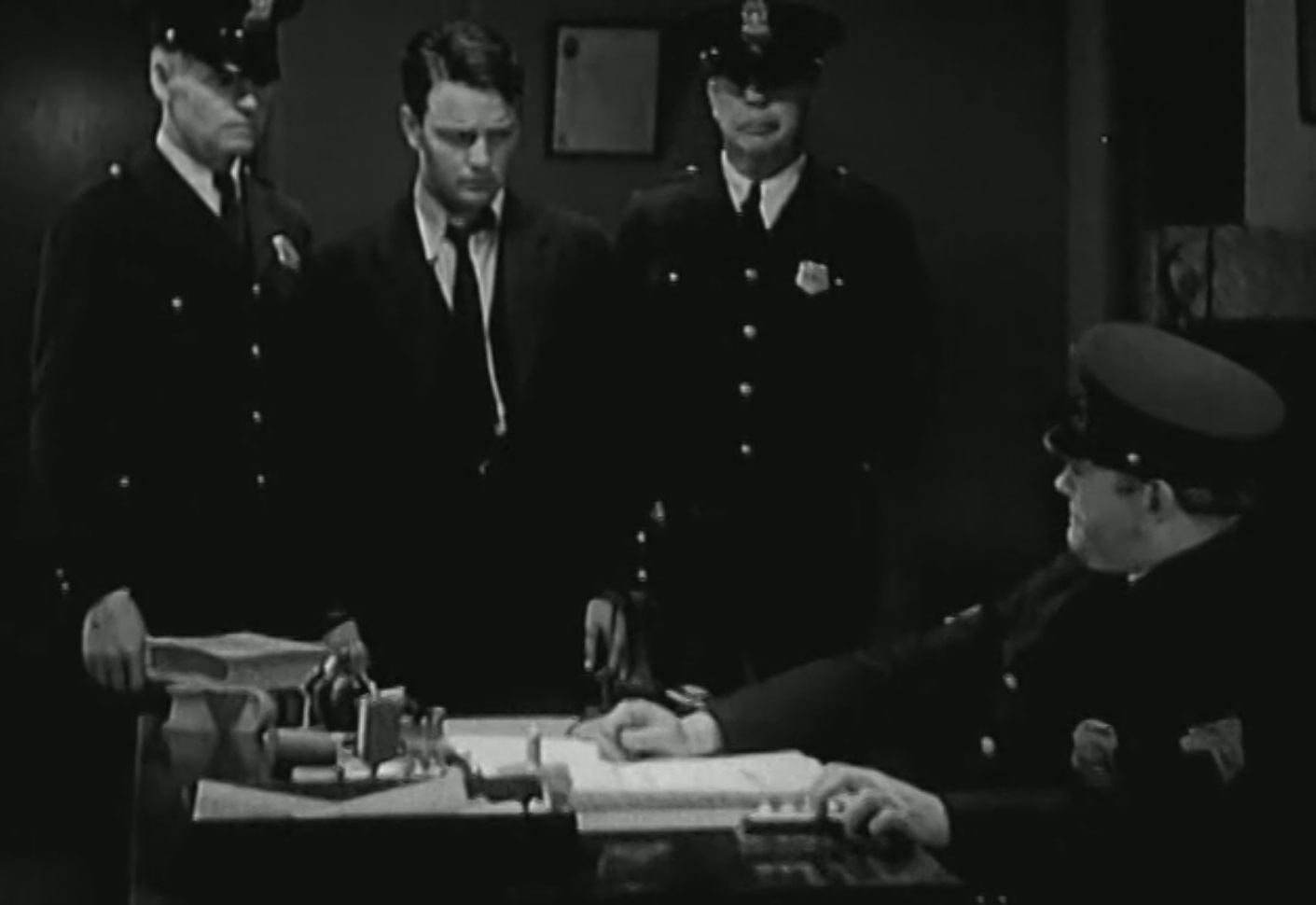 And happen it does when he’s ordered to go rent a tux and head to the International Ball. He dances the night away and publishes his fawning coverage– fawning insomuch as he rambles on about the beauty of the paper’s Society Editor, Myra Deane (Tobin). The front page story extolling her beauty charms her (and proves that HR definitely didn’t exist in this era). They two have a date to the zoo where they participate in the popular 1930s past time of just throwing shit at monkeys. Things seem too good to be true for Robert, at least until he enters Myra’s deco dream digs.

Yes, Myra is a kept woman of the newspaper’s publisher. After some sparring, the Robert and the publisher both end up at Myra’s place one fateful night. A fight ensues and soon Ayres is Up for Murder. The newspaper editor promises the smitten Myra and his pal Collins that they’ll help spring him just as soon as he is convicted of murder, but the trial is so decisive things things look nothing but bleak for Robert. 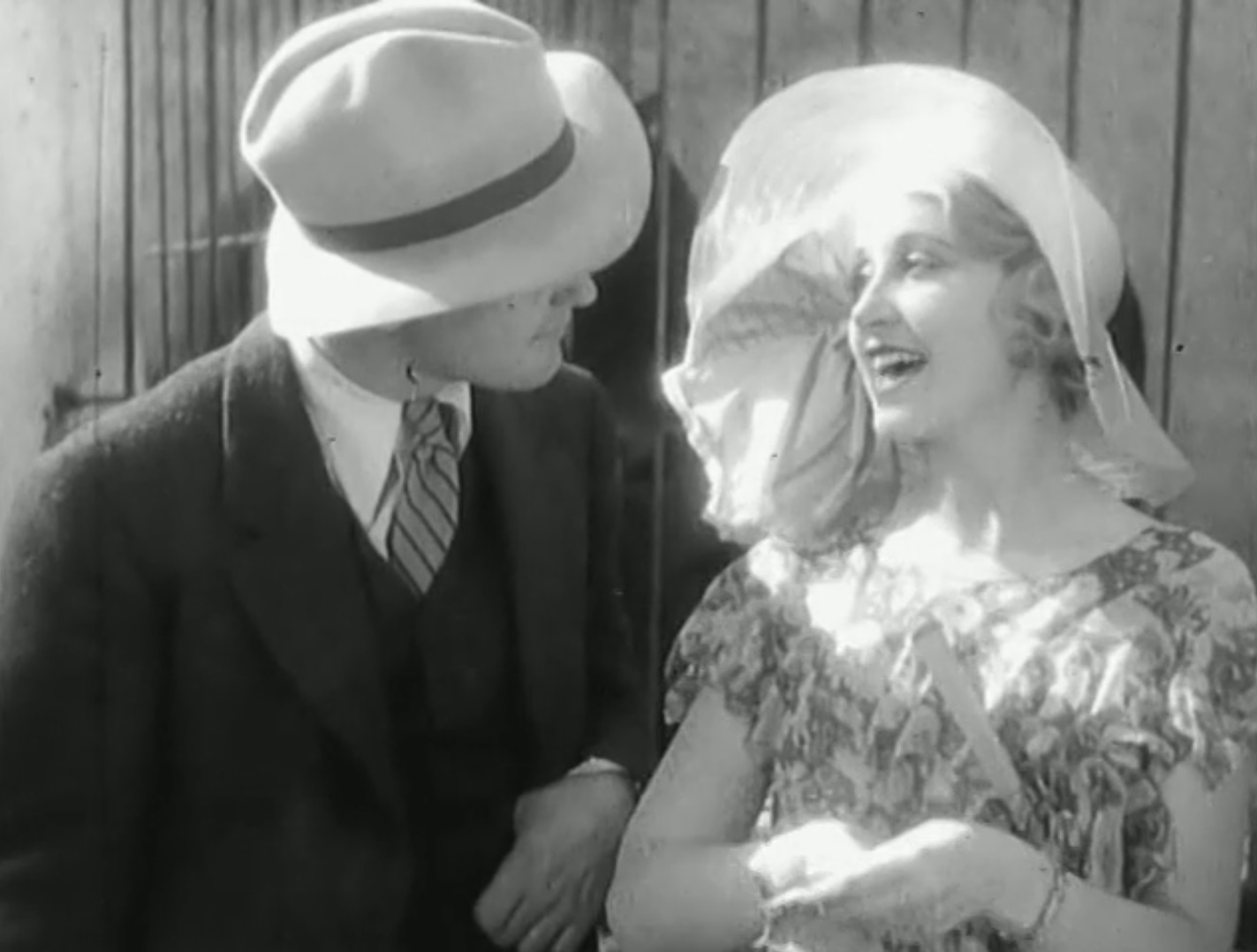 Hell, things look bleak all around in this one. With an undoubtedly interesting setup with a rags-to-riches kid and a society columnist who’s lost her spark, there are a lot of places the film could grow them together and create an interesting relationship that at least makes the third act murder a dynamic moment. But Up for Murder is painfully slow and generic, pushing the characters through the plot. The central romance is especially paltry, considering the big amorous moments involve looking over a hardly-remarkable cityscape and ditching their picnic in the rain.

Ayres is charmless and sleepy in his lead role, severely curtailing any drama in the picture. While there’s little doubt that the power of his performance in All Quiet on the Western Front came from a place of melancholia and introspection, repeating that same performance in a romantic potboiler is utterly bizarre. You’d hope for some spark of life, but I think he smiles maybe once; was his family being held hostage off camera? The mind boggles. 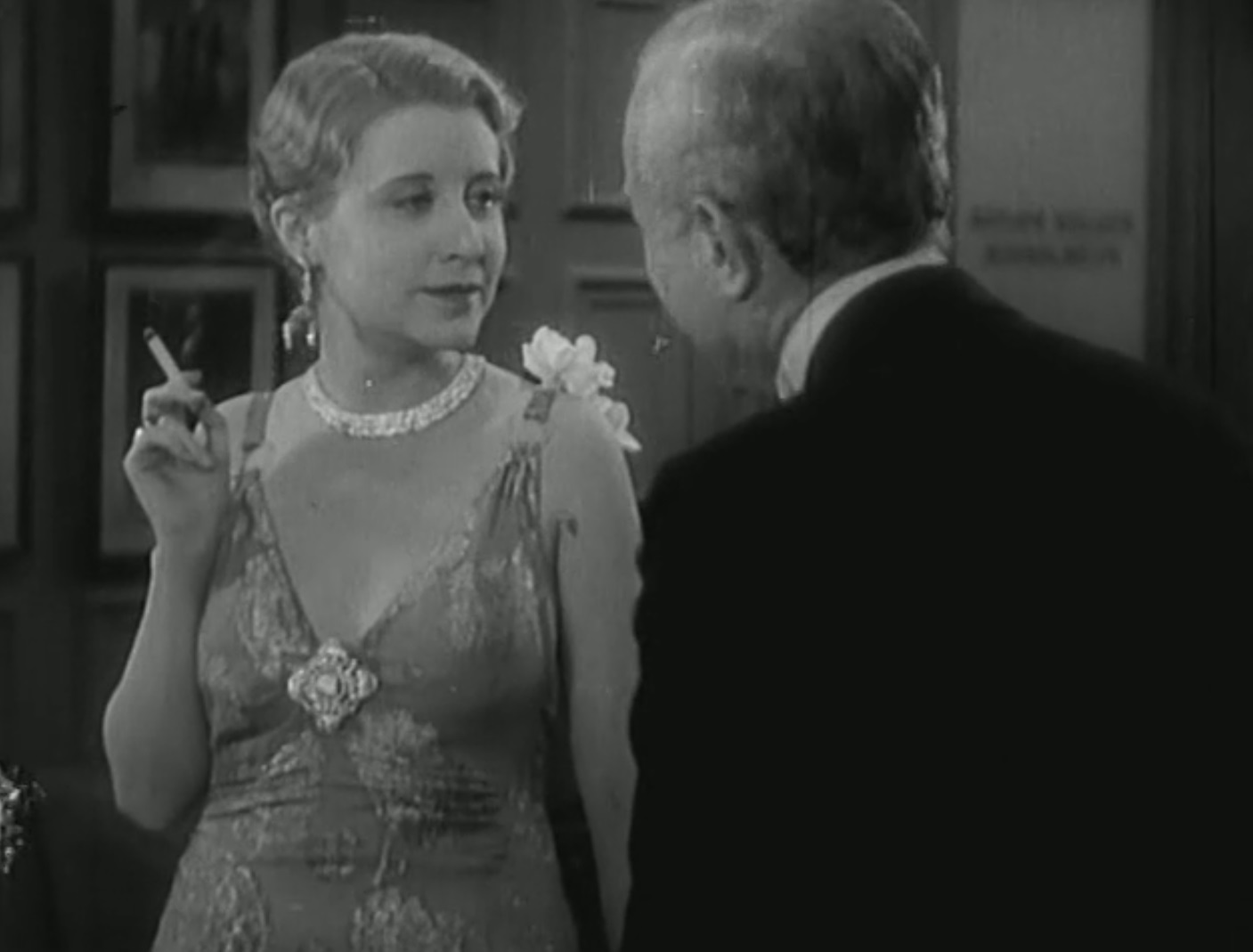 While Ayres is absent, Genevieve Tobin eats up the film in a woefully underwritten role. Her Myra is shown to be once-ambitious, her spark and determination becoming snuffed when she took up with her boss. Why did she go to him? There’s a lot of ways you could explore this scenario from her perspective, but the film isn’t interested in it, using it as window dressing to further Robert’s monochromatic tangents of jealousy. She even gets great lines like this, which Tobin delivers with a mix of wry desire and condescension towards Robert as she’s trying to throw him off the scent:

Tobin’s physicality is something I adore in her performances as well. Late in the movie, when Robert breaks into her apartment in a jealous rage and shortly before committing murder, she attempts to dress him down to keep the status quo safe. He angrily pulls her into his arms and Tobin uses her eyes and presence to beg him to do something all hidden underneath a malicious smile meant to completely destroy him. 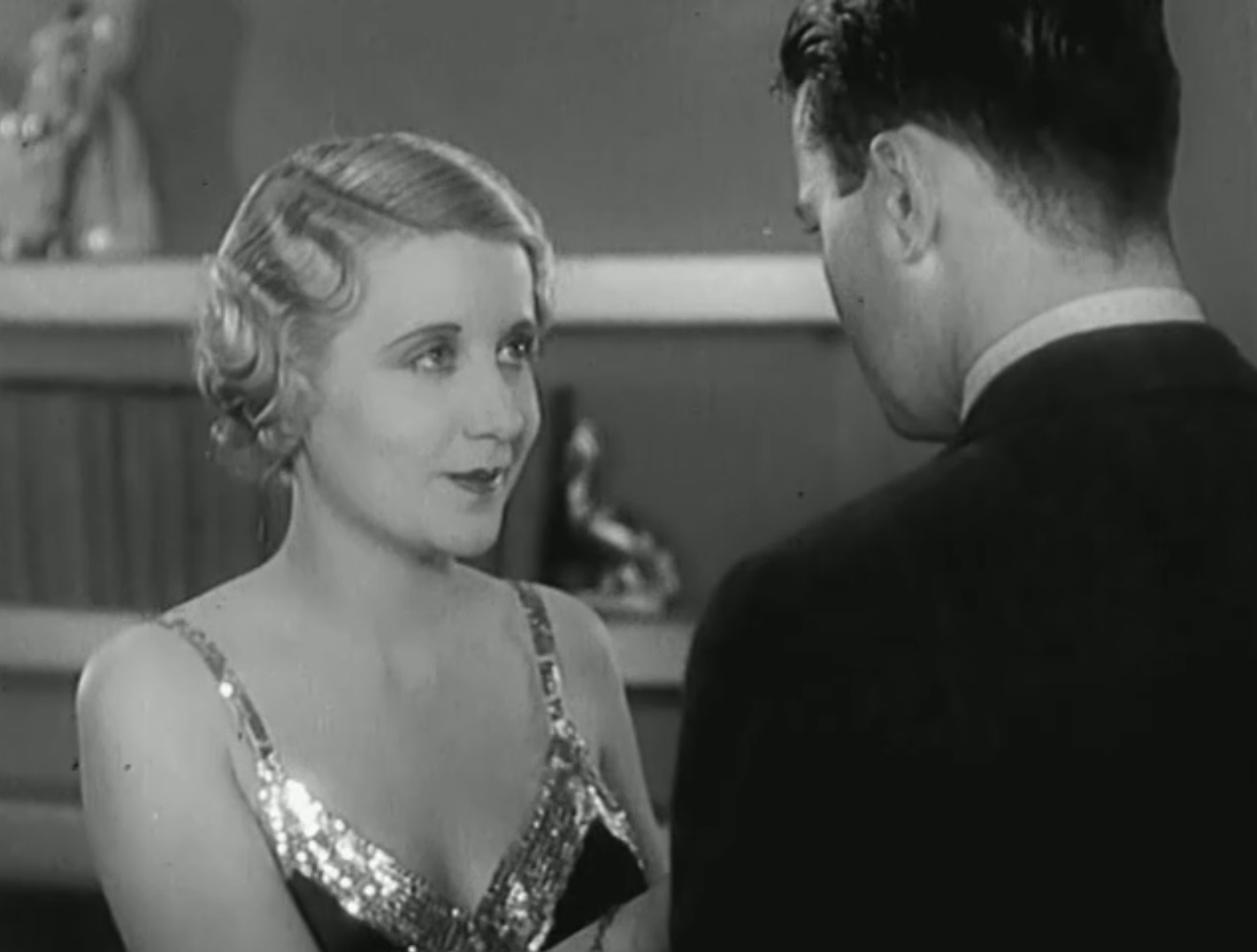 It’s a delightful moment of cross purposes, one of the few memorable ones in the film. While the film has some atmospheric segments, it’s like finding a shiny whole apple in a river of sewage. One scene is where Collins, throughout the film a flittering drunk, calls upon Robert’s mother and threatens her to keep quiet about her son’s motivations or risk seeing him killed; McHugh is doing his usually bits up until this point, and the transition here is savage one, though forgotten as soon as it is finished.

Later, while awaiting his turn on Death Row, Robert listens to the screams of the men begging to go next and freezes. Director Monta Bell (Downstairs) focuses on the screaming, raging faces and mouths flapping wildly. 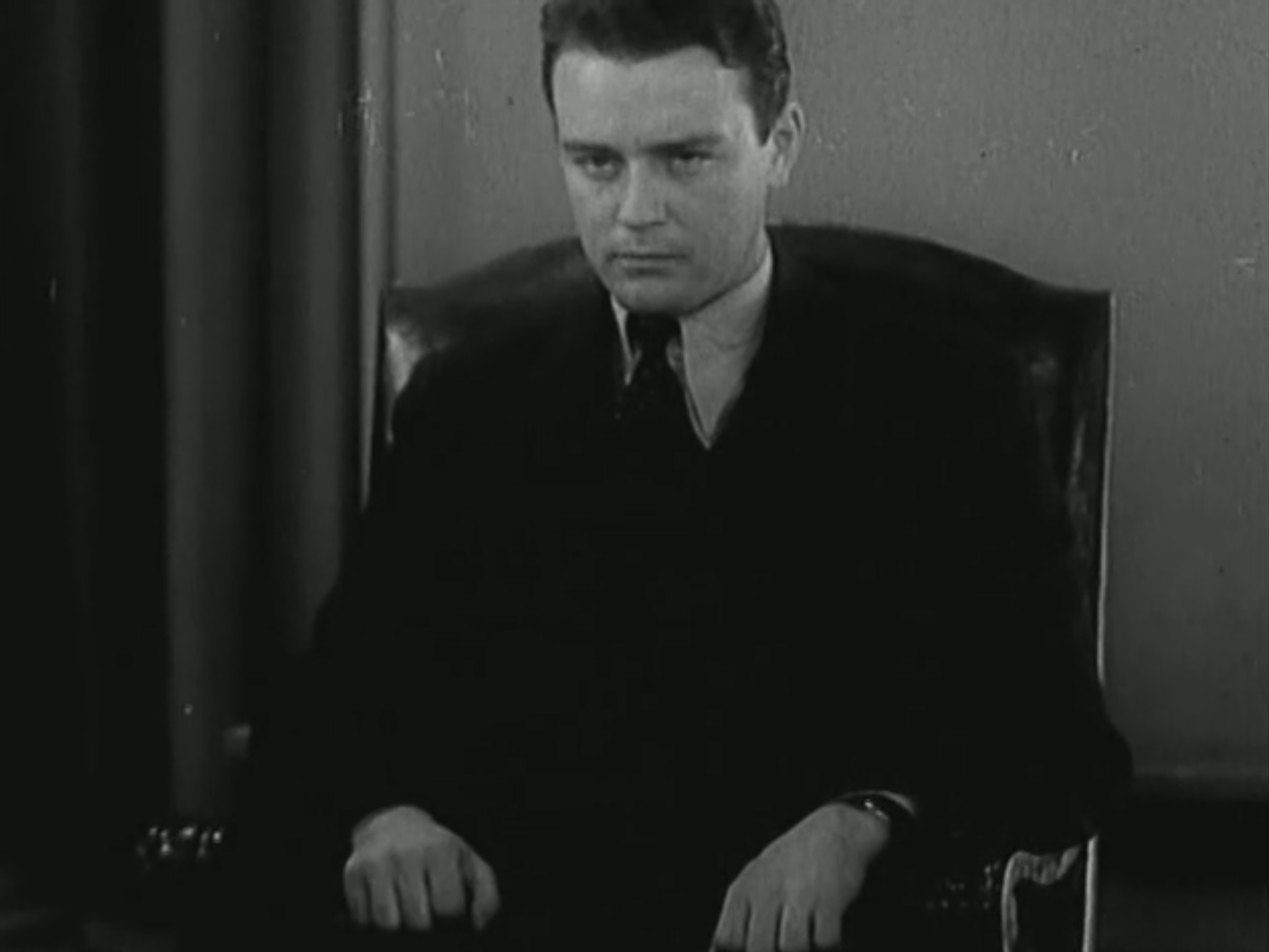 These moments don’t connect up, and the film’s ending is a magnificent whiff, just the stuff anti-climaxes are made of. Here we have it where one person just has to tell the truth and there are no negative consequences at all. Someone does after a mild bout of guilt. Ridiculous. It is empty and pathetic, a whimper that opts to say absolutely nothing.

Up for Murder suffers from a bad lead and disjointed screenplay. Tobin and McHugh have a few moments to shine, but I wouldn’t suggest this title as worthy of its runtime to anyone. 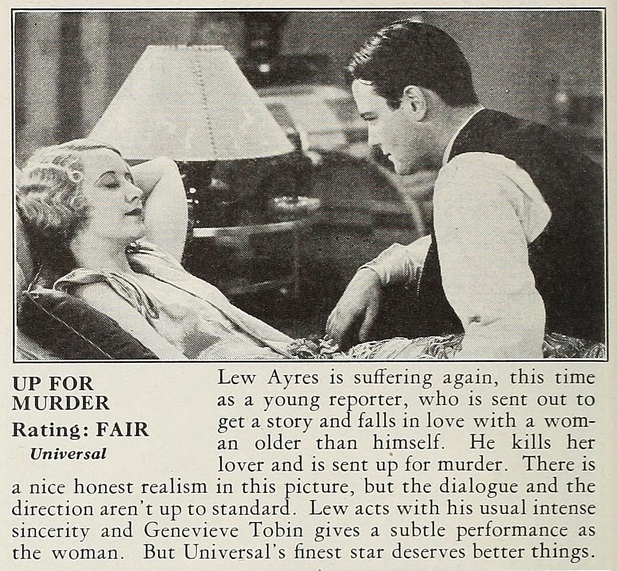 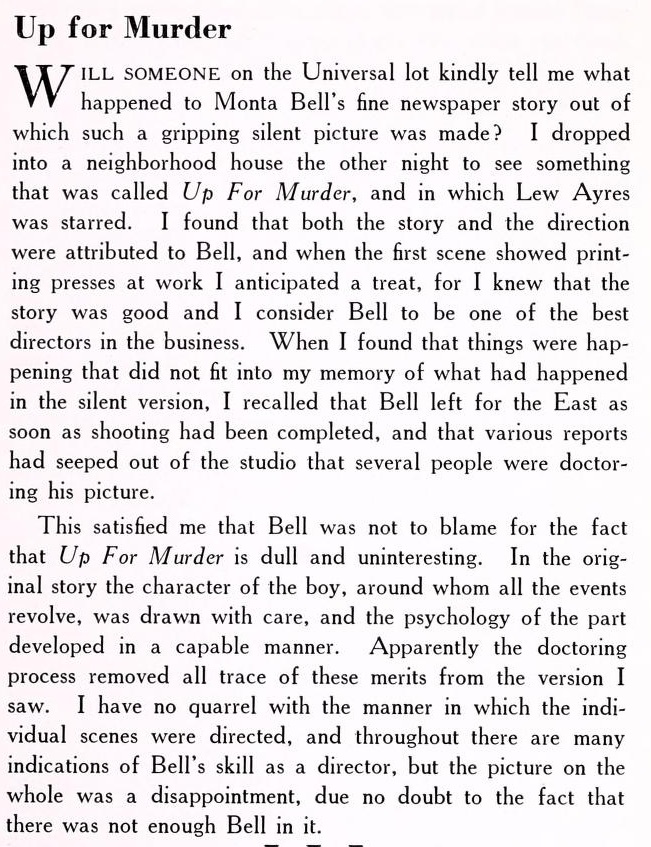 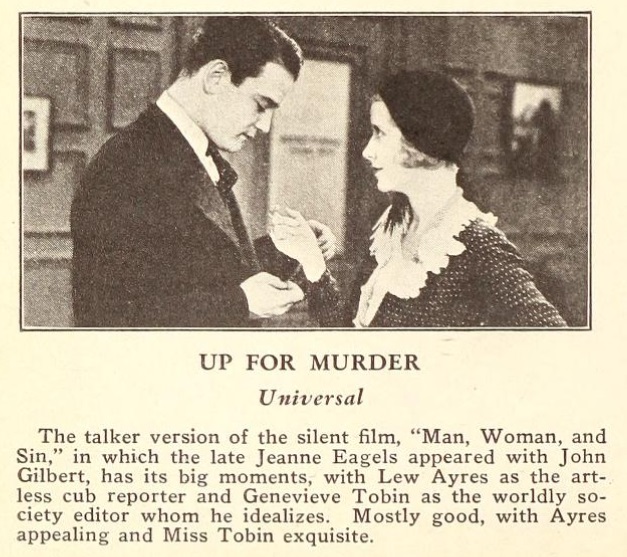 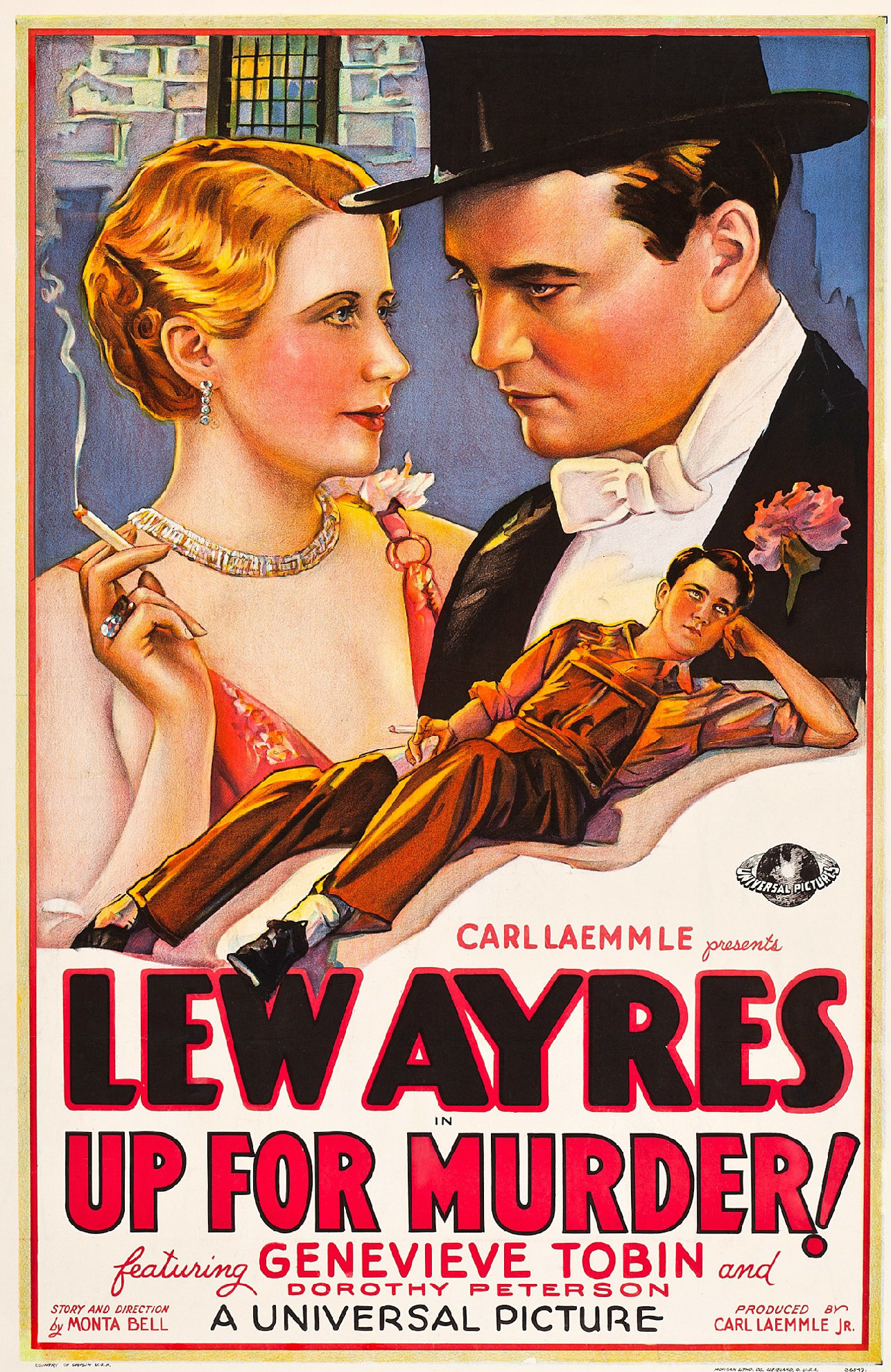 One Reply to “Up for Murder (1931) Review, with Lew Ayres and Genevieve Tobin”