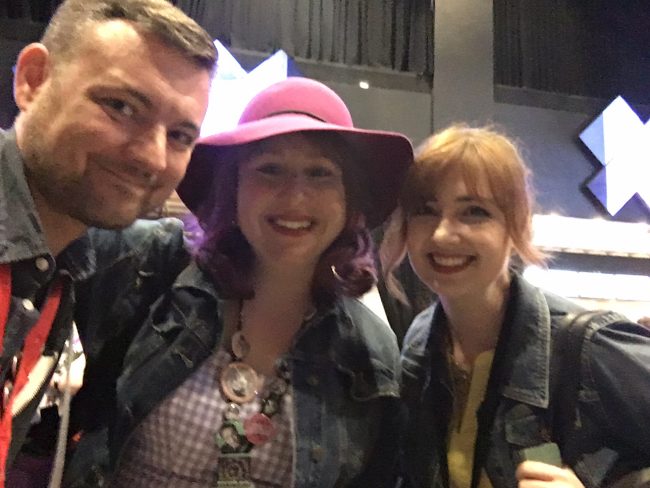 Sleep eludes me. While Friday was a lot of fun, my third day at TCMFF was hectic and probably my toughest of the festival.

Starting off the day, I made it into All Through the Night, a very fun Bogart film, that had a great, witty introduction by Michael Schlesinger. He pointed out that the film is actually referenced in Casablanca, and its similarities to the great Bulldog Drummond Strikes Back.

Unfortunately (for me), I snuck out of the film early to get in line for the highly anticipated Tarzan and His Mate.

I sat down in line for TARZAN two hours early and the gentleman said, "We'll be handing out numbers shortly." I replied, "Oh, no, you don't do that until an hour before showtime." AND ANYWAY I'M AN IDIOT #TCMFF

Tarzan and His Mate

The censors’ #1 issue w/ TARZAN AND HIS MATE (’34): nude swimming. After the movie was rejected, it went to a jury of producers where MGM cited passed nudity in pics like BIRD OF PARADISE. In a rare move, the jury upheld the rejection, forcing MGM to edit. #TCMFF #TalesfromthePCA pic.twitter.com/jHUR0tLkOS

At TARZAN AND HIS MATE, Ben Burtt said the vocal patterns of Cheetah the chimpanzee and were his inspiration in creating the voices of Wall-E and R2-D2 #TCMFF pic.twitter.com/DvGQVSNzFe

So the presentation for Tarzan was fun and fantastic. It went covered a lot, tracing MGM’s decision, after the troubles of Trader Horn, to move to a more backlot approach to its African epics. They talked about MGM’s zoo, and Mary, the rhino who appears in a number of the Tarzan films, usually in the same footage. The highlight of the presentation was Ben Burtt’s investigation into Tarzan’s warbling yell and how sound engineers back in the 30s crafted it.

The movie itself was kind of a ‘woo boy’ fest, with a lot of pointless action scenes strung together with no regard for emotional investment or logical consistency. So, hey, at least some film making traditions are alive and well.

After grabbing a bite to eat at a ramen place, I got in line for Blood Money, the most obscure pre-Code of the Festival (and the only one not on DVD). I’d reviewed it way back near when I began this site via a bootleg, and remembered having mixed feelings. (Maybe I should have actually read the review, but I wanted to be surprised!)

Blood Money, the third film 20th Century Pictures released, was seen by the Production Code Office as being very much in the ‘gangster’ cycle. George Bancroft is a bondsman who thrives off his underworld clientele until the day that his lover’s younger brother, who is also a bank robber, runs out on him and leaves him stuck with the check. Misunderstandings ensue, thanks to a hula-crazed, sex-crazed, kleptomaniac played by Frances Dee.

The movie has some really over-the-top moments. The best part is that this was a Bruce Goldstein presentation, so he delved into the film’s many cuts and edits. It was a lot of fun.

Bruce Goldstein’s presentations are always among my favorite, especially as he compiled all the different cuts the films had suffered in different locales. What did Pennsylvania have against the words “sweet pea”? #TCMFF pic.twitter.com/ctWYYrvWpe

I was pretty suck of the multiplex by the afternoon and decided to shuck my plans and head over to the Legion at Post 43. I’d never seen Indiscreet, a Cary Grant/Ingrid Bergman comedy directed by Stanley Donen. It’s a cute movie– a little too smooth– but the performers are both utterly charming and the movie is gorgeous.

.@caribeauchamp introducing INDISCREET at the Legion. There isn’t a bad seat in the house. #TCMFF pic.twitter.com/P27ugfMmH8

Not only did INDISCREET feature Cary Grant and Ingrid Bergman chit-chatting about climate change (!), but it featured a gag about left handed violinists being ridiculous— which hit too close to home. 😥 #TCMFF

I also checked out the introduction to the midnight show of Student Nurses, which was humbling. But I needed sleep.

Fun fact: 5 years after fighting *for* WATERLOO BRIDGE, when the play came across Breen’s desk in 1936, he informed Warner Bros. that the story was objectionable due to the glorification and sympathy it creates for prostitution and the main character. #TCMFF #TalesfromthePCA pic.twitter.com/DVZSVEsinn

Digging through the wares of @WarnerArchive earlier. I ended up with a Wally Beery movie called JACKASS MAIL, which seems about right. #TCMFF pic.twitter.com/cqTNgqnaRL

This was definitely a highlight of the festival for me, seizing legendary film historian Kevin Brownlow receive the second annual Robert Osborne Award for Film Preservation and discussing his film “It Happened Here”#tcmff #tcmff10 #tcm #letsmovie pic.twitter.com/pN0TB924N4

Closed down day three with yet another pre-code, the 1931 version of “Waterloo Bridge”#tcmff https://t.co/fySuIe0d8Y

My Sunday sees Garbo on the big screen, Kevin Brownlow talking his career, and more!

Hello Pre-Code, enjoying your review of TCMFF. It was my first and I’m not sure we saw the same movies so it was awesome to see the recap. I do hope the midwesterners you met were friendly and polite. I seemed to have only met classic film fans from CA at the movies- exception was Backlot meetup. I did share your wrap up article with links on our TCM Backlot page so the others that could not attend could see more about the TCMFF. Thank you. -Sarah 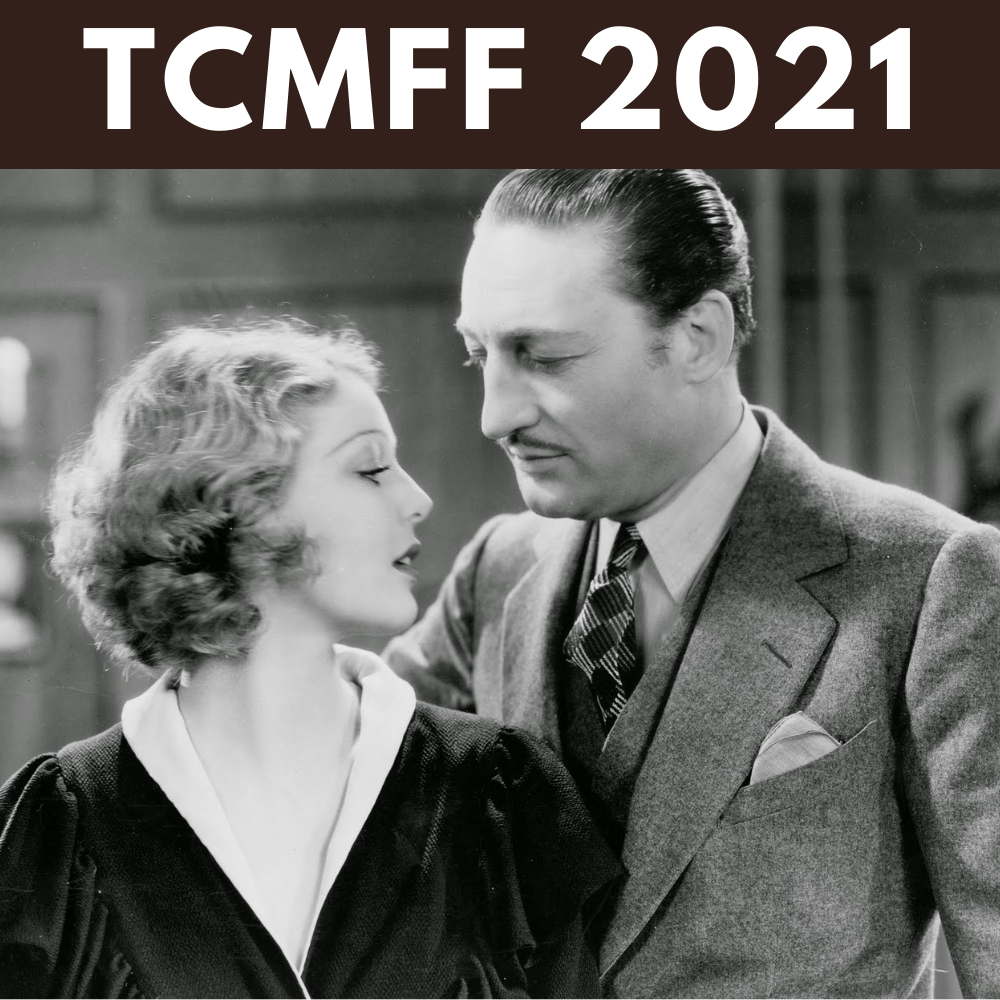 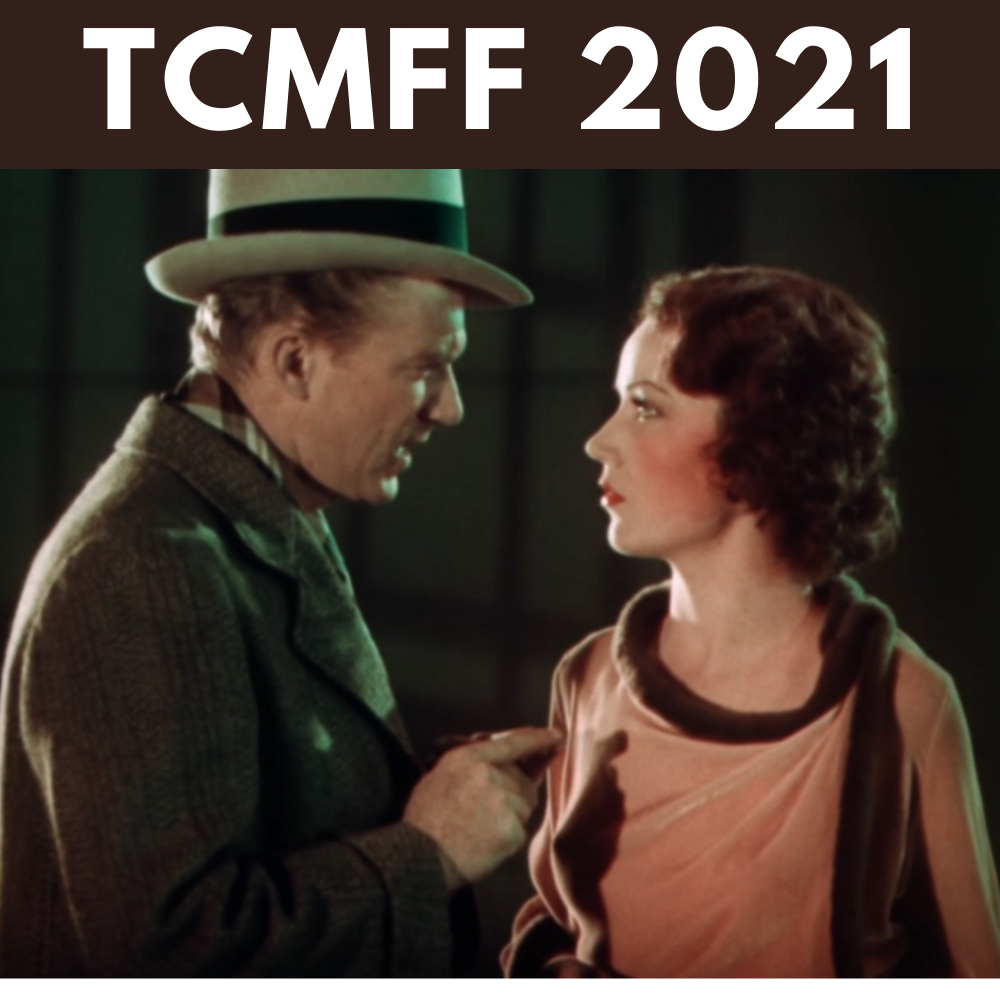 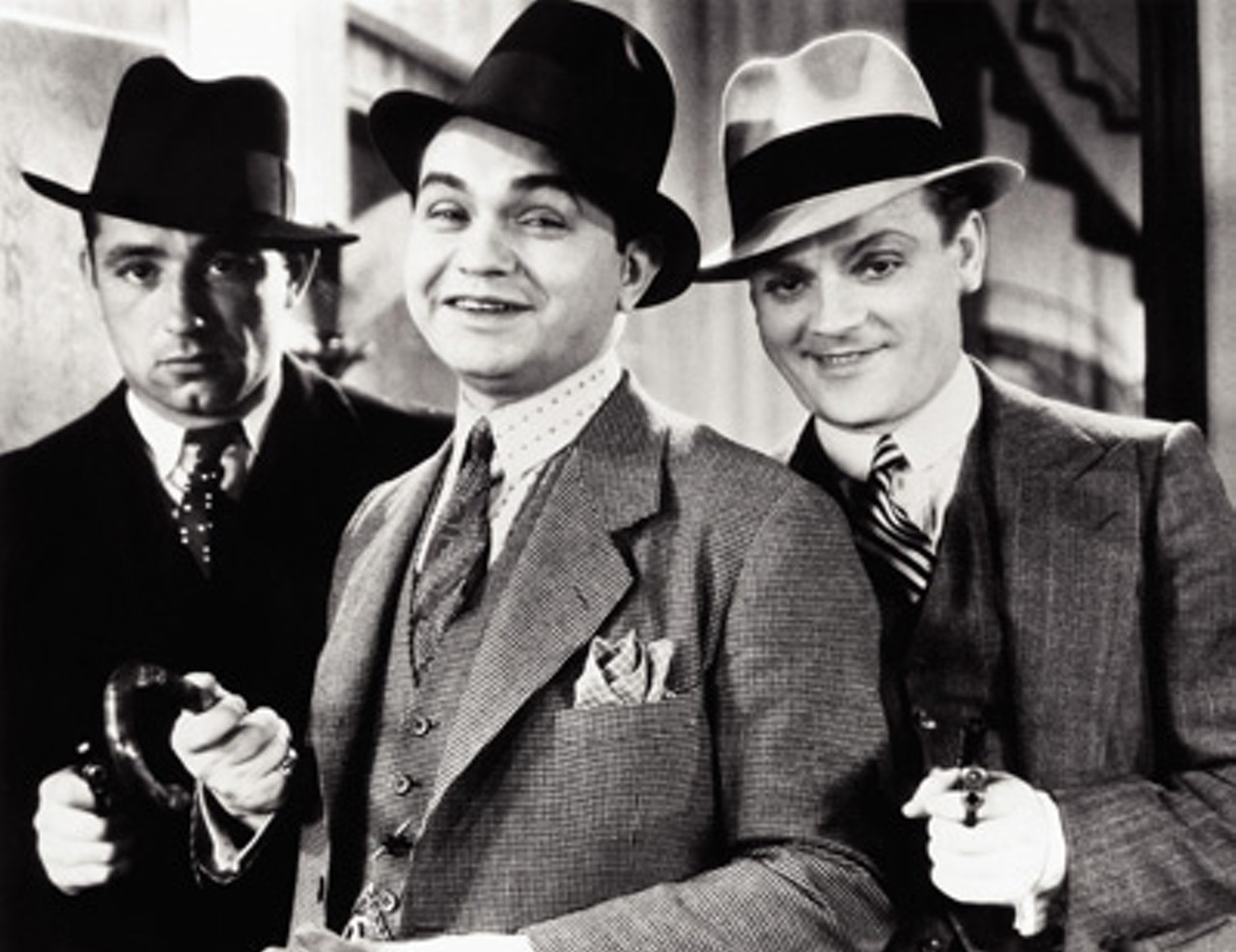