RKO in the Pre-Code Hollywood Era

RKO (Radio-Keith-Orpheum) Pictures was formed in the late 1920s in a case of corporate synergy. Combining the KAO theater chain, the FBO production studio, and RCA’s sound technology, RKO was on the forefront of talking pictures. 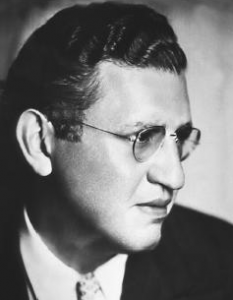 Its adaptation of the popular Broadway musical Rio Rita was an early hit for the studio, and also the first appearance on film of the comedic team of Bert Wheeler and Robert Woolsey who would go on to make a series of extremely popular comedies for the studio. 1931 saw the studio winning its first (and only) Best Picture Oscar with an adaptation of Edna Ferber’s Cimarron, which starred two of the studio’s biggest stars, Irenne Dunne and Richard Dix. Other stars at the studio included Ricardo Cortez, Dolores del Rio, and Katharine Hepburn.

David O. Selznick joined the studio in 1931 and promoted the idea of giving producers more independence and helped revitalize the studio’s output during his brief 15-month tenure. During this time, Merian C. Cooper and special effects wizard Willis O’Brien produced King Kong, one of the most popular movies of the year and one of the most durable of RKO’s entire output.

Selznick had lured George Cukor to the studio, and his 1933 production of Little Women made a star of Katharine Hepburn. It was also the studio’s biggest financial success of the decade, and pointed the way towards a heavier emphasis on literary adaptations that Hollywood would take after the full enforcement of the Production Code in the late 1930s. 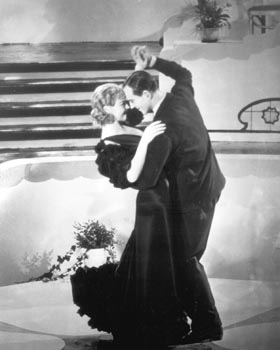 Ginger Rogers and Fred Astaire in Flying Down to Rio (1933).

Cooper took over production after Selznick’s departure. He picked up Ginger Rogers from Warner Brothers and put her in the big budget musical Flying Down to Rio as comic relief opposite Fred Astaire, thus kick starting one of the studio’s most popular duos.

RKO was never a studio to push the boundaries like Warner Brothers or Paramount, but their output– mostly action movies like The Most Dangerous Game or musical comedies like Dixiana— were all top of the line in terms of production design. 1934’s The Gay Divorcee may be peak art deco for the early 1930s and one of the most stylish looking pictures of the time.

With the end of the pre-Code era, many would say that some of RKO’s best days lay ahead of them. The Astaire and Rogers musicals continued through the end of the 30s with highlights like Top Hat and Swing Time still being celebrated today. During the 40s, when the studios was on the skids, Val Lewton’s moody horror films like Cat People and I Walked With a Zombie helped define the genre. Other famous output from the studio included Kitty Foyle, Bringing Up Baby, and Citizen Kane. 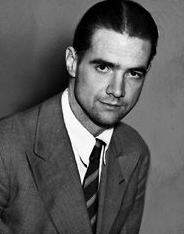 However, in 1948 Howard Hughes bought a majority stake in the studio. As television emerged as a major competitor and Hughes’ tyrannical reign slowed or delayed output, the studio began to falter. Hughes’ interference cut the studios profits from 1947 to 1948 from $5.1 million to $.5 million. In an attempt to cut down on legal costs and ingratiate himself with the government, Hughes acquiesced to the monopoly accusations that had been brought up against the major studios, effectively pushing the first big domino over in ending the studio system and the Golden Age of Hollywood.

After single handedly eliminating most of the studio’s stable of talent, profits, assets, and viability, Hughes sold the studio to General Tire who mined RKO’s library for television syndication deals. The studio ended all production by the end of the 1950s.

RKO’s Defining Films of the Era