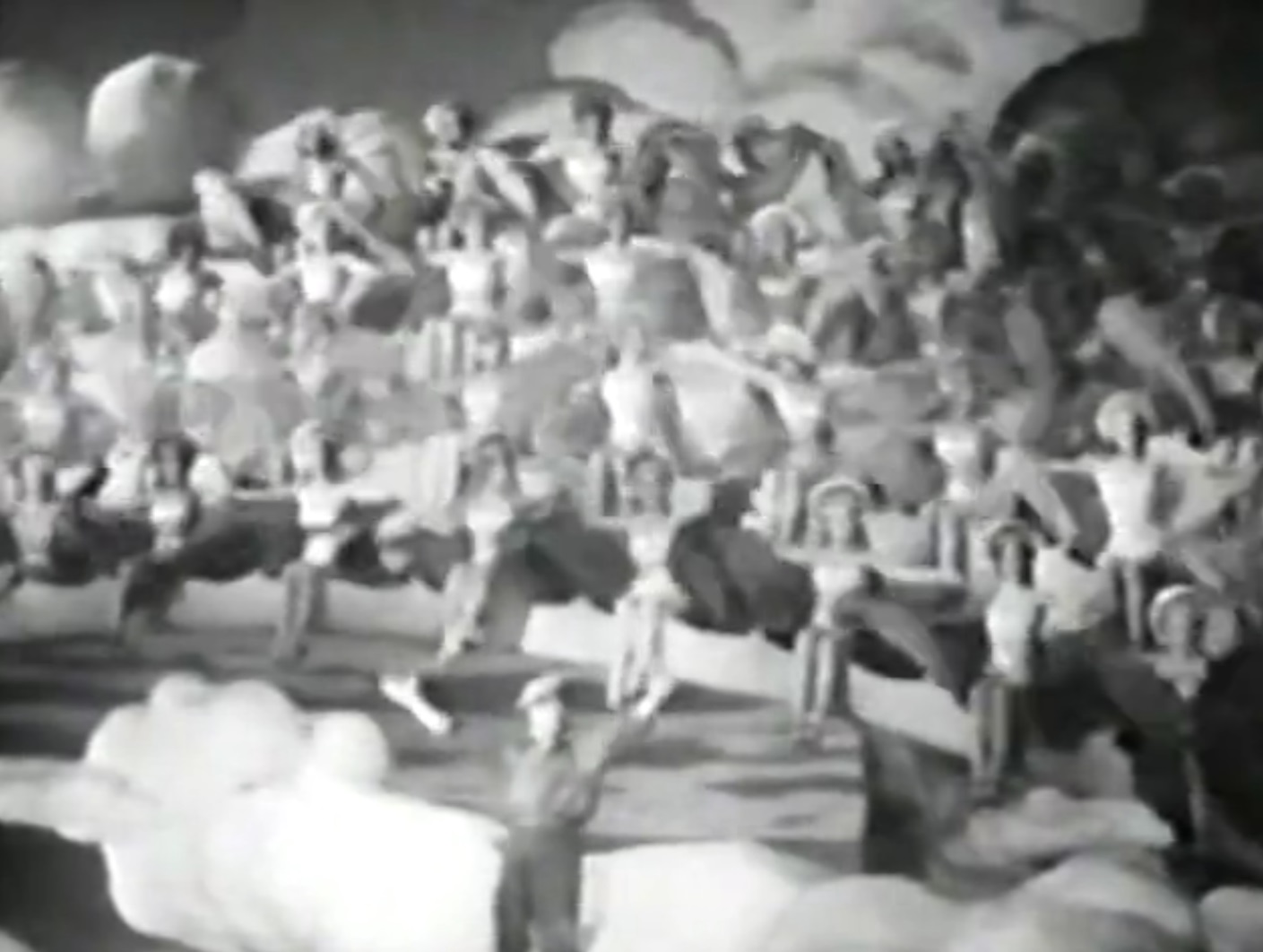 Paramount on Parade: Let’s Put on a Show!

“In order to bring some international flavor into the revue. Mr. Paramount has asked me to do something typically French. Typically French… Of course, there are many things I could do that would be typically French. But, I don’t know… of course, I’ll do it, but if it’s a little bit naughty… it’s going to be French! That’s all!”

Paramount on Parade is a real throwback. By that, I don’t just mean to that time in 1930 where studios were throwing together massive musical revues with their big stars just to show off– though it’s certainly that, too. No, Paramount on Parade hearkens back to the time when you could enter a theater and leave the theater at basically any time during the show. The movie was on repeat, in between newsreels and cartoons, you see. This picture, as a revue can safely be left and returned to after a bathroom break, with nothing of consequence missed.

That probably sounds like a slam, and I won’t beat around the bush– the movie stinks. But there’s undeniably a cushion built in, a certain professional wobbliness right under the surface. There’s a lot to account for that: like many Paramount productions from the time, it was a– excuse my backlot French– clusterfuck whose end results is missing a bunch of filmed segments in an attempt to slim it down. You have one sequence with Gary Cooper, Fay Wray, and Mary Brian where they talk about the next segment, which simply doesn’t happen. Nino Martini is introduced as a great singer, but his song was cut from the film. I’m not even sure I fully understand the punchline to the “Apache Dance” number. Or even the joke, really.

Told with three ‘masters of ceremony’– Jack Oakie, Leon Erroll, and Skeets Galagher– we’re treated to a cavalcade of comedy and musical numbers. Keeping in mind that this is a 1930 production, experienced viewers can predict the results– elaborate dance numbers with questionable choreography and songs shaky in the higher registers. Comedy skits that come from only a few varied shots. And a pace that sometimes just drags.

Your highlights will vary, depending on what stars you like. While I am an avowed fan of William Powell and Jack Oakie, their comedy bits are weak. Fredric March is barely in the thing. Oh, and Maurice Chevalier, who can be assumed to be the face of Paramount at the time, gets three numbers, one of which is parodied by Mitizi Green shortly after he performs it!

Chevalier’s last number and the film’s finale are among the best parts of the film. The other, easiest recommendation is Clara Bow’s number, “True to the Navy”, wherein the star and a dozen sailors march with a certain zeal. The good news– you can literally skip the film to the one hour mark and see all of the best parts.

But what really amused me about the film is just what happened to most of these stars’ careers after this. Like MGM’s Hollywood Revue of 1929, it’s a snapshot of a studio at a specific moment at the beginning of the talkies. Though it’s a film meant to emphasize the stability of the great roster at Paramount and its undeniable talents, keep in mind that by the end of the pre-Code era four years later, the only actor listed above still a star and still making pictures at Paramount exclusively was Gary Cooper. Yes, even Chevalier defected to MGM by late 1934, and he’d be gone from America shortly thereafter.

I guess that’s why I couldn’t give the film a full dislike. For all its fussing, it’s not pretentious, and even its worst moments– either Chatterton trying desperately to wring some drama out of a tragic song with the worst French accent I’ve ever heard or Zelma O’Neal’s inability to face the camera at any given time– aren’t painful. This is one hundred percent a movie for film scholars now, a freeze frame during that transition to talkies in a moment of chaos that hoped the worst of it was over. Brother, it wasn’t.

Now the U.C.L.A. film archive has reconstructed a nearly complete print, using new-found sound track recordings and color footage. (One scene has soundtrack only plus still photos, another has image only without sound.) This new footage reveals a long shot of Jeanette seated in a gondola at the beginning of the “Torna a Surriento” (Come Back to Sorrento) sequence sung by Nino Martini. However, when the camera cuts to a close-up, it is another actress who does nothing but smile at the singer. Originally, the song had been a duet, but when Jeanette’s part was cut (probably for time considerations), it is likely that Jeanette insisted on removing her image so she wouldn’t appear to be a mere extra. This was easy to do in the close-ups, but it was too expensive to re-shoot the Venetian canal. Thus the mystery of Jeanette’s involvement with Paramount on Parade is more or less solved.