TCMFF 2016 – Full Schedule Posted and Where You’ll Find Me! 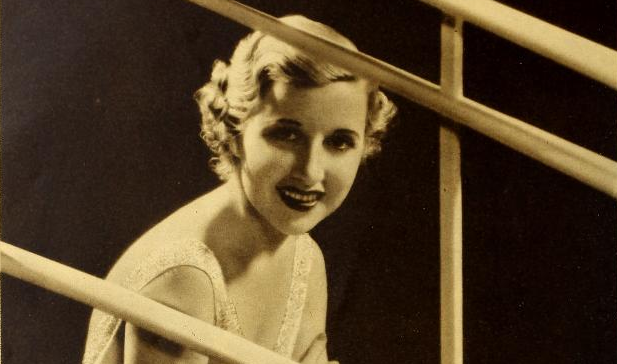 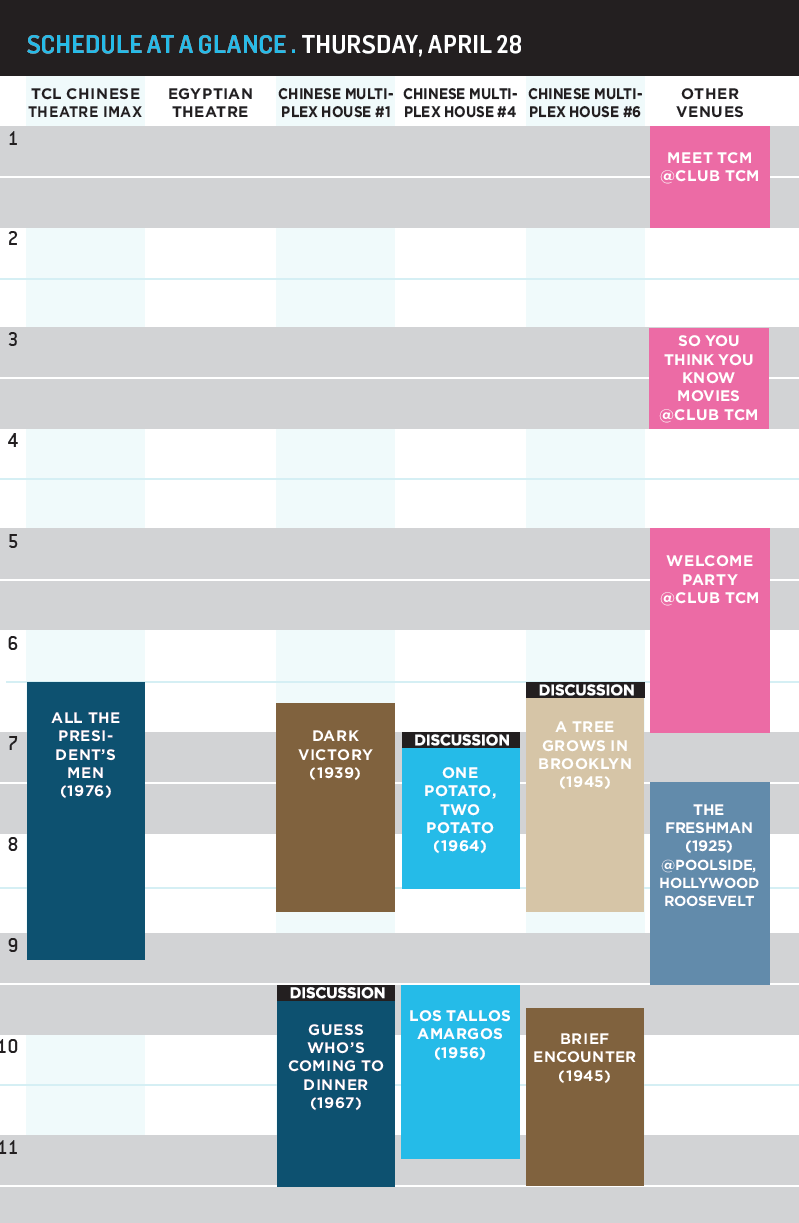 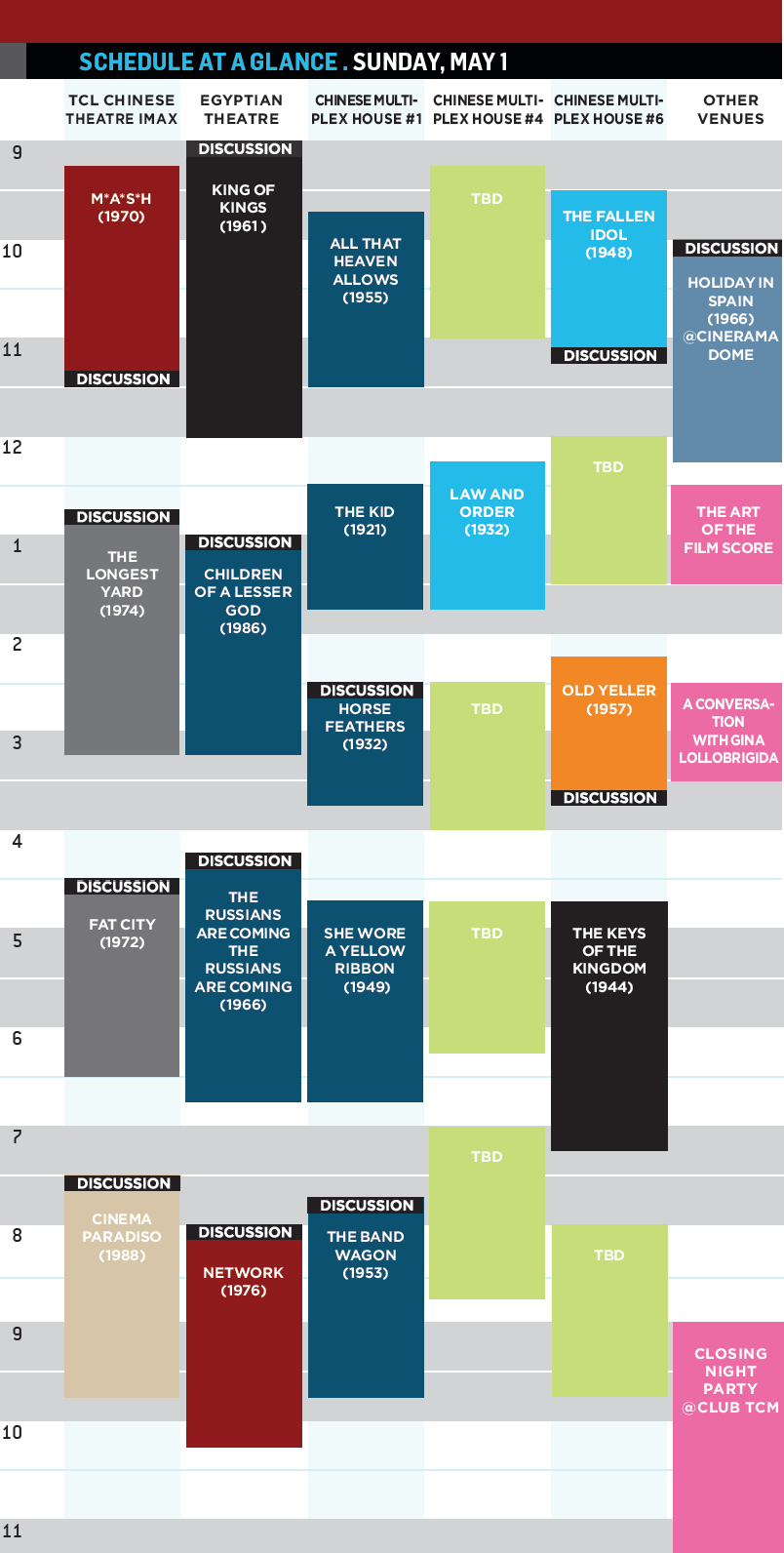 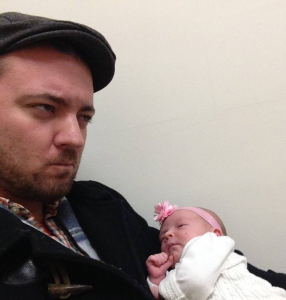 Unfortunately, the baby did not get press credentials this year and thus does not get to come along.

Oh man, I would LOVE to meet Mark and have him sign a couple of my books! I freaking love that man.

You should try and come, Veebee! Everyone would love to meet you. Someday!

I LOVE “A Tree Grows in Brooklyn”. It would be my choice as well (especially with the discussion). And go for “Batman”! It IS fun!!!

Batman ’66 is, like, one of the most fun movies ever made. It’s a tough, tough call, especially with Adam West in person.

Adam West in person! Done. Wish I could be there!

Watch the $)#(*%)(# out of that stuff, bud. I’m sooo excited about the restored Horsefeathers and Shanghai Expresses you don’t even know

Glad to hear you’re coming in early. I don’t know how you did it last year. Jet lag from Japan is brutal, though I’ve never done it with Japan as the starting point. Looking at your picks I think we have six in common.

Awesome, man! Yeah, last year was rough. At least now I’m used to sleep deprivation with the kiddo, so may be it won’t be so rough….

I didn’t realize Pleasure Cruise was a hot ticket, though I guess that doesn’t surprise me. Kind of bummed that two of my must-sees are in tiny theaters! BTW, your daughter is freaking adorable.

Ha, thanks! And they always put the must-see rare pre-Codes in the small theaters– scarcity drives demand. I really bet it and 6 Hours to Live will get replayed on Sunday, but it’s always a question if you want to risk it.

Looks like we’ll be crossing paths a few times – I’ll try and say hi. Adorable baby – are you sure she can’t make it?

Unfortunately, my breast feeding skills aren’t up to par, so it would be a VERY difficult trip. Someday, maybe!

I’ll be living vicariously through you again this year. Hubby and I have been calling Ben Manciewicz “Beef” all year. Thanks!

Ha, hope I do a good job again this year! And I still really want to make ‘Beef’ Mankiewicz a thing, dagnabbit.

Oh man. You make me REALLY want to see Pleasure Cruise, which I’ve never seen. Was just going to publish my picks and linking to your picks and now I’m even more conflicted than before!! ALSO, I’m sure I’ll see you around, but definitely at the wine tasting! 🙂

Aurora
Once Upon a Screen