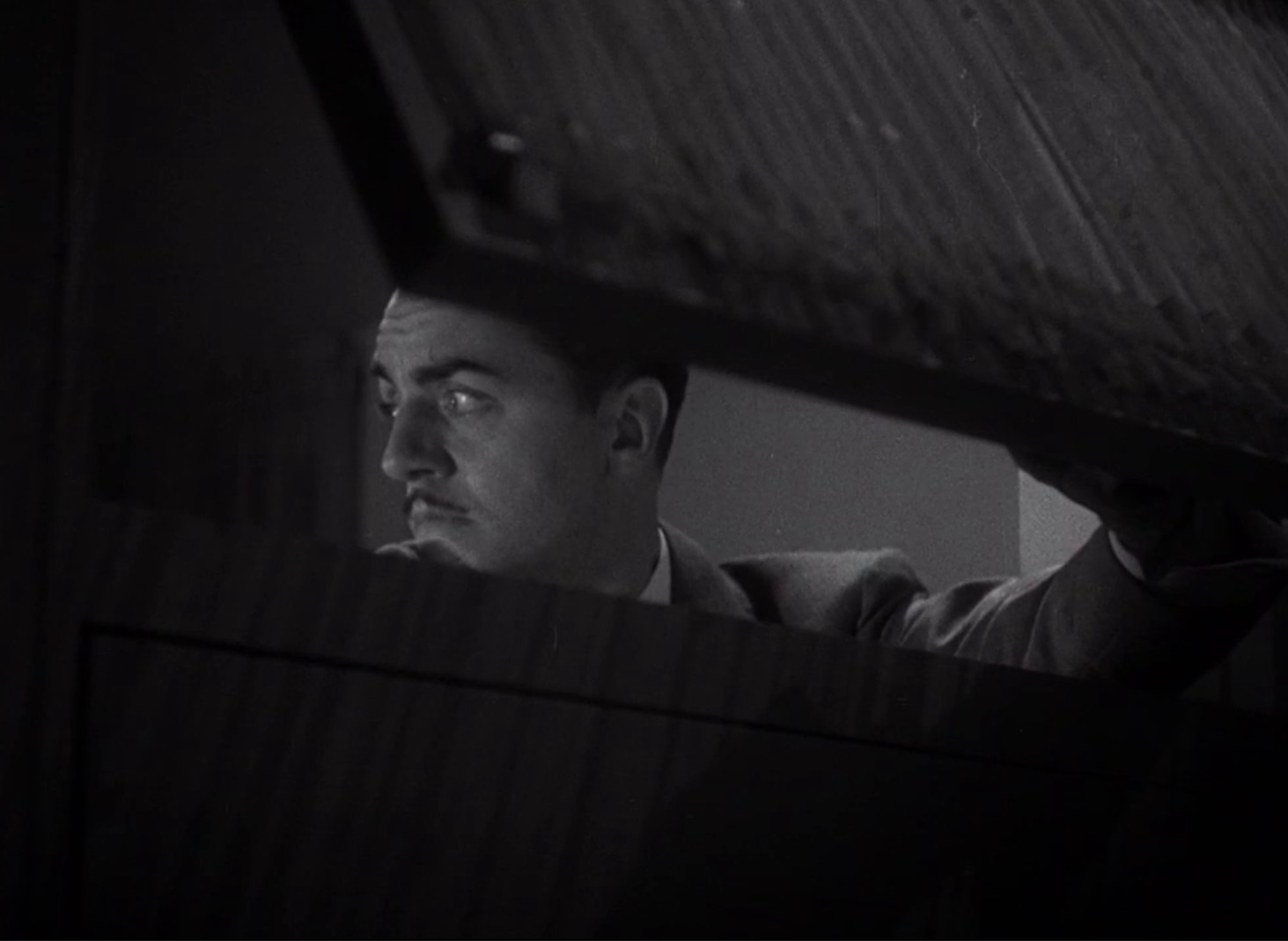 “What do you think of the suicide theory now, Sergeant?”

“Well, it’s slightly complicated since the man shot, slugged and stabbed himself – especially in the back.”

There’s a reason you don’t hear much about Philo Vance much any more, and it’s probably because, as a character, he’s as deep as a sheet of paper. I will admit, I read The Canary Murder Case earlier this year and was practically trying to rip out my eyes as it dragged on. It’s all pyrotechnics, no heart. Once you know how the mechanism works, the interest evaporates.

Like Canary, The Kennel Murder Case is in the puzzle box class of murder mysteries. Rather than relying on the characters to pull you through, the audience is engaged with teases and hints at who the villain must be all while they’re invited to help unravel a ludicrously convoluted plot. Usually these are slightly insane– the setup in this one involves a man in a locked room who looks to have committed suicide, only for it to slowly be revealed that he’s really been murdered twice. So many details emerge that Vance and associates break down how the murders happened in a moment-by-moment analysis but are still baffled by who did it.

The great advantage to the movie is William Powell’s presence as Vance. With a main character whose only affection in the movie is for his pet Scottie dog, it’s important to have someone at the center with inherent watchability– star power, if you will. Powell’s got that, his wry wit easily able to diffuse Vance’s natural superior intelligence. The movie also connects him with gruff Detective Heath, played by Eugene Pallette, who gets to be the dumb cop to evoke a few chuckles.

Each suspect is an archetype– the rival, the girl (yes, I know), the jealous lover, the jealous lover’s other, the shady secretary, the dastardly brother, the foreigner hiding something and there’s even some suspicions cast upon the butler. Ralph Morgan proves he’s no Frank Morgan, while Mary Astor isn’t given much to do besides a few wisecracks. The highlight of the side characters is Liang, played by James Lee. Liang is a well-educated cutthroat who pretends to be a dumb cook to the myriad of white men who don’t look past their own bigotries. It’s not exactly a glowing character, but compared to the usual stuff Chinese actors were handed at the time, this part at least has a measure of depth and sympathy.

Michael Curtiz, who was really churning them out at Warner Bros. this year, gives this one a light, mischievous sort of tone, replete with camera tricks that keep things moving at a snappy pace. Comparisons to Powell’s Nick Charles are inevitable– hell, MGM’s trailer for The Thin Man has Vance and Charles gab!— but while Nick is a coy lush, Vance is all business. The Kennel Murder Case isn’t romantic and it isn’t charming in the same ways, but it’s fun and well-crafted. Its pyrotechnics work, and, for once, are worth more than one go.

For Powell, The Kennel Murder Case seemed something of a setback. He had already played Vance in three early talkies at Paramount, starting with The Canary Murder Case in 1929. Two years later, he left Paramount for Warners, with the promise of better material, script approval and more money. But during his time there, he only appeared in one other film of distinction, the tragic romance One Way Passage (1932), with frequent co-star Kay Francis. Disappointed with his prospects at Warners, he would jump ship for MGM in 1934. That very year MGM would transform him into one of Hollywood’s top stars as yet another sophisticated sleuth, Nick Charles in The Thin Man, with Myrna Loy as his partner in marriage and mystery.

It is an ingenious and always interesting story. No sooner has Vance actually gone to work on solving the crime than he discovers that Coe’s brother Brisbane also has been slain. Vance is well pleased with himself therefore that be disembarked from a steamship about to leave for Italy to ascertain whether or not Archer Coe had been murdered.

Sergeant Heath is of the same dubious assistance to the modern Sherlock Holmes he has been in other cases, and, as usual, he leaves the screen undaunted by his inability. Heath fumbles for his handcuffs at the end, and even these are found by the hawk-eyed Vance.

3 Replies to “The Kennel Murder Case (1933) Review, with William Powell and Mary Astor”