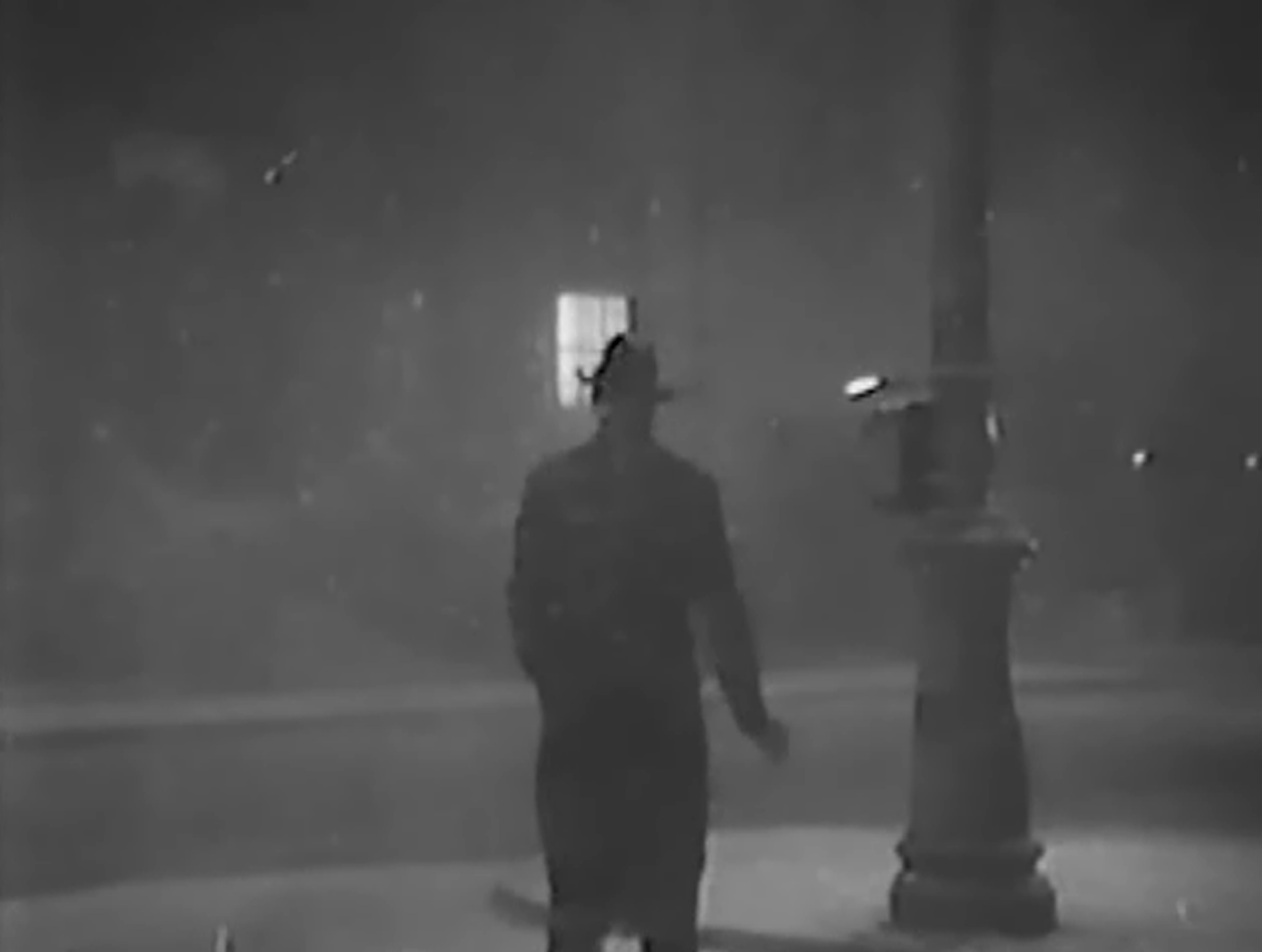 24 Hours: Counting Down the Minutes

“It’s like having a puzzle embedded in the middle of your brain. […] When I drink, I see deep down in the redder things. It gets so horrible, I have to take another drink to blur it out.”

The atmosphere of 24 Hours is rather unique and unsettlingly pervasive. It’s a cold, snowy night in New York as the following checklist of events unspool, and the evening seems endless and bleak. The weather is an echo of the frosty emotional state of posh socialite Jim Towner (Brook), and, in a remarkable bit of uncanny foresight, my own feelings toward the film as well.

Towner drinks and his wife Fanny (Francis) cheats on him, or maybe it’s that his wife cheats on him so he drinks, or maybe even he drinks so she cheats on him. On the aforementioned snowy night, they begin the evening at a party. They’re stuck in that awkward social situation where the wife’s lover, David (Watson), is flirting with the other woman at the party. Fanny chooses this moment to confront her husband about his drinking. Towner carefully assesses the situation and decides to take off on another bender.

First stop is a speakeasy, where Towner arrives just a few moments after a gangster is gunned down. He doesn’t mind since the booze is still flowing. After that it’s to an upscale nightclub where Towner meets up with his usual drinking compatriot, Rosie (Hopkins). Well, she’s supposed to be more to him than that, but imagining the two doing anything much more than drinking and tossing off half baked philosophies with the enthusiasm of a French teenager during a summer of extreme ennui stretches credulity. Their sex probably involves sitting opposite sides of the bed and starring out different windows while sliding a scotch bottle back and forth across the headboard.

But we don’t quite get that far. Rosie gets a number of songs, one whose lyrics include, “you’re leading me to my grave” and the other about being unable to stay away from a dangerous man, and who should enter the picture but her drug addled, desperate ex-husband Toni (Toomey). He’s also the man who gunned down the gangster earlier, and is still in love with his wife. A real winner.  After Rosie teases and taunts him a bit, he decides to stalk her and Towner back to her house. No lovemaking there as Towner blacks out and Toni murders his wife out of frustration and anger.

Can Towner convince the police he didn’t do it? Or will he just look morose? More morose. Mormorose? I’m not sure.

24 Hours seems to be about love in its many forms– purely sexual love, empty love, love founded on mutual disillusionment, love of drinking… but I’m not sure it really makes any conclusive points about any of them. It’s a voyage of self discovery for Towner as he learns that his wife really does love him and that they’ve both been stuck in a spiral of bad behavior. Realizing you’re stuck is half the battle and all that.

But of course that also leads to the film’s other message, which is rather aggravating. The rich continue to suffer in luxury and love while the poor are dead and forgotten. While this tragic story is much beloved for all of the stuffy nobility it embodies, I’m pretty sick of it. Maybe the rich should die as an example to show the poor how to live? Or would the poor just be too busy celebrating?

This isn’t the first time this plot has shown up around here (in fact, the much more aggravating All of Me also with Miriam Hopkins takes much the same tack), and here all of the emotional trauma is deadened through clever application of Clive Brooks. His Towner is a man whose final speech promising to give up the bottle and remain with his newly loyal wife is is filled with the same enthusiasm with which one may read an IKEA assembly manual. Towner is so repulsive that he constantly calls his wife a ‘thoroughbred’ as a term of respect, not even realizing that it probably has other meanings as well.

The only person in the movie with a spark of life is Miriam Hopkins (naturally), whose singing I won’t give high marks but whose energy I can endorse. Her character is caught in the bizarre position of working in a restaurant named after her but still hounded by a mean boss. She’s independent and daring, but still stuck with a slug of a husband. And then, when Towner comes a calling, it’s time again to be morose and thoughtful, like it’s campus poetry night. Hopkins can’t help it. It’s just lame writing.

Francis is also stuck with an inconsistent character who realizes that she still loves her husband and then just kind of mulls on it throughout the film. Francis was still finding her chops, and she does some excellent work with just her eyes in the opening. But, as it happens, she disappears for much of the film to no avail, and sadly shares no scenes with Miriam Hopkins as she would in their next film together, Trouble in Paradise.

The direction from Marion Gering is very energetic and creative, but it’s like wheezing into a balloon with holes in it. While I can appreciate what 24 Hours does and how it’s so ambitiously shot, I still can’t work up any enthusiasm for it. It’s about some very cynical and wry people, but I still haven’t figured out what they’re cynical or wry about.

Hopkins stands out above all as the flamboyant Rosie Dugan who thrills the crowd while belting out a pair of songs and then gets to deliver many of the movies’ best lines whether she is musing over doomed love with Brook or tearing Toomey down to size with heaps of insults.

While Brook ambles stiffly about (I like Clive Brook, but he does remind me of a penguin at times) and Francis poses in fantastic gowns, Hopkins is throwing her body all over the screen.

From her singing directly to crowd members during her floor show to going limp as an emotionless rag doll in husband Toomey’s threatening arms, Miriam Hopkins is a revelation in this early role. 24 Hours is only her third film under her Paramount contract and it’s sandwiched between a pair of classics in The Smiling Lieutenant and, from late 1931, Dr. Jekyll and Mr. Hyde.

Mr. Gering invites one’s attention to the passage of the hours with no little artistry. The camera soars over roofs and the skyline of a section of the city comes to the screen. He is better at this sort of thing than he is at the actual carving of characters. Still there is his zealous if not too imaginative direction of scenes in a cabaret and others with Towner becoming more and more intoxicated. Also he has called for modulated but distinct utterance from the players.

First off, “singing” is far too mild a label for what Hopkins does with this song. She belts it out in a slightly off key. She moans. She shouts. She laughs. She soundlessly mouths the words. She sidles through the crowd, singing only to the men in the audience – completely ignoring the presence of their pissed off dates. She clutches her hair. She sighs. She warbles in a baby voice. She sings just inches from the face of one man, rolling her eyes in resignation when her attentions fail to raise the ardor of another.