“There ain’t no reason I can see why a horse don’t have the same right to a trial as a man.”

Set in the dusty hills of Maricopa County, Arizona, the grammatically enunciated Ride Him, Cowboy is the tale of a newcomer to town who arrives just in time to prevent a great injustice– Duke, a lovely white horse, is on trial for his life. He attacked someone, but we in the audience know it was the bad guy’s fault. It seems a villain named “The Hawk” has been terrorizing the countryside for a while now, and the townspeople hope that Wayne can save them all.

Of course, the Hawk actually turns out to be ‘the most respected man in town’. How you can be the most respected man in town and also regularly prosecute horses for murder is beyond me, but if we learn anything here, the Old West had its quirks. This is especially evident after the Hawk frames Wayne for his misdeeds (despite arriving in town the day before) and then prosecuting him with the unalienable evidence that a planted harmonica proves Wayne’s deceit. One of the joys of the movie is just how off it is compared to more streamlined enterprises– this includes the heroine saving the hero and the villains messing up their own charade spectacularly. 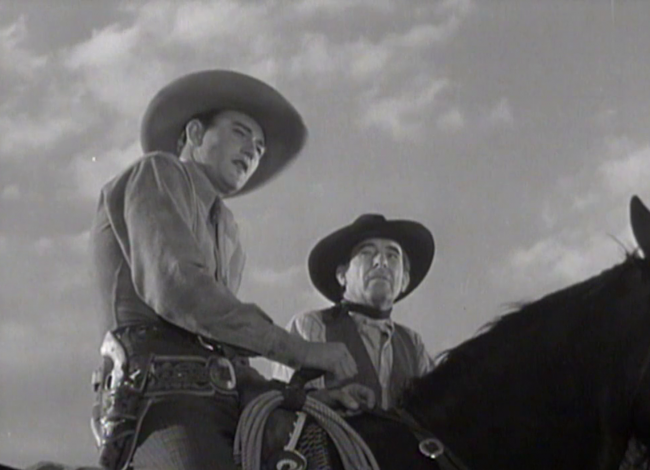 It’s fun watching the young Wayne– I’m not sure he ever mastered the word ‘hombre’– as he plays the harmonica, tames Duke, wriggles his way out of some ropes, jumps onto a horse from a tree and defends his life.

… I think I just described the entire movie in that sentence, too. It’s one of those movies where the sets all look familiar– is the living room of the Gaunt’s the kitchen from Miss Pinkerton?– as do the comedic beats. There’s a buffoonish sheriff, the nice old guy, the bad old guy, the guy who is intimately familiar with tequila, et al. The movie is still fun, though, with a wide eyed innocence and a very clear desire to show off some fun stunts and let Wayne be a wide-eyed goof. 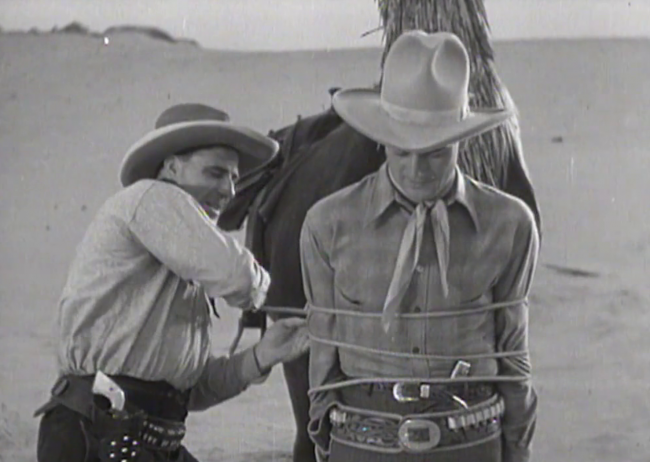 But let’s not kid ourselves– Duke is the real hero of the movie. The horse that begins the movie on the trial for his life, uh, does wind up crushing the villain to death, so props to him for stepping up. He certainly couldn’t be accused of… 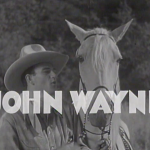 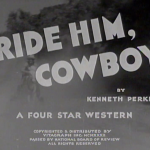 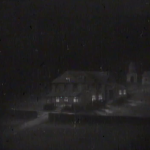 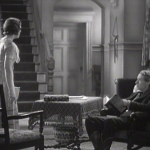 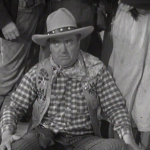 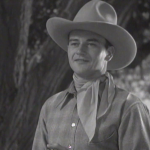 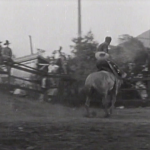 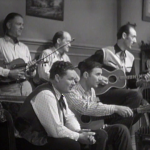 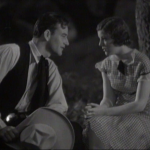 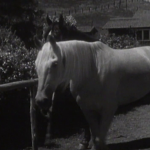 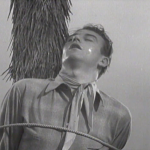 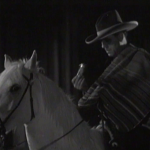 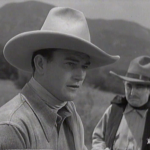 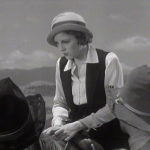 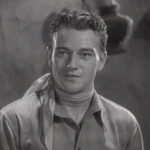 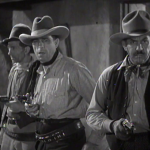 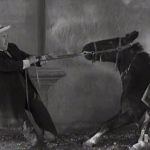 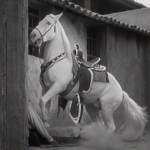 Warner Brothers had recently absorbed the studio First National Pictures, including its film library, and producer Sidney Rogell believed that First National’s Maynard westerns would be good material for talkie remakes. He convinced Warner Bros. producer Leon Schlesinger (whose greatest fame was in producing the “Looney Tunes” and “Merry Melodies” cartoon series) to partner up with him, and they in turn convinced studio chief Jack Warner to approve their project. The main appeal here was in re-using Maynard’s stunt scenes. Maynard was a superb horseman and stunt rider whose work would no doubt continue to thrill audiences. It also helped that Maynard’s westerns had been premium, expensive films with very good production quality — something that no doubt appealed to Warner.

danny i was reading your info and says you review films from 1930 trhough 1934..why not also those very early precode from 1928/1929? those are some good precode allucinating stuff too, you know?