“So this is romance.”

Miss Pinkerton can be quickly boiled down this: a film full of great looking shots desperately in search of a story. I don’t blame the actors or the director, who all try their best, but the creaky script that has more red herrings than your average major river.

These herrings pop up in the form of people simply acting suspicious. After a while you may as well start taking a shot every time a door is opened and we someone back up, as they were obviously listening in on the conversation. Why are they doing this? Everyone has their own motives which the movie keeps carefully away from us.

You see, Nurse Adams (Blondell) is doing some home nursing at a creepy dark house the night after a murder has been committed. The house’s young sire has been murdered and/or committed suicide. The suspects include the dying old matriarch, a maid, a butler, a doctor, a lawyer, and various other shady characters lurking about.

Police Sargent Patten (Brent) decides to unravel everything by having Adams do all the work. He nicknames her Miss Pinkerton because, you know, dames are adorable when they try and do stuff. 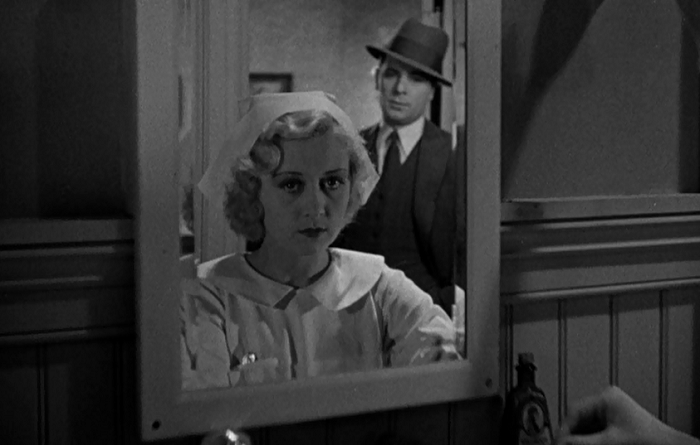 If you find that outmoded and/or patronizing, pack it in, this movie won’t win you over. Blondell mostly gets terrorized, and whenever she does any detecting it doesn’t go much of anywhere. She saves the day by screaming so loud that Patten hears her from outside the house and rushes to defeat the killer after she’s almost been choked to death.

Director Lloyd Bacon tries to spice up the messy plotting with plenty of shadows and atmosphere, but even that can’t do all the work. There are long extended silences, which would be fine if there were an ounce of tension. As it is, though, they’re just amicable conversation breaks.

Blondell also gives it a shot, playing Adams with verve and gusto. Brent may as well just sleepwalk through the entire thing, since his role is pretty much to be the daring man who shows up. The two do get a couple of nice moments at least, including one, after a tender embrace, they very quickly exchange some important information:

Otherwise, unless you’re some kind of sick pathetic Pre-Code completionist (guilty), Miss Pinkerton is worth skipping. 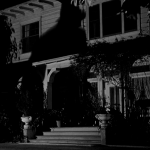 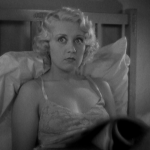 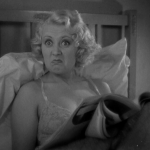 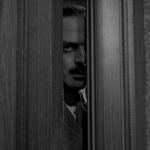 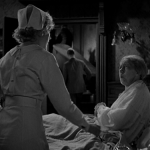 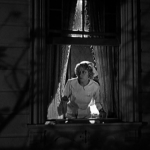 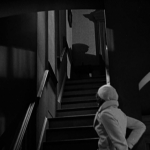 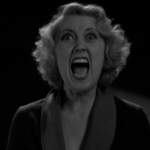 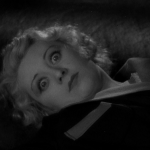 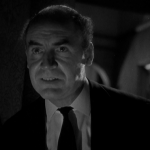 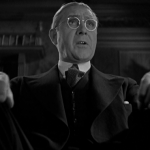 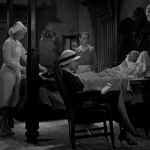 Even so staple a dramatic commodity as homicide should keep up with the times; terror may be expected to change its mask occasionally, and mystery to wear a new camouflage. In “Miss Pinkerton,” which was revealed at the Strand yesterday, the aging handmaidens of the murder melodrama perform their grisly dance in the gloomy mansion of old Juliet Mitchell, but the sound and the fury have gone out of them. There were heretics in the audience who laughed.

One Reply to “Miss Pinkerton (1932) Review, with Joan Blondell and George Brent”