The Affairs of Cellini (1934), with Frederic March and Fay Wray

The Affairs of Cellini: One From the Crotch

Costume dramas would come to dominate the films of the late 1930s, as they were both lavish and respectable– something Hollywood was trying to project after the scandalous offerings of the early 30s. If you can’t buy wit, you can certainly buy a sense of money being thrown at the screen.

The genre had its predecessors in the silent era and a number in pre-Code, but they were almost naturally more bawdy. The Affairs of Cellini has ornate set design and gorgeous costuming, but the movie isn’t exactly relying on this to put butts in seats. It’s far more concerned with trying to find a funny bone to tickle.

Affairs is an offbeat example of the bedroom farce. An artist’s model, a serial womanizer, and the ruling pair of 16th century Florence try to rearrange their coupling arrangements to little or no success, with the titular Cellini trying to prevent either the Duke or Duchess deciding that his Casanova act deserves to meet the end of a long rope. 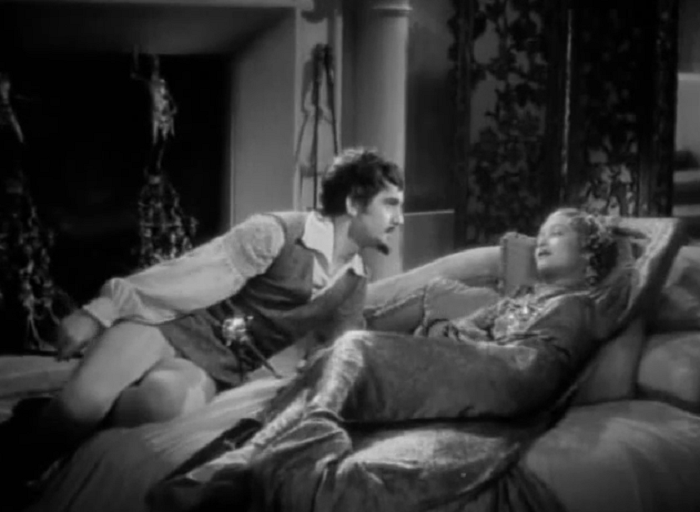 Benvenuto Cellini is an interesting main character. He’s a seducer, but the film shows him to be quite awful at it. His conquests are often followed by fateful encounters with jealous men who try and put a stop to him, and so Cellini only survives by his wits alone. We see as he tries to seduce Angeline, a beautiful artist’s model who seems to take a bit to catch on before she even realizes she’s being seduced and a bit while after that to overcome her constant indifference to all things and muster up any refusal.

Unfortunately for Cellini, the Duchess finds his string of lowbrow conquests and adventures to be stimulating. She commissions him to replicate a key for her boudoir and orders him to bring it later that night– without letting her husband know of it. Meanwhile, Cellini has also been engaged by the Duke to work as a glorified pimp for him as the Duke desperately wants to educate Angeline in the ways of food and flesh.

The Duke’s a buffoonish sort, which helps. The Duchess is much less so, with Joan Bennett playing her to the hilt as a dominating seductress. The best outfits in the movie are hers, which often highlight her assets handsomely. It doesn’t hurt that Bennett plays the part with delicacy, whiplashing between eroticism and jealousy at Cellini’s insolence to often bemusing results. 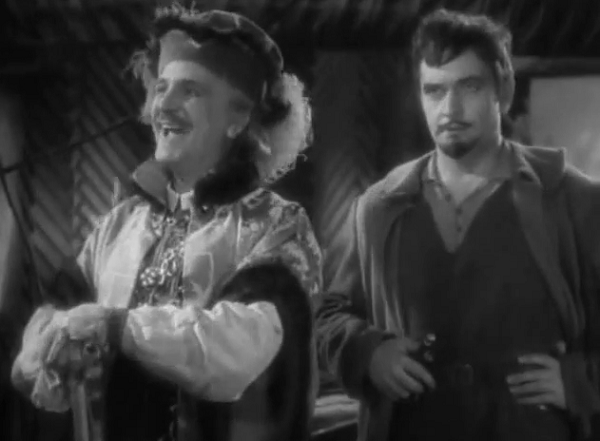 “For fun! Now arrange this tryst or I’ll kill you too, Cellini.”

What’s funny about it is that Cellini doesn’t seem to have any enthusiasm for the arrangement with the Duchess, other than in keeping himself alive. The film clearly elevates the high class, large sums of money idea of lovemaking over common tumbles in the brush. Angeline refuses to make love in a barn– a romantic hideaway for some women, but rather dull for Angeline’s new refined tastes.

Cellini is trapped between the Duchess’ wrath and the Duke’s lust, culminating in an extravagant dinner and a cup of poison. Will love survive death’s assured grip?

Well, yeah. Cellini manages to switch goblets with the film’s paltry villain, Ottaviano. The Duchess realizing that Cellini’s affections for Angeline have subsided, takes him in her arms in front of the gathered celebration. The film’s conclusion shows the Duchess bringing Cellini along to the winter palace to be alone while the Duke is left in the summer palace with Angeline. This veritable agreement to continue a blatant and openly adulterous relationship is amusing and shocking. 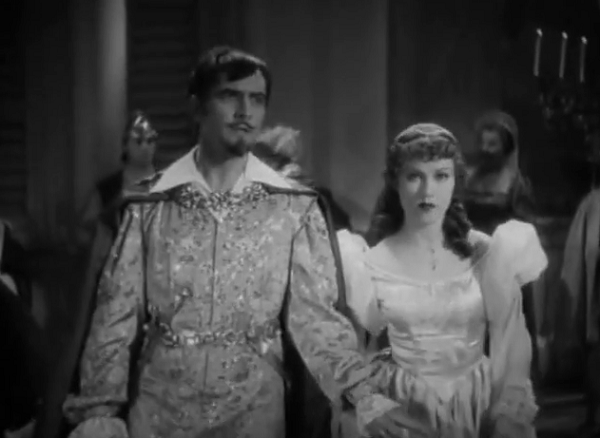 Sit down and shut up.

Again, Angeline has been seduced into the arrangement, while Cellini is merely a passenger in his own destiny. It’s extremely cynical, with the only way for him to keep on living is as a kept men. The rich keep the poor as playthings, and the poor need the rich to survive.

Affairs of Cellini could almost function as a send up of Errol Flynn movies if it weren’t a half a decade too early for that. March’s weak central performance– not helped by a character whose mostly reacting to the over-the-top supporting cast– and a script that seems too cynical by half drag down the proceedings. Frank Morgan’s bumbling Duke is also more annoying than amusing, as his constant befuddlement just drones on and on.

The film’s saving graces are then Constance Bennett and Fay Wray, both playing opposite ends of the feminine romantic spectrum: the wise seducer and the coy seducee. Bennett’s slink and feline posing make her a domineering force to be reckoned with. Wray’s clueless act is especially splendid, as is her ability to cut any man down to size unintentionally. 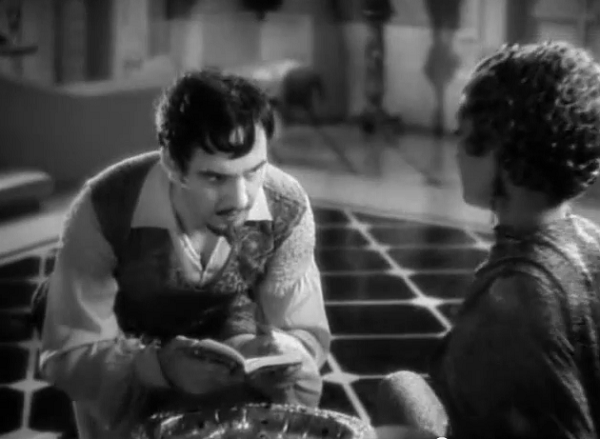 One of the last really risque comedies of the early 30s, Affairs of Cellini doesn’t feel restrained or hampered in its bawdiness, but like a swift derailment of the Don Juan myth. Just because a man’s slept with hundreds of women doesn’t mean that he gets the ones he wants, and this story, as told in the 1930s, thinks that that’s alright as long as everyone ends up with a palace over their heads– summer or winter. 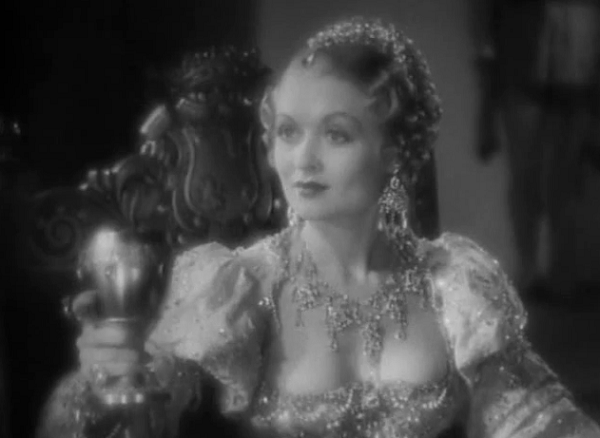 Here, however, we have coolly adulterous Miss Bennett as the Duchess de Medici, more Snow Queen than spitfire. As usual, Constance is the most wised-up person in the picture, going after Cellini and manipulating everyone in sight. Also as usual, Constance was the Siren’s favorite, giving just the right cynical touch to the picture’s best lines: “The tragedy of all great ladies is to discover that the men with the most exaggerated reputations make the poorest lovers. That is the reason we probably marry half-wits.”

Hover over for controls. Right click and choose ‘view image’ to see a larger version.