Alias The Doctor: Bond of Brothers

The word ‘convoluted’ covers a lot of ground, but I’m willing to bet if you looked it up in an online dictionary, this film would be embedded in the entry for it. Alias the Doctor is one of the most unreal movies ever put on the screen, a series of events that twist so much upon themselves that a random play through of board game Twister could almost suffice as a plot diagram.

Steely eyed, slow burning Richard Barthelmess plays Karl, a brash upstart studying to become a doctor well before he is alias one. He’s the adopted son of the Brenner family, with a brother, Stephan (Norman Foster) and a high pitched sister Lotti (Marian Marsh). There’s also the matriarch, Martha (Lucille LaVerne), who has insisted that the two brothers leave their Austrian farm and travel to Vienna to become doctors.

Once in Vienna, Karl becomes a masterful student, often lecturing the class at the professor’s behest and tutoring. Stephan, on the other hand, goes to beer halls and puts his mitts all over barmaids who don’t seem to be a huge fan of the drunken letch, but since this is pre-Code, it looks like he gets to have his fun anyway. 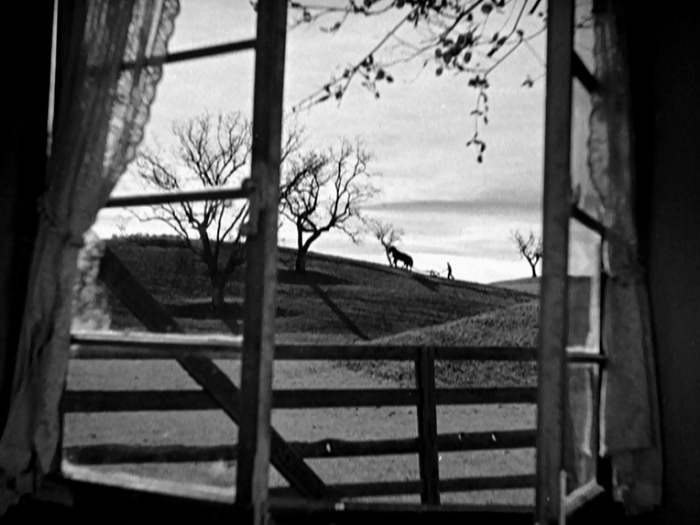 If John Ford saw this movie, he probably, I don’t know, spit or something.

Stephan gets into a bit more trouble though. Stumbling in on Karl in the midst of him rehearsing his valedictorian speech, Stephan tells him about how he and his girlfriend– the waitress who kept resisting his advances– had a row about money and that he ended up pushing her down some stairs. Though Stephan is both a terrible medical student and quite drunk, he found that she had some internal bleeding after the incident and operated on her. The haunted look on his face as he relates this is the only thing that keeps it from being completely terrifying.

Mind you, that doesn’t make it completely convincing. The stairs story I’m inclined to believe, though his reason for the operation and why she demanded money… well, let’s just say that’s a little more suspect.

Karl’s character is that of the loyal man, and here he performs remarkably. He goes to the house, and before he has a chance to fix the girl, he is discovered by the landlords. Karl takes the rap to save his family from having to grieve over what their ‘legitimate’ son has done and goes to prison for three years for the crime his brother committed. Stephan, meanwhile, returns home and becomes a drunken recluse, wracked with guilt, and operating a small medical practice to make ends meet. 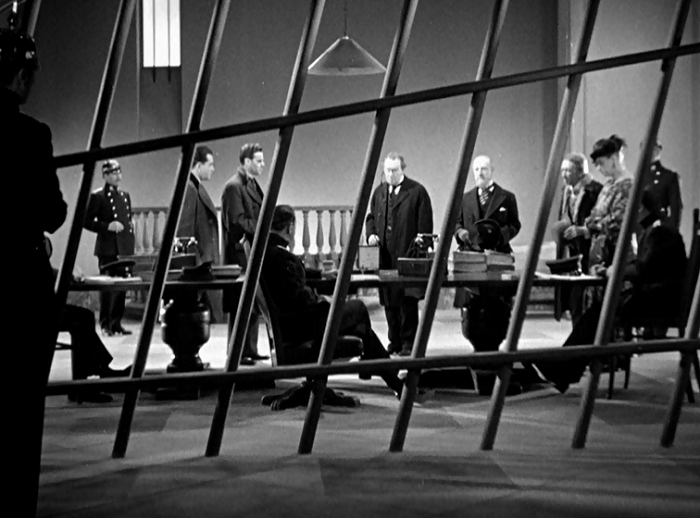 My impression from early 30s films is that everyone thought the set design in The Cabinet of Dr. Caligari was how Europe really looked.

Karl is released on the same day that Stephan passes away from tuberculosis. As if by hackneyed screenwriting, a crash occurs right in front of the house that night and a young child is injured severely. Karl must operate to save the boy’s life, though if he’s discovered it’s likely he will go back to prison again.

Martha covers for him by calling him Stephan. Now impersonating his dead brother, Karl’s skill in saving the boy’s life impresses a local surgeon, and soon ‘Stephan’ is one of the foremost doctors in the world. This new double life means that he could be found at any moment and arrested and that he can’t marry Lotti. Because, I mean, no one can be assed to be sure who he is, but they’ll know right off the bat that he’s not the adopted son of the family.

So the sword of Damocles hangs over his head. Will he be discovered? And will it be in the craziest way possible? 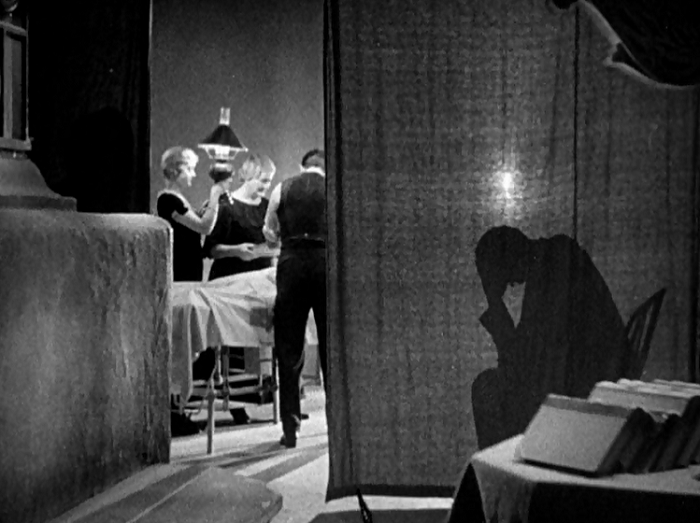 I’m glad we moved away from the whole ‘let’s just operate in my living room’ style of medicine.

The film’s ending really pushes ‘convoluted’ to the next level, when Lotti and Martha, flush with society standing from ‘Stephan’s success, start making his life miserable one little betrayal at a time. When Martha forces Lotti to become engaged to another man, Karl is at wit’s end. Following logically, it appears that in the next scene Martha is writing a letter to reveal to her son’s lie to his coworkers to keep him away from Lotti.

However, the movie then twists to show that Martha didn’t realize how grave the consequences her letter may cause, so she waits out in the rain to intercept it. When this fails, she collapses and there’s no one who can save her except, of course, ‘Stephan’. He’s getting ready to operate when the board of supervisors call him up, revealing that they’ve learned his deception. After a passionate speech, the surprisingly compliant board relents and let him perform the operation.

We cut away from Barthelmess’s thankful face at the operation’s completion to a brief glimpse of him in the distance, plowing the fields once more before the big ‘The End’ placard pops up. Did he go back to the farm, or is this a moment revealing that he should have just stayed on the farm all along? Is he fantasizing or is this the real end? So much is mishandled in the last twenty minutes, it’s tough to know just what to make of any of it. 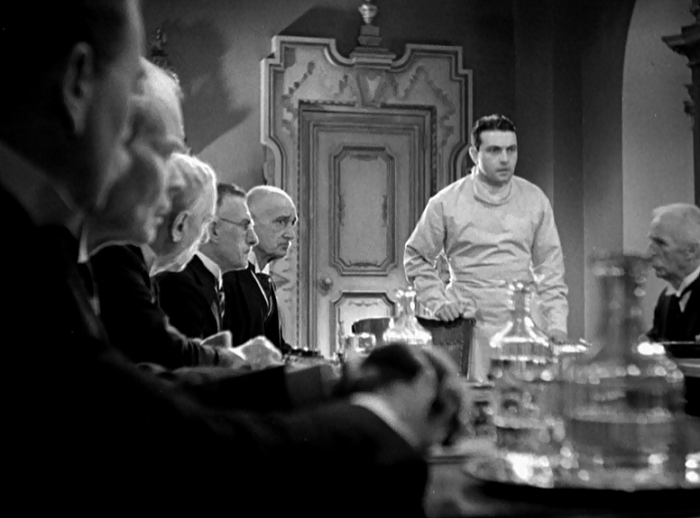 Director Michael Curtiz is probably to blame for making this film better than its script has any right to be. He has a good eye for compositions and striking images and keeps the movie at a brisk pace, which is almost enough to override the goofiness. While every character is misty eyed every five minutes on the dot, he still maintains the emotional balance so that it never becomes too maudlin.

That still doesn’t quite fix the biggest problem with the movie, which is… well, what’s the point of it? Karl seems quite happy as a farmer, but is a great surgeon. Much is made of how he must contribute his skills for the betterment of society– with Martha even chiding him, “If it’s a crime do what you did [saving the boy with his brother’s name], then go commit crimes! Thousands of them!”

And Karl really seems to genuinely enjoy being a surgeon, save for the fact that his success prevents him from *cough* marrying his sister. It’s either the story of how you have to find what you really love and do it, how you can’t do what you really love because of THE MAN, how much it stinks to be adopted, or it’s the story of how being stupidly noble can completely mess up your life. Or all of them! Or none of the above!

If you or someone you know has figured out the point of Alias The Doctor, please, please leave a comment below. 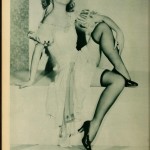 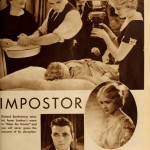 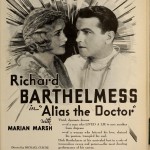 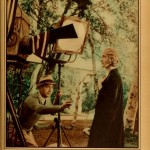 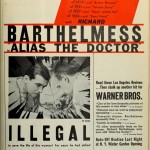 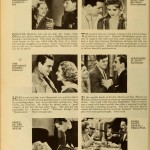 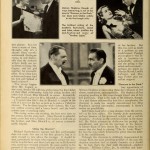