Clancy in Wall Street: What Dreams Are Made Of

There aren’t many other strictly pre-Code websites out there, but one that I follow and enjoy is Man on the Flying Trapeze. They have a regular feature called “Awkward Early Talkie Theater”, and I can think of no moniker that could apply better to today’s movie than that.

Clancy in Wall Street is touted to be the first comedy that was made in reaction to the stock market crash of 1929, and, yeah, you can see that. It’s the story of two men who run a plumbing business, Clancy and MacIntosh. Clancy is Irish, MacIntosh a Scotsman, and if you love jokes about either nationality, than this film is definitely one that contains jokes of that nature.

While fixing an issue for a stock broker, Clancy accidentally buys stock in the Atlas Pipe Company instead of literal pipe. When he tries to hit undo, he finds that he’s already made several hundred dollars without even leaving the spot he’s standing on. 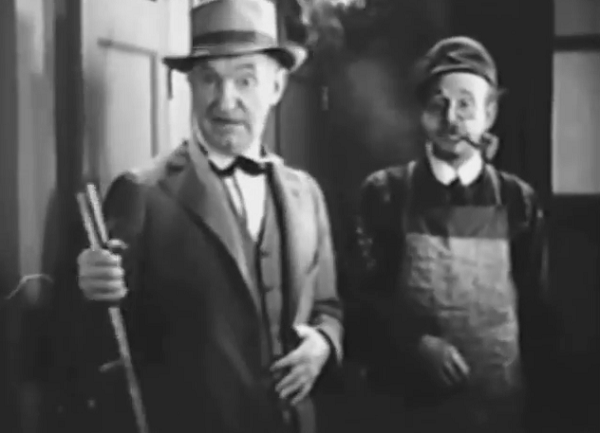 Laying pipe while smoking a pipe. Put that in your pipe and lay it!

Clancy and MacIntosh’s lives are uncomplicated before this. Both co-own the plumbing business and live above each other in a tenement building. They’re celebrating the 20th anniversary of their business being open with their families. This involves Mrs. Clancy, their teenage daughter Katie, and MacIntosh’s teenage son Donald. The climax of the party involves the local Scotsman club– all comprised of men nicknamed ‘Mac’– showing up and singing.

Where Clancy in Wall Street is sold and billed as a comedy, let’s be honest here, much of the humor ain’t worth discussing. What’s surprising about the picture is just how tender it can be. The Scotsman’s rendition of “Auld Lang Syne” is sweet for such a momentous anniversary (and in light of what was coming, rather sad). Donald, who is studying to be an architect, makes nice overtures to Katie, and their parents hope for the best– the idea of the next generation finding a higher social position and a better life.

Once you can accept the film isn’t a comedy (or not much of one to say the least), it improves immeasurably. It’s simply the story of what wealth can do to a man. First thing Clancy does is abuse personal relationships to acquire more wealth, and then cut out anyone who disagrees with his methods– MacIntosh insists that the stock market is gambling and he’ll have nothing to do with it. Clancy, however, feels his moneymaking genius translates to overall genius (even if Clancy still thinks the ‘margins’ he pays are the same things as ‘an installment plan’). 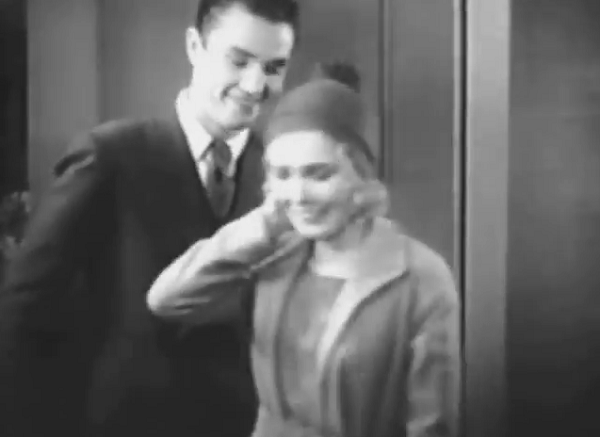 The lovebirds! They’re in love. Not birds.

That is to say that Clancy becomes a monster with money. He breaks up his partnership with MacIntosh, demanding to take a picture of their shops first day with him. When MacIntosh insists that it’s partly his, Clancy cuts the picture in half, and then throws his part in the trash can right outside the store. It doesn’t matter that only a day earlier that the pride of the store was the greatest thing in his life, his wealth has made him spiteful and cruel simply because he can be.

He takes this to further extremes because, fuck it, he’s got money. The union that he’d hoped for between Donald and Katie he’s now fully against; why doesn’t Katie marry the nice stock broker who’s been giving him tips? Clancy further ups the humiliation quotient when the sink breaks at his swanky new apartment, and he hires MacIntosh to fix it up. MacIntosh still gives as good as he gets, but Clancy’s constant attempts at petty cruelty simply for the sake of it never let up.

Clancy’s new big concern is fitting in with the other captains of industry. He hosts a party, but is revealed to be utterly clueless. When he tells a dirty joke, it gets a big laugh. Not because it’s funny, but the impropriety of him telling it amuses the gathered onlookers. He doesn’t fit in– he can’t figure out how to dunk a cookie into an espresso for goodness sake– and, worse, his only other pseudo wealthy friend is his stock broker, Saunders. And Saunders is only there to try and impress Katie with his wealth, car, haircut, or any other thing he can pull out and show her. 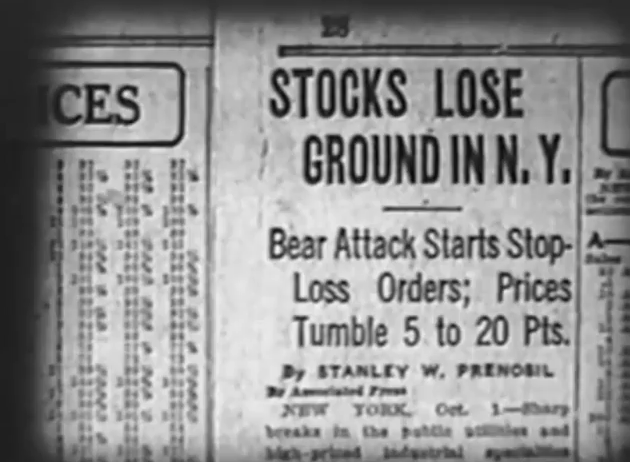 But, of course, what goes up must come down. After Clancy has driven away his daughter, his wife, and his friends, he gets word that his magic bet has fallen through and the pipe stock has fallen down into the single digits. One man tries to commiserate with him, “And to think, I’ve got diabetes at 60!” “Tell me about it,” Clancy says wistfully, “I had Atlas at 70.”

There. That’s a joke that works. The film wraps up with Clancy, after a bit of self reflecting and a few apologies, coming back to his family and friends. Katie and Donald tie the not, and their future, while not rich in money, still rich in love.

Which is a message that’s right on point for 1930. Clancy in Wall Street is a kneejerk reactionary film, one that takes a decade of decadence and sees it as a mistake. It’s about how money divides us, and how empty that decade’s pursuit of wealth had been. When one character sees Clancy’s investment strategy and declares him the smartest man on Wall Street, one can’t shake the uncertainty that he just might have been then– and probably still would be today. 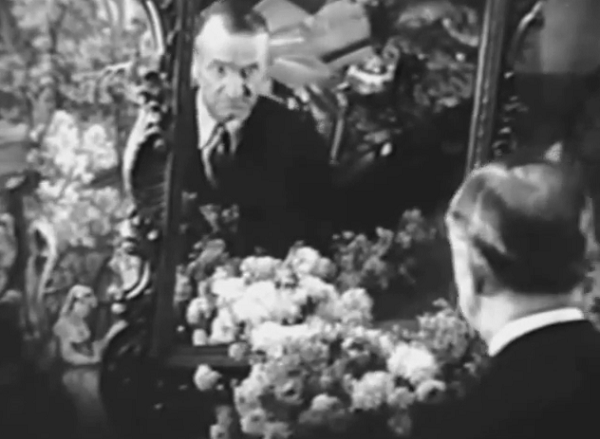 You look in the mirror, too, America! Yes, angle it 45 degrees first. There, much better. Now reflect on the uncanny parallels between the early 1930s and today. REFLECT.

Here are some extra screenshots I took as well as a few images I found relating to the film. Click on any picture to enlarge! 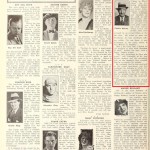 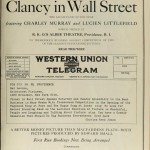 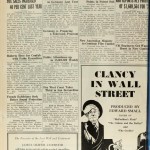 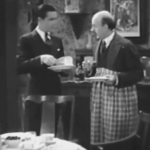 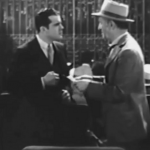 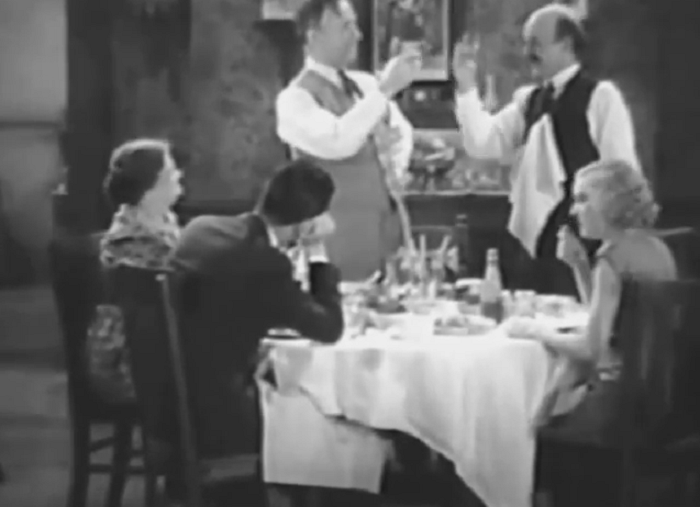 To remembering our mistakes so that the future is better. And to more scotch.

Sounds pretty awkward, all right, even though it has that can’t-miss comedy pairing of Charles Murray and Lucien Littlefield. And I never could figure out the whole ha-ha-scotsmen-are-cheap thing, even though it was sure-fire in the early 1930s. Nice post — thanks for the tip of the hat!

I still have trouble telling between the Irish and the Scotch even though I share genes from both. Thanks for commenting, and thanks for the great blog!

Just out of curiosity, if it’s so obscure, where did you find it?

I linked to the YouTube version there at the bottom. I think I saw the movie mentioned in an article about early talkie depictions of the Depression, and searched for it there.