“Before kiss, I love you. Now I know I love you for always.”

Hahaha, what is this white nonsense.

Madame Butterfly is a painfully earnest adaptation of the Giacomo Puccini opera about a Japanese woman named, I swear to god, Cho-Cho (Sidney), who falls in love with a visiting sailor, Lt. Pinkerton (Grant). He’s told by his carousing pal Lt. Barton (Ruggles) that Japanese culture dictates that marriage is an unserious thing and he’s free to marry her and bolt, consequence-free.

But Cho-Cho (good god) is utterly smitten. She waits for Pinkerton to return with a little surprise (wink) as years drift by. She loses her very traditional family and watches as her savings dwindle. When he finally returns, Cho-Cho discovers he’s married someone else in the interim. Devastated, she sends her son back to her family and takes the only way she sees out. 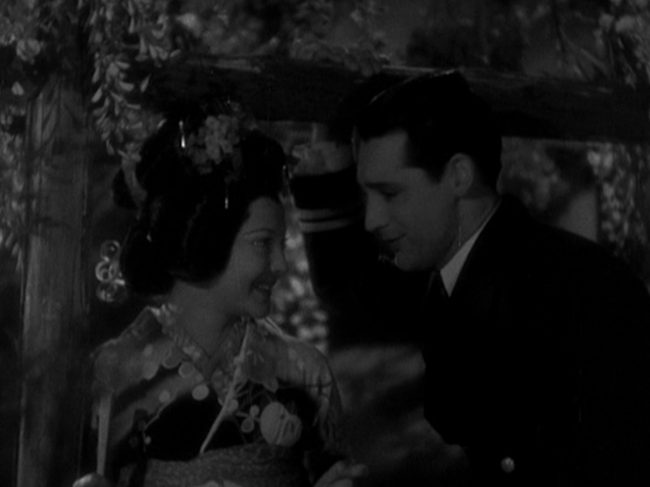 The movie is paced like lead, using Puccini’s melodies simply in the background as mood until– well, there is one song. Sung by Cary Grant– dubbed by someone other than Cary Grant– is stunning. It is him singing goodbye to Cho-Cho, jesus god that name, in a mournful monotone, out of nowhere. It’s surreal. It’s the breaking point from the beginning of the film, which had a decent level of earnestness up to this moment, to now where it completely unravels into tedious, melodramatic insanity.

This is compounded by Sidney’s performance. She is a very beautiful, very talented actress, but is here simply Sylvia Sidney in yellow face. There is no alteration to her usual acting style to try and accommodate a different culture or a different perspective, other than giving her character painfully stereotypical broken English. One line claims that a missionary taught her “very high class Brooklyn accent”, and alas, Sidney bothers with no such thing.

(And for those of you who are preparing to jump into the comments like so many skydiving Elvises to say that yellow face is bad and it wouldn’t matter if Sidney did the entire film speaking nihongo, I fucking know, jesus christ. I’m saying there’s a difference in attempting to perform a character over falling back on the most simplistic stereotypes, which Madame Butterfly does unfailingly throughout. Calm down, geez.) 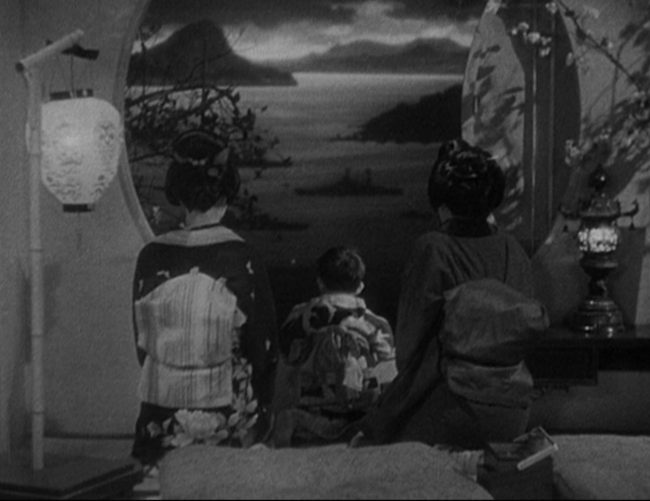 Having lived in Japan for a while (like I’m not bringing that up in the review), I can assure you that this movie is all window dressing and no curiosity. In an opera that dared Westerners to learn and sympathize with a meek Japanese woman, we have a movie that takes Sidney’s formula and just holds out her final humiliation for a solid, unending 40 minutes.

Madame Butterfly probably had a germ of a decent idea somewhere, but I can’t see it. Frankly, you just feel embarrassed for everyone involved.

According to a contemporary Japanese article as quoted in a modern source, the film was a “flop in Japan, or at least Tokyo, because the psychological developments expressed by Cho-Cho San were not accepted by the general Japanese audience.” The Japanese women regarded “Cho-Cho San with not so much sympathy as contempt.” This article noted that the film showed outdated Japanese feudal behavior.

Except for the persuasive acting of Sylvia Sidney, “Madame Butterfly,” as a talking film, is not especially successful. The script seems to have been contrived on the theory that an aggressive use of the word “honorable” in the dialogue allotted to the Japanese characters would result in a picturesque quality. Miss Sidney in particular is forced to wrestle with a type of pidgin English that smacks less of the Orient than of the studio mills. Cho-Cho-San’s dashing American lover is “the most best nice man in all world,” as well as “Honorable Lieutenant B. F. Pinkerton, the whole works.” The humor is of the same whimsical antiquity, and it accomplishes the feat of representing Charles Ruggles as an ineffective comedian.