A Connecticut Yankee: A Good Knight

“Canst thou tellest me where the hellest I am?”

Electrician Hank Martin (Rogers) is tasked with visiting a creepy castle on a dark and stormy night– out in rural Connecticut, naturally. After seeing a few mysterious people lurking about, Rogers meets a man obsessed with using his radio to tune into the past. (Hank ryely comments, “What Cleopatra said to Mark Antony wouldn’t make bad listening either!”) When they get their dial to King Arthur and the Round Table, Hank is knocked on the head and instantly sent back to the Middle Ages. 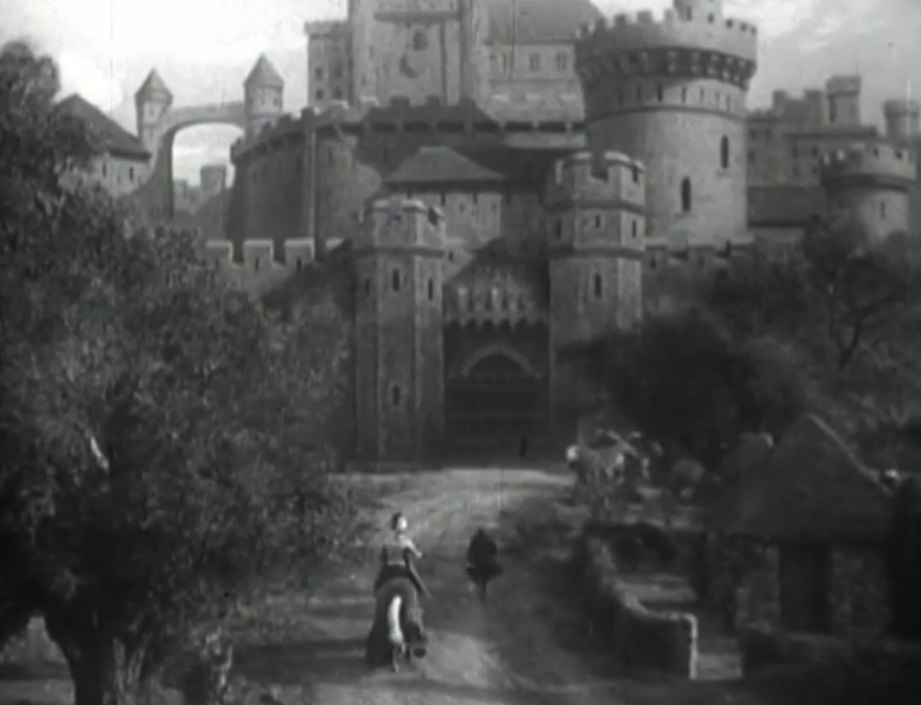 Using his knowledge of an upcoming solar eclipse, he quickly becomes the right hand man of King Arthur (Farnum), taking on the honorific of Sir Boss and frustrating the scheming Merlin (Brandon Hurst). Suddenly, medieval Britain is looking more like 1930s America, with telephones, factories and radio announcers doing play-by-play for the local jousting competitions. Messenger girls are chewing gum and rushing about on roller skates. Frankly, it’s all higgledy-piggledy.

After Hank defeats a rival knight on horseback with a few lassoing tricks, he and Arthur head to the kingdom of Morgan le Fay (Loy) to rescue the princess (Maureen O’Sullivan in a small part). They’re captured, and Hank has to try and romance le Fay to save him and his cohorts from certain death. 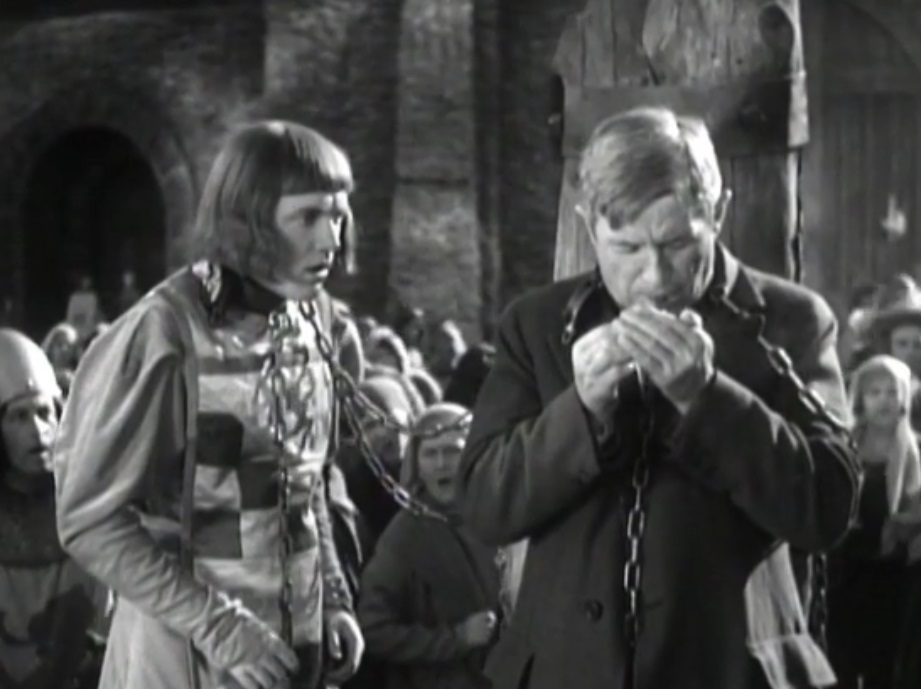 A Connecticut Yankee is a lighthearted adaptation of Mark Twain’s 1889 novel. A lot of effort was made to trim down the narrative, update it to 1930s sensibilities, and also jettison many of Twain’s swipes at religion and industrialization. While there certainly would be room for more pointed satire (and may well have been– see the Trivia section below), the film makes a few salient points, giving medieval England its own taste of World War I by film’s end.

Hank’s industrialization plans has gotten Arthur’s kingdom up to the technological point where they have tommy guns, helicopters and bombs which are used to absolutely massacre le Fay’s men and ransack her castle. (Just on a personal note, this sequence feels like several games of Sid Meier’s Civilization that I’ve played.) 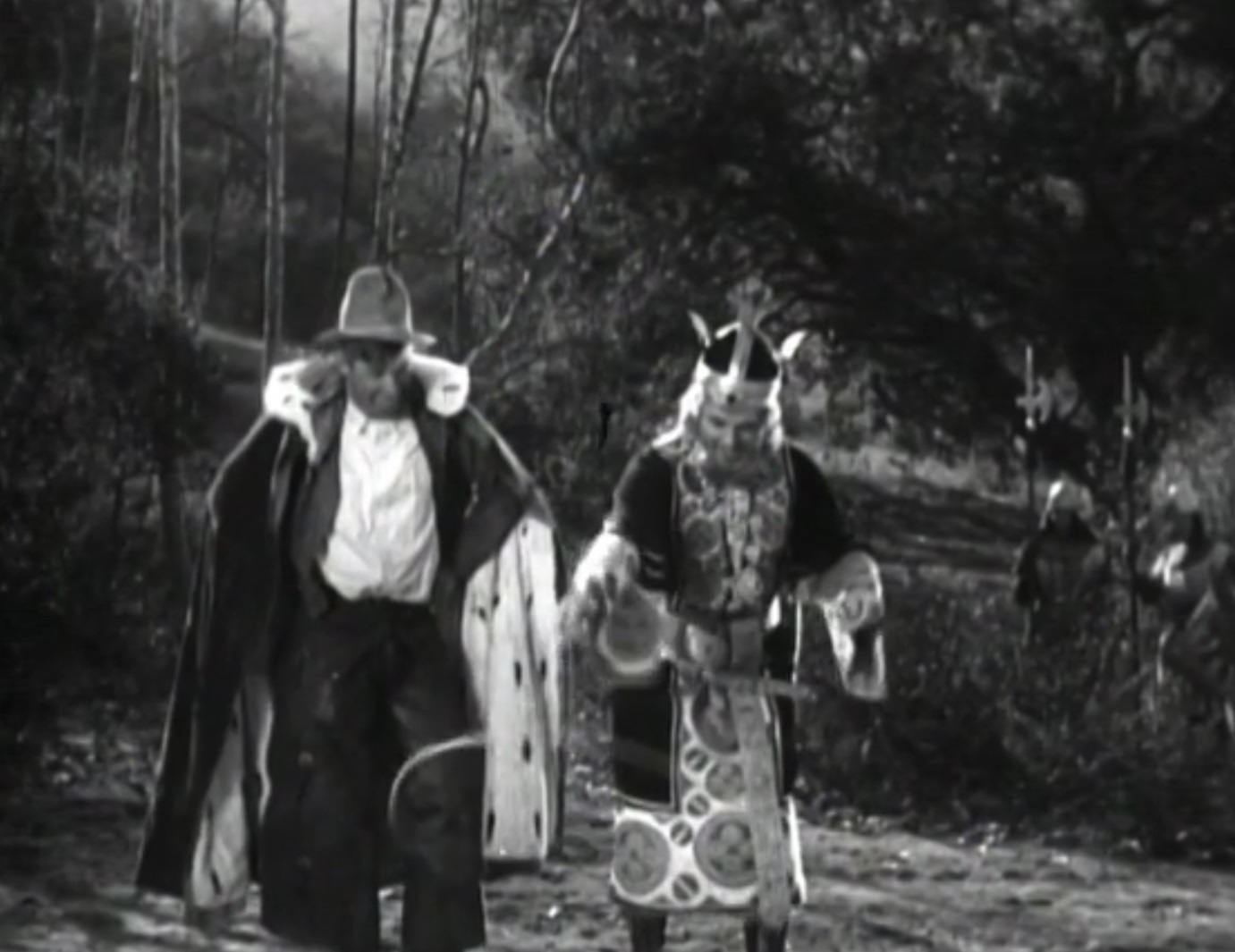 We see Hank run back into a collapsing castle to rescue le Fay’s prisoners while the rest of the medieval knights gallop (or drive) away gleefully. Hank’s own decisions and influence has unleashed mass destruction and he momentarily attempts to redeem himself in a noble act, even if the movie is too wobbly to make any serious comment besides the evolution of morality over the centuries.

The film is also sprinkled with then-contemporary political references to fit in with Rogers’ gentle but jabbing political humor. When asked what title he wants to take in court, he smiles, “I’m sorta like Mussolini– I don’t want a title. I just want to be the boss.” Later, when finding an assemblage of knights and King Arthur preparing to go off on the crusades, he jokes, “I didn’t know you and the Ku Klux was holding a conference!” 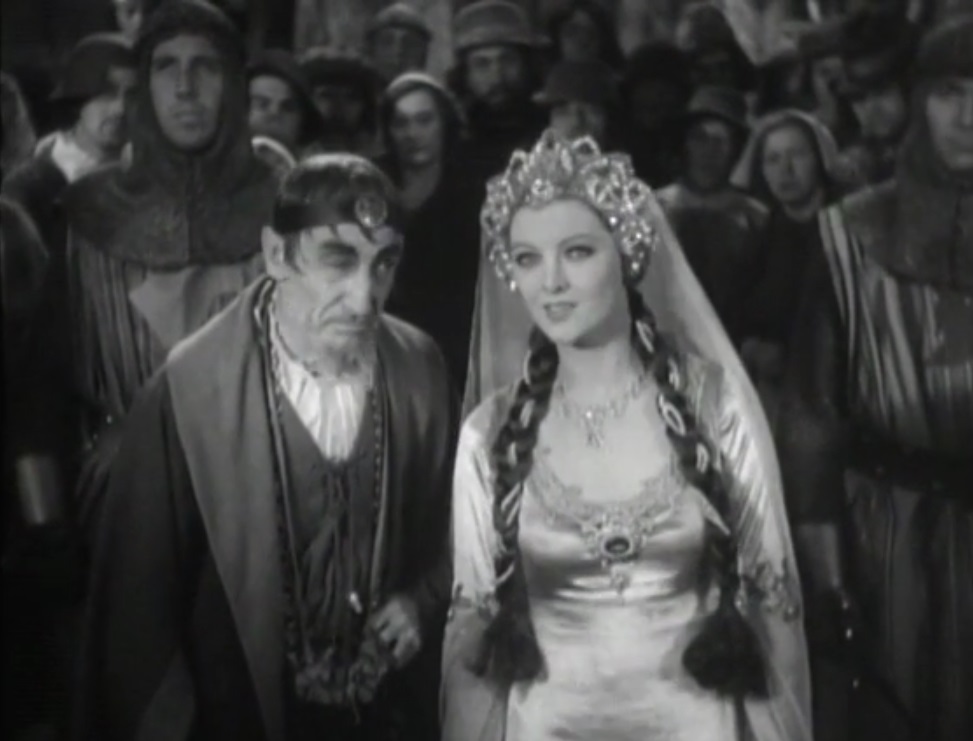 Both of these references are probably a little off-putting now (less so than the jokes Rogers makes about himself being a Democrat), but they offer an interesting glimpse into a time where the Ku Klux Klan was an object of gentle satire and Mussolini was just a tough man who was seen by many– including many Americans– as a very effective leader.

Will Rogers, salt and pepper hair and sweet smile, is pretty laconic here. His future screen performances would involve a lot less of staring at the ground, rubbing the back of his head. The way Rogers plays him makes Hank Martin less your prototypical pre-Code wise guy, but a clever imperfect soul. While Hank is smart mechanically, it doesn’t suddenly make him a master manipulator. He remains very human and silly, keeping the character rather endearing even as he often doesn’t think through the consequences of his actions. 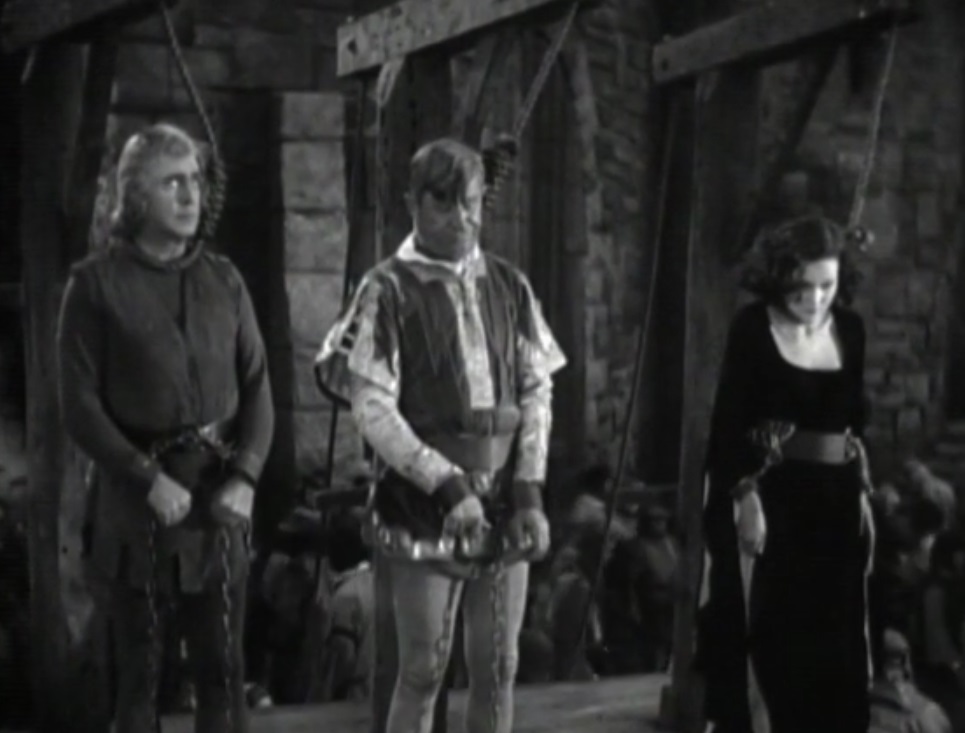 (A brief aside: the scene of the film where Hank is about to be burned at the stake and he lights a match on his own restraints and starts puffing on a cigar was, I think, nicely badass. One of the great ‘what-ifs’ of history I toy with would be if Rogers had lived past 1935, what kind of roles he would have moved into; film noir star seems deeply unlikely, but I do think there could have been a fantastic movie made where he lassoed himself up a ton of Nazis.)

Farnum is loud and boisterous as straight man Arthur, while Myrna Loy absolutely lights up the screen in her portrayal of the vampish le Fay. This is yet another pre-1934 Loy character who gets off torturing people (see also: The Mask of Fu Manchu) which is still so funny to see her, of all movie stars, typecast in that way. 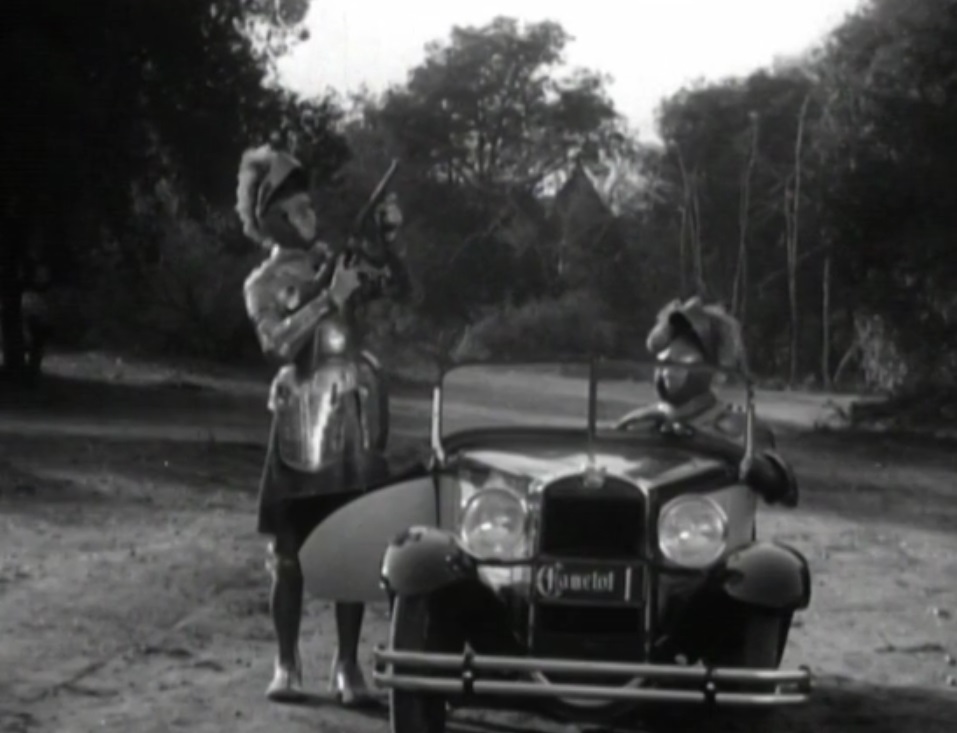 With several impressive, expansive sets and atmospheric scenery, the film really does an impressive job of transporting the audience, especially for the still-clunky period of films form 1931. The movie may be too gentle and unfocused for modern audiences, but Rogers, still sussing out his talkie presence here, is so darn affable that it’s hard not to enjoy the fantasy of it all.

Rogers, a real cowboy who grew up on his family’s ranch, began his showbiz career in Wild West shows as a lariat virtuoso, worked jokes into his routines, much as W.C. Fields, who began as a juggler, did. By the time of A Connecticut Yankee, Rogers had dozens of films under his belt, some with such self-descriptive titles as Cupid the Cowpuncher (1920), The Ropin’ Fool (1922) and The Cowboy Sheik (1924). People loved his barbed but never vitriolic one-liners delivered in an aw-shucks hayseed fashion that blinded nobody to their shrewd, bemused skepticism – a quality that never fails to win American audiences, especially when applied to so-called political life.

2 Replies to “A Connecticut Yankee (1931) Review, with Will Rogers and Myrna Loy”