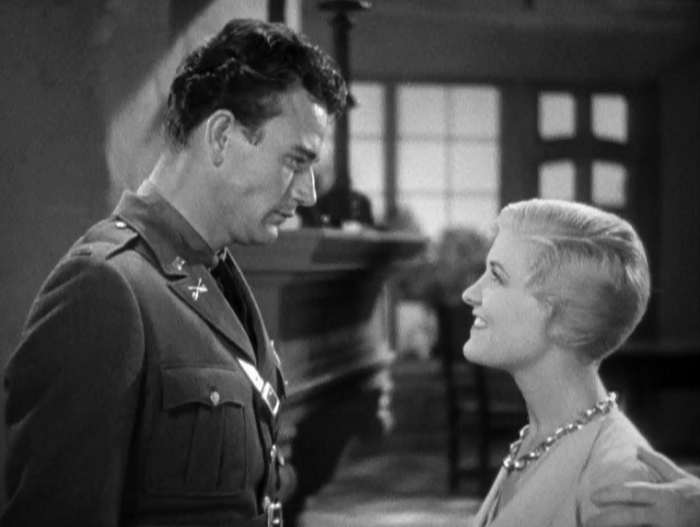 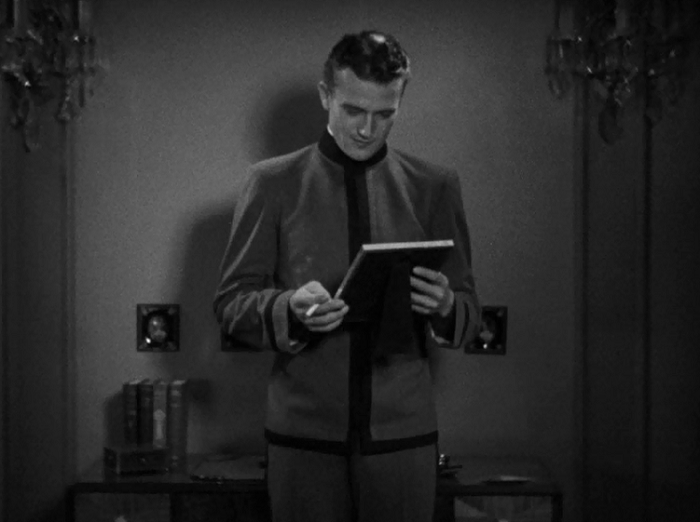 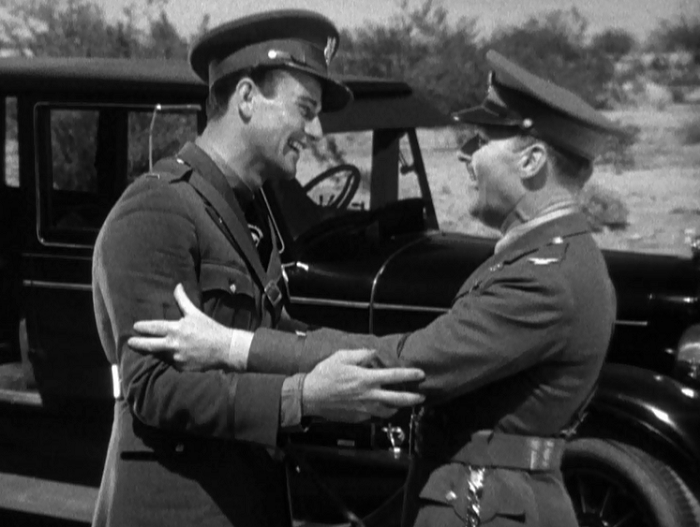 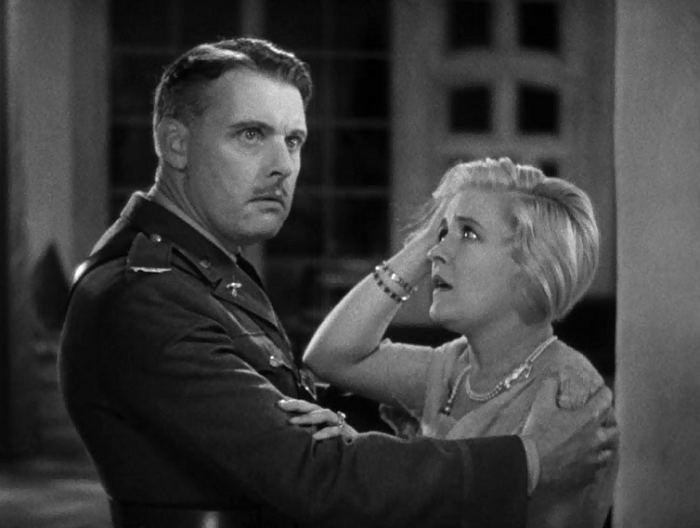 “I’m sure I’ll be able to get over this meticulous deception and the fact that my marriage was a complete fabrication in five, ten minutes tops!”

Interesting. I can avoid this one. Probably would have anyway. Not a John Wayne fan but I know some of his westerns are classics so I would give those a look.

My impression of Wayne’s career is that you can start with The Big Trail (1930) and then skip directly to Stagecoach (1939) and you’re just doing yourself a favor. Wayne’s work with John Ford in the 40s, 50s, and 60s is great, but in the 30s he was still struggling and stuck in a lot of low budget cowboy movies.

I saw ‘The Big Trail’ on TV a little while back and thought it was great – amazing to see widescreen from 1930, though I believe that was the main reason it flopped, as cinemas didn’t have the technology to show it in that form. A shame that Wayne spent so many years in the wilderness after that – this one sounds pretty bad from your review, though I’d still be interested to see it! I have seen another of his non-Western 1930s films, ‘His Private Secretary’, and that isn’t much good either.

Ditto on His Private Secretary. I will say that I think the decade of obscurity probably gave Wayne time to shed many of his more wooden acting tendencies, but I may be alone on that.

I just saw the beginning of this on GetTV. I knew it was a 1931 early “talkie” based on the opening announcement. Was shocked to see several gluts on full display in a shower scene. At that point, I knew something was “pre-code”.

I didn’t notice the bare hinders until I started screen capping, but, yes, there’s definitely a blatant loving affection for the male body going on in the background.

I enjoyed this movie; the football game at the beginning was a riot. John plunking the ball over the goal post to win the big game, boys in the shower room, et al, John looked a little old to be a cadet, but that just added to the movie’s charm.