“The longer they no, the harder they yes!”

Schadenfreude. It’s a German word that means taking pleasure in the misery of others. If you’ve tuned in during my coverage in just the last month, you may have noticed that Barbara Stanwyck starred in a string of films about women facing crushing humiliation, societal pressures, and judgmental incredulity. It’s safe to say that during the Great Depression, when women were deeply disenfranchised, their ability to head to the movies and see someone whose troubles are even more innumerable than their own still get a happy ending may have been a crucial morale boost.

That’s why in the early 30s you see so many pictures like these, pitched at a female audience, piling on horrors and misfortune. The silent movie cliche of a woman being tied to railroad tracks seems preferable to a lot of the action in these films, up to and including Forbidden.

Forbidden may be the least remarkable of Frank Capra’s efforts of the early 1930s, if only because the ground he’s walking here was trod on so often. His story of one woman becoming a martyr for a man she loves out of no reason other than devotion is sweet if a bit crazy (more on that below), but it doesn’t match the charm of Ladies of Leisure, the wit of The Miracle Woman, or the sly subversion of The Bitter Tea of General Yen. It’s uniqueness comes because it’s Frank Capra trying to blend in. 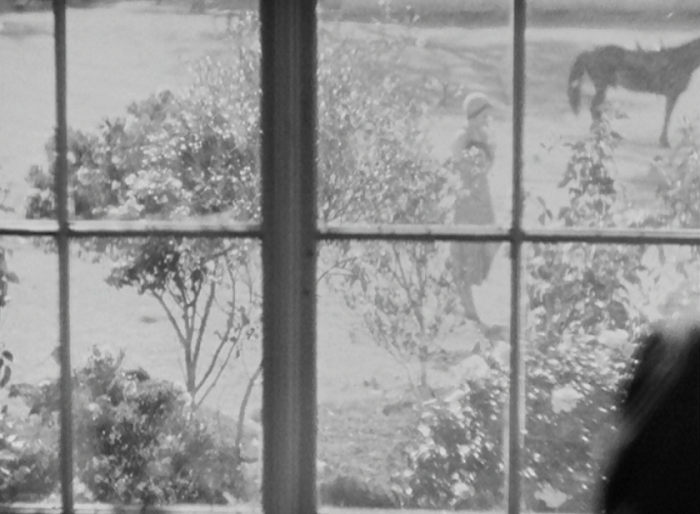 Now, keep ‘schadenfreude’ in mind as I go into this, as it helps explain many of the film’s twists and turns. Lulu is a librarian in the Midwest, dressed as a spinster ahead of her time and only late for work when she goes to catch a glance of a wedding ceremony. She’s a diehard romantic, and, after a goosing from a fellow librarian, decides to throw her life savings into trying to find a real romance on a two week cruise to Havana.

It goes remarkably poorly until Lulu returns to her cabin to find it occupied accidentally by a very charming drunk. They refer to each other by their room numbers and begin one of those glorious, passionate affairs marked by gambling, drinking, horseback rides, and moonlight.

Alas, Lulu is so smitten she returns with Bob to the city and gets a job working in the archives of the local gossip rag. Here she meets Holland, a reporter whose flirtations don’t tempt Lulu but keep her sufficiently bemused. Holland is one of the less polite portrayals of newspaper men of the era, more or less a blunt bully who can apparently hold a grudge for decades for any perceived slight. His favorite past time includes lobbing apple cores at the heads of the unsuspecting; it’s amazing that Lulu keeps turning him down. 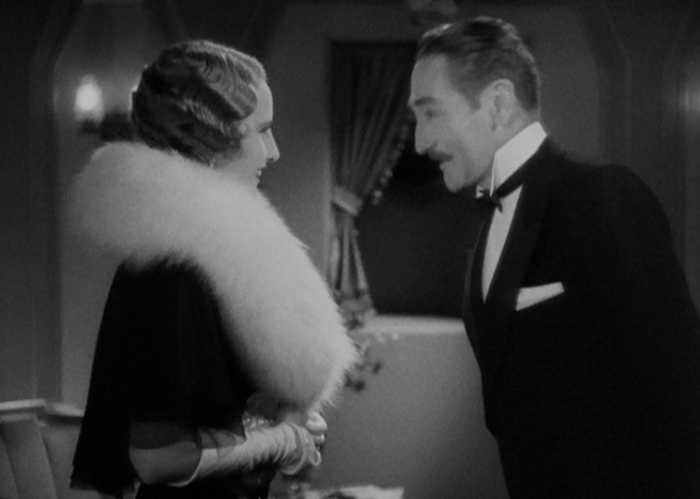 You can say a lot about Menjou, but the nicest is definitely that he makes a tux look good.

Lulu learns two things in succession that shape her life: Bob is already married, and Lulu is pregnant. She conceals the latter, and the two lovers split. Bob’s job as the district attorney starts to head downhill, and, when he decides not to kowtow to Holland, the reporter brands him as an enemy for life. He’ll ruin Bob if it’s the last thing he ever does! And, hell, it almost is.

Bob finally manages to track down Lulu a few years later, and they reunite with a passionate kiss. Bob’s even okay with the kid as long as Lulu doesn’t go tell his wife about it. His wife is an invalid, so that makes everything okay, right?

The two continue trying to hold their romance together when the three of them– Bob, Lulu, and their daughter, Roberta– are accidentally spotted by Holland. The newspaperman threatens to ruin them, but they invent a quick lie. Roberta is being adopted by Bob and his wife, and Lulu is the governess. 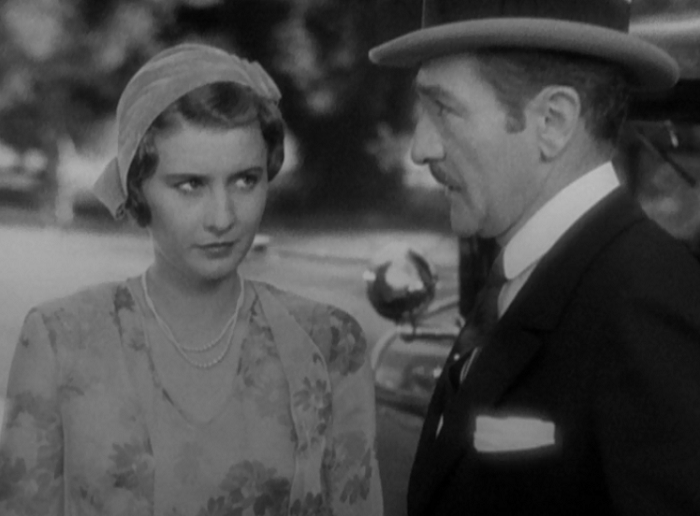 “I could be wrong, Bob, but this is kinda fucked up.”

But Lulu can’t stand the arrangement– watching another woman fawn over your child as her own can do that to you– so she goes back to work for Holland as the lonely hearts advice columnist: Mary Sunshine. Even she can smirk at the irony there.

At this point in the film, the schadenfreude is as nasty as Holland’s apples. Forbidden demonstrates over and over again how Lulu makes every possible sacrifice for Bob. Her happiness? Gone. Her lifelong desire to fall in love and be married? Quashed. Her baby? His now!

Bob feels pretty terrible about it, though it takes about 30 years for him to finally summon up the courage to try and leave his wife. He’s running for Governor at this point, and Roberta has turned 18 and become engaged. Everyone’s hair is a bit grayer, everyone moves a little slower. And Bob is finally ready to chuck the consequences and run away with Lulu. 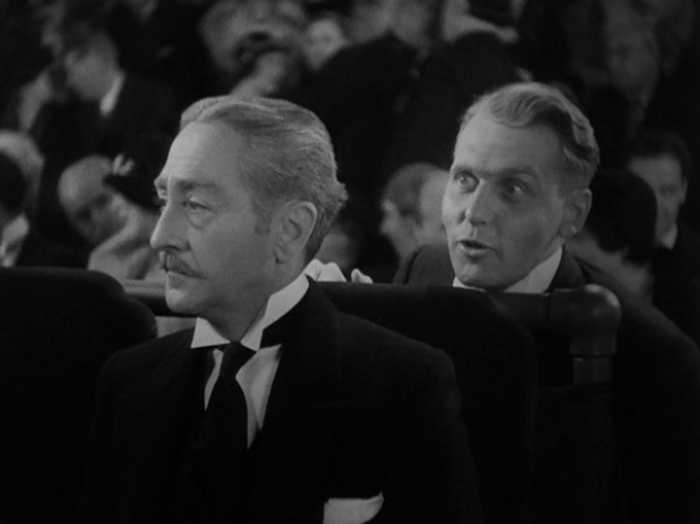 But Lulu has sacrificed too hard and too long to stop sacrificing now. She finally relents to marrying Holland, who is thrilled and orders Lulu’s picture put on the paper’s second page. Can’t have it interfering with the headlines…

Unfortunately for Lulu (which is a sentence beginning that could be applied to pretty much every sentence here), Holland has finally discovered that Bob’s daughter actually came to him via Lulu’s uterus. Things look grim: can Lulu sacrifice even more to preserve Bob’s political career and family?

Yes. Yes she can. 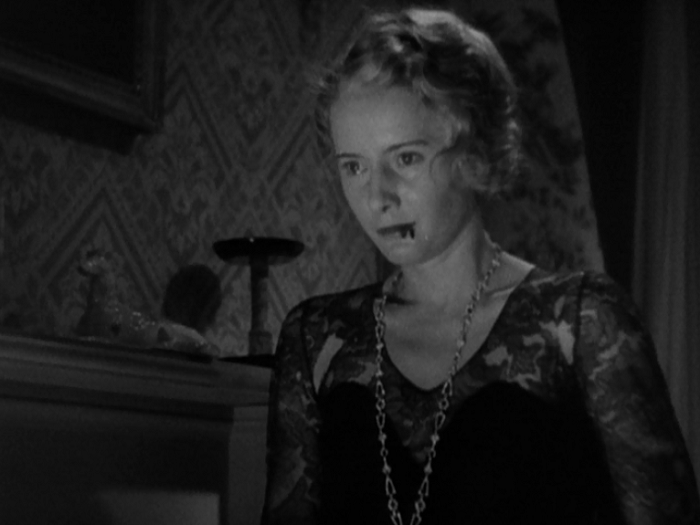 Well, that doesn’t look like the happiest of endings.

One of the ‘Goofs’ that IMDB helpfully points out about the film is that while the characters age and change, the world around them makes no similar digression. Every scene, from beginning to end, covering three people’s lives over a series of decades, apparently takes place in 1932. I can’t help but feel that this choice is intentional for two reasons:

Those final shots and many other moments in the film illustrate that Lulu’s story, while admittedly riddled with ridiculously bad luck, is just one story of many. To love, to sacrifice, that is what it is to be a woman in this world. And, of course, to be unappreciated for all of those sacrifices as well. Forbidden‘s strength is that, at some point, without the audience realizing it, it crosses the line from a display of schadenfreude to emotionally humbling. 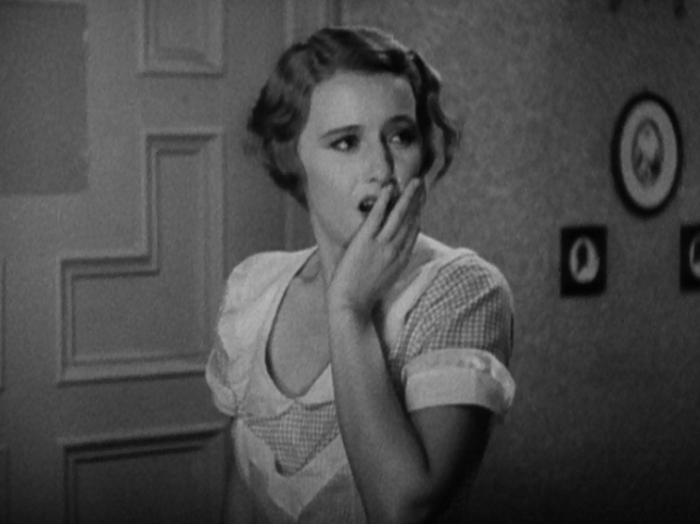 “Have to give up something I cherish dearly again, where does the time go…”

And frankly, there’s no reason for this film to work as well as it does, save for the skills of the talented cast and Capra. Capra fills the film with lovely pantomimes between the two lovers, which reveal a playful and deeply affectionate bond between them that the usual romantic platitudes wouldn’t quite pull off.

The acting is also sublime, with Stanwyck’s hardass nature making her the ultimate symbol. Though she could easily be seen as Bob’s mistress or even slave due to her fealty, Stanwyck injects the woman with enough power and energy that you can see it’s her choice to be in that position. Menjou and Bellamy are both funny, with Menjou ably projecting weakness as the secrets pile up and Bellamy mixing up humor and menace to the perfect degree, allowing you to feel kind of bad for him up until his final brutal rampage.

But I’ll be damned if it isn’t Capra’s ability to inject this weird little story with such charm that makes it so remarkable. While it may not be a standout in his body of work, in this genre, it’s something dark and wonderful to chew on. 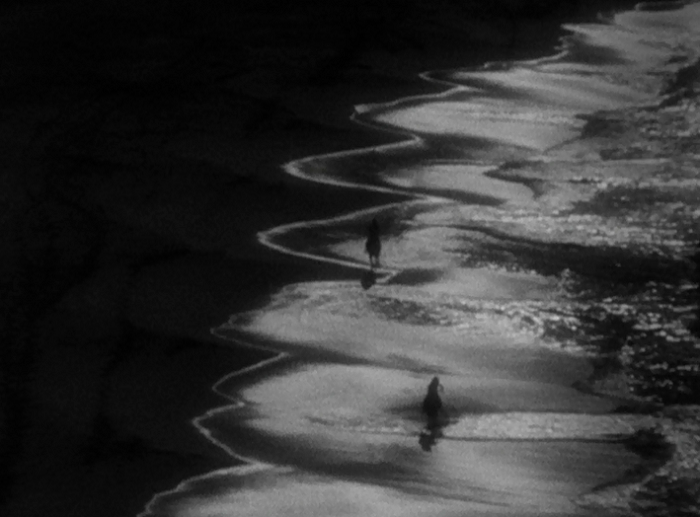 Moonlight riding only leads to trouble. 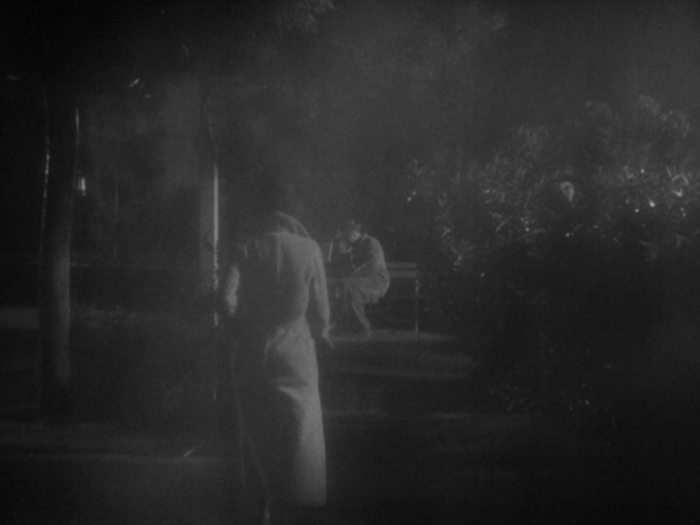 By the way, did I mention that this film is gorgeous? It is. 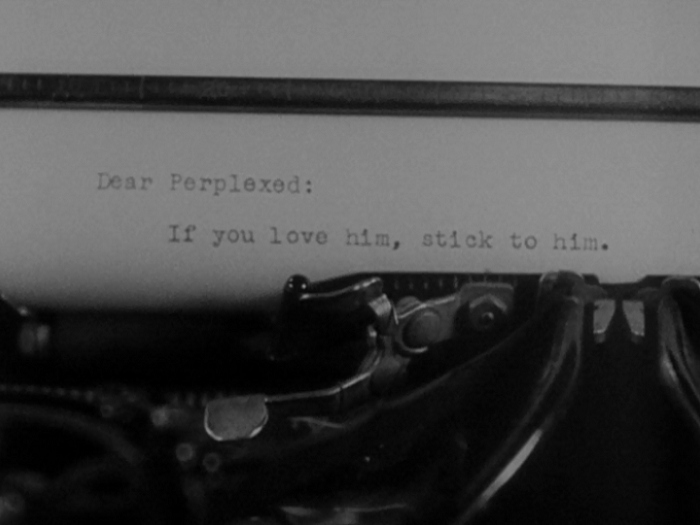 Ah, the moral of the story, all typed out fresh and neat.

Danny, I totally agree that the humorous tenderness between Stanwyck and Menjou makes the film far better than the plot sounds taken alone – I like your description of “lovely pantomimes between the two lovers”.The two stars are also good together in ‘Golden Boy’ a few years later. Great review as usual – you have me wanting to see this again.

It’s an odd film because it sounds so bad but there’s so much goodness underneath. Definitely a hidden gem.

There are two ‘editions’ of “Forbidden”,one at 83 minutes and the other at 87 minutes: what is the missing footage? Some of the ‘beach ride’ sequence had been cut out of some ’80s tv. showings but possibly just to make room for ads.