The Good Bad Girl: And The Ugly

“That’s what I was. A gangster’s moll. I made a grab for happiness and it exploded in my face. Sometimes when you get a little hungry, you get kind of greedy. I do love you, Bob, you’re the only man I ever loved… but that doesn’t clean off the slate, does it?”

I’ve been trying to come up with a good starter for The Good Bad Girl and this is the best I’ve got: since the movie is so hard to find, at least it’ll be difficult to accidentally watch it. The Good Bad Girl, bemusing title aside, is a combination of a lot of tropes of the early 30s women’s pictures but told in a very stodgy, slow method. Star Mae Clarke seems more concerned with enunciating correctly that bringing any depth to her paper-thin role, while Marie Prevost’s fearless comedic performance outshines much of the dopey plot… but it’s still a pretty dopey package overall. 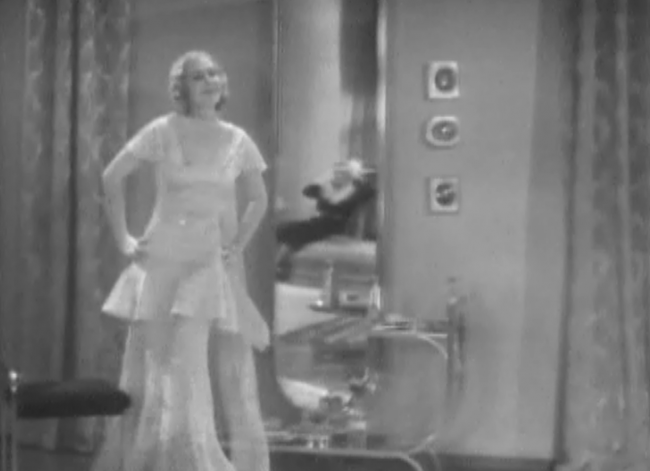 Marcia (Clarke) is in a bad relationship with a gangster named Dapper Dan Tyler (the 1930s, everyone), a crook who kills a man in his own nightclub while singing “Mary Had a Little Lamb”– he’s apparently decided to get on that nursery rhyme murderer tag team that was all the rage. He threatens Marcia to give him an alibi or else, and she refuses. He explains his careful reasoning why she should stick up for him: 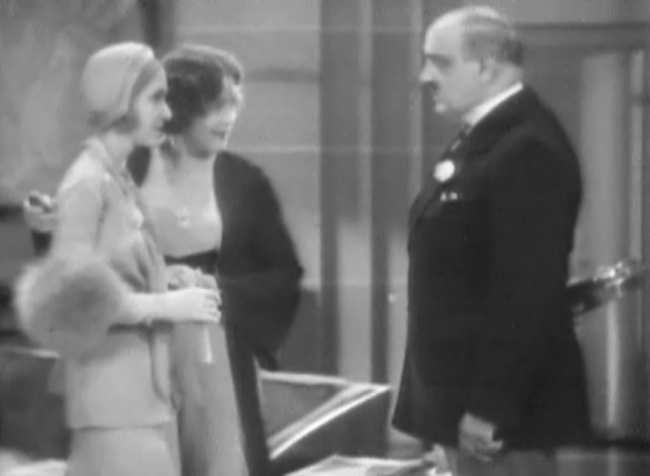 Uh, I know I saw something called ‘Good Bad Girls’ that went something like this, but I’m pretty sure the the plot wasn’t as complex.

But Marcia is in love with Bob (Hall), a rich romantic lunk who doesn’t know her past. She confides her problems in her boisterous buddy, Trixie (Prevost). Trixie is the girlfriend of Tony Pagano (Paul Porcasi), a speakeasy owner. Trixie is very adamant about him losing a few pounds and he spends much of the film sneaking food, a plot line with a lot more energy than the main thoroughfare. Their banter– when Pagano’s mouth isn’t full– is fun, too, as Trixie comments on the action and safely explains her own amoral take on life:

“Now if I ever decide to kill you Pagano, I’m gonna give some poor, out-of-work gunman the chance to earn a few honest dollars.”

Alas, Marcia is still stuck in trouble. After Trixie tells the police where Dapper Dan is hiding out, he thinks Marcia ratted her out and promises revenge. Her new in-laws (this round: sympathetic mother-in-law, demanding father-in-law) send Bob off to Europe to get over her. 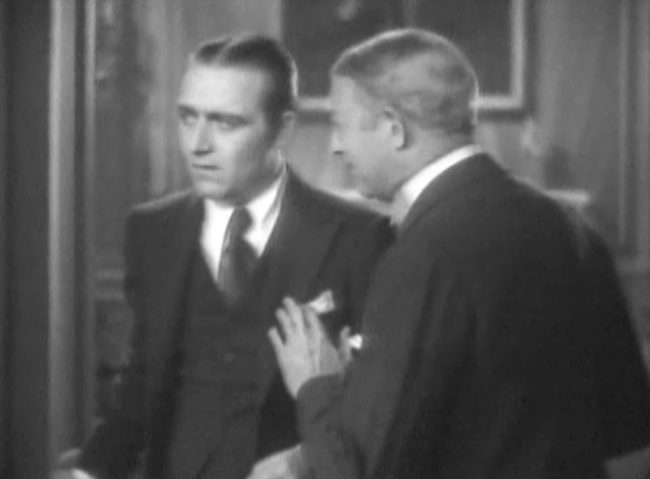 But there’s a catch: Marcia’s had a baby. She insists on raising it on her own with help from Trixie and Pagano, but when Dapper Dan makes a prison break, the danger may become too much.

The Good Bad Girl lacks a spark of life in its main storyline. Clarke had a breakout year in 1931 with spots in The Public Enemy, The Front Page, and Waterloo Bridge, but here it feels like she is still is struggling– desperate to seem proper and decent in a story where that’s all she’s been given to do. Most of the other actors, especially Robert Ellis as Dapper Dan and James Hall as the aggressively uninteresting love interest, are dead in the water. The comic relief in the film, including James Donlan and especially Marie Prevost, are where it shines.

But the plot of a mother with a small baby trapped between her desire to be independent and her desires for her baby was common fodder especially in the very early 1930s, and here it’s pretty dull stuff. The villain is laughable, and the tension is negligible. Unless one of the listed stars above is always a must-see for you, avoid it.

You might call the story line as a very close kin to a month’s worth of early soap opera, or maybe it’s just plain melodrama. Either way, I emphasized the silent era background of all the players for a reason, that being that movies in 1931 often displayed an unsureness in how acting should be done, now that actors could talk, and how scenes should be played both often very slowly and stiffly, not knowing how easily audiences were going to follow and respond.

I would probs like to see it for Marie Prevost mainly, and on a secondary note for the ‘slowness’ that you describe, just to experience a typical soap-opera type fare that 1931 movie audiences were watching. And for the unsuredness of the actors with the ‘talking’. Just fascinating.

There are probably more interesting movies with more problems, though I can’t really name any. At least no one sings in The Good Bad Girl.

Just wanted to invite you to my first Blogathon!!!! Here’s the link – http://phyllislovesclassicmovies.blogspot.com/2015/08/announcing-they-remade-what-blogathon.html. Would love to see some of the pre-code films and their ‘squeaky clean’ remakes!! Hope you can join!!! 🙂

I’m afraid I’m all blogathoned out at the moment. But thank you for the invite!