I’ve Got Your Number (1934) Review, with Pat O’Brien and Joan Blondell 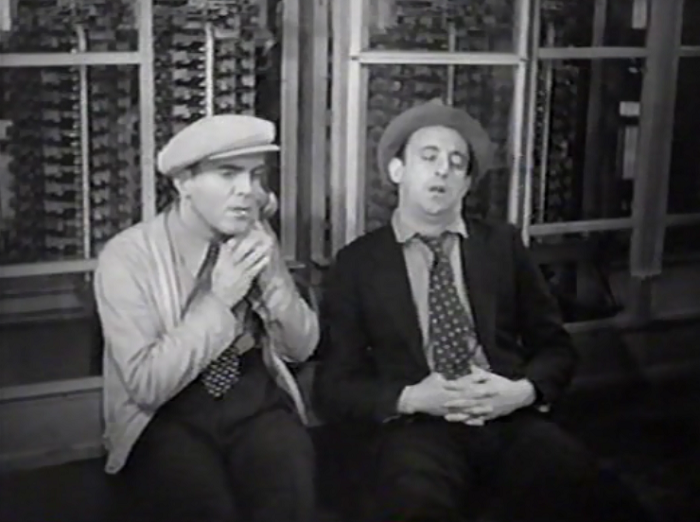 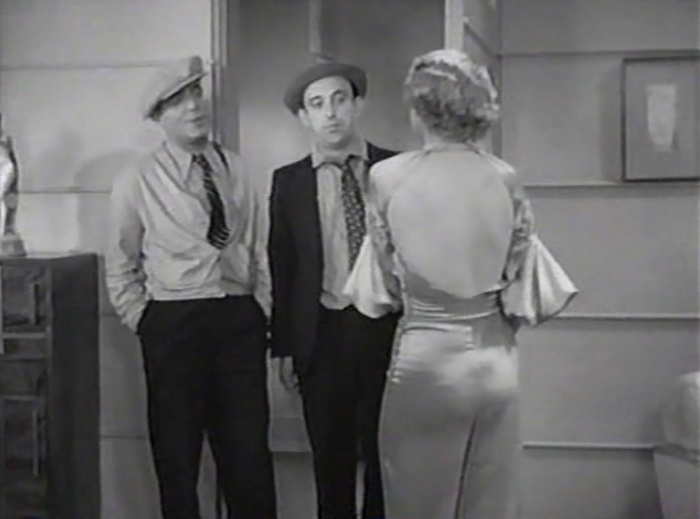 Telephone repairman, slouching their way across the city. 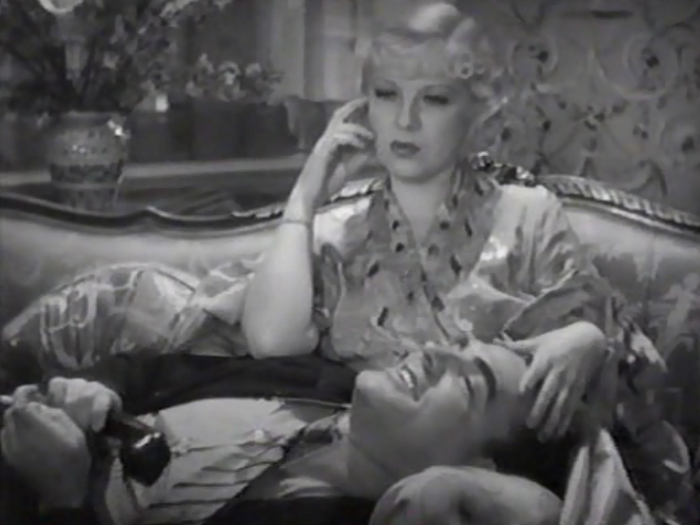 What won’t a gal do for a good telephone. 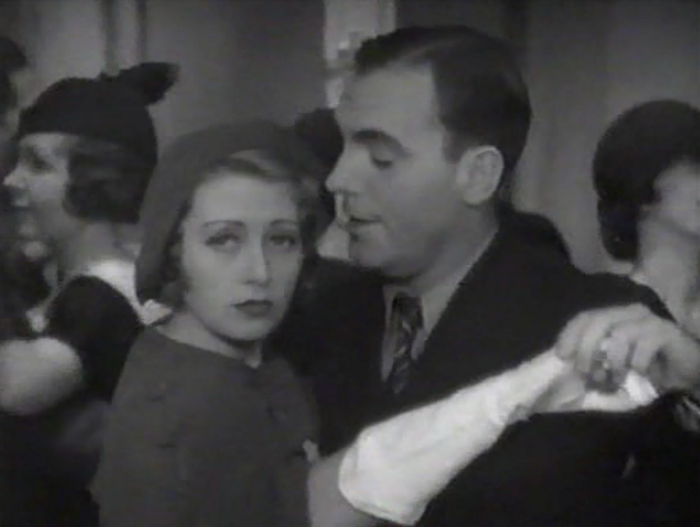 “How about I come over to your place after this and punch you in the stomach?” 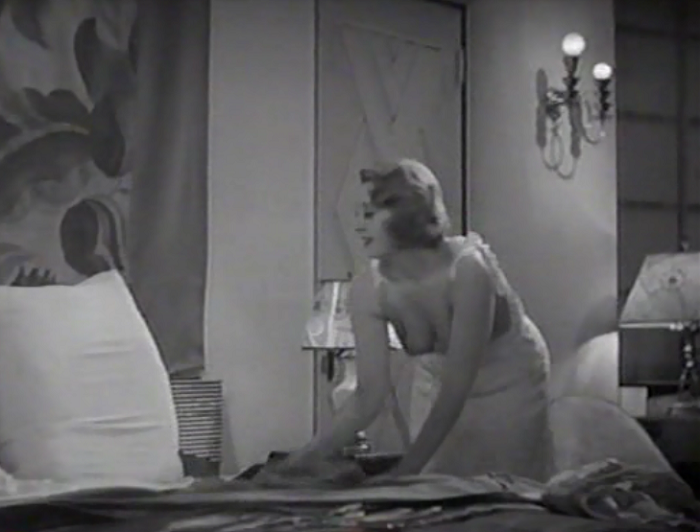 Well, when you rearrange pillows wearing that… 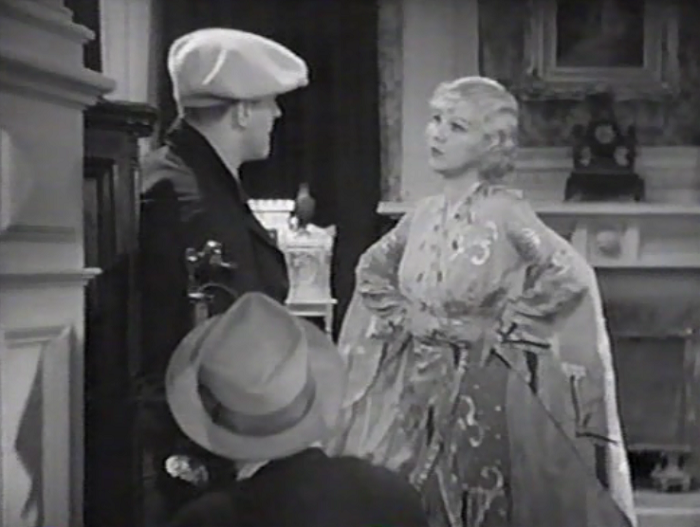 Sleeping with a guy just to get a phone line. Why, I never… realized before how much I want to go into the phone business.

Great post! Can’t believe how many revealing shots of Blondell directors managed to sneak into her pre-Code movies. I’ve occasionally found Pat O’Brien bearable in his pre-Code films, such as his Hildy Johnson in the 1930 version of The Front Page, but only just. It does sound like Glenda Farrell is wasted, though – why not do an entire movie built around her character using phones in her psychic business (I’m SURE Warner Bros could have come up with a plot line for that).

I like Pat O’Brien on occasion– Angels With Dirty Faces, for example, But I just get the feeling in 1933/34 whenever they had a script that Cagney refused to do because it was too crappy, they just stuck O’Brien in in his place.

For your last point, I think that plot line actually comes pretty close to what happens in Charlie Chan at Treasure Island (1939)– which lacked any Glenda Farrell to be all that good. :/

So I guess I just like Pat O’Brien better than you. He’s still a pale imitation of Cagney, but I like him nonetheless. He can rattle off the lines as fast as the fastest of them.

And the cast is SO good that I found myself enjoying the movie just because of who was in it. I mean, you’re right about everything you say about this one, but even so, I still wound up on the “like” side of the meter. After all, don’t you have to award bonus points for the whole “need longer cords to reach the beds in the brothel” bit?

The phone cord bit is funny, but it also comes in the first ten minutes of the movie. When the film spends the second two acts as Pat O’Brien and Joan Blondell recreate Sleeping With the Enemy as a comedy, it’s hard to still give the movie much credit for it.

I haven’t seen this one, but have seen another great pre-Code about telephone engineers released the following month, Wellman’s crime drama ‘Looking for Trouble’ with Spencer Tracy and Jack Oakie as best buddies. Phone repairmen were obviously flavour of the month (s) in February to March 1934!

Wow. What a weird subgenre. I’ll have to look for that one!

Love it! (but then, you are always a 10) – but really, is anything with that Warners stock company ever really bad?

If so, I haven’t found it yet. Thanks for coming by Marsha!

Pat O’Brien is no Cagney. He’s a terrific co-star but to carry a movie as the main character, I find him annoying. A little bit of him goes a long way.