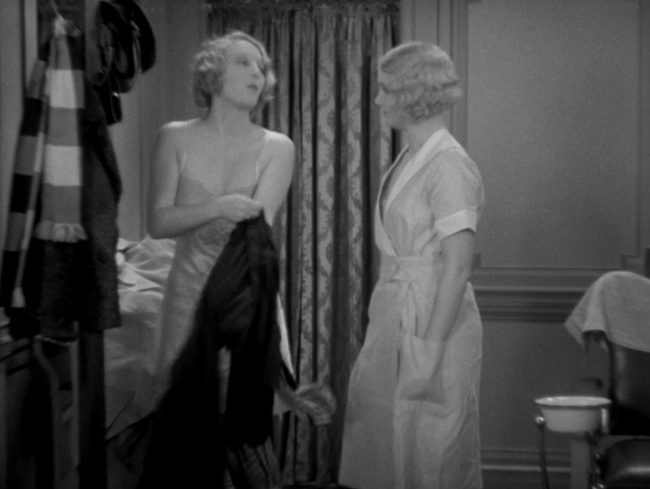 “Aren’t women entitled to a thrill?”

Yes, though I suppose the audience should be, too. Unrelated to 1939’s more famous Love Affair with Irene Dunne and Charles Boyer, this 1932 features Dorothy Mackaill, slipping down the star rankings, and a still-spry Humphrey Bogart tearing up the screen as a pair of star-crossed lovers. 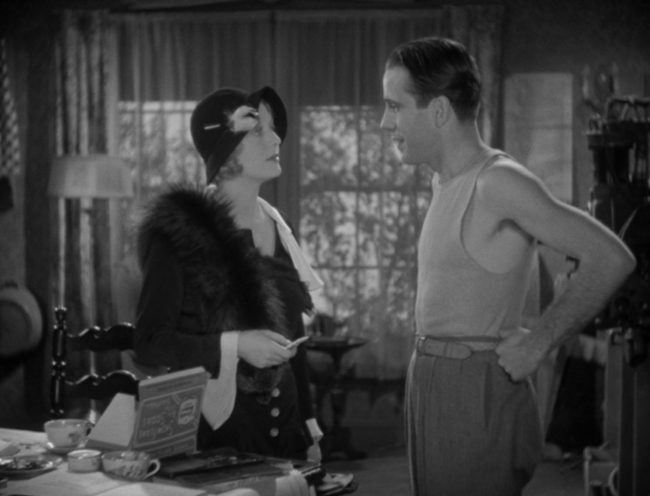 Mackaill is Carol, a young socialite who lives life with typical flapper abandon, especially when it comes to driving cars. Bogart’s Jim Leonard is a pilot turned designer who’s set on revolutionizing airplane engines. They meet after he gives her a flying lesson and she shows him how much fun weaving in and out of traffic can be during rush hour.

And, because there has to be some manner of conflict here, Hale Hamilton plays Bruce Hardy, the extremely rich man who is secretly keeping Carol’s fortunes afloat and is Jim’s last chance to get his engine made. Leonard has a sister named Linda Lee (Astrid Allwyn) who also complicates matters by being Hardy’s sidepiece and a lousy actress to boot. Hardy wants Carol, Carol wants Jim, Linda wants a payoff, Jim wants Carol and his engine, his engine wants a nice long break between flights, you get the drill. 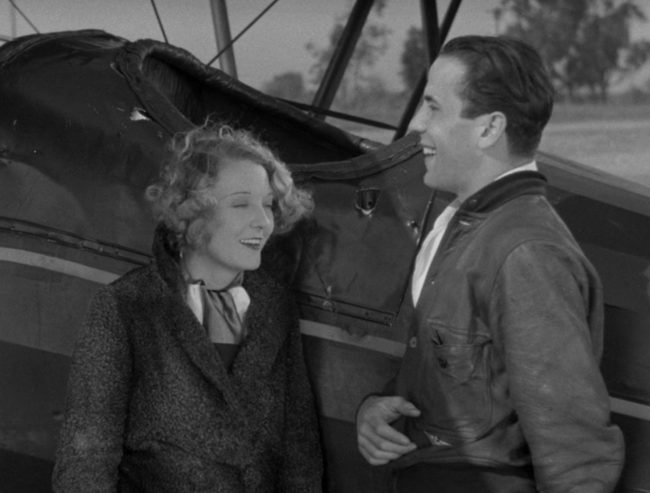 Jim here is seen early in the movie going to one of Carol’s parties and spending most of it flipping through her collection of books; I really related to this moment. However, it also illustrates what opposites the two characters are. Though they both love a rush of adrenaline, Carol gets her kicks from friends and parties, while Jim loves fresh air and invention.

Unfortunately, the movie never quite lands exactly why they begin the titular affair, other than ragged pursuit of having a plot for the film. “You’re from Cartiers, I’m from Woolworths!” Jim declares. That’s about as deep as it gets, in between long bouts of talking and Linda’s antics, which always feel artificial. 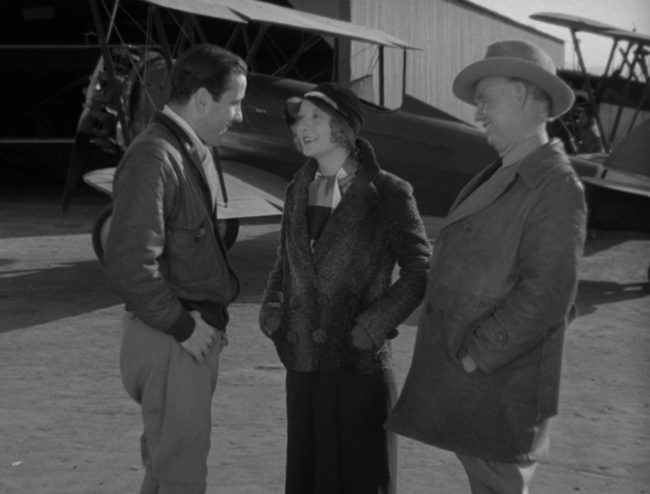 Mackaill’s charm is useless against the onslaught of this film’s plot, one that even momentarily veers towards yet another ‘suicide by plane crash’ finale. Love Affair is a gallery of hoary cliches, other pre-Code plots combined to a limp result.

Love Affair still contained elements that challenged the Hays Office and the Production Code. The Hays Office fought to have what they considered to be questionable scenes removed from the final film, including the strong insinuation that Jim and Carol spent the night together. In the end, however, the scenes stayed.

Love Affair offers a rare glimpse of a young Bogie playing against his later tough guy image. His portrayal of Jim Leonard is timid, soft spoken and romantic-a decidedly different Bogart for his fans to appreciate.