The first feature-length outing for Laurel and Hardy, Pardon Us is weirdly discombobulated: their hi-jinks in the slammer are a mix of fitful and amusing, with most of the emphasis on the ‘fitful’ part. For while the movie is enjoyable, the movie stops and starts its comedic momentum. It has… arrested development. 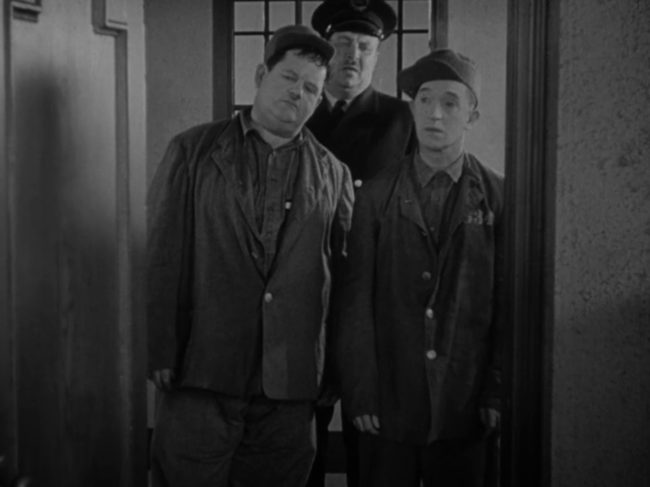 “We’ve made a huge mistake.”

The plot sees Laurel and Hardy attempt to make it as beer barons, only to have themselves thrown into the hoosegow when Laurel offers a bottle of beer to a police officer. He’s doubly cursed since Laurel has a loose tooth and develops the tick of blowing raspberries after each sentence. This doesn’t sit well with the warden (Wilfred Lucas), though it surprisingly temporarily wins over The Tiger (Long), this prison’s less-pleasant version of Wallace Beery.

The movie is episodic by design, and the duo’s problems escalate with their usual slow-burns: they anger both the warden and the killer in turns, escape, get recaptured, and eventually survive a riot in due time. Hardy glowers, Laurel whimpers. 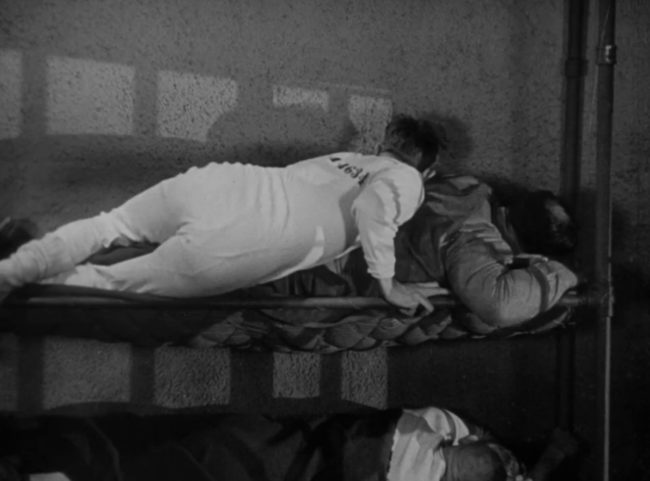 This is not what I meant when I asked if Laurel had ever bedded Hardy.

There’s some element of parody to other prison movies that were all the rage at the time, but nothing overt or even scathing– this film is mostly a wire frame to hang their gags. Some sequences are clearly pasted on, such as a late movie fire, that feel as padded as they are.

Chunks of this filler come from a number of songs– it’s 1931, it’s not surprising they’re there, it’s just disappointing. The songs aren’t bad, but they do stop the comedy in its tracks. One of these numbers also comes while Laurel and Hardy are disguised among sharecroppers in blackface. Somehow that means that we get to see Hardy sing a number. I don’t know why. 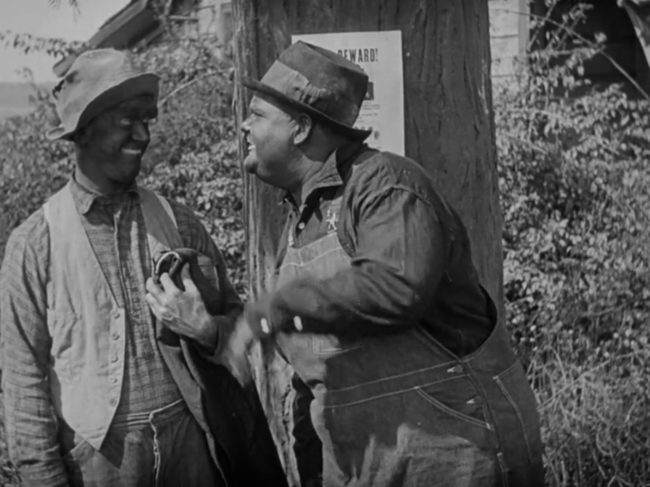 There isn’t much to the sharecropper scenes, with the movie leaving it up to the audience whether or not the black people surrounding the duo are fooled by their ridiculous disguises or if they’re just too polite to say anything. There’s also an awkward moment where Laurel sees two black prisoners and jokes, “Amos and Andy!” Both sequences put the movie more firmly in the past than a lot of the duo’s work.

Pardon Us is a middle-of-the-road Laurel and Hardy comedy, one that’s more pleasant than not, even if it is dated. The characters are all paper thin, and Laurel and Hardy do what they do best. For a first outing in feature length, the sporadic amusements are almost forgivable– if you’ll pardon them, I’m sure. 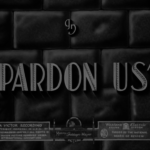 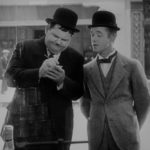 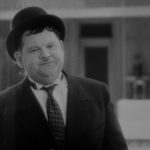 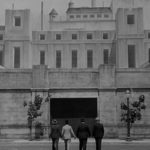 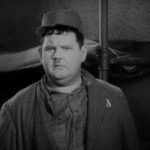 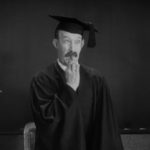 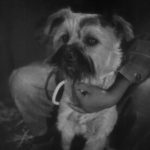 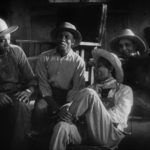 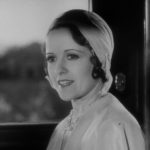 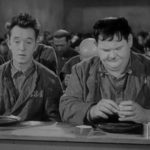 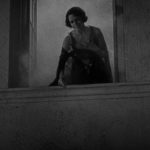 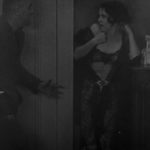 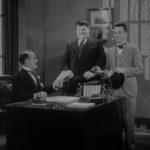 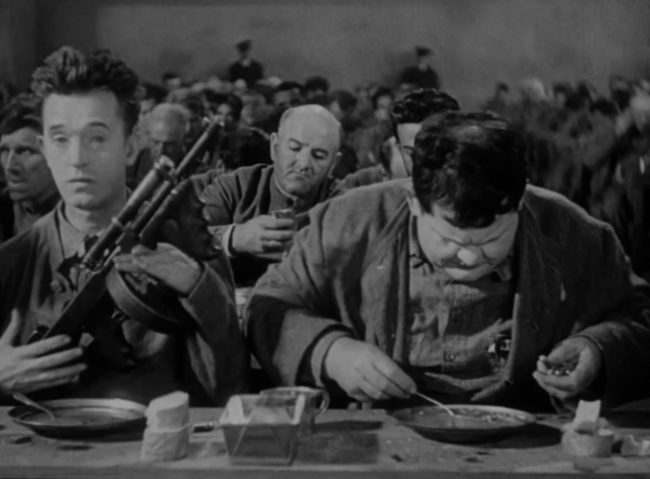 I petition that this become the new version of American Gothic.

Although it has some good gags, which are unfailing in eliciting laughter, it seems a pity that the clever acting of this team was not rewarded by a keener and less robust variety of humor.

I was pretty disappointed with this one, too. I think one reason it is so disjointed is that it is L&H’s first feature length vehicle. (They were in The Rogue Song but that wasn’t a vehicle for them.) The pacing a two reeler is quite different from a 60-70 minute movie. I think they were at their best with the shorts anyway. Sons of The Desert and Way Out West are the rare exceptions.

This was on the other night along with W & W in Hold ‘Em Jail, which was made a year later. It’s stunning just how much better Hold ‘Em Jail is. Pardon Us basically sucks, but then for the most part a lot of L & H features suck. L & H never really worked in features all that well, mainly because the writing just feels like 3 slapped together shorts.