“Nobody got anything in this country unless they took it. Hell, I admire the white man. He wanted Manhattan Island and he gave Indians a bottle of whiskey and he took it. White folks died, suffered, and sacrficed– took a country and built it up. Yeah, they brought us over here in chains, yeah, we know that. We’re still in chains. They’re a tad lighter, but they’re still chains. And the only way those chains are gonna get broke is if we break ’em. Ain’t nobody else gonna do it for us.”

“And I thought I was the radical.”

“We’re the same, you and me. I just like money and pussy more than you do.”

Watching a lot of films from the 1930s (as I’m known to do), it’s hard to suss out much about American that isn’t related to white people. Blacks are often lurking in the background, usually as porters, bootblackers, or, if you’re lucky, popping in to sing a jazzy number to get everyone tittering. Endemic racism was a plague, as white superiority was enshrined through science, economics, and tradition. 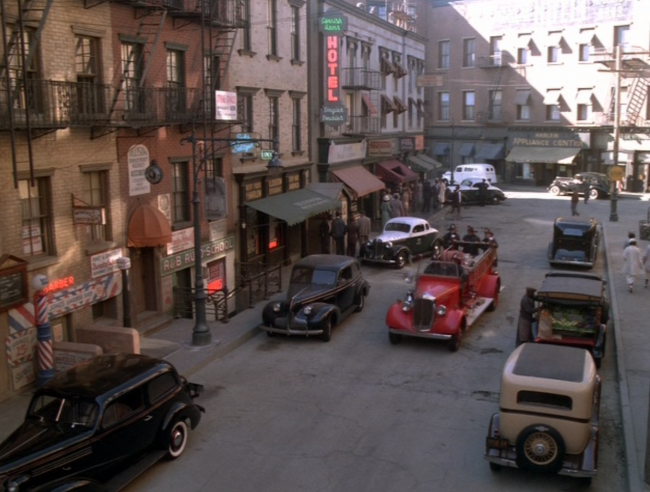 Hollywood, always a tricky balance between liberal artists and conservative moguls, spent much of the time busying themselves with the troubles of the white world. Since then, legions of black filmmakers have taken a look at the shameful treatment of black people over the decades. Much of this has focused on the turbulent 1960s and the emergence of the modern Civil Rights movement, but occasionally they’ve looked back at the pre-War era and the humiliations their people suffered through as they were still considered less than human.

10,000 Black Men Named George covers one of the first mass organizations of freed black men and the creation of the first colored union from between 1925 and 1935. The Pullman Porters, those guys you see in the background of practically every railroad film showing people to cabins, was a job occupied by underpaid black men. The move outlines their grievances, as they work for less than a living wage and are punished harshly for any mistakes. All of the men are also called ‘George’ by the white clientele after the founder of the train company, George Pullman, further eliminating their identity and dignity. 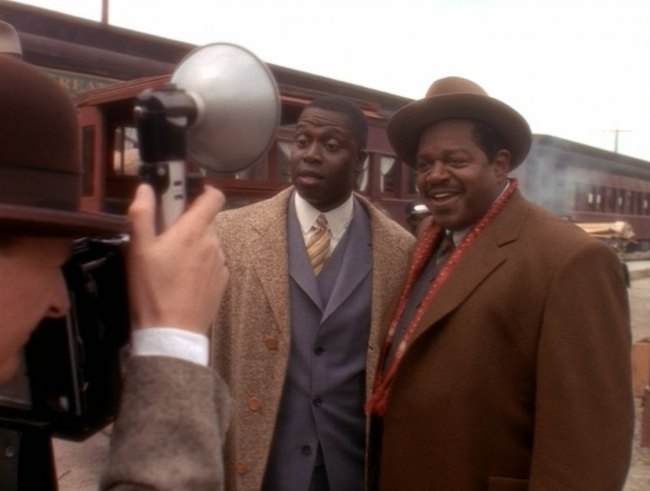 The movie follows labor leader A. Phillip Randolph and his struggle to form the Brotherhood of Sleeping Car Porters. As with other movies about labor organizers, you see the sacrifices, both personally and broadly, that must be made when poorer men unite to demand a measure of control from a capitalist who sees no reason to share.

While I enjoyed the acting and the film’s frequent discussions about the cost and value of fighting for your beliefs, it has to be said that this is a cheap looking film. Made for the Showtime network, the film is directed by Robert Townsend with the care of a PBS biographical drama. A sense of regality is deserved, but it saps most of the powerful moments of their feeling.

Take the climax, where the Pullman porters finally get to vote on their union and formally begin the Brotherhood. What should be a proud moment of final defiance seems awkward and like the authority figures were embarrassed rather than intimidated. The movie loses a lot on little moments that needed a stronger directorial hand and a more vivid sense of danger. As it is, it feels like a product of the glean of the early-2000s television film making (was every suit so well pressed during the Depression?), but it still can’t sink the enterprise. 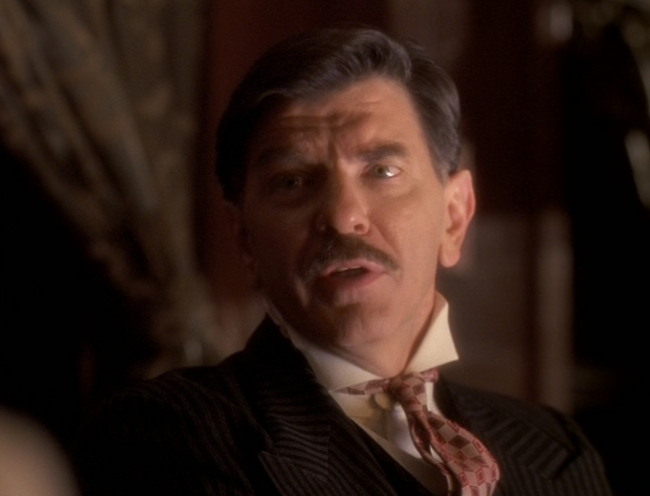 Where Townsend excels is in leaving his actors on screen to battle, compete and make their points. Baugher, who should be familiar to any modern filmgoer, is immediately striking as the determined union leader who annoys and scares any white business leaders he comes into contact with. His stoicism is a great asset, especially when met with his anger and passion. He’s perfectly matched by the profane Charles Dutton, and the two develop an interesting didacticism — one for resilience, the other leaning toward violence. Caught between them is Mario Van Peebles’ Ashley Totten, a former toadie who finally found his voice and keeps both of his compatriots on track. There’s also a great small role for veteran actor Brock Peters playing a former slave who has seen what the Pullman company has provided while also hoping for a new future.

10,000 Black Men was clearly made out of a sense of kinship and a desire to connect and reveal an area of history all too often glossed over. It provides a fascinating link between the end of slavery and the Civil Rights Movement, and shows how people fought back against insurmountable odds for dignity and hope. Though its dramatic weight leaves something to be desired, it’s a good story, given the heft it deserves.

If you want to learn more about the Pullman Porters, there’s several books available that you can check out at your local library: