Second Honeymoon: Do Over

“She wanted a change in the worst way. And that’s how she’s getting it!”

A young woman, Mary (Josephine Dunn), is deeply unhappy with her marriage– after all, her husband, Jim (Edward Earle), was so excited about acquiring a rare book that he forgot about their wedding anniversary. However, her old beau Pat (Ernest Hillard) comes calling and she confides in him that she wants to leave her husband.

Pat’s too nice of a guy to actually steal Jim’s wife, so instead conspires with him. Jim will impersonate Pat’s chauffeur, and take Mary, who thinks she’s eloping, to Pat’s cabin in the woods. There, Pat will make her so miserable that she’ll want Jim back. To further make sure she doesn’t dare try to leave her stuff husband, they’ll prove how exciting Jim is by having him rescue her from an attack by two doofy waiters dressed as Indians. And, wouldn’t you know it, their plan works, even if the two waiters are replaced by a real, mean pair of Indians called Crazy Crow and Fuzzy Feathers. 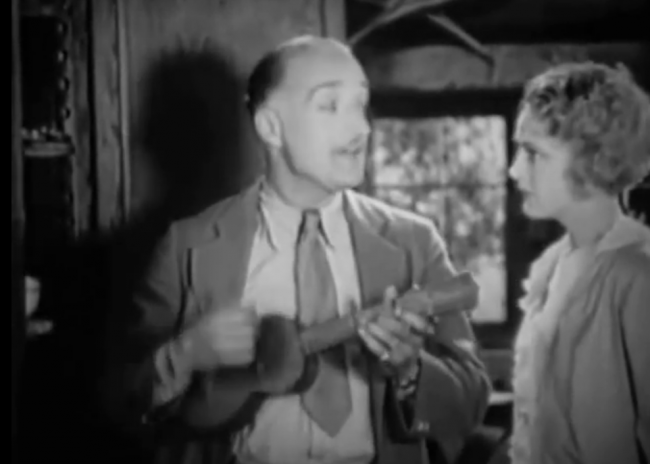 A ukelele. You know they’re in trouble.

You’ve seen this plot before. I’ve certainly seen it before. Variations of it have been a staple of television sitcoms from before I was born, always teaching a character ‘a lesson’ before revealing that the stakes were much higher than the manipulator had anticipated. Second Honeymoon is one of the cruder variations on the formula, proving a nebbish husband both right for scheming against his wife as well as virile beyond even his limited imagination in his ability to defeat two rough and tumble men without breaking a sweat.

There’s a certain misogynist tone to the proceedings, as the entire mechanism is built to punish Mary and it functions perfectly. She ends the film, clinging to Jim’s arm and proud of her ‘zero to hero’ man. The misogyny is also matched with a decent chunk of racism as the pair of real Native Americans who show up to prove how manly Jim really is are pretty ugly charicatures, drunk on ‘firewater’ and using more grunts than lines. 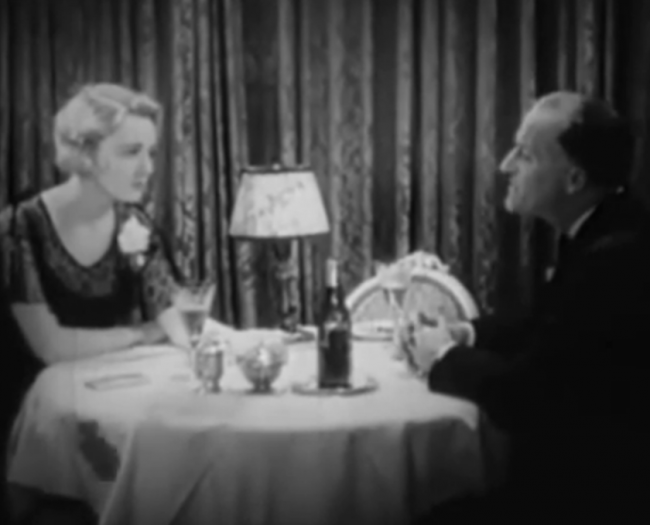 “I’d like to commit adultery with you.” “Uh, well. Let me check my schedule.”

On the other hand, the movie is pretty light and breezy, with a couple of good chuckles mixed into the lengthy (and often malfunctioning) slapstick. I wouldn’t encourage anyone to seek it out by any means, but there are many worse ways to spend an hour. And I did like the fact that this early talkie didn’t use the usually extravagant sound effects during the climactic fistfight– rather, you just hear good ol’ flesh against flesh.

Hey, when I said I was going to review every movie made between 1930 and 1934, that didn’t mean it was going to do you any good.