The Secret of the Blue Room (1933) Review, with Lionel Atwill, Gloria Stuart, and Paul Lukas

The Secret of the Blue Room: Am I Blue

“I warned them. But they laughed at me. But I tell you that anybody who sleeps in the blue room is never heard of again!”

A dark, gothic castle. The haunting strings of “Swan Lake” over the credits. And an ancient curse that seals men’s dooms.

No, today’s Universal horror movie isn’t Dracula, though I think you probably gathered that a while before this. But, don’t get me wrong, it’s definitely a kid brother in the studio’s burgeoning horror stable. It’s a murder mystery centered on the aforementioned ‘Blue Room’ in a dark, lonesome castle, a place where several mysterious deaths occurred two decades before. 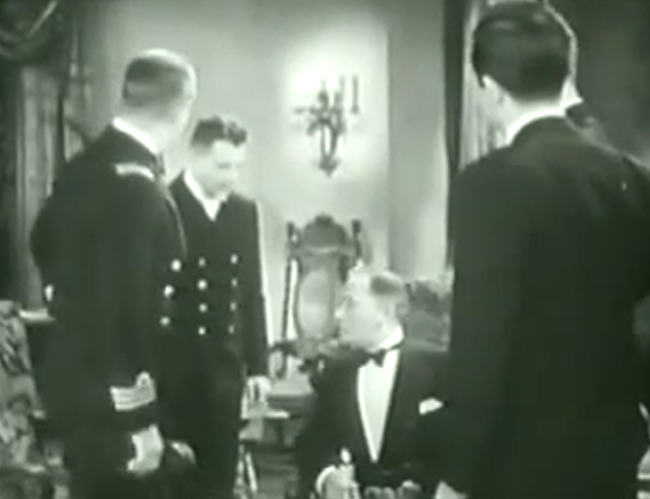 One dark and stormy night, the castle’s current owners, the von Helldorfs, are having company. Robert (Lionel Atwill, Murders in the Zoo) is beaming over his daughter’s coming-of-age birthday party. Irene (Gloria Stuart, The Invisible Man) is beaming, too, because she has three eligible suitors lined up, begging for her hand in marriage. Most respectable is Captain Walter Brink (Paul Lukas), while newspaper man Frank (Onslow Stevens) is always looking for an angle, and young Tommy (William Janney) is impetuous but not much else.

Tommy brings up the house’s infamous ‘Blue Room’, which Robert explains in hushed tones has been the host to a number of unexplained incidents over the years ranging from disappearances to murders, with each incident occurring at exactly 1 AM. Seeking an opportunity to prove his braveness, Tommy suggests that the three suitors each take a turn staying in the room for a night. He volunteers to go first and is found missing in the morning with no clues but an open window to suggest where he may have wound up. 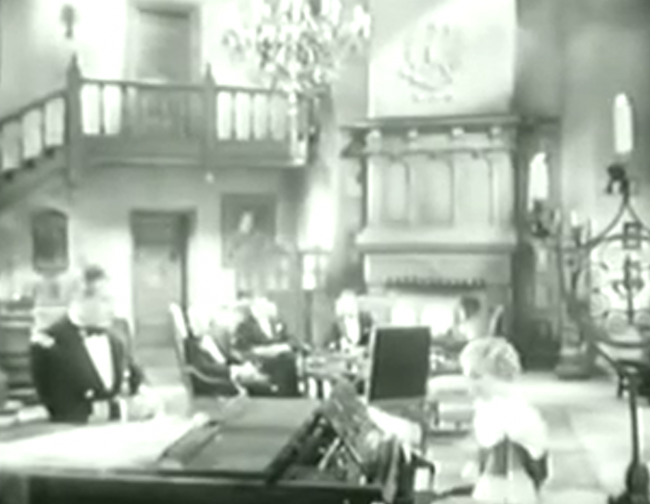 All this place needs is a disco ball.

The other guests are shaken, but the other men feel duty-bound to their promise to also spend the night in the room, despite the copious strange goings-ons, including a mysterious stranger and cars being taken out in the middle of the night. Also in the castle are a host of servants, with the most notable being the Paul, the butler (Robert Barrat). Paul seems to be the only other one who knows what secret about the room owner Robert is hiding.

The mystery truly deepens the next night as Frank is murdered by means of a gunshot in the room at exactly 1 AM. Commissioner Forster (Edward Arnold) arrives to puzzle the mystery out with Walter, and the two soon find themselves awash in more red herrings than a person who runs red herring farm and one day trips and falls in the red herring tank.

While the movie certainly sets up plenty of misleading clues, it’s still pretty rough going. It feels a lot like 1931’s Dracula with a lesser atmosphere, slow paced with a solution that is easily deduced by any movie mystery fans who would care to try. Worse, the killer is instantly apologetic. At least a stark raving madman would have injected a bit more life into the thing. Early on during the 66 minute movie, there’s even a lengthy song sequence with Stuart warbling the entirety of a ballad called “Can’t Help But Dream of You” right at the beginning of the film to lull you into a restive state. 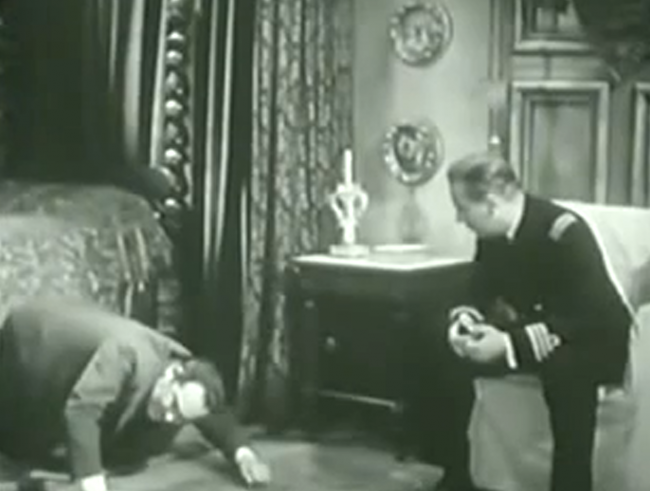 “Maybe it’s really THE SECRET OF THE WOOD FLOORING.” “Okay, Commissioner, it may be time for a nap.”

The cast is fine. Paul Lukas, flaunting an Austrian accent, is a fine hero, with Arnold capably assisting him with little humor when he arrives. Atwill and Barrat get plenty of chances to munch on the scenery, and Stuart is stuck doing what most women in movies like this do– flirt and fret.

The haste with which The Secret of the Blue Room was made shows, unfortunately, and while that means that we get to see some of the movie’s bag of tricks a bit more clearly– really, Atwill wears the same thing as the murderer in the last act? really?– it unfortunately does not help make it any less like a dirge. It’s not a bad movie, just one that shows it’s age, and anyone who isn’t strictly into the Universal horror movies will get just about the same gist from an episode of “Scooby-Doo.” 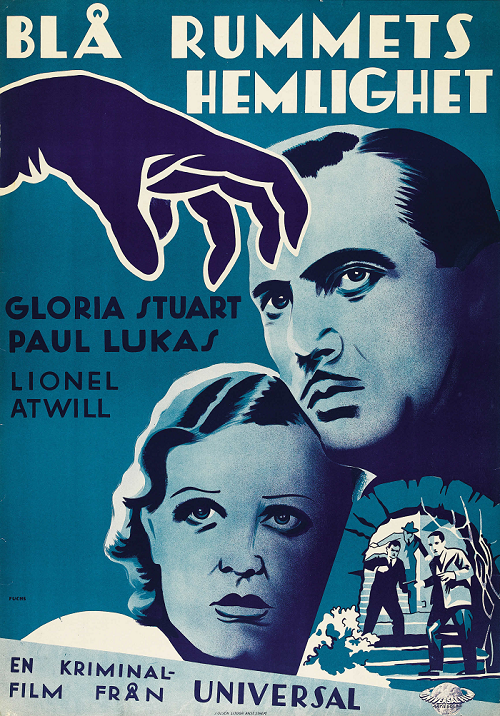