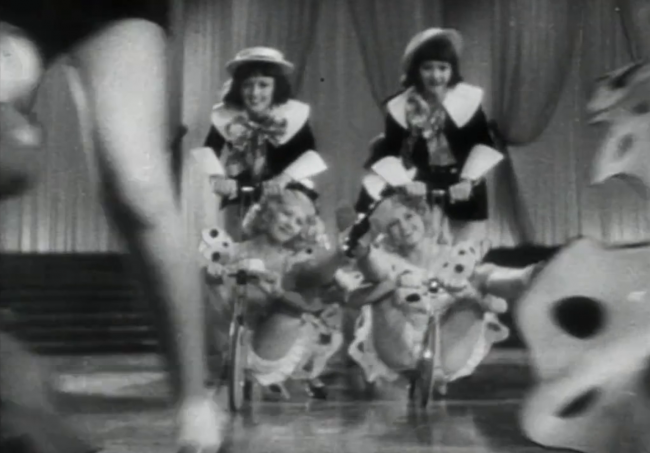 Broadway Thru a Keyhole: Scandal Under Covers

“Don’t tell me Broadway still gives you a thrill.”

“It always has. And I guess it always will. There’s something about it that gets me. Every time I look at the lights… the theaters… the crowds… Just as if I was looking at it for the first time. They can hock it all they want to, they can call it fickle, gaudy, honkeytonk… but that little gulch out there has got more personality, more character, more life, than any other spot in the whole world. I’m nuts about it.”

Broadway Thru a Keyhole, the second production of the newly-formed 20th Century Pictures, is an amalgamation of two of pre-Code’s most popular tableaus: it’s a gangster film but with musical interludes, all clearly descending from the Warner Bros. model. That’s not a surprise, since 20th Century’s head of production was Daryl Zanuck, fresh from Warners; here he takes what he knew and extrapolates. 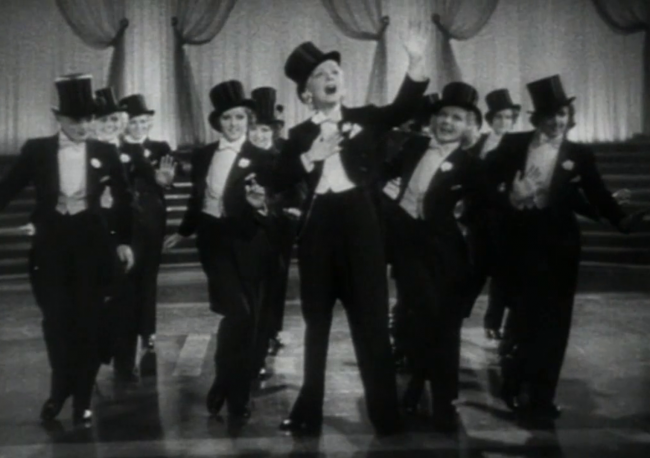 That much is obvious from the opening, a tour down the Great White Way where various people’s boasts and brags are followed by jump cuts to a neon sign for a store that simply sells NUTS. Here’s where we introduced to the omnipresent voice of Walter Winchell, one of the pioneering gossip columnists of the time. He doesn’t appear in the film, but haunts it, his gossip peering in on the characters and greasing the gears of the plot.

The tale follows chorus girl Joan who is helped into her job by gangster Frank Rocci. Rocci is at the head of the poultry protection racket– yes– and in the heat of a rivalry with another mug named Crowley (C. Henry Gordon– boo, hiss). Rocci buys the club from Tex Kaley to spotlight Joan, but then has to send her to Miami when the conflict heats up. There Joan meets and falls hard for a crooner named Clark, who also happens to be a hypochondriac. Rocci gets wind and demands Joan come home, but Clark is smitten and there’s a showdown. It’s a surprisingly emotional one, with Clark simply pouring his heart out and things working out from there. Oh, and there’s a kidnapping at the end, just to add a bit of spice.

Rocci is played by Paul Kelly, a longtime actor who looks rather shockingly like Josh Brolin. He has a quiet confidence in his manner, certainly playing it with less ham or bravado as many of the other gangster actors of the time, all while letting a little bit of sincerity shine through when he’s unguarded. Unfortunately, he’s the only real strong part of the triangle, as Constance Cummings seems stiff and awkward even when she’s not supposed to be acting that way, and singer Russ Columbo comes across as dopey rather than dashing. (For much of his introduction, his face is fixated in a creepy grin that showcases his teeth in a most unpleasant manner.)

There are a number of musical numbers in the film and even a few slapstick sequences to keep the audience awake. It and much of the film play like a smorgasbord of early 30s films. Besides the Warner gangster flicks, you have “The Uptown Lowdown” with a dozen girls tap dancing in tails like a Marlene Dietrich fever dream. Several of the other numbers, like “The Girl on the Scooter and You Were the Boy on the Bike”, have a decidedly Busby Berkeley bent, featuring geometric shapes and scantily clad dancers deftly handling their large globes. (Not an innuendo.) 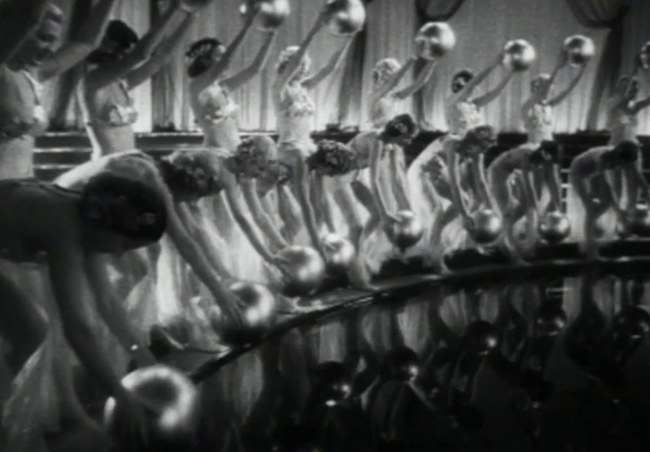 The supporting cast is a lot more fun, with Tex Guinan playing a burlesque of herself which isn’t that far off from Mae West’s schtick. Sybil Smith as the lecherous former burlesque queen who cross dresses to mess with her dimwitted gangster boyfriend is clearly having a ball even in the film’s darker parts, and Hobart Cavanaugh, playing the appropriately named Peanuts Dinwiddie, is also a lot of fun.

Broadway Thru a Keyhole really packs in a lot, but it never really seems to draw things together in a way that’s wholly satisfactory between the darker gangster film and the revue portions. Undone by a few weak leads, it remains a well made if off the mark movie.

Broadway insiders recognized the film’s story as based on a real-life romantic triangle that had played out a few years earlier between dancer Ruby Keeler, entertainer Al Jolson (who married Keeler in 1928), and mobster Larry Fay, who had reportedly been romantically involved with Keeler during her Broadway days. Shortly before Broadway Thru a Keyhole began production, Jolson ran into Winchell at a boxing match and punched him, citing reports about the forthcoming film as the reason. Winchell was quoted in the press as suggesting that Jolson should play the lead in the film himself. The real-life Fay had been shot and killed by a disgruntled employee the previous New Year’s Eve.

2 Replies to “Broadway Thru a Keyhole (1933) Review, with Constance Cummings, Paul Kelly, and Russ Columbo”