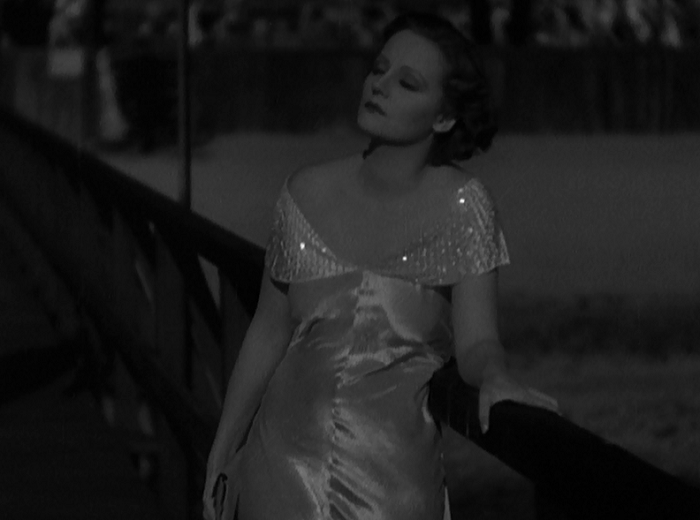 The Cheat: Branded to Almost Kill

Looking over my notes for the movie (and skipping over how many times I noted that I really wanted a sandwich), I found it difficult to understand why I disliked it so much. The Cheat is racy and offbeat, a weird sort of treatise on the social ills of the wealthy and American cultural imperialism. But, damn, is it a slog.

Tallulah Bankhead is Elsa, a compulsive… well, everything. She is effusive in her dealings and unable to rationalize anything that subtracts from her immediate pleasure. Unsurprisingly, this turns into a bit of a liability. She gambles away $10,000 on an impulse. Shortly after she steals $10,000 earmarked for charity and gambles it on the stock market– and in what should come as no surprise in a 1931 film, she quickly loses all of that money as well.

Her faithful and devoted husband is Jeffrey, who assures her that their ship will be coming in any day. He’s faithfully in love with her, though her proclivities suggest that she’s just rather fond of him. Sure, she’s devoted, but marriage has never been called the most thrilling of propositions.

Also in the picture is Hardy Livingstone, a entrepreneur back from a trip to Japan. He’s brought back more than just his tales of loose Japanese women, though: included is a Japanese waitstaff, a garden, and a giant statue of the god Yama. That’s the guardian of death, you know.

Livingstone also has another odd habit, and that is to have dolls fashioned of his conquests, complete with stands that have the kanji for “I possess” branded onto them. He’s a real charmer. When he sets his sights on Elsa, he’s only too happy to offer her the money she needs to get out of her debts– at a price, naturally. And like any woman who deals with a man that believes putting his dick in a lady makes them his property, there’s no way she can prepare herself for just how cruel his desires will be.

Because the gods of dramatic irony were working overtime on the screenplay, Jeffrey hits it rich the day after Elsa promises her body to Hardy. She turns back to Hardy and offers him a check, but he refuses: unless she wants a scandal, she’ll submit. When she continues to refuse, he decides to teach her a lesson by branding her on her breast with his “I possess” seal. It’s a rather nasty scene performed in silhouette, and you’re treated to smoke billowing off of the mark afterward– a potent rape metaphor, certainly something that wouldn’t be seen much on the screen afterward, censorship or not.

This violation doesn’t go unpunished as Elsa grabs a gun and turns it on Hardy. However, the dramatic irony gods, drunk on power from doing a few too many saké bombs with Yama, have Jeffrey show up just as Elsa departs. Hardy is injured but lives and accuses Jeffrey of shooting him.

The film turns to the pre-Code third act standby: the overwrought trial finale. The testimony from Hardy and his servants make Jeffrey out to be a drunken fool, and Elsa can’t stand it any more. While the social shame of having a husband in prison who’s also a drunken lout as compared to ruining her own standing, she chooses to brandish her newly acquired tattoo for the gathered crowd.

Hilariously, when Elsa reveals her brand, the entire courtroom erupts in chaos, and a group of men just start beating the everliving crap out of Hardy. It’s a very visceral moment, but I had to laugh. I guess years of watching witnesses confess to everything up to and including serious war crimes on “Law & Order” without anyone in the courtroom so much as looking moderately upset has gotten to me.

I wanted to talk about Mondo 70’s review of the film, which touches on the film’s treatment of Japanese culture. Watching The Cheat, I came away with the impression that Hardy’s perversions and his ties to Japanese culture are inexorably linked. He isn’t just a brute because of his belief in owning women or his lustful desires of another man’s wife; he’s also essentially nasty because of his perverse interest in Japanese culture. The Japanese people come across about as well as the Chinese did in The Mask of Fu Manchu, though in this go around they don’t even have the benefit of a having a mad leader of their own race.

I still have my druthers with this interpretation, though. The English speaking servants he points to still expressly work in servitude to an innately evil man. Though they may be free of a stereotypical accent and, thankfully, played by actual Japanese people, their silence in the presence of such a heel seems damning. And besides that, the giant statue of Yama keeps popping up at inopportune moments. If a culture has a god of death, what does the movie say that that indicates about them?

Well, nowadays, Yama’s not that big of a deal. Back in the early 30s, though, with Japan jockeying for control of China. The Manchurian Incident a month before this picture’s release would solidify the gap between American and Japanese interests as the two countries continued down the long road towards war. Here’s a nice concise breakdown of the history of the two countries relations in the early 20th century. I guess my difference with Mondo is that I don’t see the pageantry of the ball as mocking of the stereotypes, but just another example of Americans exerting their belief in their own superiority, like one of those awful parties where a fraternity decides to dress up in black face. Ugly stuff, but it helps contextualize where America was and, sadly, can still be now.

But let’s get back to the heart of my problems with The Cheat: it’s slow. It’s tedious. Its outcomes feel patently obvious. Tellulah Bankhead, an actress whose name is probably more familiar than her film career, has moments of both subtle perfection and erratic inanity. Sometimes she’s good, sometimes she’s got nothing. The whole film has this weird fluctuation, with director George Abbott composing beautiful moments of stillness and contemplation but then dragging out the threadbare plot agonizing minute by agonizing minute. The plots complications just feel too mechanical at every turn.

The Cheat also feels pretty insecure about its conclusion. Elsa believes the happy ending must be a dream, while blissful Jeffrey simply shakes his head. Is the overly optimistic finale just a figment of Elsa’s imagination? Does it matter?

The best thing I can say about The Cheat is that it will at least inspire interesting conversations with your loved one afterward.

I wish I’d liked The Cheat more than I did. It has beautiful outdoor scenery and an off-kilter aura as well as some really scandalous, crazy moments. But I could never buy how the gods of dramatic irony operated so out in the open for most of the film. It’s just too artificial.