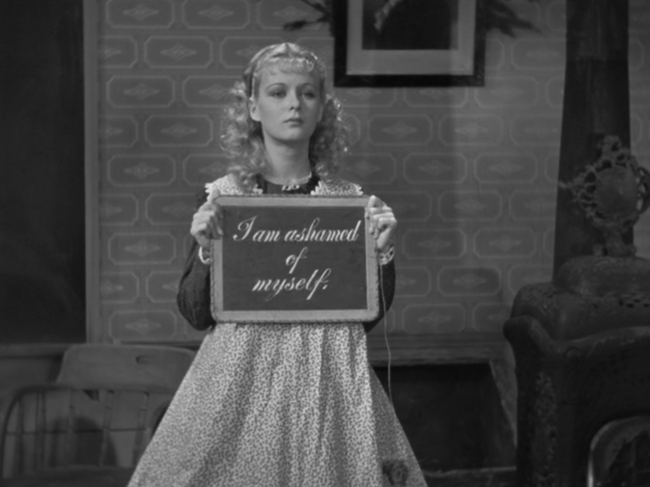 Despite the fact that her fame eclipses that of her older sister, Constance, it wasn’t so in the early 1930s. While Constance became one of the highest paid actresses of the pre-Code era in a string of stunning hits, Joan languished in featured parts in lesser films. Joan’s career began its uptick when she costarred in the massively successful Little Women (1933).

In the late 30s, she began a collaboration with director Fritz Lang in a series of stunning noirs that saw the blonde Joan change to darker tresses. Also, at one point her husband shot her lover in the dick. Joan Bennett moved to television in the 50s, gaining nerd immortality on gothic soap opera “Dark Shadows.” She passed away in 1990.