The Lady Refuses: She Wouldn’t Sell Out

“I knew my purse leaked. But rain was the only thing that leaked into it.”

A young woman is pursued closely by two police officers in the London fog. “This weather isn’t fit for a dog,” one officer notes. “Or a cat,” winks the other.

Like in The Smiling Lieutenant, the pillow placement says a lot.

Seeking to duck them, she ends up on the doorstep of Sir Gerald Courtney (Gilbert Emery), an older gentleman who quickly makes a show that she’s his niece to the baffled officers. The woman, June (Betty Compson), is deeply thankful, especially after Gerry invites her in for dinner. It turns out that it was originally supposed to be between him and his son, Russell (John Darrow), but his poor boy has become ensnared in the claws of a manipulative gold digger named Berthine (Margaret Livingston), who functions under the sway of jealous gigolo Nikoli (Ivan Lebedeff). To help June get off the streets and to get his only son back on the straight and narrow, Sir Gerald, offers to pay June £1,000 to seduce his own son. Or, as if to illustrate how awful the Depression is, $5,000 in American money.

June is a member of that nouveau poor, but thanks to Gerald’s offer and a lavish new wardrobe, she’s ready to snatch Russell’s heart from the callous Berthine. The catch? June is in love with Gerald. Seducing his son while trying to make sure that father isn’t offended ain’t easy, and June has her work cut out for her. 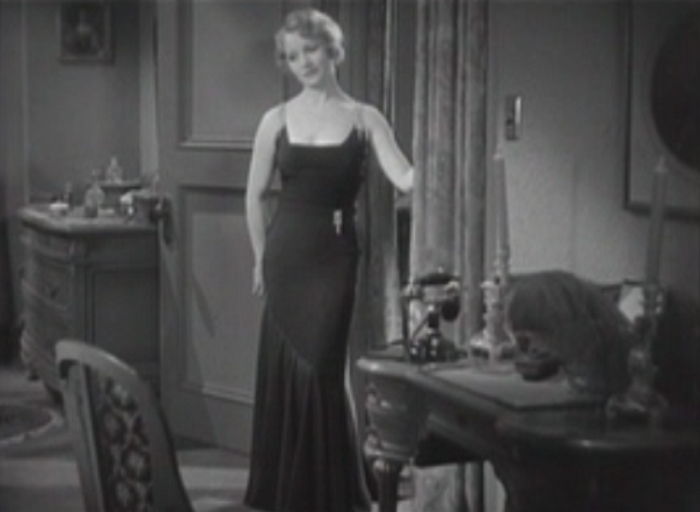 Lucky, then, that June is played by Betty Compson, a curvy and clever actress who takes full advantage of a role that lets her switch between scenes as a sweet fallen girl to a lovestruck woman to an overacting hussy as the rollercoaster runs. Compson plays the part through using not just her voice, but through her posture and eyes. Watch as she lures a drunken Russell into her apartment for the first time by pretending to forget her key. Out in the hall, she’s meek, with a massive white shawl making her haggard and vulnerable. Once inside the room with her quarry, the shawl is discarded to reveal a breathtaking black dress underneath. She stands firm, confident, and manages to easily manipulate the drunk but resisting Russell. A later scene mirrors this, after Russell has learned the truth about June and his father, where she desperately tries every trick in her book to convince him that his father is where his loyalty should lie despite the setup. Here she slips into a fierce, ludicrous gutter accent in an attempt to play up her own manipulations as a gold digger. It’s perfectly bawdy, but wonderfully calculated.

The catch in all of  this is that June has to make sure that Gerald doesn’t suspect that she’s slept with Russell. She hasn’t, of course, but even the suspicion and his admittance of doubt is enough to demonstrate that the relationship is kaput. To complicate things a bit further, Berthine is found dead in Russell’s apartment after Nikoli’s jealousy gets the worst of him. 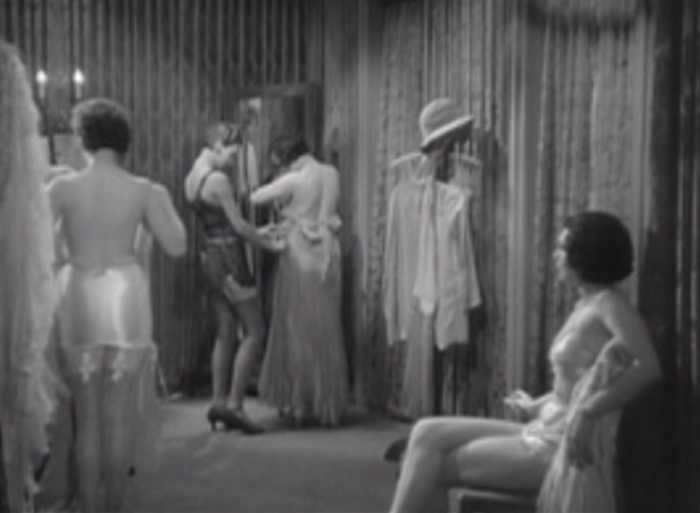 I have been severely oversold on just how often I should be walking into rooms like this.

That leads us to the ending, where June sacrifices her love for Gerald to reunite father and son. It’s an Oedipal free-for-all, with June the obvious loser. As soon as Gerald gives her a look of mistrust, she decides it’s time to leave for good. Father and son become those men who use their ‘gentleman’s code’ to wallpaper their own feelings to keep away from her. Gerald apologizes, but June is too smart for sentimentality:

“I believe you are. But still sorry for the wrong person. Goodbye, Sir Gerald. Goodbye, Gerry, old man.”

She takes the check for £1,000, and, in one final middle finger to the upper class snobs, holds it between two fingers. “As for this? I have a sort of code, too. I’ll probably be sorry for this in the morning. However, right now…” and she throws the scraps of the check onto the floor. She stalks out, into the night, penniless and alone once more. Both of the Courtneys realize the mistake they’ve made, and Russell implores his father to do something. “Wherever she goes, my boy. I’ll follow.” 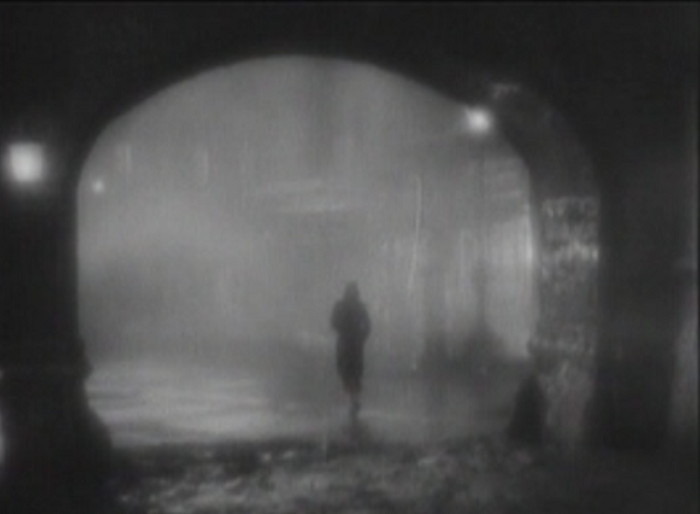 A better woman on her own.

But we next see June on the street in the fog again. While Gerald and Russell may pursue, she’s not theirs, nor anyone’s.

The Lady Refuses is one of those wonderful odd hybrids, a mix between melodrama, polite comedy, class conscience romance, and tragedy of the sneakiest order. The moral of the story is the same as a lot of Depression era myth building: the prostitute on the streets is more pure of heart than those with money in the bank. It’s a bit clunky technically, but it picks up, and the film’s downbeat ending mixed with some good blocking and a trio of fun performances at the helm make it an interesting watch.

An excellent account. This was the very first movie I posted about at Noirish!

Thanks. I really liked it. It’s too bad it’s so public domain that it’ll probably never get a good looking release– but at least it’s easy to find.

I’ve see a couple of George Archainbaud films I liked a lot, ‘State’s Attorney’ and ‘The Lost Squadron’, so would be interested to see this one too.

State’s Attorney is great, and I have still got to catch Lost Squadron at some point. It’s a very well done little drama with a couple of fairly funny bits to bolster it.

Just re-watched this movie. This movie is great because I like the obscure, not movies labeled “pre-code” there are plenty to find. Also watched The Locked Door” , Story of Temple Drake” and “ten cents a dance” all easily found on YouTube. Today. Two of which contain the pre-code queen Barbara.. Love this site and who also love to a side by side review, as we all have different opinions and “I Love It” ..
Lisa 🙂

Sorry, I’ve been an editor for other sites for 2 yrs now. I’m fair, been watching these great movies for over 20 years now ( grew up on them) first movie I ever saw was Mildred Pierce, but prefer Bette Davis. If you need references, ask- I don’t want to have my own “blog” or website ( but I have before). I used to sell and buy movie ephemera and I have an extensive background on that- as well as the quirky “Victorian scraps” and Postcards…. I’m a member of Four Historical Society’s… including Massachusetts… I would love to, again, help or aide in your movie reviewing, again many regards LisA

Thanks for the offer, Lisa, but this site is sort of a solo act– I’ve been burned before. But I love the movie too; I’m glad it inspires you so much!

Really enjoyed this movie too. Saw it on youtube I think, public domain. Enjoyed the story. Wish it could be ‘fixed up’ and have a proper release. Thought the father was charming. And Betty Compson is always charming.

Also like Betty Compson in Woman to Woman (1929). Purchased this from Grapevine.

The music during opening credits is enchanting; does anyone have a name and composer to go with it?