Are You Listening? (1932) Review, with William Haines

Spending a lot of time on that butt, methinks.

Are You Listening?: White Noise

Alright readers: show of hands. How many of you have seen 1996’s The Net starring Sandra Bullock?

Okay, let me count real quick annnnnnd… no one. I guess it doesn’t help that I can’t count hands over the internet. Well, good job on avoiding a stinker, at least. The point I’m trying to make is about the movie’s subject rather than its quality though. Hollywood, historically, doesn’t like its competitors. Taking the piss out of the internet in 1996 is like breaking an AOL CD in half in front of a small child today. What’s the point?

Hollywood had a lot more to fear in the early 1930s from the emergence of radio, a communal experience that had a medium buy-in cost but an unlimited amount of free content. The threat of radio was real, and studios, though many profited from their associations and advertising, still eagerly took potshots at the medium. 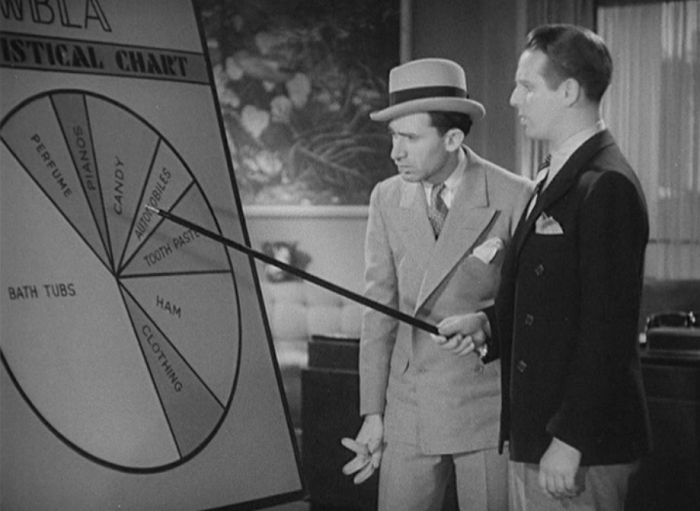 A chart demonstrating what everyone loves about radio, I guess.

Are You Listening? is just such an extended razzing, a half comedy/half drama/half who the hell knows in which the audience is constantly prodded for their enjoyment of radio. While studios would mostly stick with the simple satire route for the next few years in such pictures as Professional Sweetheart and Twenty Million Sweethearts, Are You Listening? is far too noble for that. Indeed, the movie is a laundry list of paranoia and moralizing, something that starts out playful and then by the end is just tearing up AOL CDs left and right in a furious, indignant rage.

The movie also conveniently features two running plots, which would seem like a bargain if it weren’t for the fact that these story lines are heavily recycled. In one, station marketer William Grimes meets and falls for radio personality Laura O’Neal. But Grimes is married to the shrewish (and obviously psychotic) Alice, and she refuses to grant him a divorce. Grimes despairs and drinks, losing his job and wrecking his relationship with Laura. Just when thinks are looking up for him, Alice reappears and he accidentally murders her. Can he get away with it?

The other plot is between Laura and her two sisters, Sally and Honey. Sally is a secretary by day and consort by night, drinking with the rich and powerful in hopes of landing a good husband. Honey is the youngest of the three sisters and doesn’t take Sally’s cautions about men very seriously. Will she learn her lesson before it’s too late? 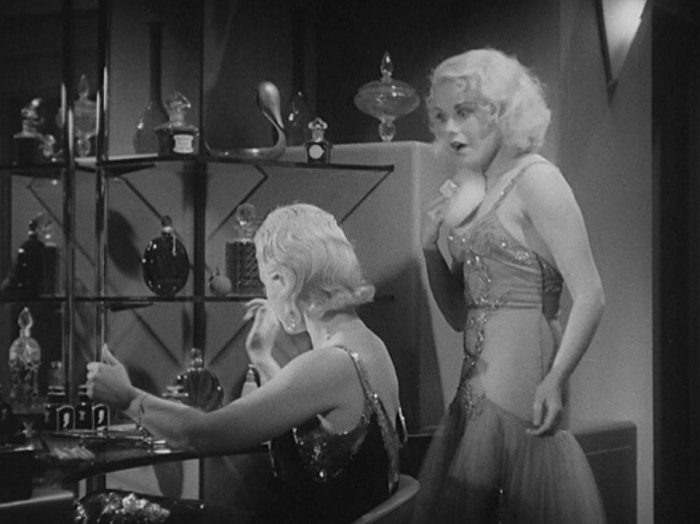 Divine Sisterhood of Applying Powder To Their Ya-Yas

Well, no, I guess not to both of those. I’ve talked before about my affection for the casual story structure of pre-Code films where you can meld these two story lines– unrelated except for their skepticism– and go wild. The whiplash from taking on these two wholly unrelated really wears on the film though. The third act sees both halves resolved independently and Honey’s in an almost useless fashion. The film’s ending is a fond farewell over the corpses of dozens of interesting plot threads or ideas that were nixed for two soapy moralistic tales.

On the one hand, Haines has got a nice face and a big smile, and when he plays romantic it’s easy to see his appeal. But whenever he plays comedy, there’s a bit of a sneer snaking beneath the surface. Whenever Haines feels that the material he’s working with is beneath him, it’s not hard to pick up on, and it’s distracting.

The other performers are also stuck in some formulaic parts. Anita Page, as the experienced consort, isn’t given a very satisfying role, stuck between being both motherly and the one who really pays for her sins– both in not teaching her sister and for living life the way she wants to. Madge Evans is also given a lot of heavy lifting with the rather dead role of Laura whose loyalty, even when someone comes and promises the murder he just committed was totally an accident, is either admirable love or some fast acting form of Stockholm Syndrome. Wallace Ford and Jean Herscholt also have small parts, and that’s pretty much all that has to be said about that. 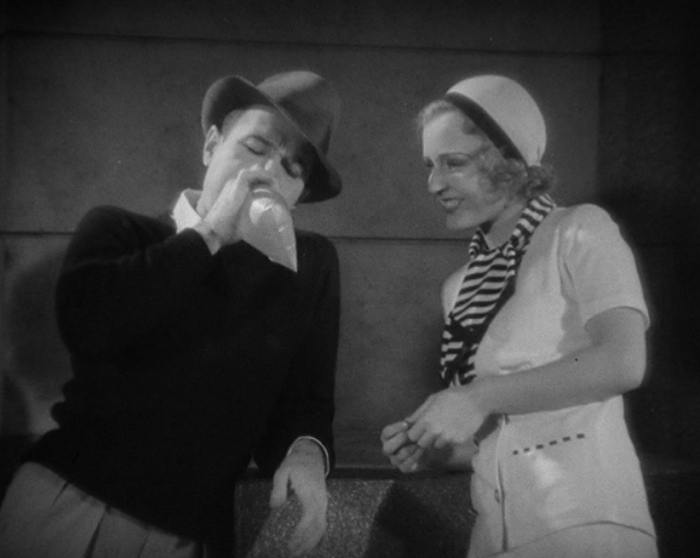 The only one who really comes across with any life is Joan Marsh as Honey O’Neal. Her youthful enthusiasm, including a sequence of some jazzy dancing, helps carry the picture for quite a while. Once her storyline is extinguished– and inexplicably folded into Grimes’ storyline — the movie collapses quickly.

Though the film has its moments of naughtiness, it’s very much in keeping with most conservative morality plays. The loose woman learns to keep her legs together until the right guy comes along. The man who couldn’t give up the woman he loved even over his wife’s objections will be rightfully punished. The film’s extreme insistence on the illusion of radio– it looks safe and harmless but it can be vicious and manipulative– comes across as sour grapes, especially with how the finale is framed by a newspaper editor with dollar signs in his eyes.

Are You Listening? is a disappointment, a stuffy comedy/drama/thriller that creaks and groans. I could probably forgive it if the movie ended in more than a shrug, but, as it is, its disk probably should be next in the queue after you’ve finished breaking all of those AOL CDs. So come on. Get cracking.

Are You Listening? plays like a mashup of MGM’s first musical, The Broadway Melody (1929) and Haines’ previous radio-centric film, Remote Control (1930). As in The Broadway Melody, half of the film tells the story of how young girls who come to New York to make a living are used and abused. In the no-less-depressing other half of the film, Haines plays a radio writer married to horrendous shrew Karen Morley who plays evil like you’ve never seen her play it before.

His openly gay lifestyle a thorn in the side of his bosses at Metro-Goldwyn-Mayer, irreverent screen idol William Haines was left vulnerable when his star vehicles began to fail at the box office. Once hailed as one of Hollywood’s top tier wisecracking male leads (whose leading ladies included Joan Crawford, Marion Davies, and Leila Hyams), Haines was recast by MGM as a dramatic actor and plugged into Are You Listening? (1932), in a role rejected by Robert Montgomery – Metro’s “next William Haines.” […] Like Haines, Page had fallen from the good graces of studio head Louis B. Mayer (rumor has it she threw a chair at him), who shunted her into this project as punishment. In an effort to regain Mayer’s favor, Haines considered entering into a sham marriage to boost his box office potential and proposed to Page during filming – but the actress turned him down and the two remained friends. Are You Listening? proved to be Haines’ last film for Metro. He made only three more films before abandoning acting to take up a more satisfying second career as an interior designer.

This is a weird one, isn’t it? I’m with you on “dislike.” Didn’t realize it was his last film at MGM — there was probably more interesting drama going on behind the screen than in front of it.

Had to have been. Quite a mess of a movie. Thanks for coming by!

Oh my god, you put what I said about Haines in the review. I am honored. But ain’t it the truth? Rudd’s charm and Spacey’s smarm.

It’s a great way of explaining him, and thank you for letting me share it!

Does the comparison of William Haines to Kevin Spacey still work in light of Spacey’s career coming to an end due to his sexual predation charges (some of which did involve males and one of which was underage)?

Just watched this one tonight. I couldn’t blame Karen Morley for her miserable attitude. She kept me entertained.