Monte Carlo: All Hair Dressed and Nowhere to Go

“Listen, here’s a puzzle, and, believe me, it’s hot. She comes from a wedding. She has nothing on. She’s left her husband behind. She has no ticket. She has no idea where she wants to go. And she goes to Monte Carlo. How old is her husband? … Too old!”

Another great Ernst Lubitsch pre-Code, Monte Carlo is frothier than most, if only because it still shows the great director working on acquiring his ‘talkie’ feet. In a year where most pictures static talkers bend on cramming as much melodrama into a musical as one could reasonably fit, Monte Carlo never flits towards dramatics nor hysterics. It’s a pleasant, warm movie, that shows the director still pushing what that new genre– ‘the musical’– really could do. 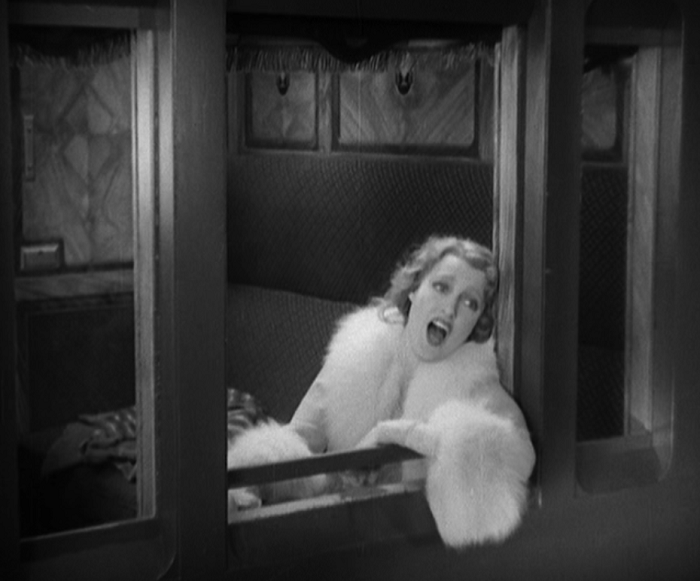 The plot involves a runaway countess in the form of Helene Mara, a sardonic, playful woman who also happens to be a bit of the snob. The dorky Prince Otto isn’t enough for her (the Prince should probably be wary after the girls laugh as he assures them “my papa tells me I have charms galore!”), so she heads to Monte Carlo to cover her debts and break the bank, something she anticipates doing within a few days of her arrival. Once there, Count Rudolph Farriere, a wispy bachelor with an unmistakeable sense of mischief, decides to court her. He tries to give her luck in the casino, and then he tries a romantic duet over the telephone– she hangs up. Finally, inspired by a chance encounter, he decides to disguise himself as her new hairdresser. His inability to do the job comes second to his ability to get her out of that robe that so enshrouds her.

There’s some nice interplay here, as Jack Buchanan’s feyness is played for joshing as Rudolph’s role as a hairdresser soon means that he finds own sexuality questioned by the Countess. Besides his own unfortunate last name of Farriere (and before anyone rushes to their OEDs, the slang ‘fairy’ has been around since the late 19th century), there’s also the moment that, upon seeing him for the first time, the Countess reenters her room and removes her robe– she clearly feels safe around him. And then there’s the moment where Marlene finally calls him out, saying she doesn’t believe he’s a man– and he responds by putting his hairdressers uniform back on. He finally embodies and surpasses the role as he passionately kisses her. Distressed by her own passion, she demurely complains, “That’s what you get for being nice to your servants.” 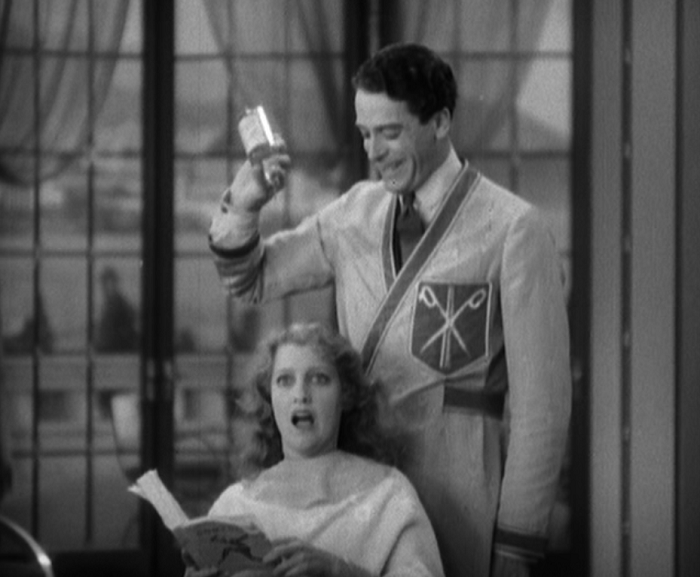 It takes much of the film for the Countess to count Rudy as a human being, let alone a heterosexual. Jeanette MacDonald is great in the movie, making Helene a splendid poor rich girl who lacks self control, much to her own detriment. MacDonald still humanizes a character who is often bratty, and she gets the most out of being able to be both desperate but powerful. And while Buchanan is no Chevalier (he’s certainly not as butch), his mincing playfulness and utter desperation come across as charming rather than creepy.

Lubitsch displays his usual visual cleverness. The movie opens with a wedding processional and ceremony across an open courtyard wrecked by rain (which is totally ironic, by the way), that indicates the foppish groom and the missing bride without uttering a word. One of the most notable motifs of the film is preponderance of keys and locks, starting with the film’s opening and up to a scene where Marlene hides key upon key to keep herself from physically giving herself up to Rudolph. 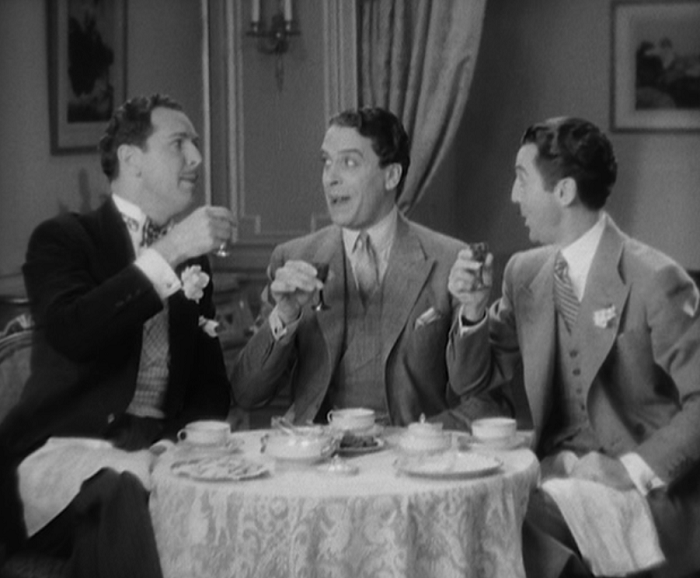 But Lubitsch is more than a visual artist, and he has plenty of fun with sound along the way. MacDonald’s first big number, “Beyond the Blue Horizon”, sees her optimistic song of hope as her train journeys toward Monte Carlo met with a chorus of eager and happy farmers out in the fields, adding a dimension of musicality to the outside world. One memorable bit during the number “Trimming the Women” (which sounds dirtier now than it probably used to be, and even then…) sees the three singers belting out a verse with their mouths full of food. And the film’s climax, set at an opera whose plot mimics that of the film’s, features some delightful pantomime and a wonderful subversion of the musical cliches sweeping the new talkie artform.

And then there’s the merely sly stuff, like the way that Rudolph’s head massages induce in Marlene orgasmic groans that certainly wouldn’t get past the censors a half decade later. While Monte Carlo isn’t one of Lubitsch’s great films which were merely in the wings at this point, there’s no doubt that he already had a handle on the budding musical comedy genre. As Rudolph says after watching the operetta finish on a final downbeat note,

Apparently MacDonald didn’t share the enthusiasm many film buffs felt for her early groundbreaking musicals. During a screening of Monte Carlo many years later at the Museum of Modern Art, she laughed openly at all the wrong places, so irritating the audience that an usher was sent to quiet her.

I love my precodes but can’t stand precode musicals. The gold diggers of 1933 is the only one I could stomach. The smiling lieutenant was awful.

Keep up the good work on your blog Danny! I always look forward to your emails!
Nancy

You’re breaking my heart, Nancy. But, yeah, if you didn’t like Smiling Lieutenant, stay far from this one, too.

Why are no dvds of films made by jeanette macdonald for sale in the UK.

Try Amazon. I’m in the UK. and have all Jeanette’s films!