Pack Up Your Troubles: Old Fashioned

So, during this whole ‘global pandemic’ doom and gloom situation we’re currently heading into the second year of, I have been struggling with my weight a bit. Like, I haven’t quite made it to Hardy’s level, but Laurel is a distant memory. And I know it got bad when I watched Pack Up Your Troubles last night and thought, “Doughboys? Mmmm, dough.”

Besides devolving into Homer Simpson for several unglorious moments, there wasn’t a whole lot left for me to do with Pack Up Your Troubles. Laurel & Hardy’s second feature film, it still feels like several shorts strung together. 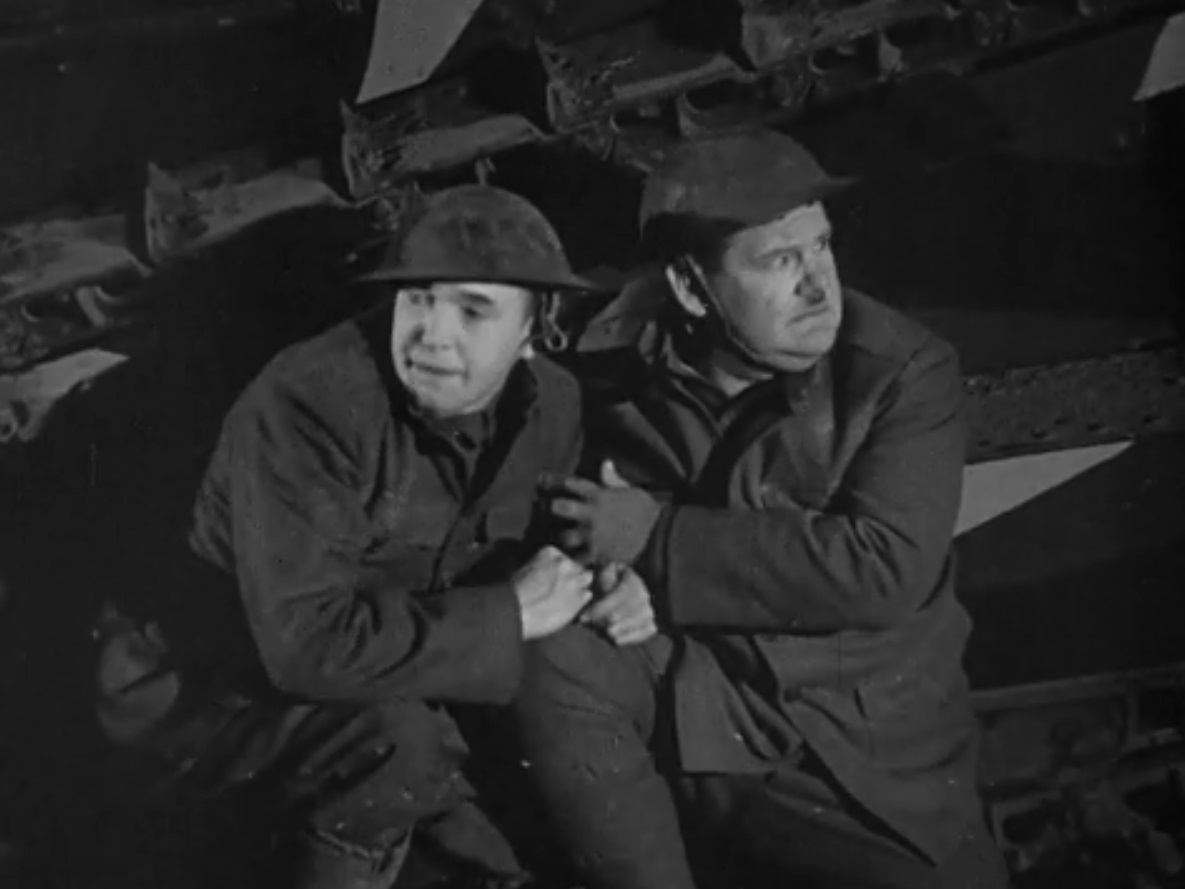 The boys get recruited into the army on the eve of the first World War and, believe it or not, Laurel and Hardy don’t mesh well with the army life. We’re treated to a number of humorous sequence, some of which may elicit a laugh or two. The two are put on KP duty and accidentally fill the general’s house with garbage. On the front lines, they’re forced to cross no man’s land and end up commandeering a tank by accident and rounding up most of the German army. Etc.

While overseas, their friend Eddie is killed by a German raiding party, orphaning his little girl back home. Duty bound, Laurel and Hardy head back to take possession of the blonde moppet and try and track down any stray relatives. Again, this goes about as you’d expect, including encounters with grumpy boxers and a very confused wedding party. 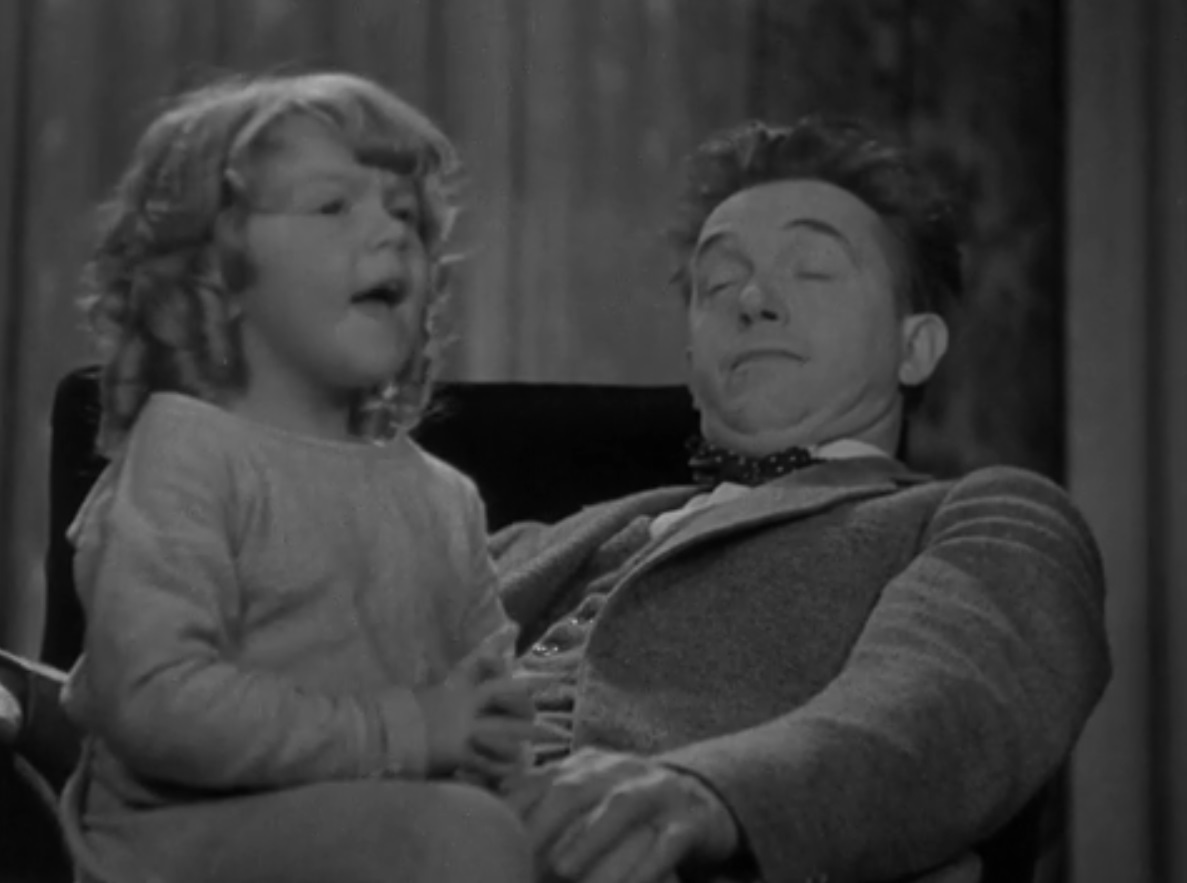 Eventually someone calls child services on the duo– can you imagine– and they are forced to rob a bank before desperately trying to abscond with the girl. Things work out by the skin of their teeth, even if this romp has some pretty dark undercurrents, from child abuse to murder poking in every so often.

Clearly made in the tradition of Chaplin’s The Kid, we’re seeing our two comedians put in the position of doting caretakers. And the few scenes that they play with Eddie’s little girl where she is a part of their lives are actually pretty adorable. The most famous sequence in the movie, where Laurel is ordered to put the child to bed and instead falls asleep while listening her tell a bedtime story, is warm and fuzzy and beautifully played to boot. 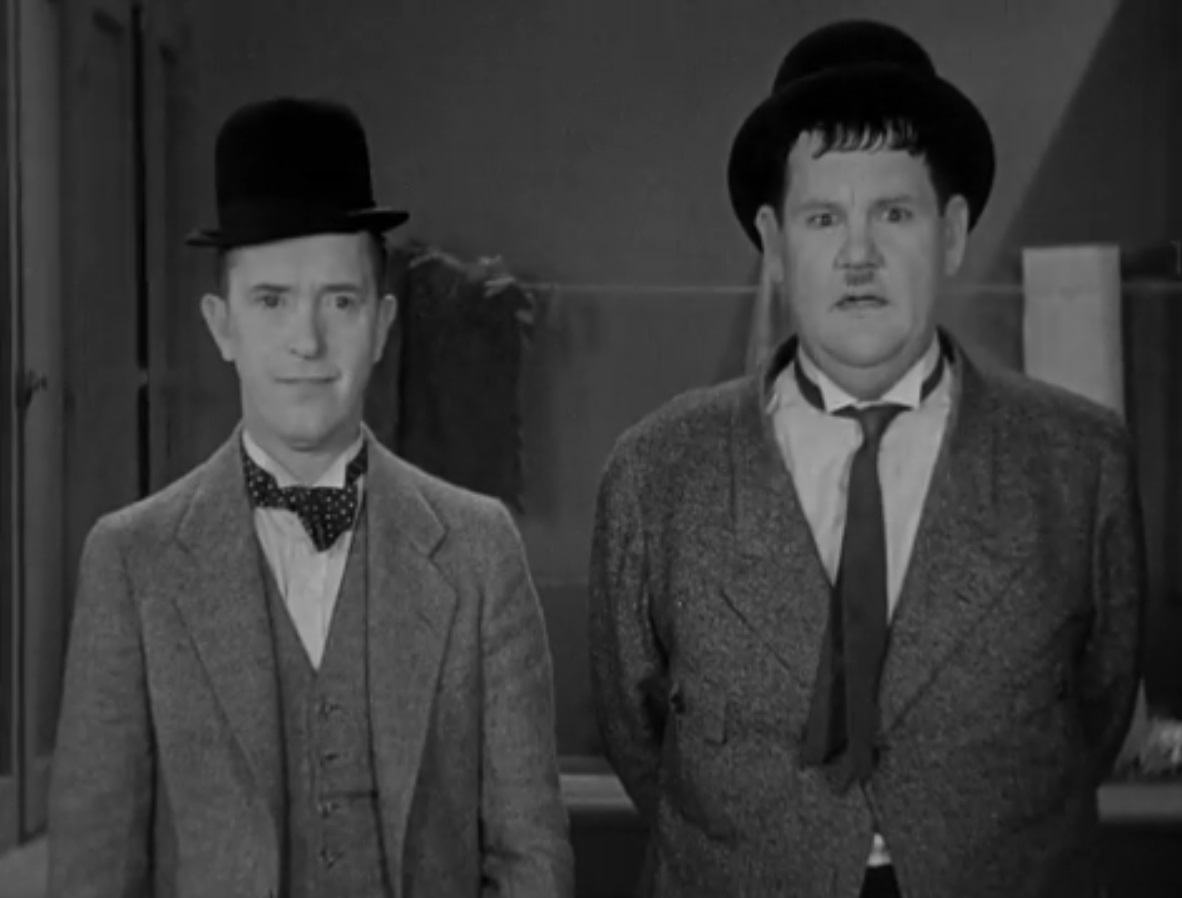 The rest of the movie feels disjointed. Some parts land, others don’t. The movie is much more pleasant than funny most of the time, though some of its dips into darker territory definitely leave you wondering just what Hal Roach and company were trying to get to. The relationship between Laurel and Hardy and the little girl is pretty bare bones outside the aforementioned sequence, leaving you wishing there was more meat on its bones. More sweetness in its sauce. More chocolate on its ice cream.

One Reply to “Pack Up Your Troubles (1932) Review, with Laurel and Hardy”