The Solitaire Man: Shut Up and Deal

“The whole world’s on a raft and not all of us can have oars.”

The Solitaire Man is a cheapie, but what it lacks in thrills it makes up for in character. A bit like a sixth graders version of what Herbert Marshall as a jewel thief should be, we follow his Oliver Lane– a World War I vet– along with a beautiful girl Helen and a crusty old maid Mrs. Vail as they work their racket but yearn to get out of the business. Opportunity finally knocks until a murder points the finger at Lane and they must flee France. 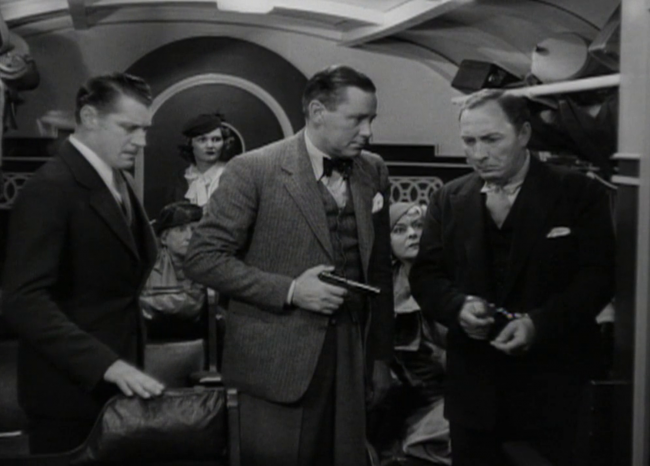 The second half of the film takes place in real time on a cross-Channel flight as the band of thieves attempts to escape the country. There are a pair of other passengers there, too, including a high spirited American, Mrs. Hopkins, and a quiet, knowing stranger named Wallace. It quickly becomes a negotiation between the thieves and the other passengers over who knows what and just what’s waiting for them when they land in London. It’s not much of a mystery (Would it really have killed them to put two disingenuous, suspicious people on the airplane?), but the uniqueness of the real time gimmick is attention-grabbing for the era.

There’s a nice quiet frustration in the interplay between Atwill and Marshall, elevating the many obvious twists and turns. One favorite moment comes as Marshall searches his foe to try and unravel his identity. Pulling out one telegram, he eagerly reads it over, before almost groaning. “Amazing love life, Wallace.” Atwill smiles with all his teeth and let’s out a quick, “Think so?” 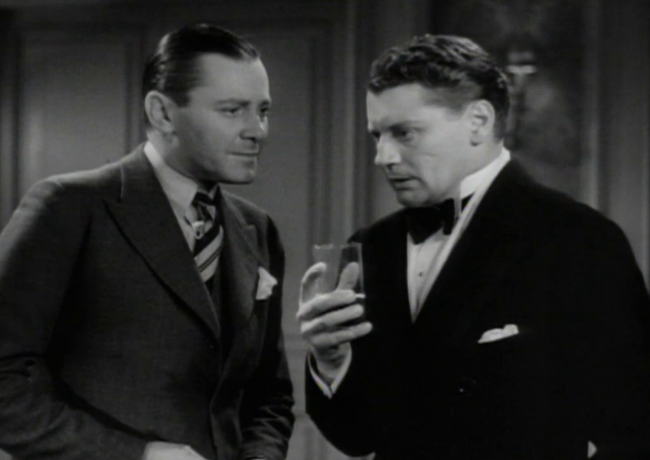 One other fun part of the movie is its interpretation of air travel. How accurate is it? It can’t be that accurate– it’d be absolutely terrifying. In this film’s view of flight, the passengers can pop into the cabin and talk to the pilots at any point. Passengers also control the lighting of the plane and the door that opens to the outside of the plane– that one that keeps popping open. Really, not even a latch? There’s also a gun on board, and, well, at least there’s a cup for any airsickness that pops up. The biggest howler comes near the end of the flight, when Herbert calmly suggests to Helen, “Better sit down while we’re landing.” Imagine casually tossing that one off next time you’re on a plane.

But what I liked most about the film is how carefully constructed the backstory is without resorting to flashbacks or being extremely explicit. The connections all relate to the First World War, and its presence looms over the cast. Besides how most of the gang connected after one ugly battle, even the biddy on board touts her war efforts with pride. There’s a deep frustration charging all of this, a failure that the end of the war should have promised. Instead, they only have each other, flaws and all. I’m just going to steal a line from Cliff’s review that sums it up perfectly: 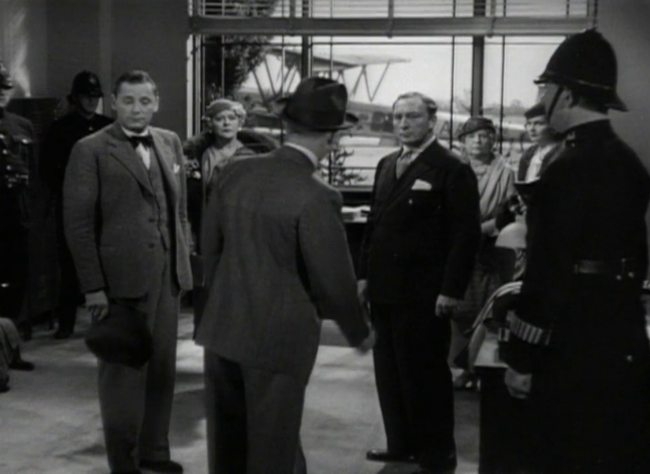 The acting is fine and helps elevate the thin material. Marshall is clearly still buzzing off of Trouble in Paradise, and Robson is all tuned up after Lady for a Day. Ralph Forbes has a wonderful turn– he’s unhinged in a way he usually doesn’t get to be and plays it to the hilt. The best part of the picture may be Mary Boland’s brash American, who is more than happy to join a conspiracy just because someone is a dick. Amusingly, Boland’s biddy is subject to the repeated line “Needless to say, you’re an American” whenever she opens her mouth. Us Yanks get no respect.

The Solitaire Man is interesting rather than thrilling and amusing more than funny. But it’s unique– it’ll give you ideas for better movies and maybe even make you realize just how distant the past can be. Not intentionally, but the film is kind of a cool curio all the same.

What follows is not exactly a case of Boland eclipsing Marshall. Given little to do but talk at greater and greater length, Marshall seems to fade into invisibility and Boland’s liveliness and gusty comic interjections rush in to fill the vacuum. So emphatically does she rescue the film that you wonder she didn’t have to join the Red Cross as well as Actors’ Equity to participate. While the others wring their hands or, in Marshall’s case, try to exercise such wits as he can muster to wriggle out of a very tight spot, Boland tees off on the social myopia of the woman who thinks she’s an empress, based on the fact that her husband is the head of the biggest bank in Peoria.

In a role that had become a stock figure ever since Mark Twain published The Innocents Abroad (1869), Boland doesn’t so much work her character’s indignation as register amazement that the rest of the world doesn’t share her sense of entitlement. It radiates outward from her cowed husband, who desperately follows her in another plane he hired, hoping to outrun her righteous wrath. Boland played her share of snobs, but here she benefits from the fact that her character is surrounded by snobs, and she’s completely oblivious to the fact that they find her boorish and provincial. A very practiced and accomplished turn from a skilled pro!