Twenty Million Sweethearts: And One Detractor

“Is annoying people your life’s work?”
“Nah, it’s just a hobby.”
“Why don’t you take it up seriously, you ought to do very well at it.”

Perhaps you’ve been watching a lot of pre-Code movies lately. Maybe you even caught one of Busby Berkeley’s musical splendors, like The Gold Diggers of 1933, Footlight Parade, 42nd Street, or Dames. And perhaps after having viewed one of those movies you thought, “boy, I liked the actors, but I really wish they’d ditch the good jokes and fancy dance numbers and just focus on the plot.”

Well, boy howdy, if you’re that person, today’s movie was apparently designed for you. 1934’s Twenty Million Sweethearts grabs a still-crooning Dick Powell and puts him through the rags-to-riches-with-a-song formula we’ve seen (many times) before, only this time pretty much all the fun parts have been stripped out. 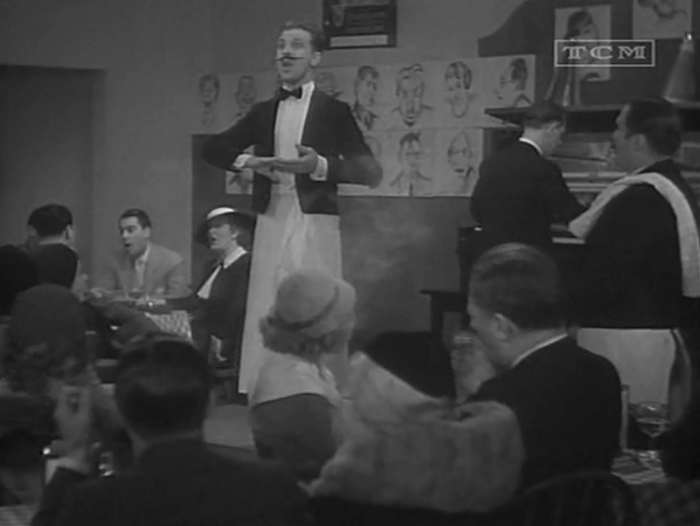 You may also be able to see the fetid corpse of cinematography rotting in the corner if you look hard enough.

Back to the beginning, though, so that we may count our woes as they spring up. Pat O’Brien plays a lousy talent scout named Rush who’s discovered some of the greats. He’s been on a long tear of just wasting company money when he enters a restaurant and finds Clayton (Powell) performing a novelty act while singing “The Man on the Flying Trapeze” (a song which was apparently getting a bit of a workout between this and It Happened One Night in ’34). Entranced by the kid’s plucky act and all the girls who fall at his feet, Rush sells Clayton’s car and takes them to New York.

There the two boys enter into the world of radio. Radio, as hard as it is to imagine nowadays, was the chief rival of motion pictures at this time, and studios enjoyed poking fun at their competitors. The radio personalities on display include Alan Jenkins as Uncle Jack, a kid’s show host who detests children with a fiery passion. There’s also ‘The Cinderella Girl’, a singer named Peggy (Rogers), who loathes having to work under a pair of petty tyrants– the radio boss and her sponsor.

Rush and Clayton show up, and while Clayton moons over Peggy, Rush gets Clayton an audition. Unfortunately there aren’t many people who are willing to invest heavily in a guy who sings “The Man on the Flying Trapeze” with exaggerated facial expressions on the radio, and things look grim until they realize that Clayton, singing Jack’s songs, is a romantic crooner at heart. 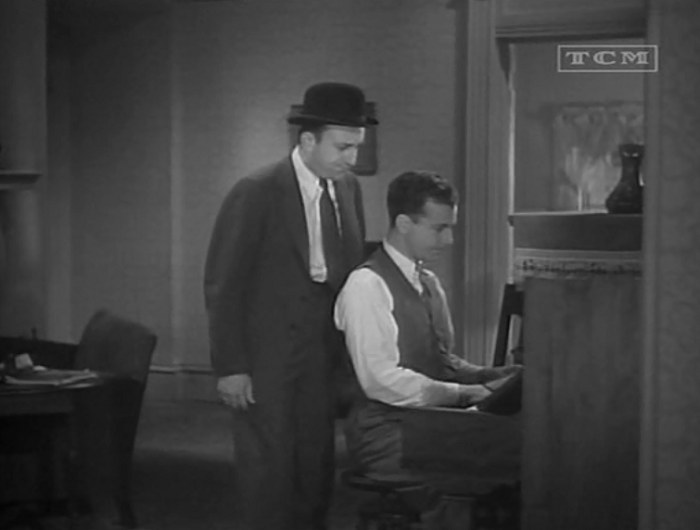 So Clayton makes it to the top and he and Peggy are about to get married when a complication arises– his bosses don’t want him married, otherwise all those sweethearts in the dark may lose interest. So many more complications involving faked affairs and lies and deceit keep happening until Clayton is washed up and Rush, chief architect of all that, realizes that betraying a schmoe like Clayton ain’t right. So he fixes things up, Clayton and Peggy embrace, fade to black, the world has ended, all’s right in the world.

There’s a lot in Twenty Million Sweethearts that makes the film an interesting time capsule. For example, the opening montage of different kinds of radio sets tuned to different radio stars (or impersonations of such) is really quite great, and demonstrates the reach and verisimilitude of radio programming that’s all but forgotten today. There’s also several musical numbers with the Mill Brothers, a black singing quartet, which are visually played straight but peppy and lively.

And that’s about it. Yes, the highlights of this film are the parts that don’t involve talking. 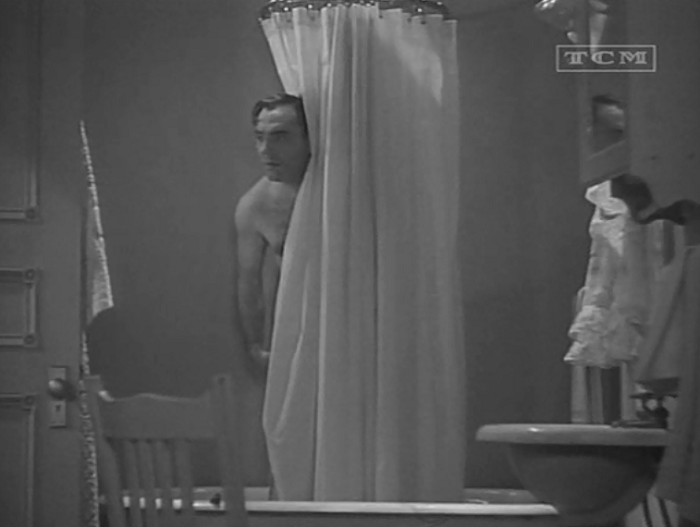 “A lousy review! Why I never!”

The film’s all star cast meets a rather ignoble fate here. Reliable comedians like Powell, Rogers, Jenkins, and even O’Brien are left out to dry with material that feels more suited to a community stage production. There’s no verve to any of it, and because the musical numbers are rarely included in the plot, they feel tacked on. The film also manages to last eighty minutes, an eternity for such a flimsy set of circumstances.

O’Brien, one of the more sensitive mugs of the era, feels wasted as a fast talking slickster that is much more in the Cagney mold than his own. He spends most of this one seeming more dim for all of his bad decisions than smart, and considering that Clayton is mostly a parrot following him around, there’s no heat to any of it. About the only interest O’Brien brings is his ability to suggestively chomp a cigar whenever Rush looks interested, intrigued, or otherwise keen to put something big and thick in his mouth.

Powell is still the nice guy here with nary an edge to look for, and Rogers, while precocious, is barely given two adjectives to rub against one another. The only supporting player with any heat is Alan Jenkins, if only because Alan Jenkins can make hating children a hoot even in his sleep. 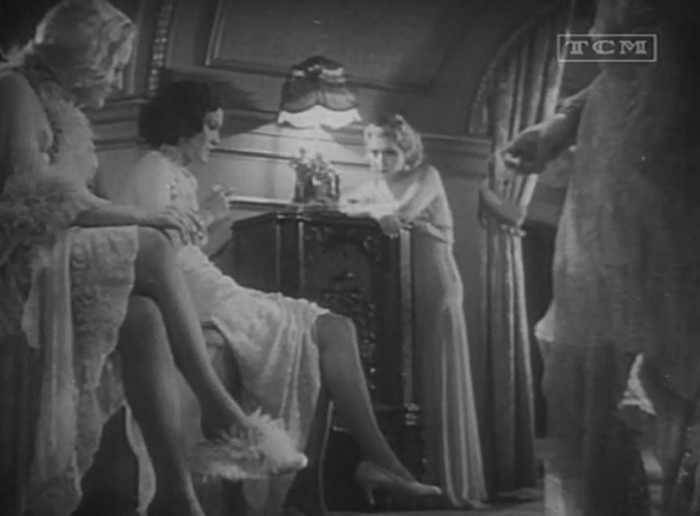 The movie also gets cheeky and referential at several points. This can be a fun thing movies do, namedrop each other. For example, here we have James Cagney, Edward G. Robinson, and Joan Blondell all tossed a bone, while there’s a joking mention of “By a Waterfall” which Powell performed back in Footlight Parade. I said this can be a fun thing. Here it’s all a reminder of how damn interminable Twenty Million is.

Throughout Twenty Million Sweethearts, I could never shake the feeling like I’d seen it before. Hell, maybe I have; the same story’s easy enough to recycle that it probably got in on the yearly rotation at some studio or another in the 30s. It may be one of the more aggravatingly dull movies I’ve seen out of all movies I’ve seen, and that’s a lot of movies. 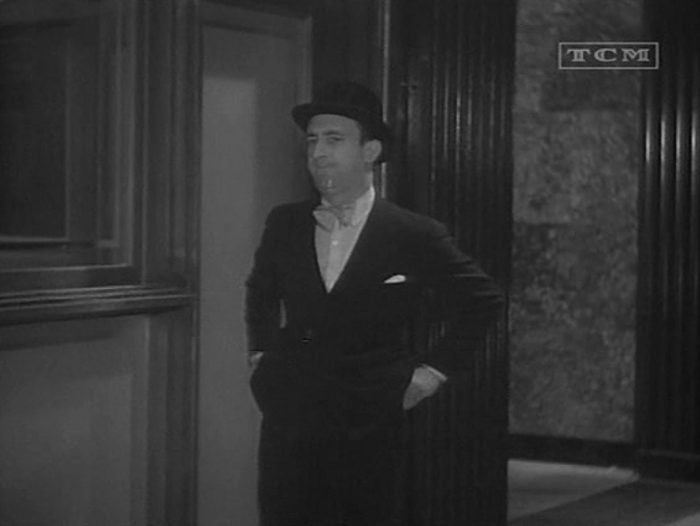 Yep, let’s boogie out of here.

The loan-out was hardly a problem for Rogers, who knew that screen exposure in a variety of films was the ticket to stardom. In addition, the film provided a reunion with Powell, whose talent and good looks had impressed her when he played banjo as part of the orchestra for a singing engagement she had in Indianapolis. At the time, she had thought his good looks and youthful charm were a natural for the movies and was happy to find her prediction come true when Powell quickly hit the big time as the star of several lavish Busby Berkeley musicals at Warners.

Shocking to think that a movie could have Dick Powell, Ginger Rogers, Pat O’Brien, and Alan Jenkins, and be bad. That makes me sad.

Just a couple weeks ago, I think, TCM showed a couple 1934 movies that I watched over Thanksgiving Break. Kansas City Princess, starring Joan Blondell, Glenda Farrell, Robert Armstrong (hilarious in a kind of Nat Pendleton type part, the dangerous but lovably dumb hoodlum who turns out to have a heart), and Hugh Herbert, in a part that I actually *liked* him in–not moronic or priggish or addled, like he usually plays. It was very good.

But the second was Teh Awesome. I’ve Got Your Number, starring Joan Blondell, Glenda Farrell, Pat O’Brien, Alan Jenkins, Eugene Pallette, and in a very small role, Louise Beavers (later to become Andy Griffith’s Aunt Bee, though I confess I didn’t recognize her. This movie was the real McCoy, funny and rattat fast, and definitely Pre-Code. What brought this to mind was you discussion of Twenty Million S’Hearts as being a timecapsule of the technology of radios at the time. I’ve Got Your Number does the same thing with telephones.

I mentioned Number being Pre-Code. O’Brien and Jenkins are troubleshooters for the phone company. On one call, they’re sent to install longer wires on the phones at what turns out to be a bordello. The reason they need the longer lines? Because they can’t reach the phones from the beds.

Wow, that sounds hilarious. I’ll definitely pop that one up on the list!

Just finished watching it. I’m a sucker for Pre-Code Warner flicks, but all I can say is you nailed it in this review. Yawn.

Pretty much. Compare this to something like Professional Sweetheart, and the difference is just astounding.