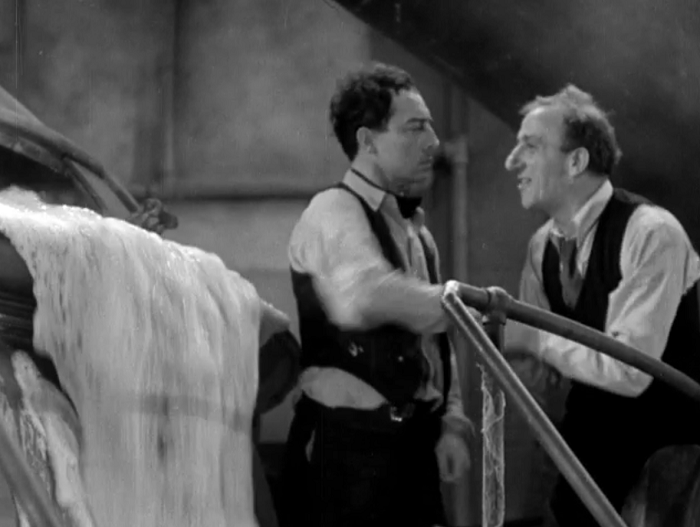 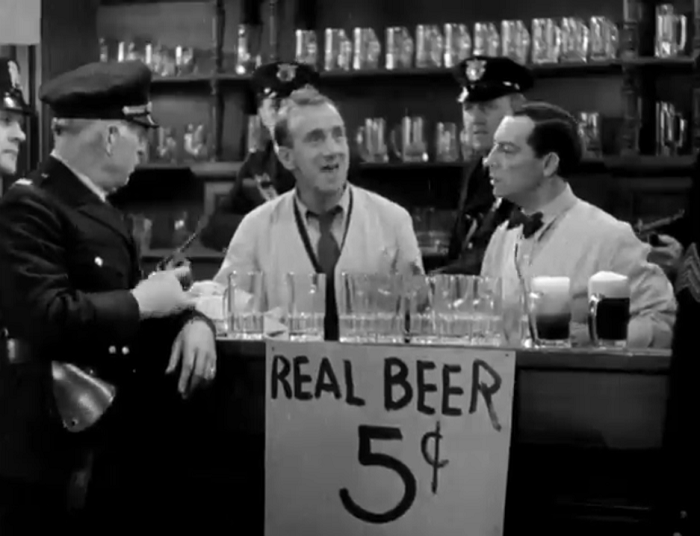 Step right up, this is cheap as hell! 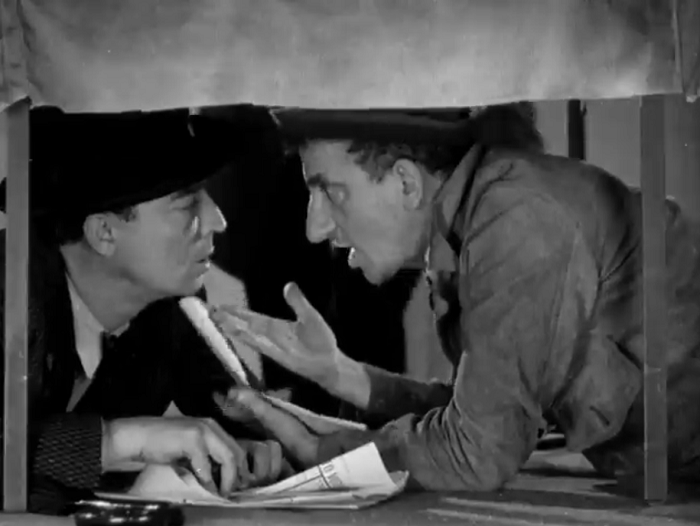 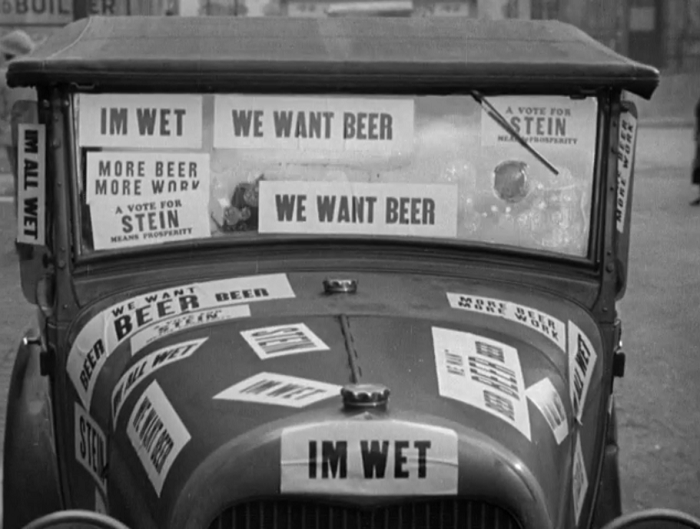 Just to be sure everyone is up on the lingo: ‘Wets’ are against Prohibition, ‘Dries’ are for it. Here is a car with a lot of bumper stickers declaring fondness for alcohol. 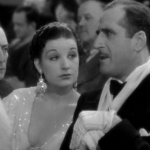 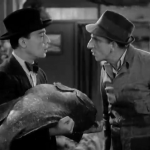 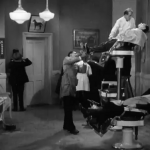 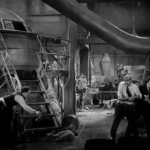 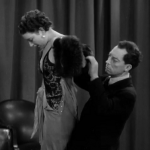 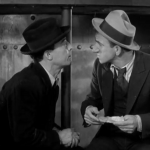 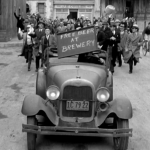 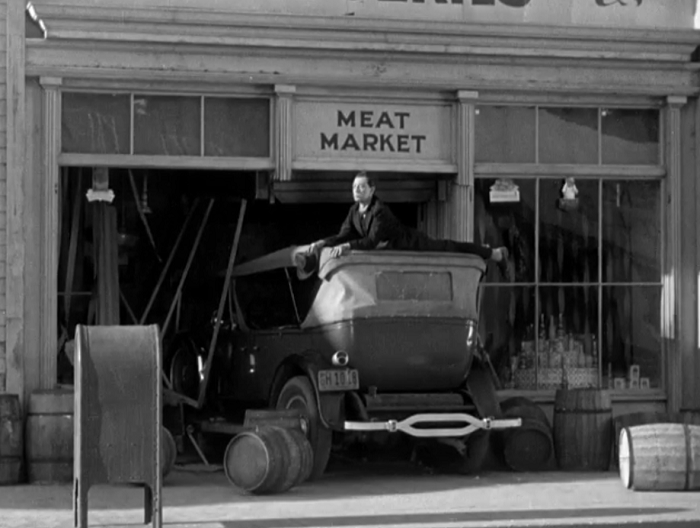 And so he rides gallantly off into… uh, the meat market.

Sadly, I agree with your assessment of this movie. I saw this film once and I can honestly say this is one Keaton film I never want to see again.

I saw that it was on Warner Archive Instant, but the Keaton biography I read recently panned it, too, and your review confirms my plans to skip this one! Thanks for suffering through it so the rest of us won’t have to.

Thanks Jennifer! In retrospect, I may have been better off just posting “SAVE YOURSELVES” than a full review.

The 3 Stooges also pulled that running-from-the-beer-kegs routine sometime after this.

That doesn’t surprise me; a lot of slapstick routines kept getting ‘borrowed’ from each other. If the Stooges were anywhere around MGM at the time, Buster may have even been the one to suggest it!

As a hardcore Keaton fan, this movie is depressing to watch. Nothing like seeing your favorite filmmaker at rock bottom in an unfunny, obnoxious monstrosity. 🙁

My wife loves Buster Keaton. I will not show her this movie.

Anyone know the location of the rampaging beer barrels scene (shown in the GIF)?

That’s exactly the question that led me here today Tovangar.

The best thing about this film is that Hirschfeld did the poster art. You can see it here: http://www.alhirschfeldfoundation.org/search?keywords=WHAT%21%20NO%20BEER

Well, a few days after asking where the barrel scene was filmed I find this in my inbox:

The scene was filmed at N. Mountain View Avenue and the 2000 block of Court Street in Los Angeles. Anybody interested in old film locations will REALLY enjoy John Bengtson’s “Chaplin-Keaton-Lloyd film locations (and more)” on WordPress.

Late to the party here, but I checked out the corner you mention on Google Street View, and it looks like that’s definitely the place. One of the houses on Court St. is still there!