How dare they. It’s 1930, First National is making a serious drama about some overly complicated prison shenanigans, and do you know what a major plot point is? Donut night. One night a week, a nice lady at the local farm makes all the convicts who work the road crew donuts. And all they talk about is donuts. Like a quarter of this 70 minute movie is people just rambling on about donuts, being worried that they might not get a donut, and then, finally, gnoshing on some fresh donuts. 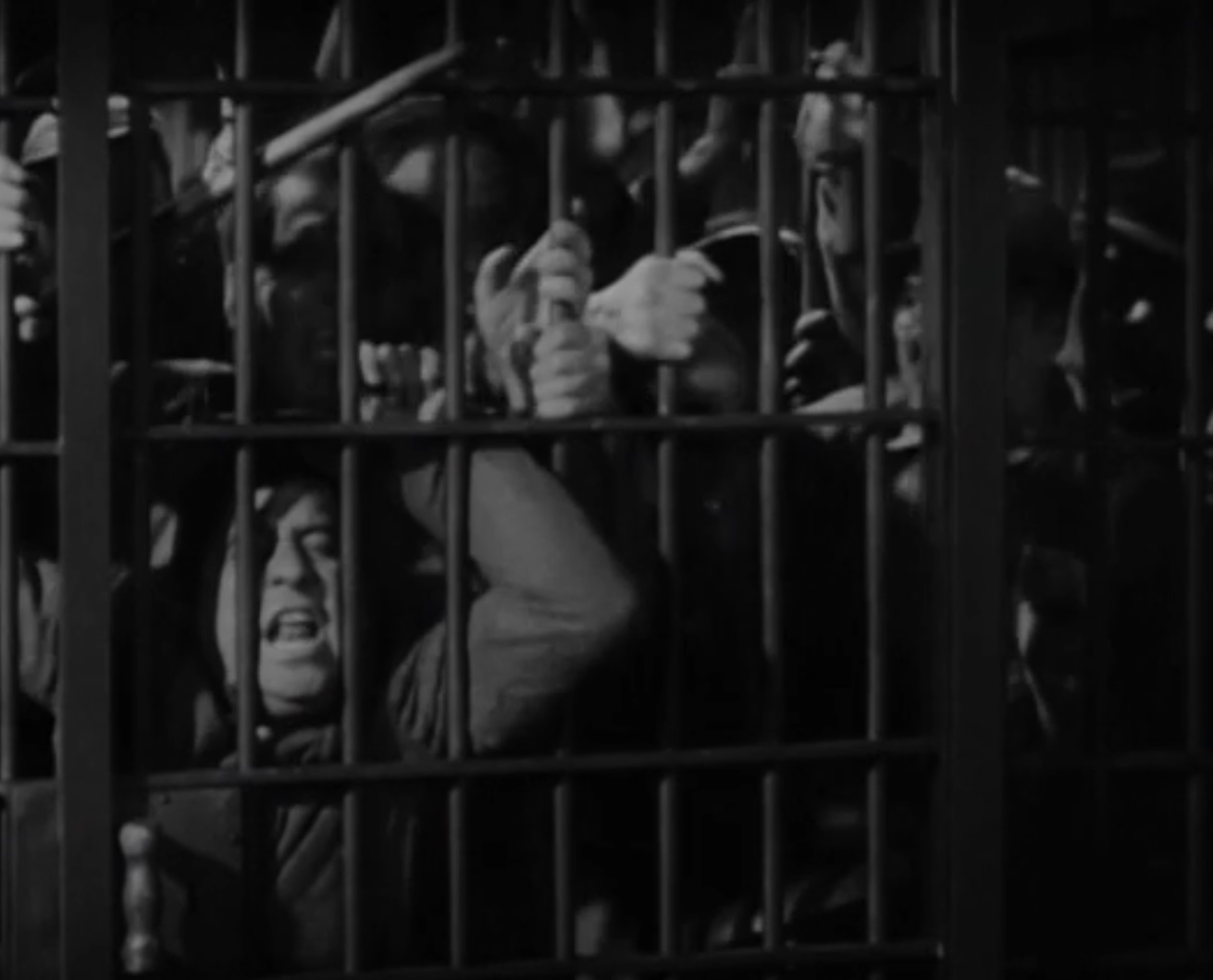 Okay, okay. Numbered Men is a mess of a film. One of the numerous 1930 releases that had its musical numbers excised after the genre became box office poison that year, the resulting movie is tonally all over the place. There is a prison riot and breakout, with one escapee an unhinged murderer intent on killing his romantic rival and raping the woman he is infatuated with.

And there is donut night. The prison here, Stoneyhurst State Penitentiary, is a pretty nice place on the face of it. The prisoners, such as Duke (Nagel), get to hang out in the Good Conduct room filled with radios and records and books. The only noted downside is that all of the pictures of women have been ripped out of the magazines. One convict notes with frustration, “Someone even torn out a picture of Ben Turpin!” 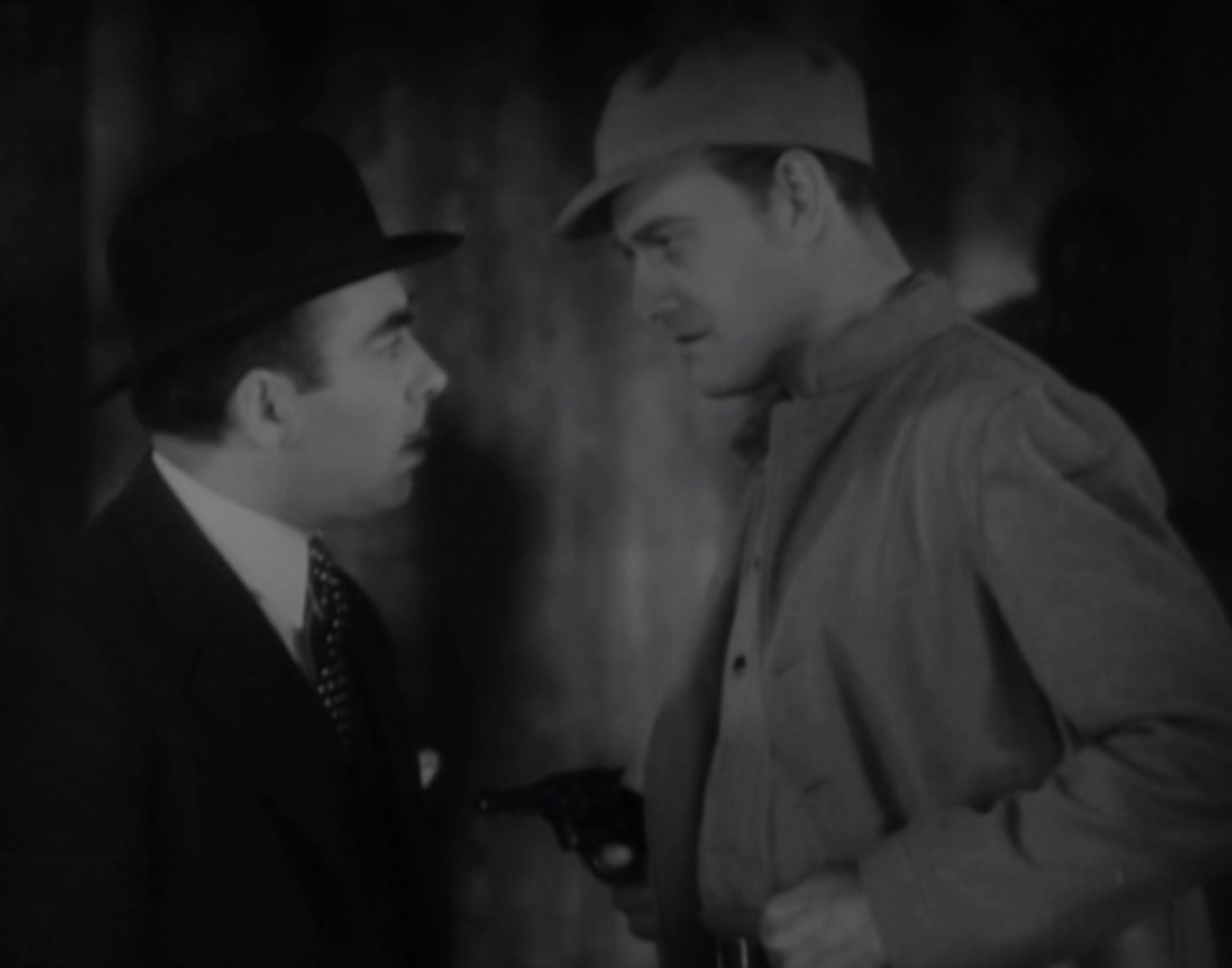 Into this cozy atmosphere comes King Callahan (Ralph Ince), who used to team up with Duke as counerfeiters. He’d also been behind framing Ben (Hackett) for his crimes to try and get with his girl, Mary (Clare). Mary promises to wait forever for Ben, but a decade without him starts to feel a bit lonesome.

She comes up with a plan. You see, all those convicts who are labeled as having good conduct get to work on the road crew, where they swing a few axes and then get to lounge around and eat donuts and cookies at Mrs. Miller’s farm. They even play craps, betting donuts with one another. Frankly, this took me back to my days at Boy Scout camp, though we probably got fewer sweets, and, unlike the inmates in Numbered Men, we were not given free reign access to guns and dynamite. 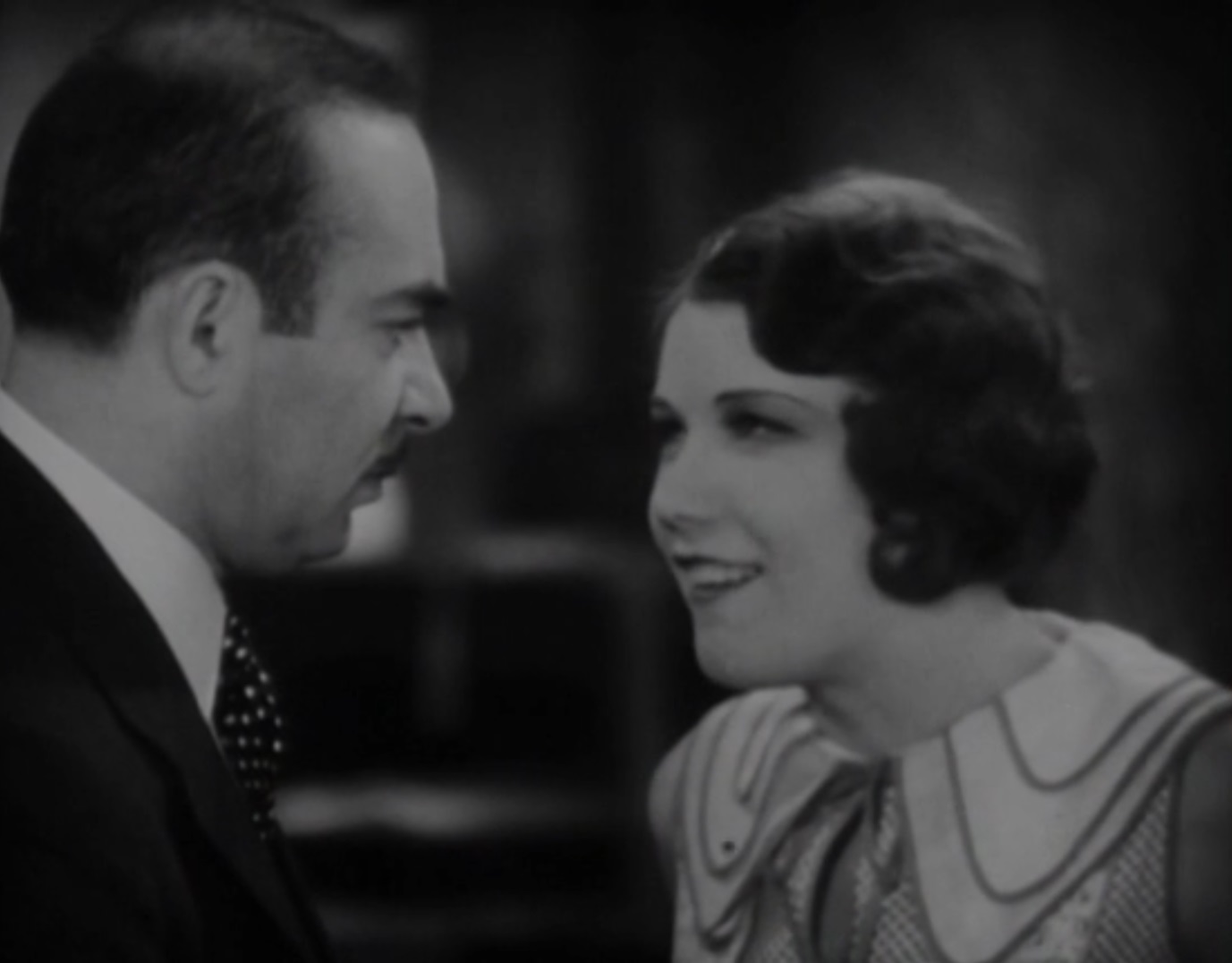 Mary hatches a plan to work at Mrs. Miller’s farm so that she may see Ben and encourage him to go on the lam with her. Bernice Clare sells the hell out of these parts of the film, really working out the frustrations at being trapped in a monstrous situation. But the plot unfurls, with King Callahan staging a jail break so that he, too, can go to donut night, and also murder Ben and rape Mary. But I think we can all agree on how important donut night is to the whole thing. Duke must eventually step up and go so far as to admitting to his part in getting Ben thrown in prison, even if it means he has to spend another 10 years behind bars. You know. Chillin’.

Director Mervyn LeRoy does make this film look a bit better than your typical output in 1930, figuring in plenty of long shots and closeups which at least work to pull you in a bit. He’s countered with a script that is almost entirely endless exposition– the movie has maybe five characters too many– so you’re just left with talk, talk, talk and then some harmonica too, why not. 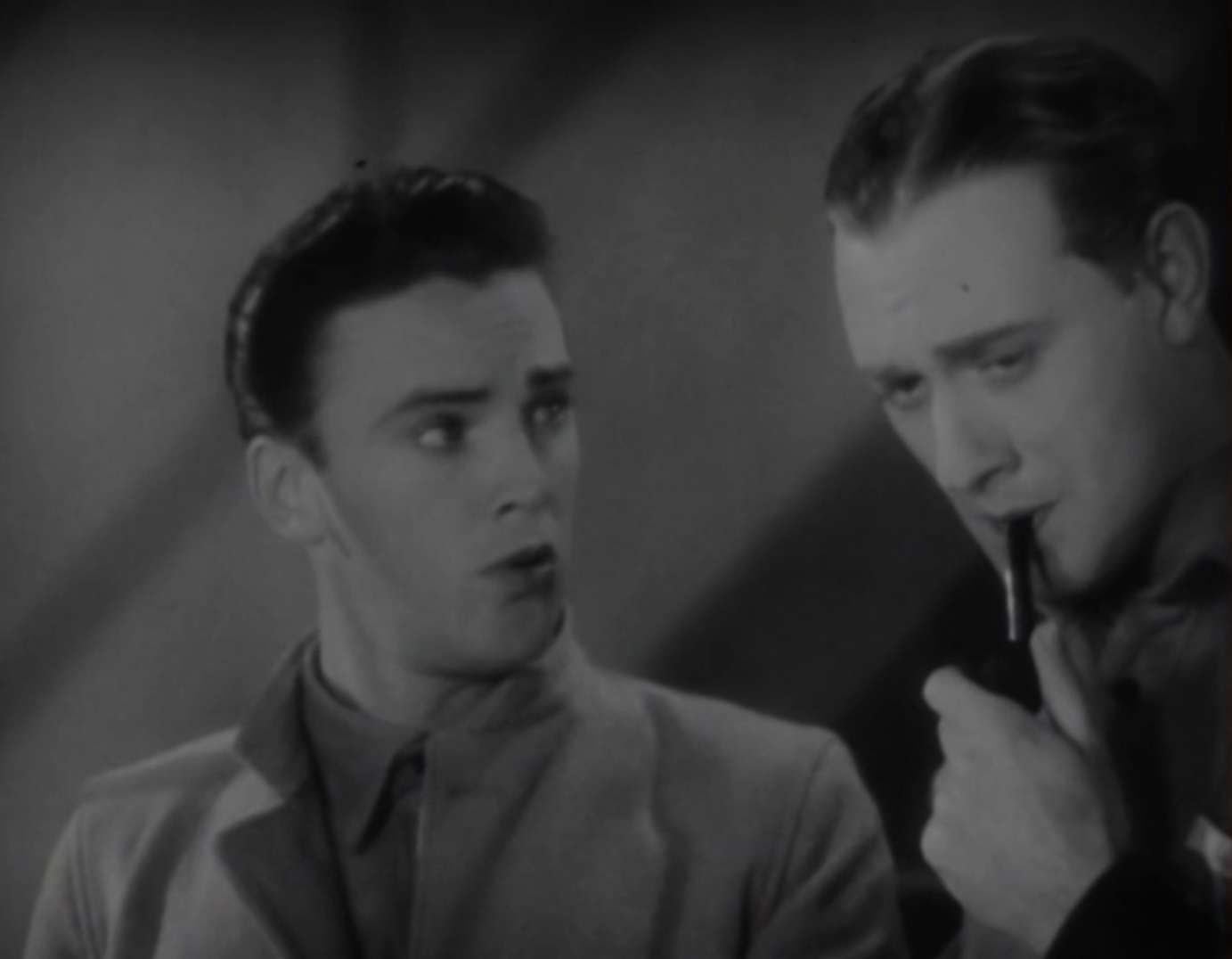 The film is an interesting case study in how sound design evolved from its earliest uses. Take, for example, the men working on the road where all you hear are pickaxes and digging noises– no voices or other natural sounds and especially no music. It’s pretty stark, even though that’s clearly not what they’re trying to convey. That’s just how the technology worked at the time.

Conrad Nagel plays the lead, Duke, and it is a howler of a part. Though supposed to be a kind-hearted but gruff leader of the convicts, Nagel plays him like a pipe-smoking dad from a 1950s sitcom. I was wholly expecting him to start referring to other characters as “old bean” or “my good fellow” constantly. 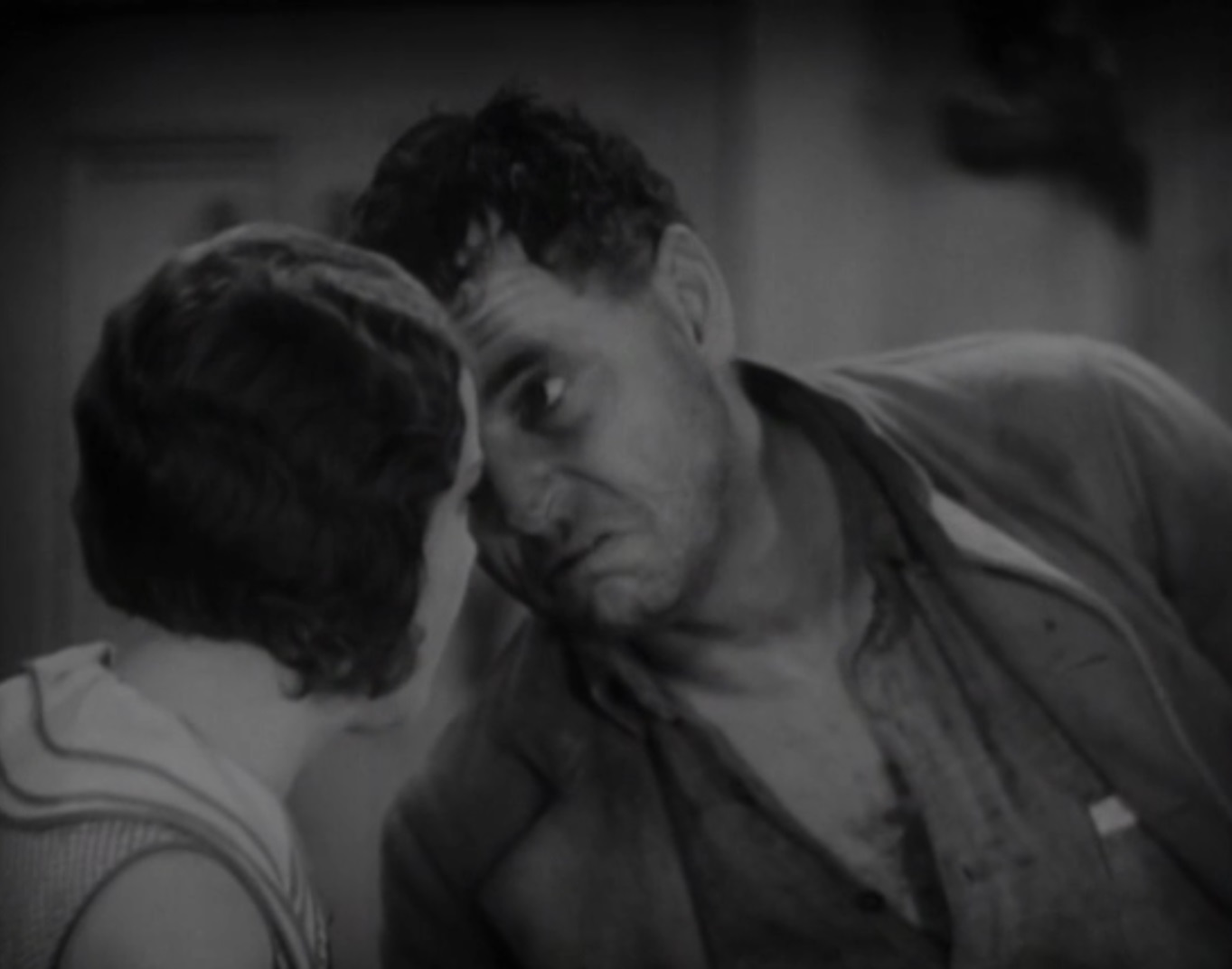 This miscasting becomes especially unpleasant as the film climaxes and Nagel is forced to stand up for ‘the honor system’ where the prisoners get their liberties, begging the Warden (William Holden, not that one) to let them continue to have donut night and cookie day and listen to the radio… it’s a stunning amount of bootlicking.

Just as a reminder, for those of you who are confused at this point, a “Like” from me does not denote that the film being reviewed is a good one. Numbered Men is awful, all-thumbs filmmaking at its cheesiest. I actually left out about a half dozen other characters just so you too can experience the fun of trying to determine what the moral of this one is, besides, of course, the unbridled joy of donut night. 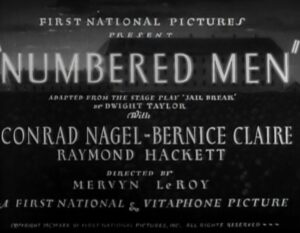 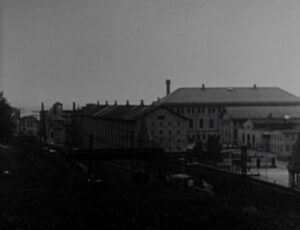 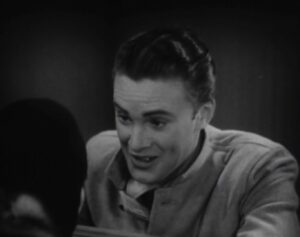 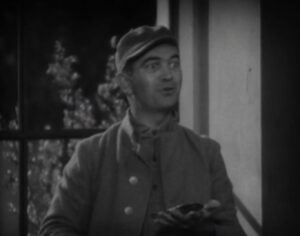 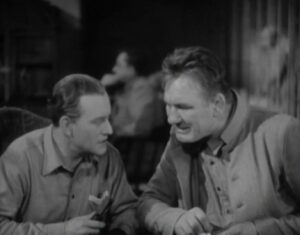 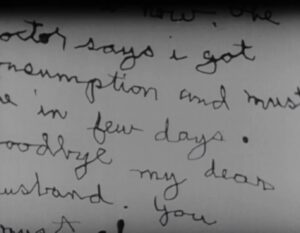 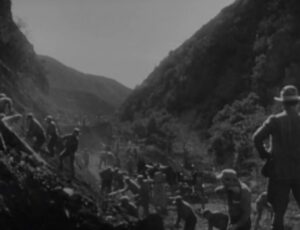 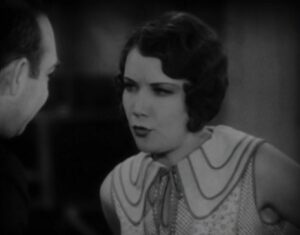 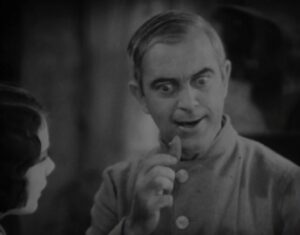 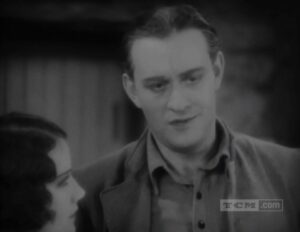 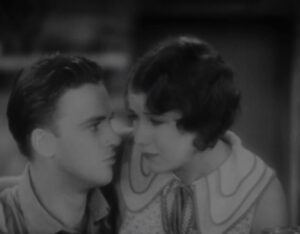 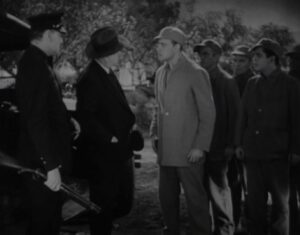 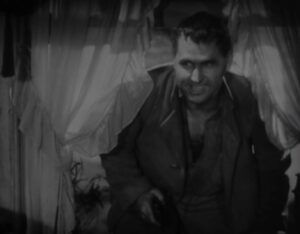 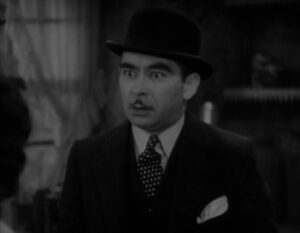 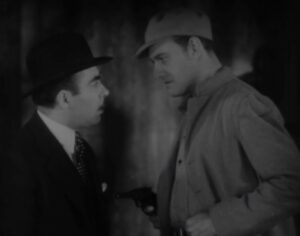 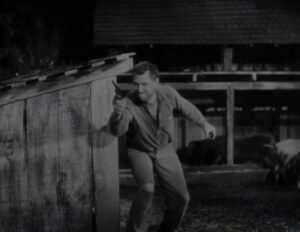 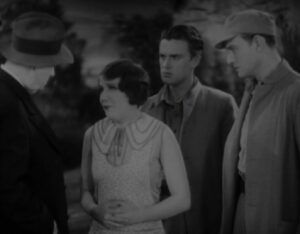 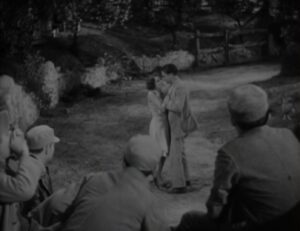 You’d think that a film with that title might explore the theme of imprisonment reducing individuals to just numbers. Indeed, the opening credits refuse even to give the names of the key characters, referring only to their prison numbers (which aren’t used at all once the movie gets under way). And then there is this extraordinarily bombastic introduction: “In God’s glorious sunshine, everyone and everything bears a name. It is man’s birthright – yet behind pitiless walls, built with bricks of shame, there exist humans – with names long forgotten – now known only by numbers.”

It’s at that point that they must have fired the first screenwriter, and we move instead into a love story and a bit of a dalliance with the ‘honor system.’ And if they didn’t fire the set builder too, they should have, because all of the prison scenes look like they have come straight from a movie lot.

My first thought when I saw Conrad Nagel playing a jailbird – I’ll bet he’s the best dressed con in the yard.