“There are two kinds of people. The ones ‘in’ and the ones ‘out.”

“Anything is easy for a woman.”

Clarence Brown’s Possessed is a breath of fresh air, an idea I normally don’t associate with movies in the ‘fallen woman’ genre, which usually end in death, disappointment, or, if you’re lucky, a woman’s highly successful children prosecuting them for murder. 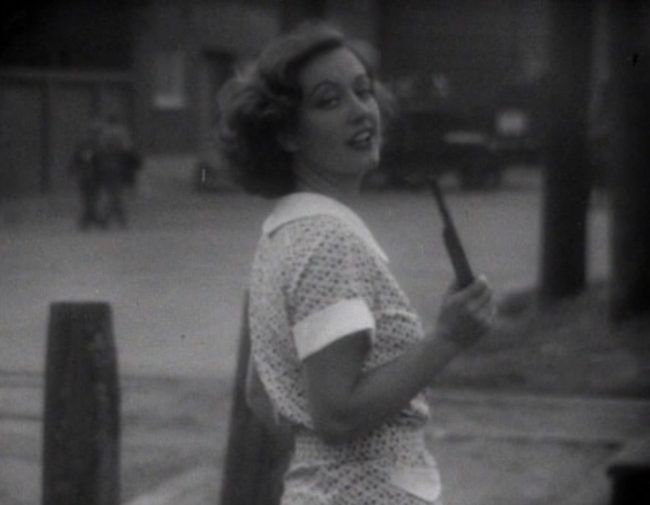 Not that she would stab anyone.

We start with Marian (Crawford), a small town girl working in a cardboard box factory, setup for a life so bland it almost verges into satire. She’s pretty much doomed to be stuck with Al (Wallace Ford), one of those guy who has substituted a chip on his shoulder for a personality. Watching the trains come in one day, she catches the eye of a sauced socialite named Wally Stewart (Skeets Gallagher), who offers her a few bon mots and champagne. The pouring of his champagne is contrasted by a bowl of Al’s melted ice cream; there’s a difference between ‘pop’ and ‘plop’.

Marian pulls up stakes and heads to New York to reunite with Stewart, who is annoyed that anyone would take anything he says at face value. Coated in a nice layer of snappy dialogue (“The East River is full of girls who took advice from a man like me.”) we watch as Stewart tries to pin down Marian’s sob story:

“Now don’t tell me you don’t have a dear old crippled grandma.”

“And you’re not putting your old man through college?”

“And you don’t have three orphan nieces starving for bread?!”

“And what are you here for?”

It’s a refreshing, liberated moment. But she’s honest; she wants money, and, in 1931, that means a man, and she’ll do anything to snag a rich one. That’s when Stewart’s straight-laced friend Mark (Gable) waltzes in and is instantly smitten with the woman who tells him immediately that she’s after him for his money.

We flash forward a few years and Mark and Marian are in close syncopation. The only catch? They haven’t gotten married. Mark won’t propose, worried that he’s setting himself up for a massive public-relations fiasco if the relationship then does go south. Yes, the most powerful man of the film is terrified of intimacy and embarrassment– and Marian is just content to be in love. 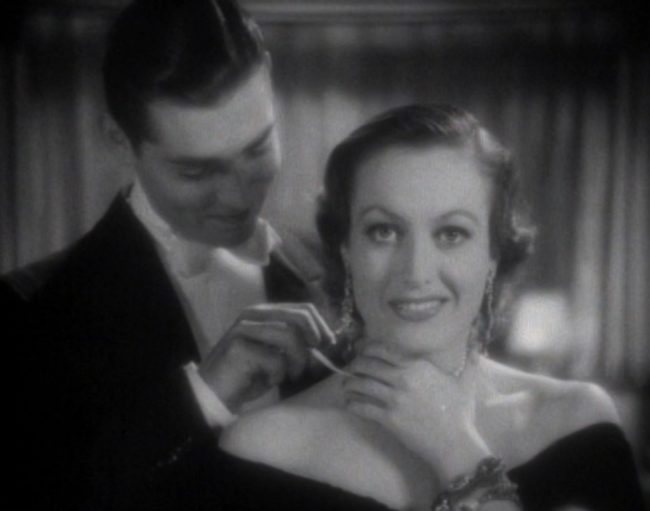 Nope, no important visual cues in this act.

Things change sharply, suddenly, as Al reappears, richer now and assuming he can pick things back up with Marian since he has a little coin and Mark’s help. When the possibility of Mark running for governor comes up, Marian’s position is in even more peril. Does she give up the man she loves to force him to assume his destiny? Or does she hold onto her own desires?

Mark’s vulnerability is an interesting thing throughout the movie, as Gable plays him as a man with a romantic streak but who must be essentially a robot in all other regards to life. Success is achievement without notoriety, something he has a hard time grappling with. His breakdown at the film’s end, when he realizes that Marian deceived him about just using him, works extremely well. That’s because while he’s been built up on a man clearly geared towards greatness, we fully believe he loves Marian more than his tattered political career, and that he would have gone to her regardless. That’s a hell of a balancing act, and the movie pulls it off nicely. 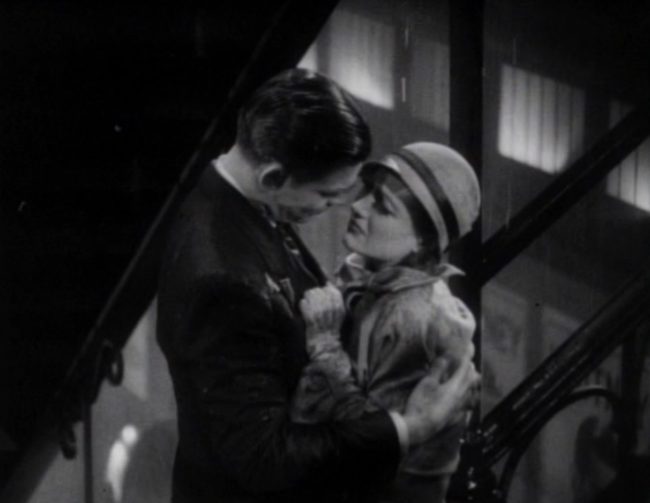 “It doesn’t take much to see that the problems of two little people don’t amount to a hill of beans in this crazy world.”

One really enjoyable thing about the film is how it makes Al both an easy villain an interesting contrast with Marian’s own actions. When Marian gets money, she uses it to better herself and provides for her mother. When Al gets it, he just wants what he’s lost back, and is willing to spend as much of other people’s money as it takes to get it. When faced with someone they love losing their life’s passion, Marian takes it on the chin. Al denounces the person and throws a fit. Marian can see the big picture, Al just sees his own feet.

Marian is such an interesting, dynamic character through all of this, making her way in the world, and refusing to settle for multiple opportunities to take something easier or safer. She is wholly self-determined, nurturing but understanding, loving but with a distinct set of desires. Crawford is perfect at embodying this swinging between gumption and sophistication to make her way in a world that is clearly hostile to exactly what she is; a sophisticated, determined woman. 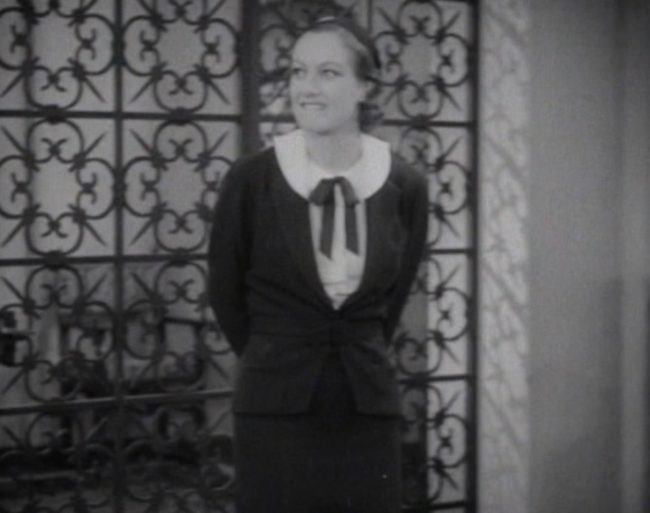 The chemistry between Crawford and Gable is also a high point to the film; there’s a fiery undertow to their conversations, something movies like the similarly stylish Forbidden with Stanwyck and Adolphe Menjou sadly lack. Brown helps the film immeasurably, relying on stylish shots to tell the story with MGM class; watch as the train rolls by early in the film, revealing the life of the rich to a gaping Crawford. Or one fantastic montage as more jewels appear on an arm that tears the years down from a calendar.

With visual and verbal with connecting to a well-told story, this may be Crawford’s best film of the pre-Code era. I mean, the ending is pretty much happy? How often does that even happen in one of these things? 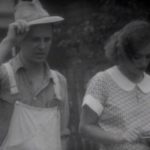 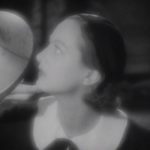 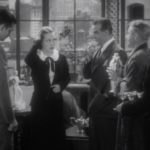 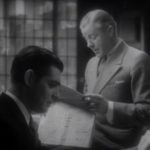 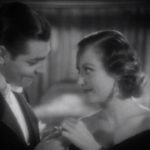 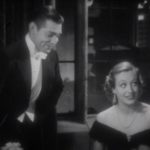 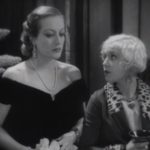 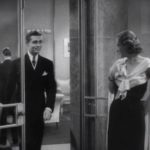 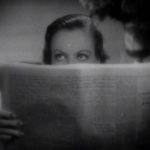 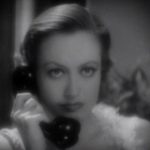 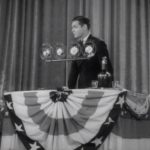 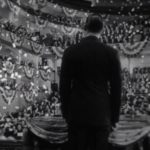 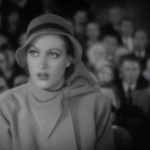 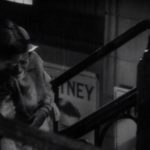 Possessed was the most “brazen” of the fallen women films, because of Crawford’s lack of punishment for her sins.  She was so popular, especially among young women, that her influence was considered to be downright dangerous.  “’You will be interested to hear the comment of two young girls sitting next to me when I previewed the picture’ huffed Mrs. Alonzo Richardson, a member of the Atlanta Board of Review. ‘One said to the other I would live with him, too, under any conditions.’” Another film critic ranted that “school girls and serving maids will pay Metro hundreds of thousands of dollars to watch this film and dream about it for days afterwards” another moral arbiter chided, “Norma Shearer and Joan Crawford introduce our little girls to the’ romance’ of kept women” (Viera Sin p. 55). But, did they fear the lure of illicit sex, or Crawford’s portrayal of feisty indpendence?

Another depth shot in the film is even more startling. This is the train sequence towards the beginning, when Joan Crawford peers into the train moving by, and sees all the inhabitants of the cars. The photography in this shot is so virtuosic, that it was included in Visions of Light (1992), a fascinating compilation film about American Cinematography. Seeing this clip in fact caused me to hunt up a videotape of Possessed, a film I had in fact never heard of. Like most early 1930’s films, it is nearly completely forgotten today.

But their magnetic appeal as a screen couple first became apparent in Possessed with its potent blend of politics and sex. Not that the film was perfect – an unrealistic happy ending and Crawford’s rendition of “How Long Can It Last” delivered in three languages were low points – but Possessed also “proved to be an important film in the progress of Joan’s professional life. It ended forever her period in movies as an empty-headed hedonist with a passion for dance. Now she moved to portrayals of girls on the rise from the lower classes, an apt metaphor with Americans submerged in the Depression.” (from the biography Joan Crawford by Bob Thomas).

I love, love, love Possessed — always have, always will. Loved your review, too!

This is one of those movies you never quite forget. Although I love Crawford’s 1947 movie, also titled, “Possessed”.Crawford’s character here, yearns so realistically for a better life, no matter what, and she’s so brazen and open about how to get it– it’s startling. The promise made to her by the rich man and the train going into the night and everything it implies– you probably imagine completely wrong what happens next! Lol! The rich guy that makes the promise on the train was drunk and not only doesn’t remember later– but doesn’t *want* to remember Crawford later! …quite unusual for your typical 1930’s ” meet cute”….but also quite believable. Also of note in the cast is Marjorie White–who Three Stooges fans may remember from their first solo short, “Woman Haters”. A thankless role here…. but great in “Woman Haters”…. a weird but hilarious 1932 Wheeler and Woolsey outing, “Diplomaniacs” and in a 1930 film, “Just Imagine”. Tragically, White died in a tragic auto accident in 1934. What a talent. Crawford and Clark Gable are real as a live-in couple way before it’s cool to be that— and Crawford as a kept woman that loves her keeper and the problems that situation brings for the times are real and feelable. I like too!

Excellent site. It is eating up way too much of my time :-). I look forward to your reviews of “She Had To Say Yes” (recently out by Warner Archive) and “Wonder Bar”….the two films I consider the, uh, pre-codiest of all.

Thanks for your latest review. I always enjoy the screen captures but notice that you have left the title cards off of the last couple. Will this be the new normal. I always like to see them for the artwork, especially RKO circa 1934. Thanks!

This is absolutely my favorite Gable/Crawford collaboration and also one of my favorite Pre-Codes.