I Sell Anything (1934) Review, with Pat O’Brien and Ann Dvorak

I Sell Anything: And You Can Keep It

“Barbara, there was never a law to keep a sucker from being a sucker.”

The value people attach to objects is interesting. I own a picture of Ann Dvorak given to me by Christina Rice, and it’s among my most valuable possessions because it was a picture that Dvorak herself had owned. Of course, Christina may have just been blowing air up my rear about that– for all I know, it’s just a picture Rice had sitting on the shelf and was next up for paper airplane material. But it’s the story that gives the object it’s power (even beyond the fact that it’s a sweet image).

That picture of Dvorak isn’t from I Sell Anything, which is good because I may have trouble looking at it again after that. I Sell Anything– a phrase which the main character repeats about once every ten minutes in the movie just in case the audience has forgotten which of the plentiful 1934 releases where Pat O’Brien plays a loudmouth jerk they’re watching– is about an auctioneer con artist who gets too big for his britches, traipsing the line between small cons to the big stuff and getting punished by a bigger fish in the pond. He learns his lesson, sticks with the homely, quiet girl, and there’s a kiss at the end because they already made four jokes in the movie and they don’t have the budget for a fifth. 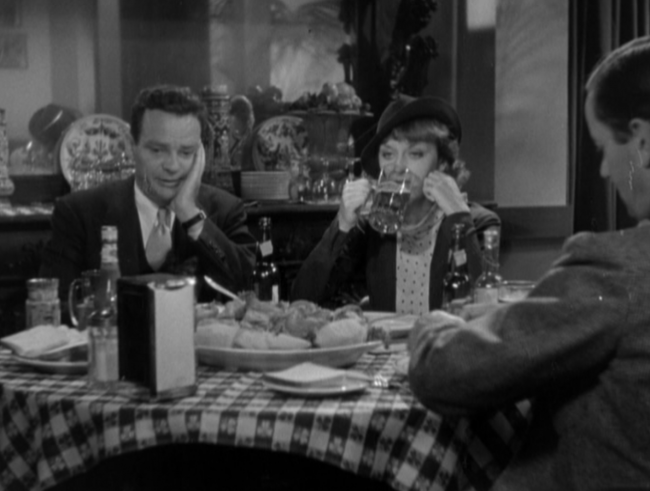 O’Brien is “Spot Cash” Cutler, who has a pawn business that becomes an auction house just as soon as enough suckers get in. He buys and resells watches, uses stooges in the crowd to push up prices, and then outright breaks things to trick people into paying even more for the final result. A favorite is the ‘box’ con, where there’s a box and you don’t know what’s in it, but it could be anything. How much am I bid?

In this way, Cutler preys upon the bottomless hopes of people, with several customers even spending their last few dimes on the desire of finding some mystical treasure that will be worth their investment. It never is (through, of course intentional design), at least until Cutler actually gets his hands on a pricey antique and doesn’t know it– then Claire Dodd’s Millicent is just too happy to take it off his hands at a bargain basement price and a few doughy leers. 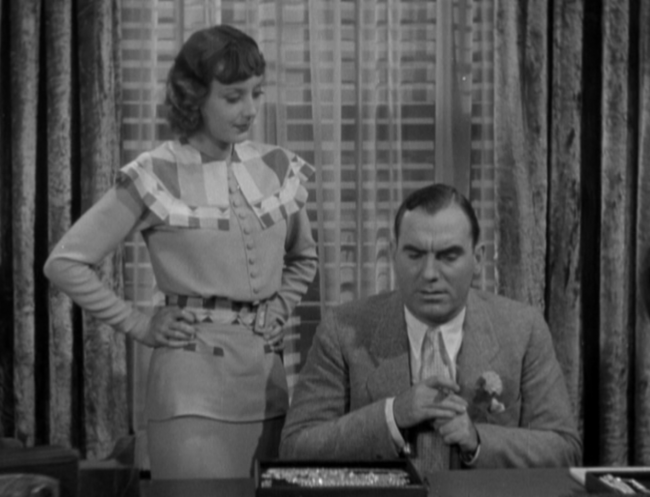 He gets mad and tries to get even by moving into the Park Avenue set with his racket. Much mirth is made as O’Brien and his stooges try to class things up, but they quickly fit in as they can easily trade falsified antiques with lively stories and some pizzazz. Unfortunately, it turns out that even a master conman can get taken by another, especially when he lets love get in the way.

Here, let me use one scene to illustrate the film’s problems. After Dvorak’s Barbara faints from hunger, she gets to spend the night in Cutler’s apartment and makes the whole gang breakfast the next morning. The scene is mostly shot with O’Brien and Dvorak in the frame, with occasional cuts to Russell Hopton and Roscoe Karns as they bicker about their business and Barbara’s future. O’Brien munches away, Barbara looks grateful. O’Brien is purposefully underplaying, while Dvorak searches for something– anything– to latch onto. It’s hard to watch, as the body language and dialogue bounces off ineffectively. You have to wonder if the two actors (who also appeared together in the marginally better College Coach) got along at all, as many of their scenes demonstrate their romantic chemistry somewhere along the lines of water and oil. 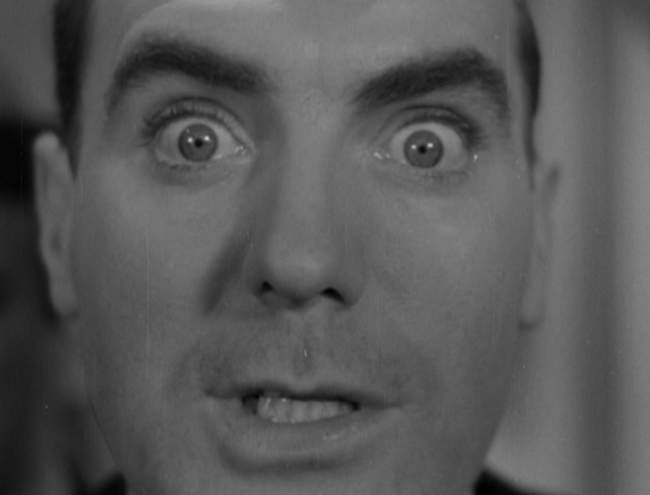 How much Pat O’Brien face is too much? Discuss.

But again, that speaks to the film’s problems overall. O’Brien plays the role like someone who’s had a beer too many and whose favorite football team is losing in the third quarter. He looks grumpy and dead eyed. More than a third of the film’s dialogue is monotone auctioneer speak, which helps nothing, especially my will to live. Claire Dodd’s character is colorless, but has more to do than the afterthought-of-a-role that Dvorak is handed. The always funny Roscoe Karns is wasted, as are the rest of the stooges.

I Sell Anything gets points for its sheer amorality, especially since this is the rare film where the hero rips off both rich and poor and gets no comeuppance for it. In fact, he declares ripping off the poor to be more along his lines. What a guy. What a movie.

I don’t recall too much about the film, other than thinking  that watching Pat O’Brien as a con-man should be way more interesting, and that this film might be the biggest waste of Ann’s talents that Warner Bros. subjected her to. […] I don’t think I Sell Anything has as much interesting social commentary to offer. My mom was with me for the second viewing, and halfway through she turned to me and said, “Gee, this isn’t very good, is it?” 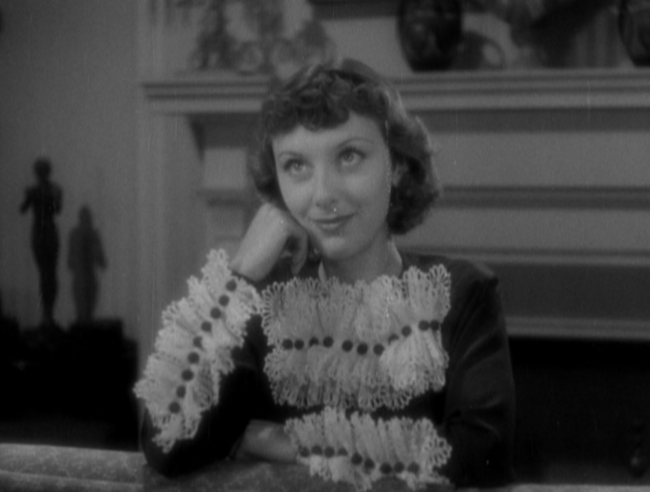 Ann almost escapes this movie through sheer willpower, but no luck.

O’Brien carries the picture through several lengthy auction sequences which could have easily been trimmed down – note: the picture only runs 70 minutes, as is. Indeed, watching O’Brien ham it up and completely take the crowd are really the only entertaining bits. Besides him, the rest of the cast is given very little to do. Cutler’s partners, Roscoe Karns, Russell Hopton, and Robert Barrat, work fine in their minimal roles, but to be honest, it looks like they just wandered over to set and were caught clowning around with the cameras on.

Any veteran filmgoer who cannot chart the progress of “I Sell Anything” after sitting through ten minutes of it should be made to stand in the corner until dinner time. […] [D]espite its picturesque and spirited misuse of the King’s English, the film is too anemic for the Broadway area.

I haven’t watched this one yet, and I’m no O’Brien fan, but jeeze, it sounds like it SHOULD be more interesting. The mystery box as you describe it reminded me of “Let’s Make a Deal” and then, more contemporary, all of those storage locker auction shows. I recorded it off TCM a couple of weeks ago, I’m going to try to brave it out soon!