Proof That It’s a Pre-Code-ish Film

“If only you were the second richest girl, that would have been different.”

A lightweight romantic comedy, The Richest Girl in the World enlists two of the pre-Code era’s more audacious stars along with handsome everyman Joel McCrea into a love triangle that is wholly one sided. If only the man knew that from the get go.

Miriam Hopkins’ Dorothy is the titular richest girl (not woman; she’s barely a child at 23!). However, she keeps a low profile to avoid fortune hunters, using her best friend, Sylvia (Wray), as her public face as needed. This leaves Dorothy to sulk gloomily as men after men trickle by her, either eager to get her money or too intimidated by it to make much of a go of things. 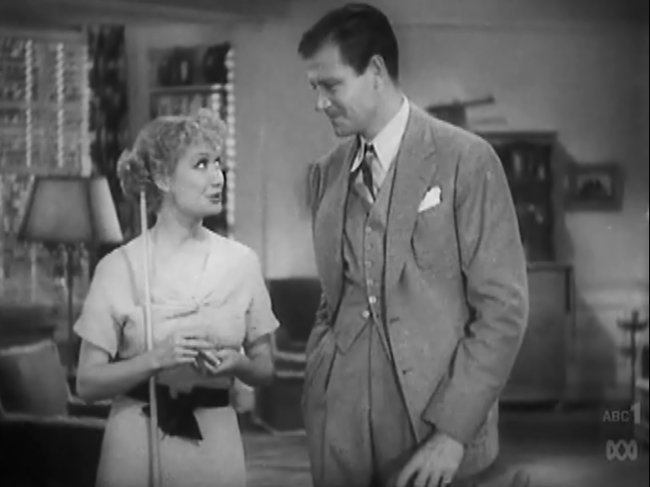 This changes when she meets the handsome Tony (McCrea), whose laundry list ennui with the world matches much of her own. Dorothy has to know, though– is he a gold digger? To find out, she decides to push him on Sylvia, seeing if Sylvia’s fake wealth is more of a lure than the chemistry Dorothy and Tony share. It gets pretty demented after a while, too, as Dorothy and Tony drunkenly cuddle up, Tony saying that Sylvia (pretending to be Dorothy still) is showing no interest, and he keeps telling Dorothy jokes and pestering her for dates. But she has to know for sure.

While it takes a bit for the movie to get going, Hopkins and McCrea have great comedic interplay (the two star in one of my favorite films, 1937’s Woman Chases Man), and Fay Wray gets plenty of opportunity to make some very worried expressions as Tony keeps getting foisted on her, much to the consternation of her very British and doting husband, Phillip (Reginald Denny). Wray and Hopkins are two of cinema’s greatest ‘side eye givers’, and they make a great team. Wray’s revulsion and Hopkins’ single-minded quest are a lot of fun to watch unfold, especially as the film reaches its climax where Hopkins decides to pretend she’s sleeping with Phillip– after all, if Tony really loves her, she has to know for sure. 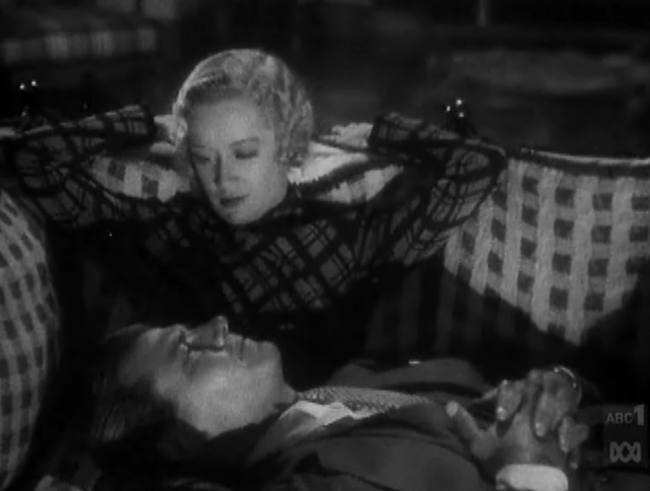 It’s a very cute film, even if it has a couple of stretches that go too long, but it otherwise makes good use of things. It’s extremely elevated by the easy rapport between the leads, where their desires are all too apparent. There’s real magic in a few moments, too, such as the seconds where you can see the jealousy and loneliness seep into Hopkins as she watches Wray and Denny dance under the stars, or that drunken night in front of the fire where McCrea tells the worst rendition of a biblical story you’re set to hear.

But it’s romantic all the same. You understand Hopkins’ cautiousness and McCrea’s fear of being poor. And you definitely get that worried look on Wray’s face– she has to know that Dorothy knows for sure, too!

RKO paid Krasna $4000 for his story, with Ann Harding in mind to star. But in the end the studio borrowed Miriam Hopkins from Paramount and Fay Wray from 20th Century Pictures and teamed them with RKO’s own contract player Joel McCrea. This would be McCrea’s last film under the contract. He had grown unhappy with the RKO assignments and loanouts over the previous five years, and after this film he made a picture each at Paramount, Fox and MGM before signing with Samuel Goldwyn Productions. By that time Hopkins had signed there as well, and the duo teamed up for four more movies over the next three years, including These Three (1936). 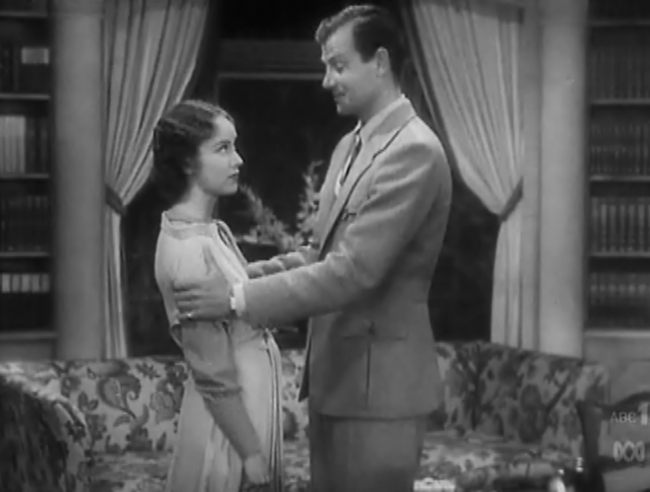 The role swap story is fun, but the main reason I chose to re-watch and write about this movie is that I really enjoy Joel McCrea and Hopkins as a screen couple. Her zaniness, hyperactivity and absurdity mesh well with McCrea’s steady, deliberate, careful approach in all the five movies they made together. He has a great comic touch as he barrels on in this movie’s discussions, confident in his theory of love, which pooh-poohs romance and materialism, yet he positively lights up like an adolescent at the idea of a girl liking him. Sometimes he’s conceited and oblivious or dense and downbeat, and always makes for a perfect deadpan receiver for Hopkins’ lines that range from witty to deflating to dumbfounding. Of course as romantic lead his looks and charm are perfect, no surprise to any of his fans. But here his idea of romance is confusing. He doesn’t believe in love, he just wants a pal, and “if he feels like it” he’ll marry her. He would neither marry (who he thinks is) the heiress for her money nor would he NOT do so, nor would he hold her money against her! Yes and he’s very firm about all that. So good luck figuring out his exact feelings, logic and standards.

It’s stagey and then over — what is the god element? Of course Hopkins is God, Wray is the Devil. It’s not enough for omnipotent hot rich crazy noble God to have our love, he wants to force us into the choice of Him, in filthy rags and no teeth, or decadent luxury and everything we could wish for all wrapped up in Wray’s sensuous evening gown-sheathed legs. Who could resist the latter? Only a chump, but that chump’s the one goin’ to hell.

[…] It can be hard to stick with this film at time since Hopkins is so intentionally dislikable, but so is God at times, at least in the Old Testament. 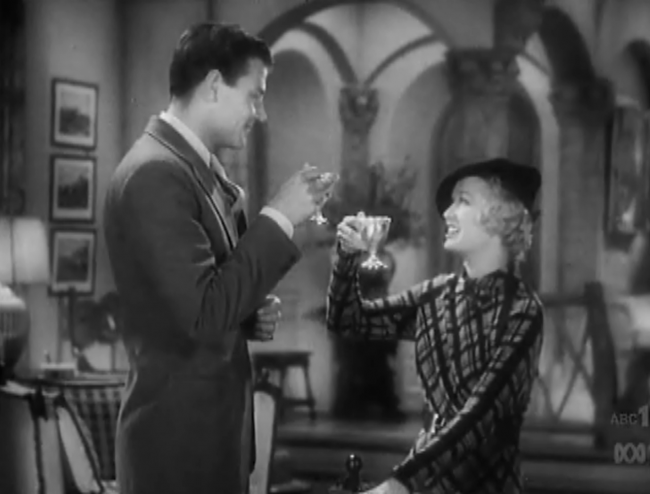 When “Dorothy Hunter” accepts Tony’s proposal, he tells her, “You know, I gotta start bossing you around so you’ll be broken in right.” It’s an unwittingly ironic statement on Tony’s part, because he still does not realize that he is the one who is being “broken in,” as Dorothy and Sylvia dangle him from the marionette strings. In this particular round of the battle of the sexes, Tony is the one being played. Dorothy–the real Dorothy–holds all of the power, and interestingly enough, it has nothing to do with her vast wealth, and everything to do with her ability to fool Tony and manipulate him in order to judge his behavior.

From a strict cinema standpoint, the new film talks too much for its own good, and its garrulity should commend it to the professors of what is humorously known as the legitimate stage. […] To be grimly masculine about it, the trap which the fabulously moneyed Miss Hunter sets for her young man is as cruel and feline as possible.